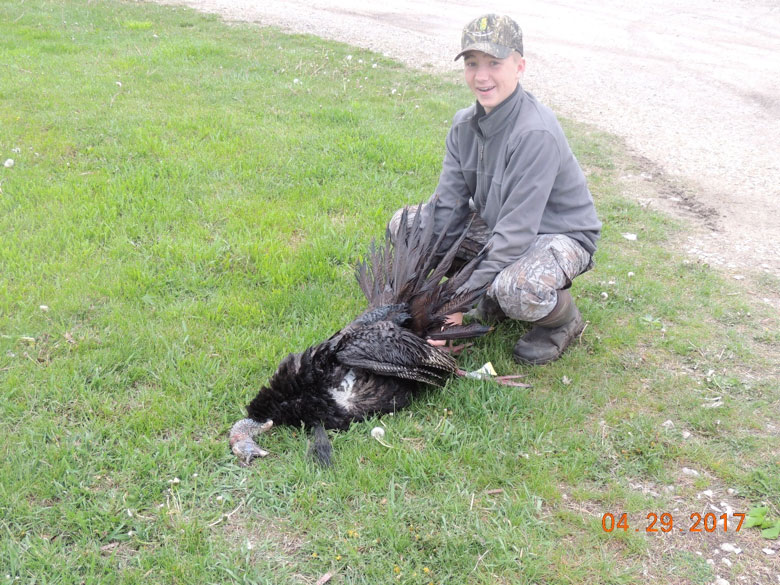 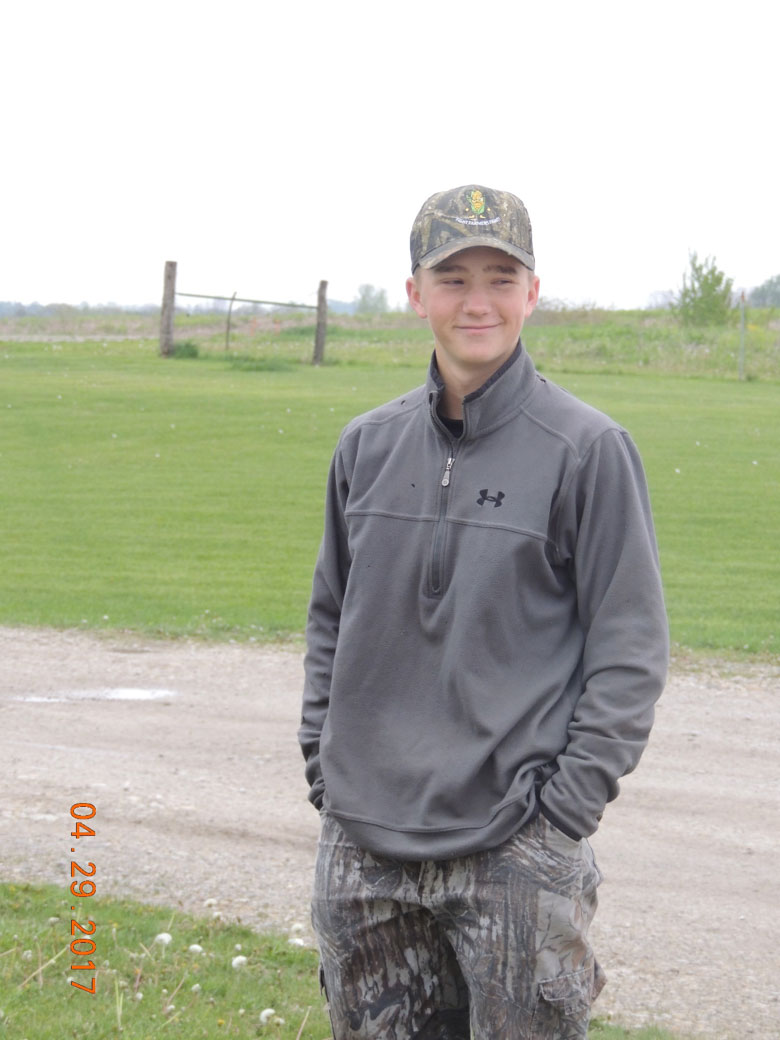 A week or so ago, Rhett got a turkey the opening weekend of youth season. And unbeknownst to me, he got another tag which allowed him to hunt for another one with his bow.

So this weekend he woke up bright and early and headed out for the hunt. He had never shot a turkey with a bow before but he really wanted to. And he came home with a turkey! And quite a story to go along with it.

Now I may mess up a few of the details, but here are some of the highlights from the hunt. Rhett got to his blind before sunup. He heard a turkey up in the trees and called to it once to let it know he was there. Then he settled in for a long wait until it came down from the trees. He sat hunched over peering out the window of his blind for quite some time. It was getting daylight, and his back was aching. So he decided to lean back in his chair for a bit. But he leaned back a little too far and tipped over backwards in his seat…nearly taking the blind down with him.

What a commotion! He lay there stunned for a brief instant and then righted himself. “What a fool!” he thought to himself. He sat their looking at his boots berating himself for being so clumsy and noisy. He looked up at the tree and the turkey was gone. Darn it!!

Suddenly, he caught a movement from the corner of his eye. Holy smokes! The turkey was 10 yards in front of him walking his way! He couldn’t believe his eyes. Then he realized his bow was on the ground at his feet. Shoot! The turkey was sure to see him now. But he slowly and calmly bent over to pick up his bow. Then he realized he had left his release at home. What else could go wrong?! The turkey was now 5 yards away. Rhett drew back his bow with his fingers and let the arrow fly. BAM! He hit the turkey.

However, the turkey flew over the fence with Rhett’s arrow in him. Bummer! But Rhett was going to find this turkey. He was determined. So over the fence he went. He put all of his super-strong tracking skills to work (as Ty would say) and found the turkey. But as he went to retrieve it, it ran away! Right over the bank of a ravine.

There was no turning back now. Rhett wanted this turkey so bad he could taste it, so down the bank Rhett went, too. And just as the turkey was floating away, Rhett grabbed him.

What an adventure! I’m pretty sure this will go down as one of the most memorable hunts of all time.

And you can see from the picture that the turkey was still a bit damp by the time he got home. But Rhett was one happy hunter! We had the turkey for supper that night and I would say it was well worth the effort. He was tasty!

Hope you all have a great day!