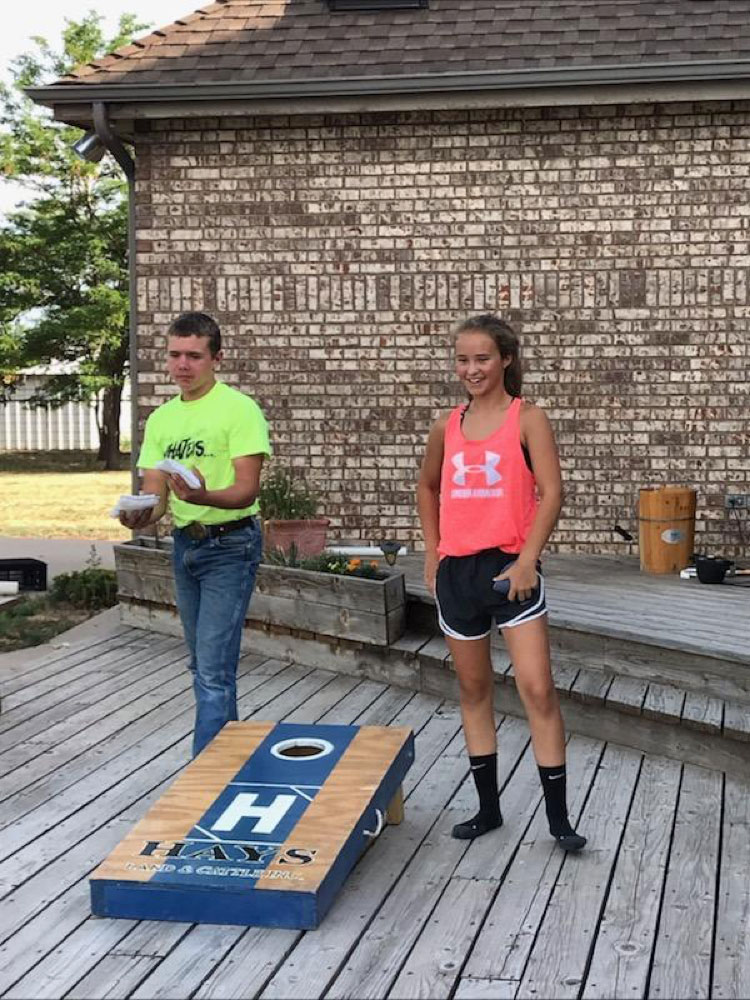 We had a cut-throat, edge-of-your-seats, no-holds-barred bags tournament last night.

The teams were randomly selected and a five-team, double-elimination bracket was created.

Now I may have been the one in charge of the tournament, so I graciously put Craig and I down as the number one seeded team. My opponents went on and on about how humble and kind I was. It was so gratifying. 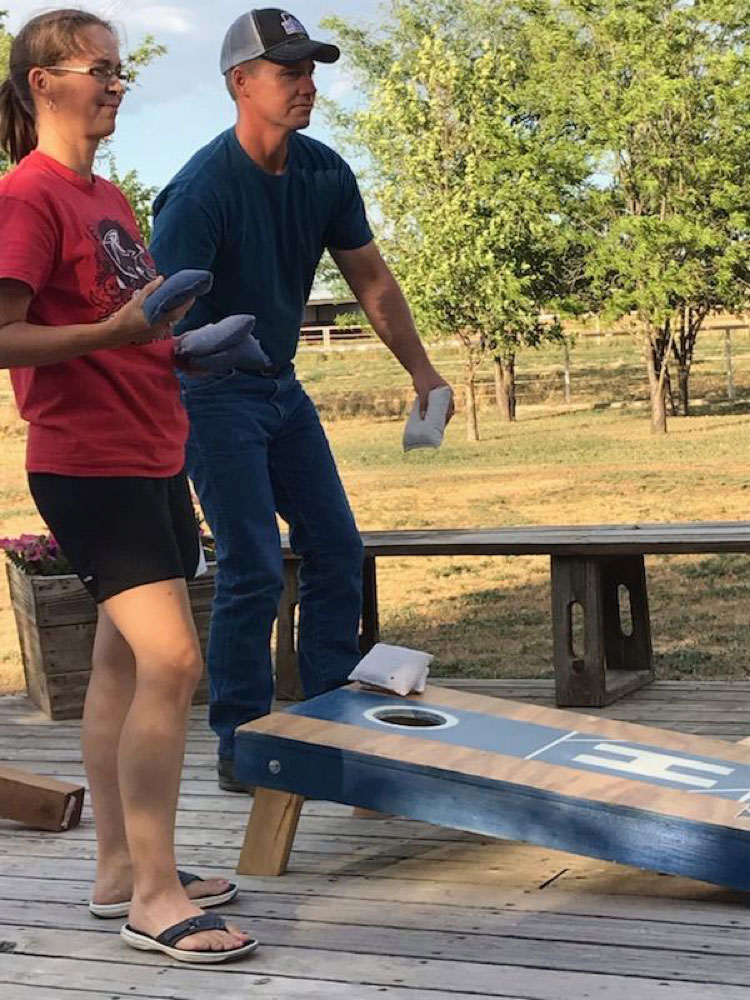 I really turned up my humility and kindness during this particular game. Will and I were opponents and I kept building him up with encouraging words like, “Good try, honey. You’ll hit the board next time.” And, “Sorry about that sweetie. I didn’t mean to knock your only point off the board.”

See what I mean? So uplifting and encouraging. 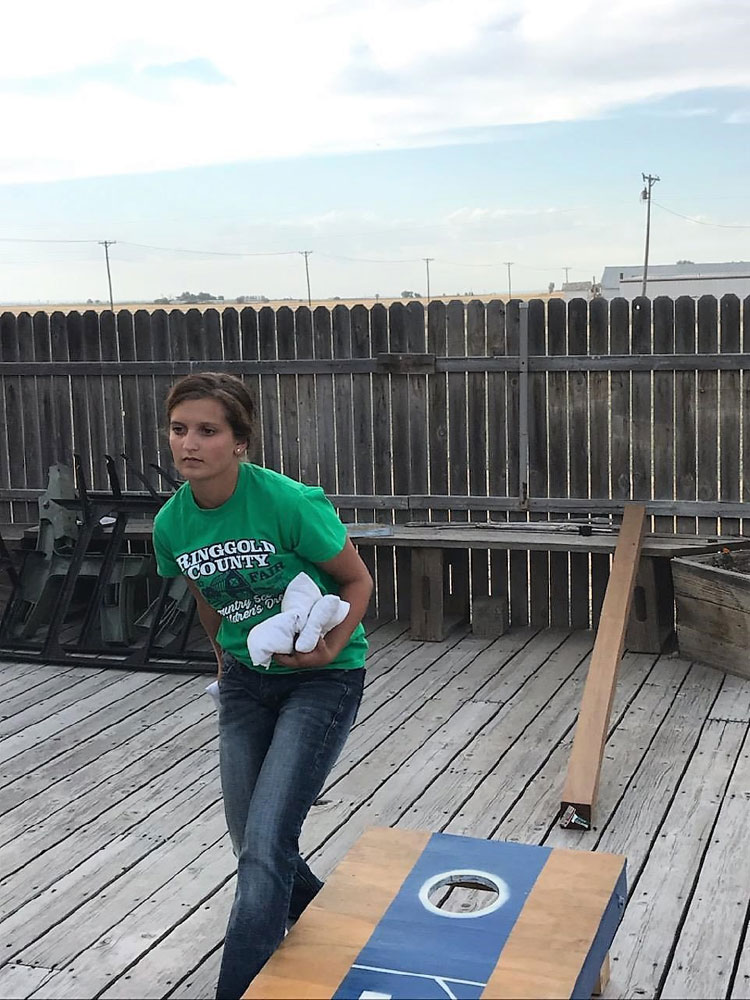 This little punk, however, was a complete animal. It was horrifying. She and her sweet cousin swiftly bumped Craig and me into the loser’s bracket on our first match up. I couldn’t believe it. We were in the loser’s bracket?!? How did this happen? What could have possibly gone so terribly wrong that we would wind up in the Loser’s Bracket?

You know, I’ve never liked the term “Loser’s Bracket.” It’s so derogatory and negative. I’m going to go ahead and call it the Second Chance Bracket. (There I go with my positivity again.)

Anyway, we fought out way back through the Second Chance Bracket and were on a roll. We were unstoppable. The sweet taste of victory was within reach! We had battled back all the way to the Championship Game.

But you’ll never guess what happened next. We had to call a supper break. I tried to delay it. I fought it with my entire being. We were so close to closing the deal on this whole thing that I didn’t want to stop. I didn’t want it to mess up my mo-jo, you know?

But the hungry mob overtook me, and we were forced to take a supper break.

And what happened next is extremely difficult to write, so I’m going to go ahead and tell you what should have happened.

Craig and I won.

There you have it. All sweet and simply like. No fireworks; no drama. Just a quick little painless victory for the number-one seeded team. 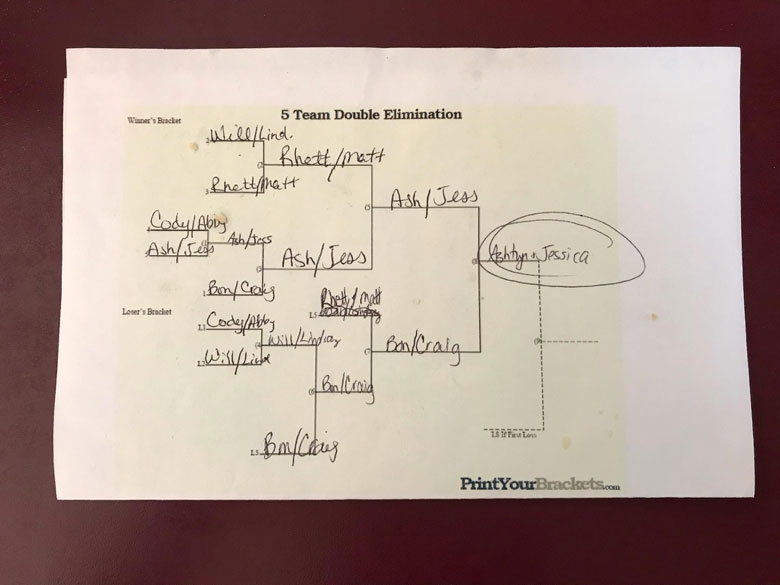 And I think I figured out what really happened. You see, I think Will bribed Craig to throw the game so that he didn’t have to listen to me brag about our amazing victory. That had to be it. That’s the only explanation that makes any sense.

But don’t worry, honey, I still smoked you, so I’ll go ahead and gloat about that for a while.