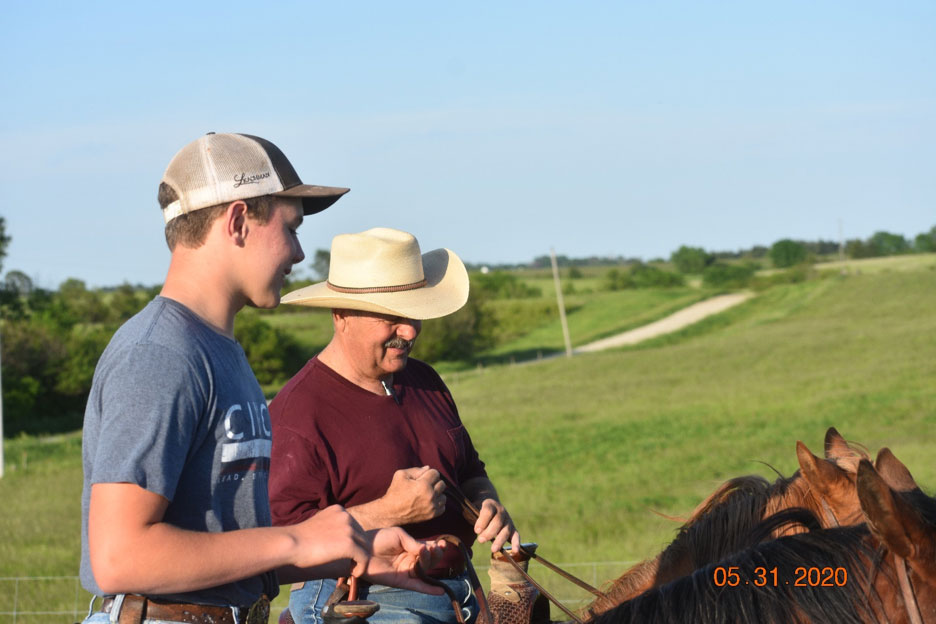 Can you believe we’re heading into our last full week of June?!?  I guess what they say is true, “Time flies when you’re having fun!” 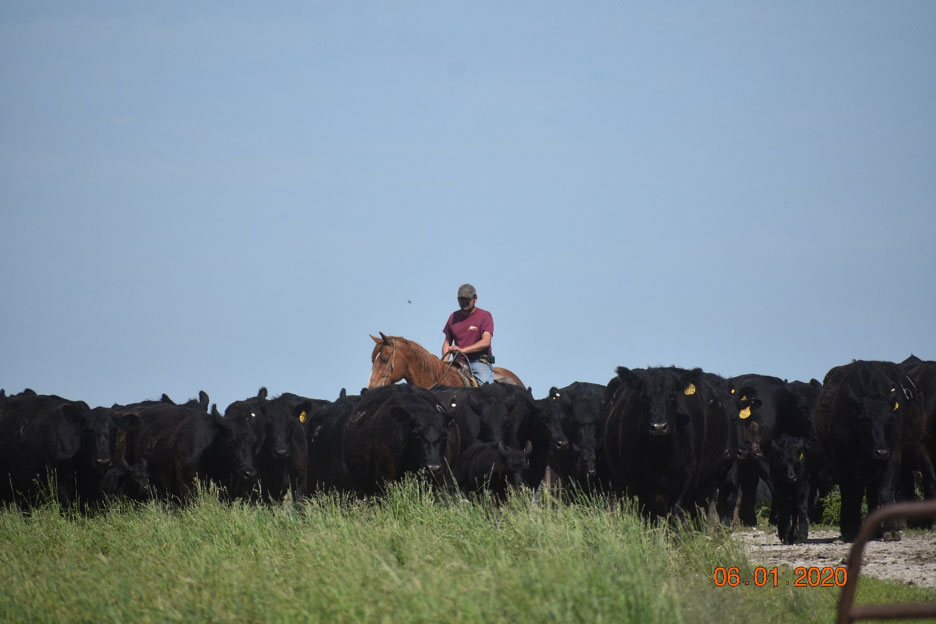 And I don’t even know where to begin on trying to catch you up on all the “goings on” around here, so I’ll just try to give a brief (or not so brief) recap. 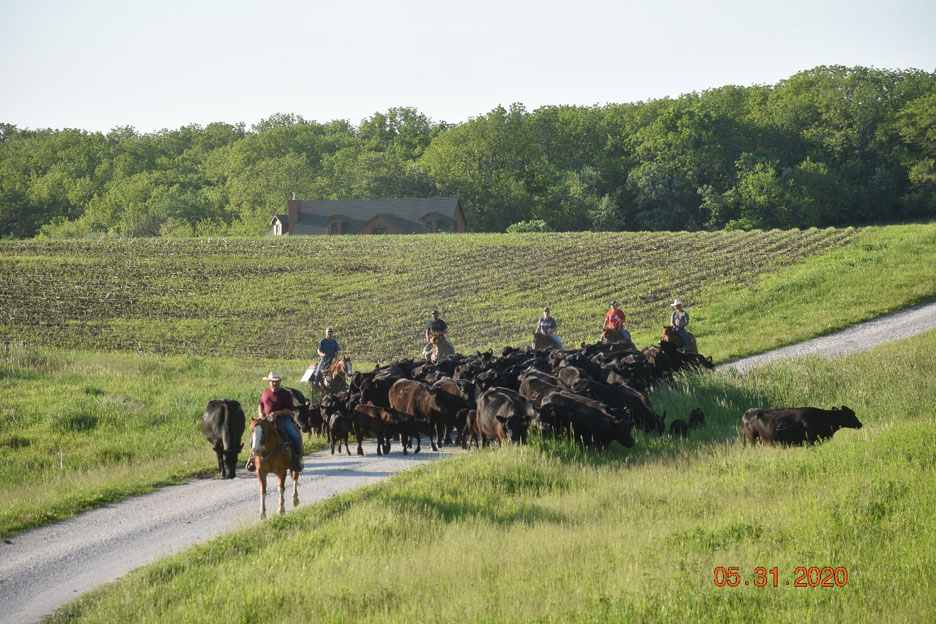 Frist, we’ve been moving lots of cattle around.  It’s June, which means it’s Spring Breeding time, which means we have to bring all the spring cows up, work them, sort them and move them back to various breeding pastures.  Lots of cattle drives happen in June. 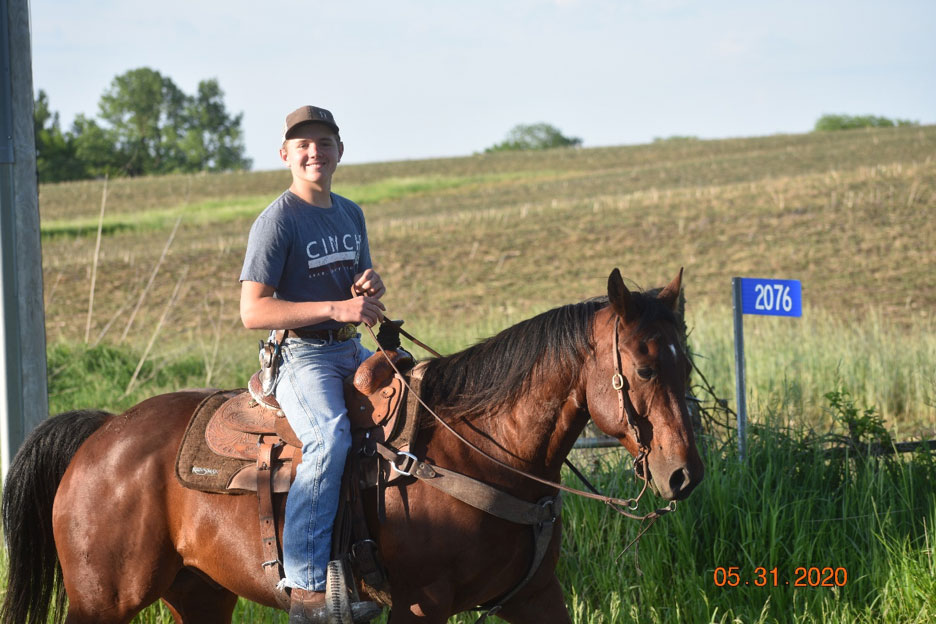 And I love cattle drive pictures… 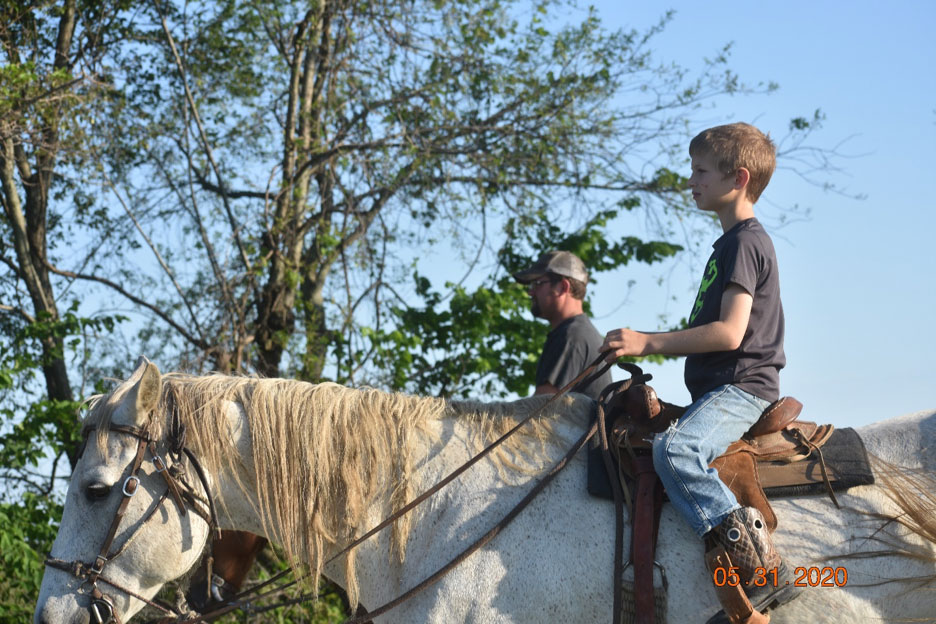 I’m not even going to cation these photos. 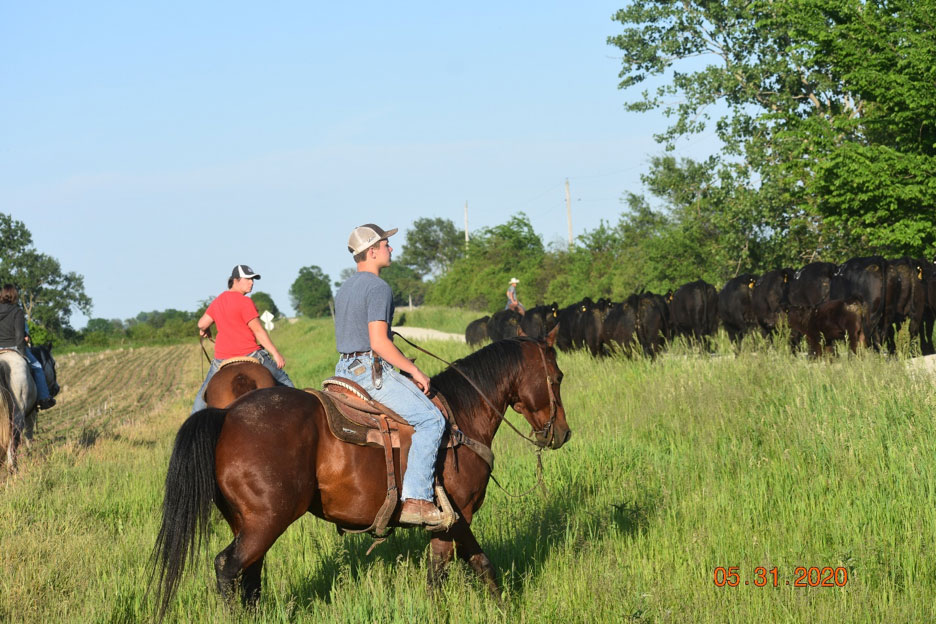 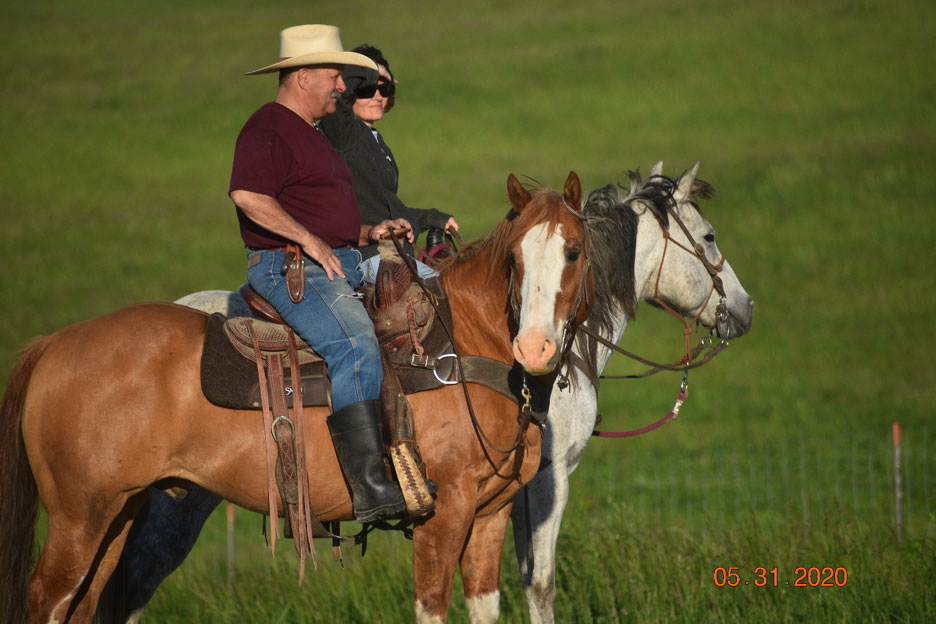 This one is titled, “Aunt Beck Forgot to Comb Her Horse’s Hair.”  Just kidding.  I think I’ll call it “Generations at Work.”

I love this picture. 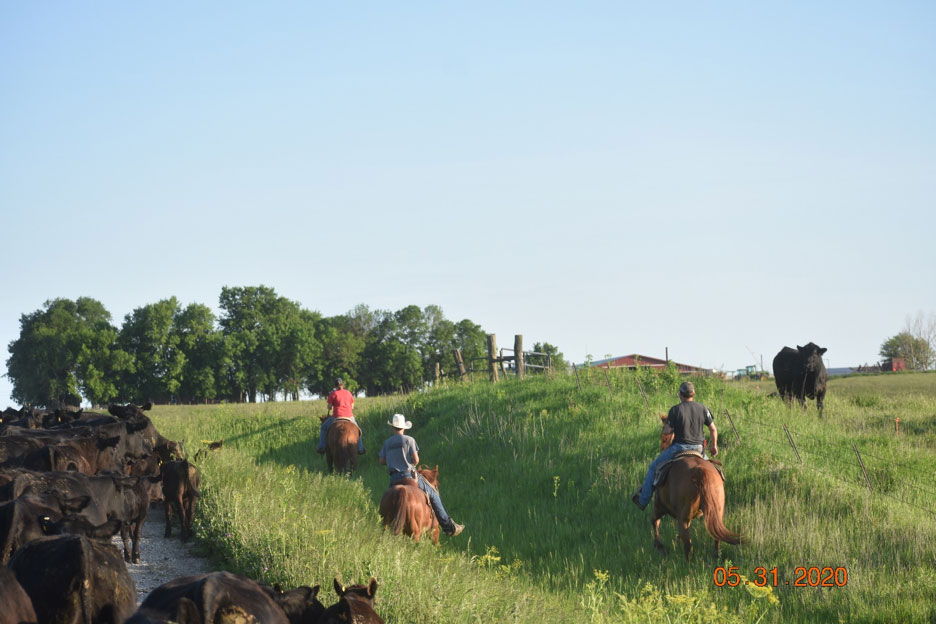 (That’s what the herd bull’s saying…just for clarification.  I’m not calling those cowboys ladies.  Lol.) 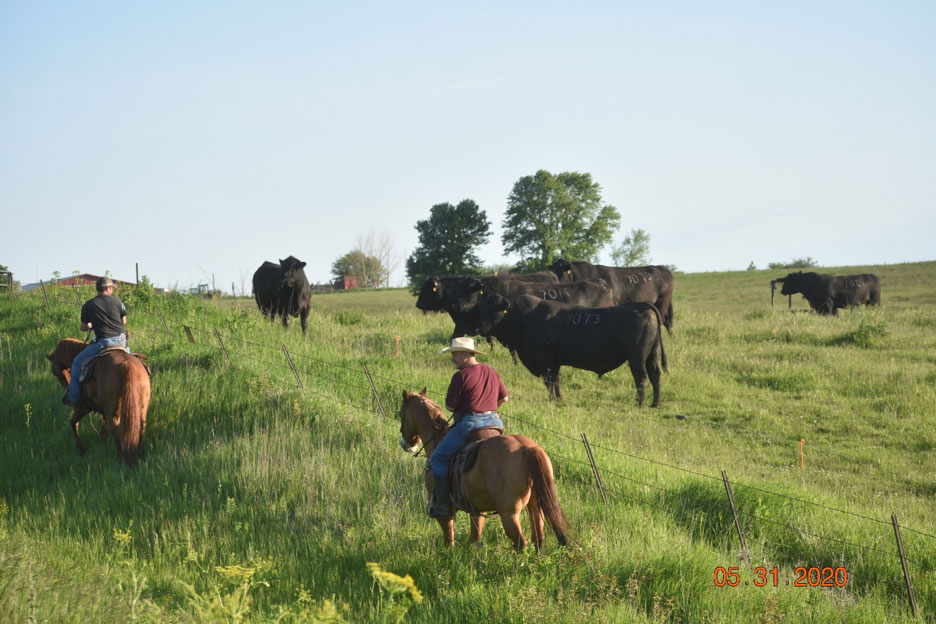 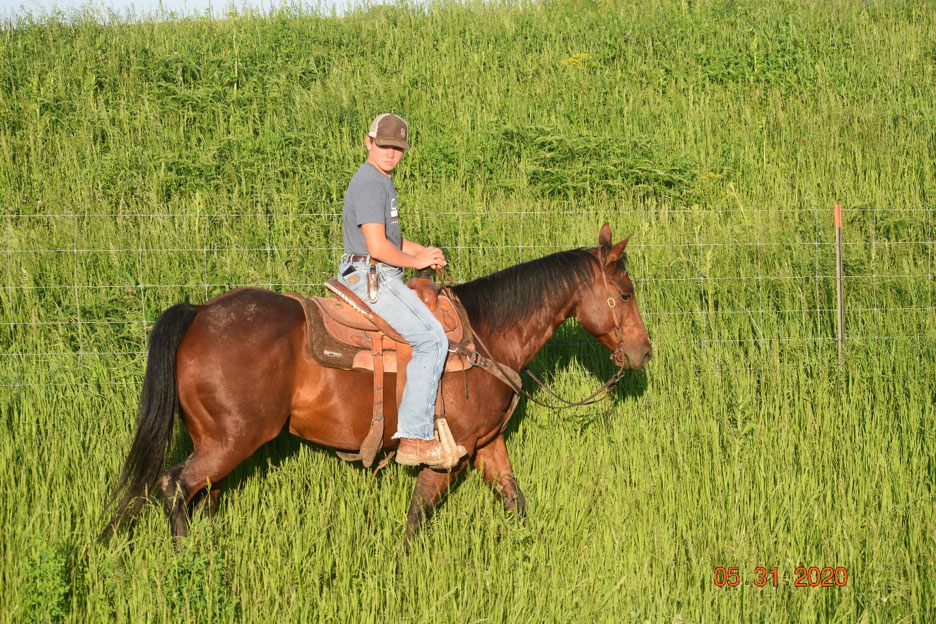 I’m going back and forth on the caption for this picture.  “Sweet Nephew on Handsome Horse” or “Handsome Nephew on Sweet Horse.”  It could go either way. 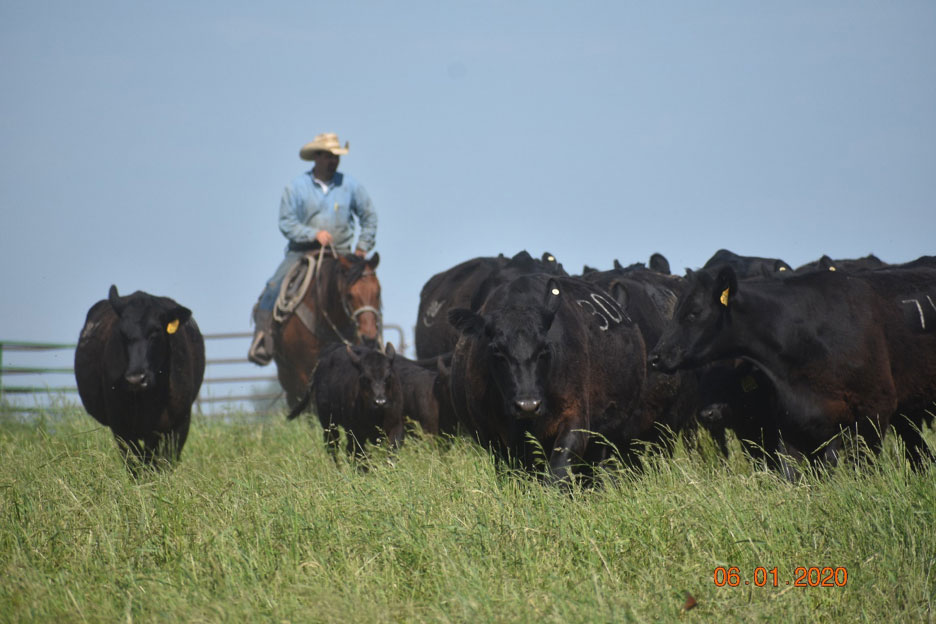 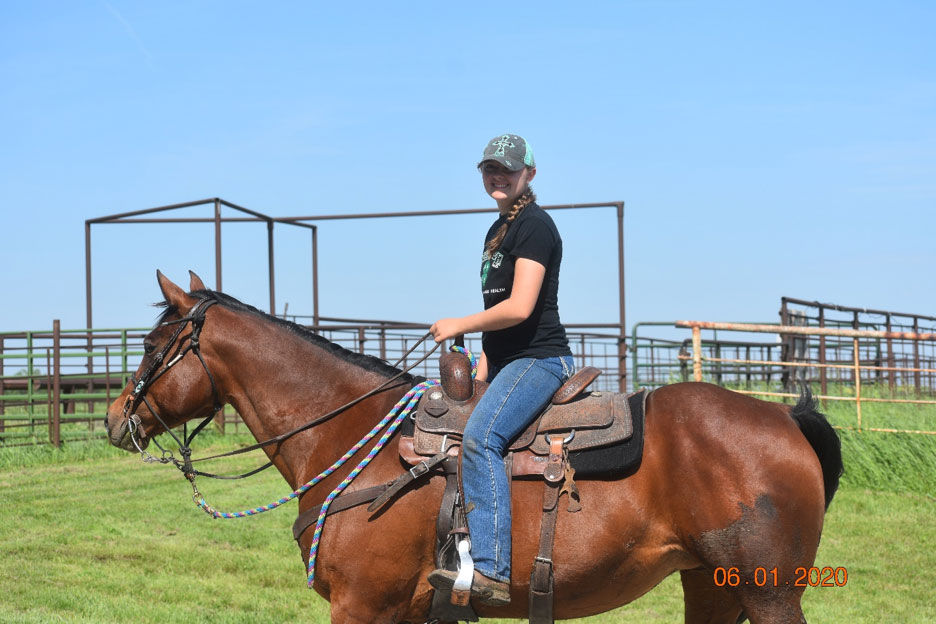 Okay, I’m giving up.  Now I’m just going to show you some more pictures that I like. 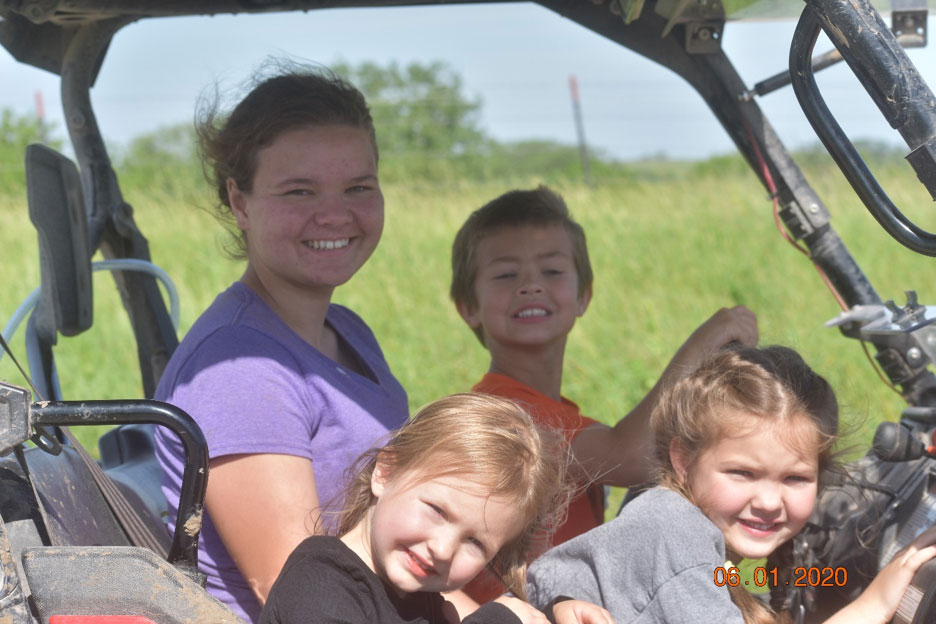 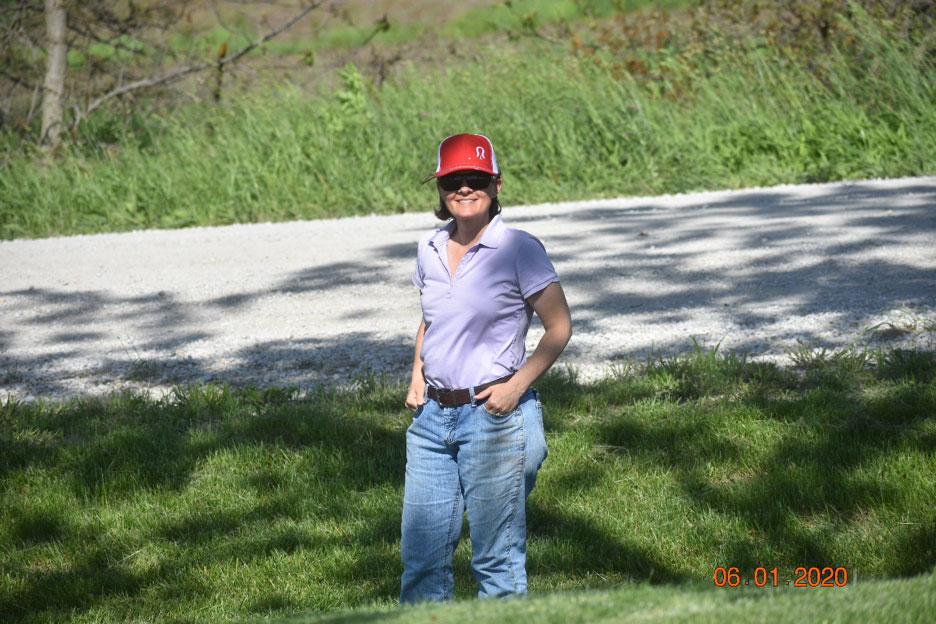 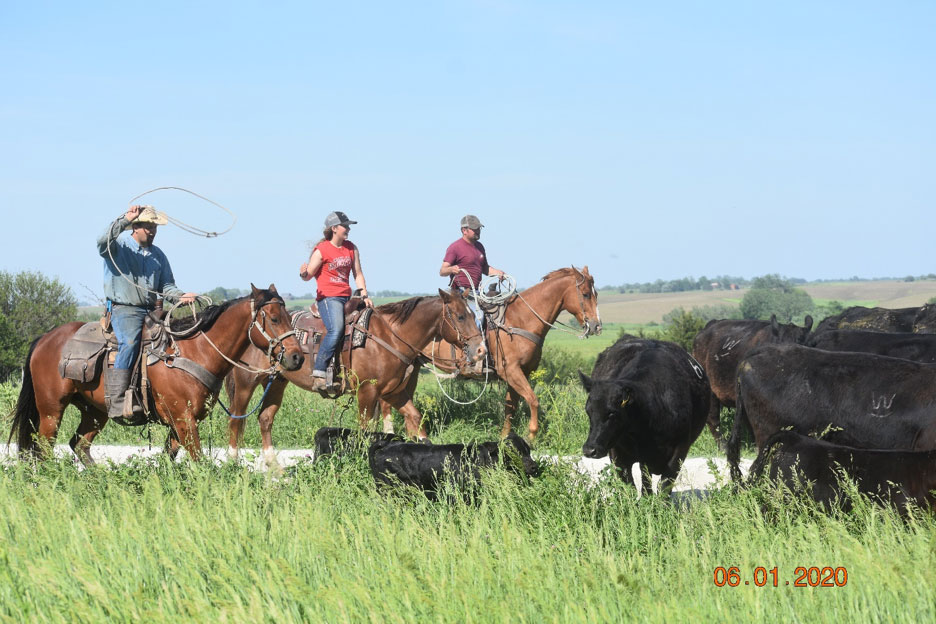 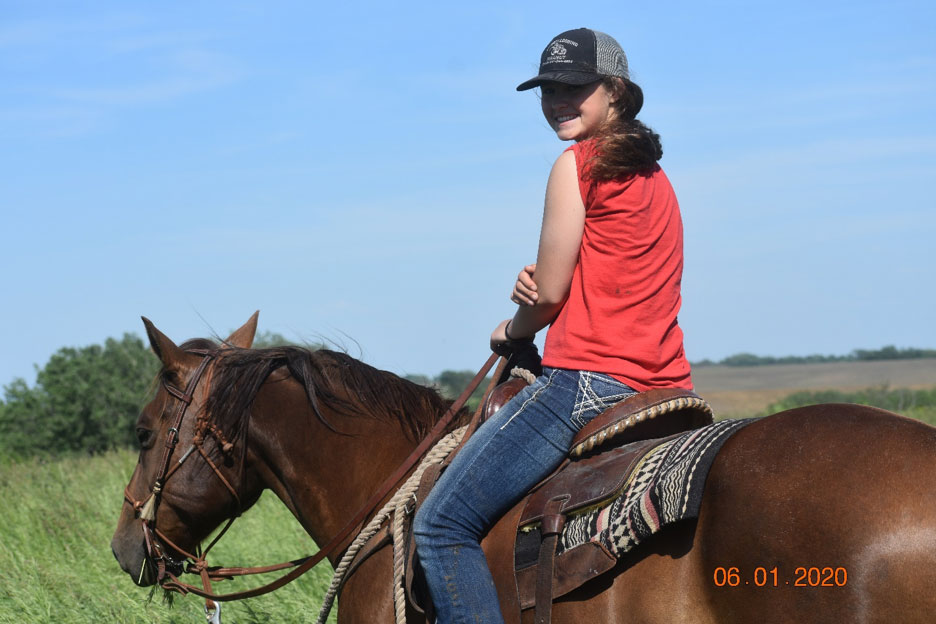 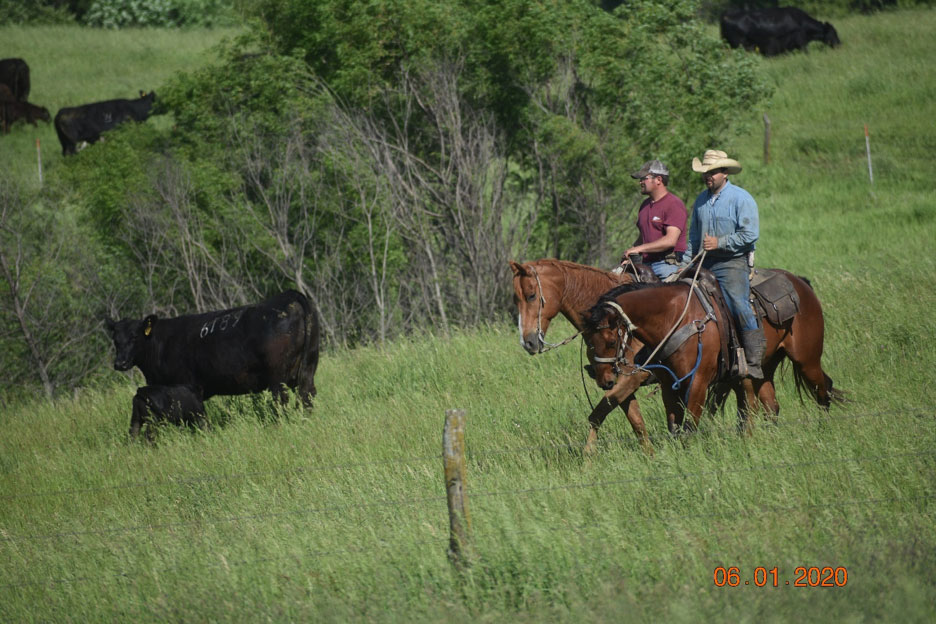 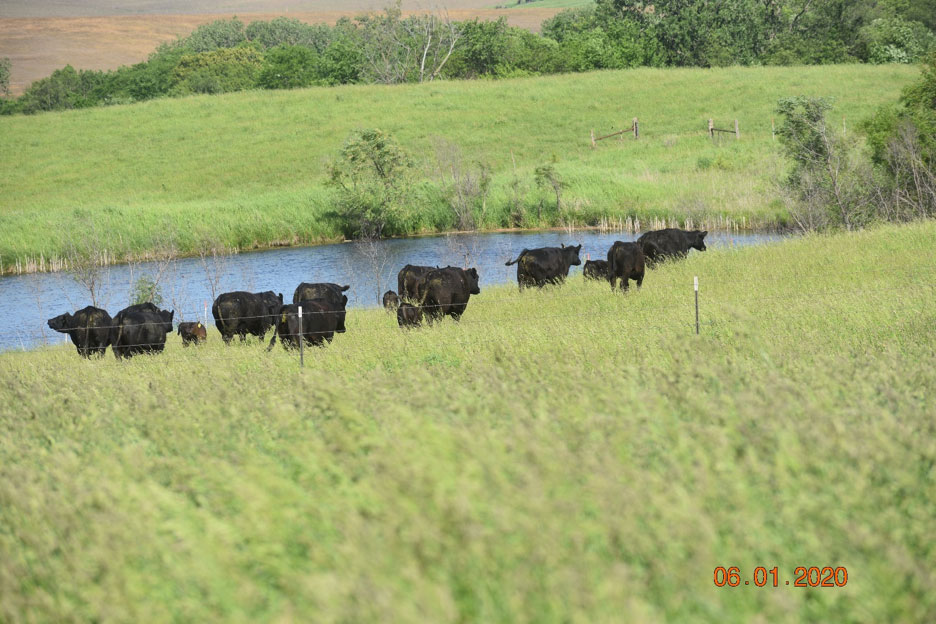 So, there’s a little glimpse at “The Cattle Drives” segment of the last few weeks. 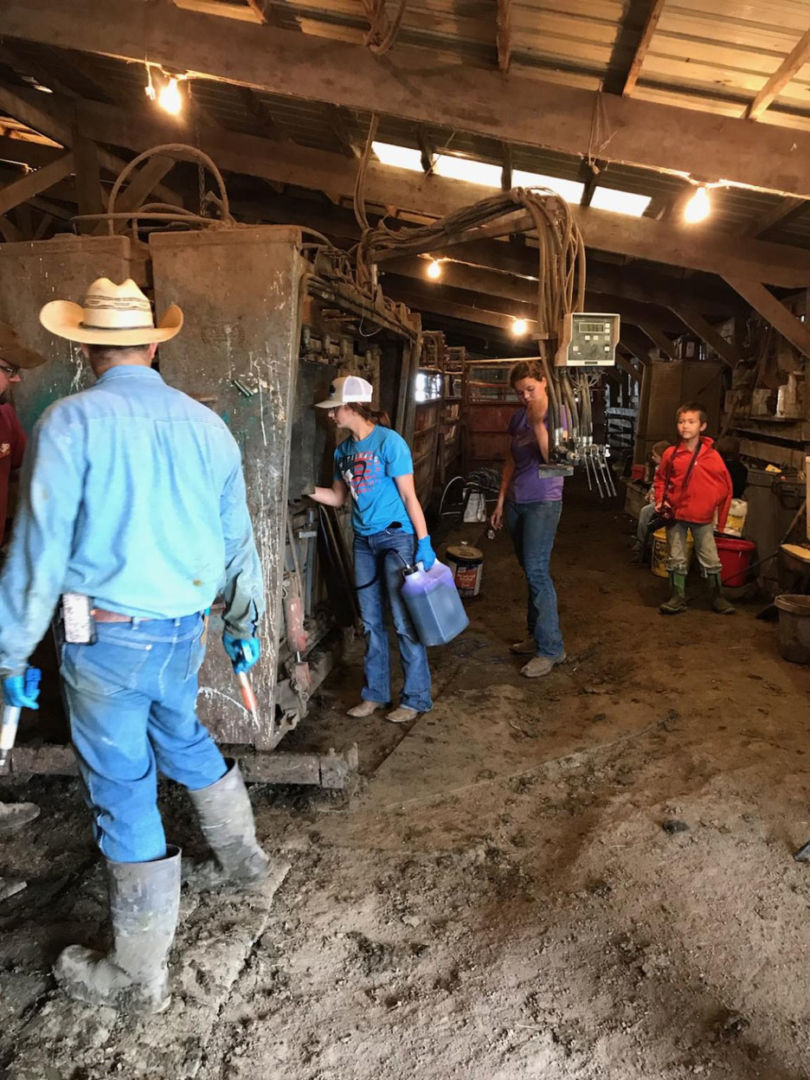 Next up is the “Cattle Working” segment.  After we move the cows up to the house, we vaccinate them and sort them into their respective breeding pastures. 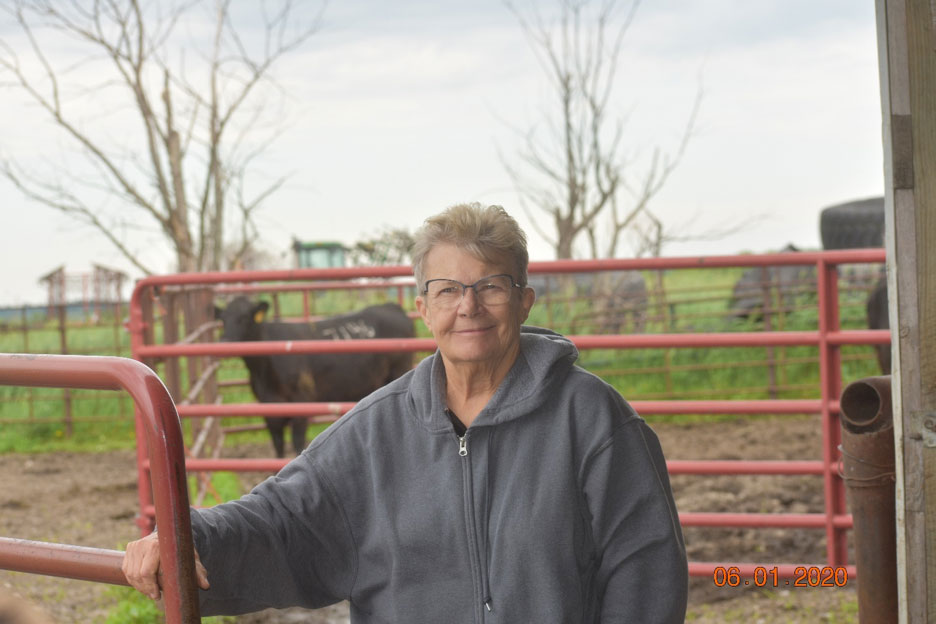 Aunt Carolyn got the job of running the gates. 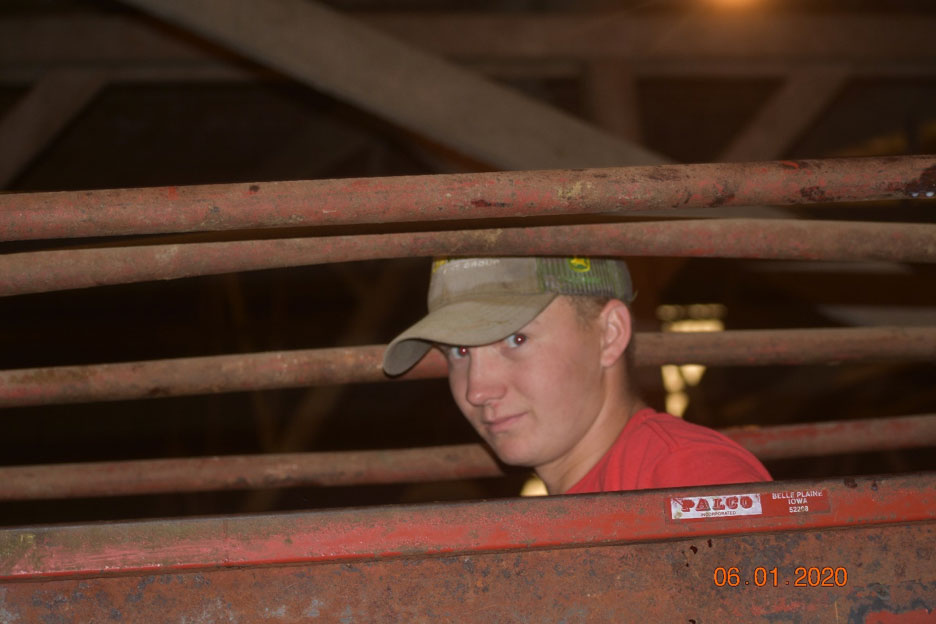 Rhett was our cattle pusher. 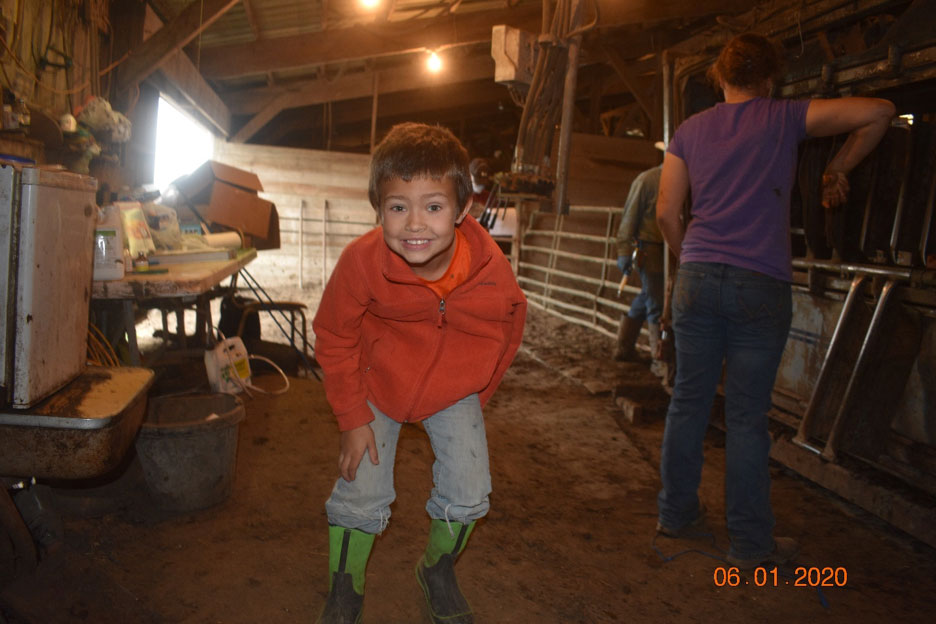 Jakey was our class clown. 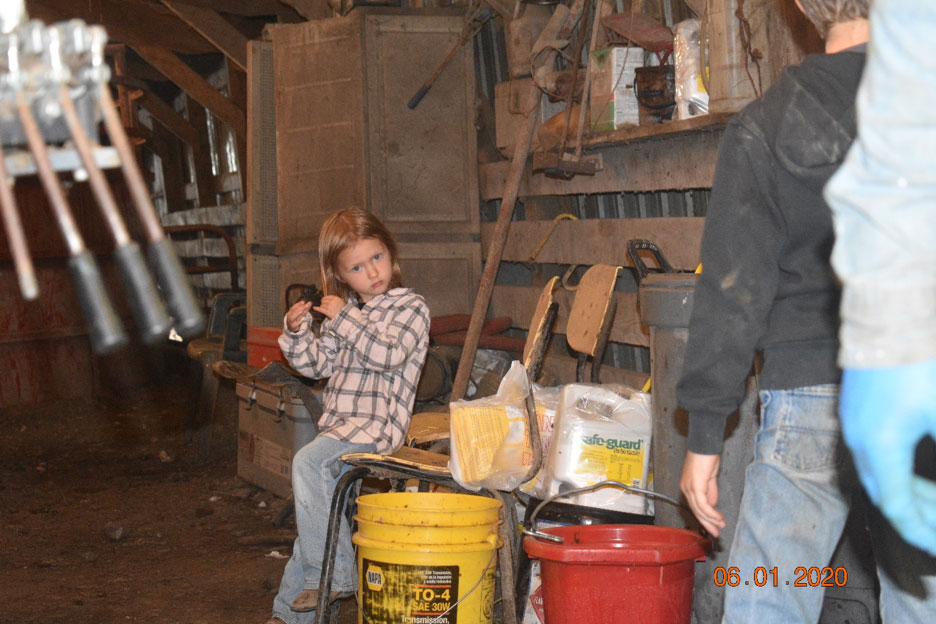 And Brookie was our hairstylist. 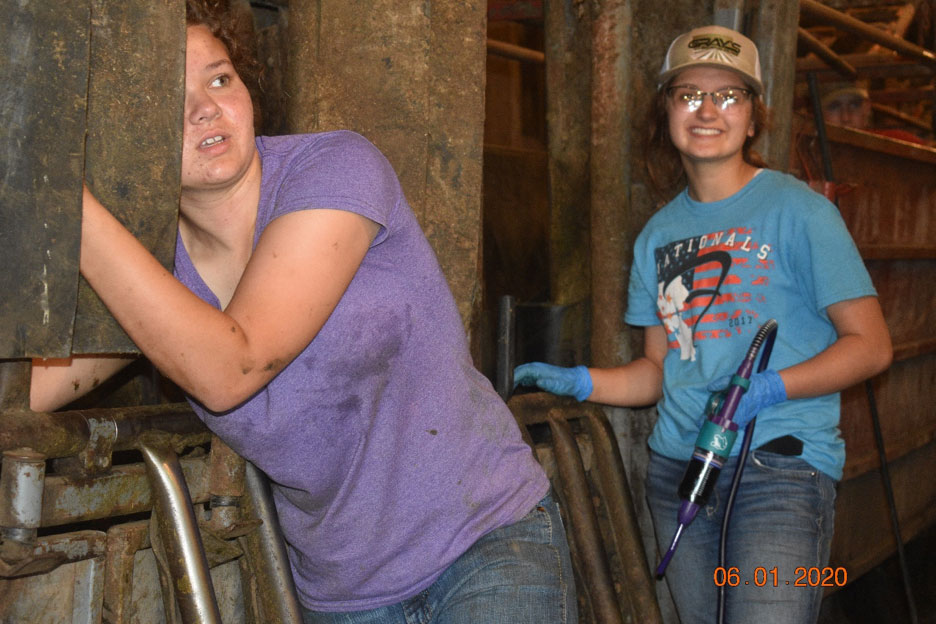 These girls helped at the chute. 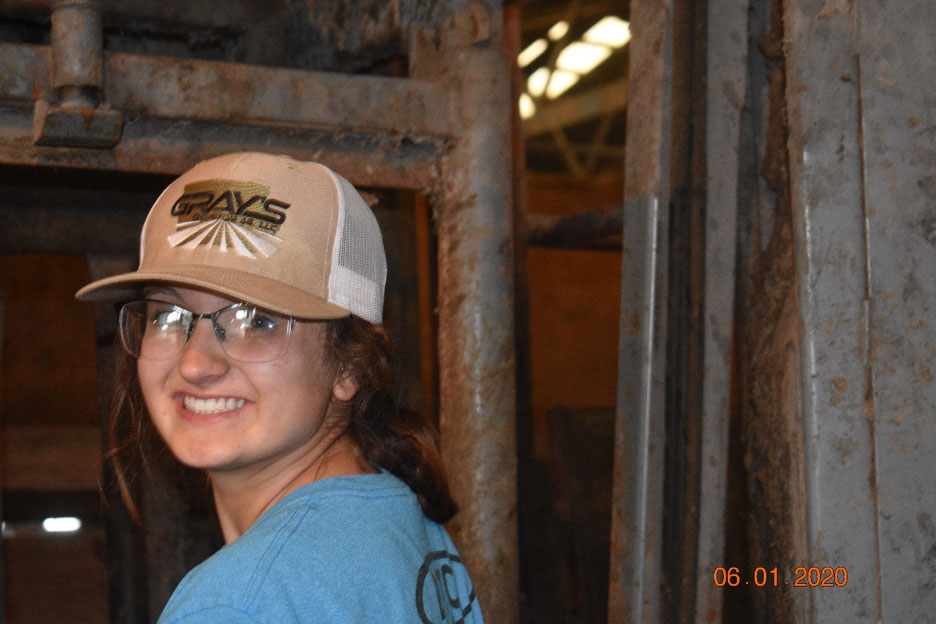 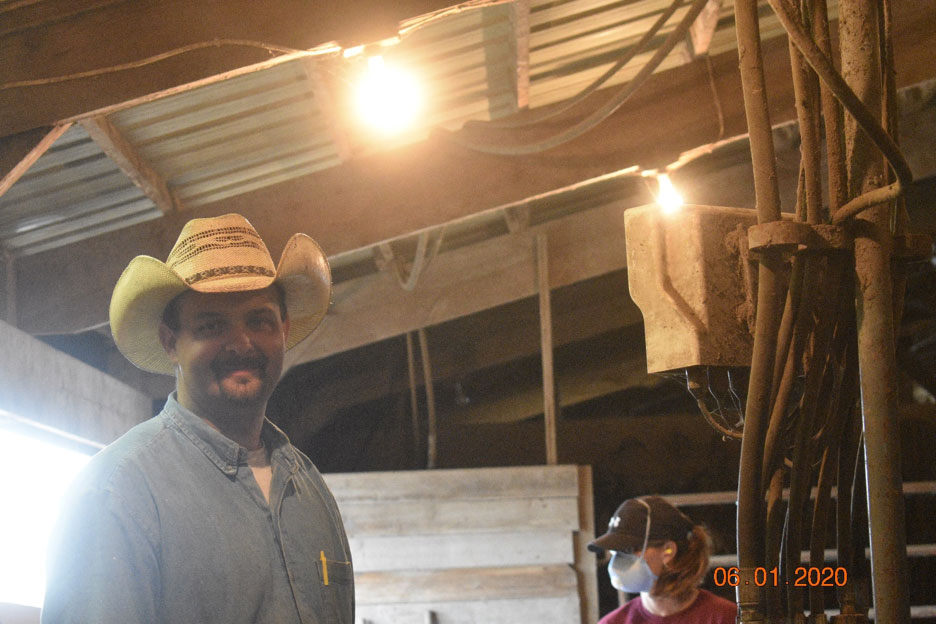 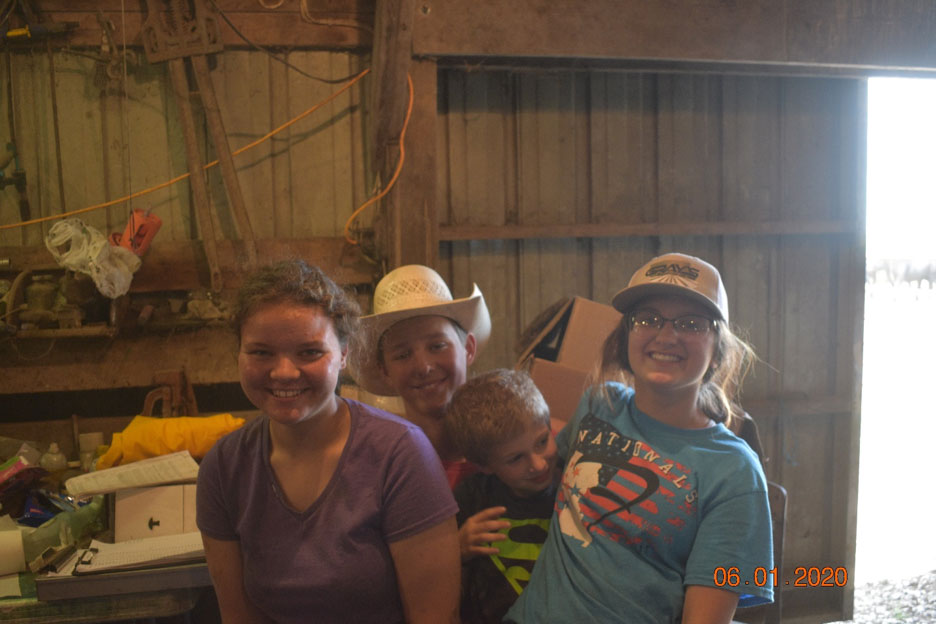 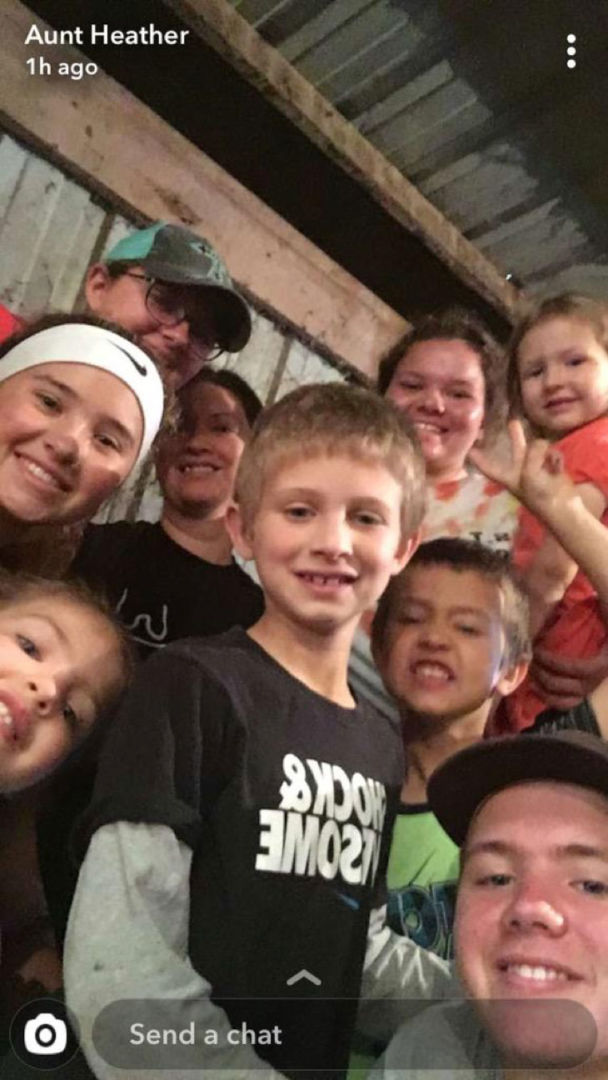 So that’s another glimpse at what’s been going on around here.

And I wish I had taken pictures of the chopping expedition that took place around here, but I didn’t.  So you’ll have to use your imagination on that.  But the month of June has pretty much consisted of moving cattle, working cattle, and putting up hay.

It’s a blessed, busy month and we are so fortunate to have such a great crew. 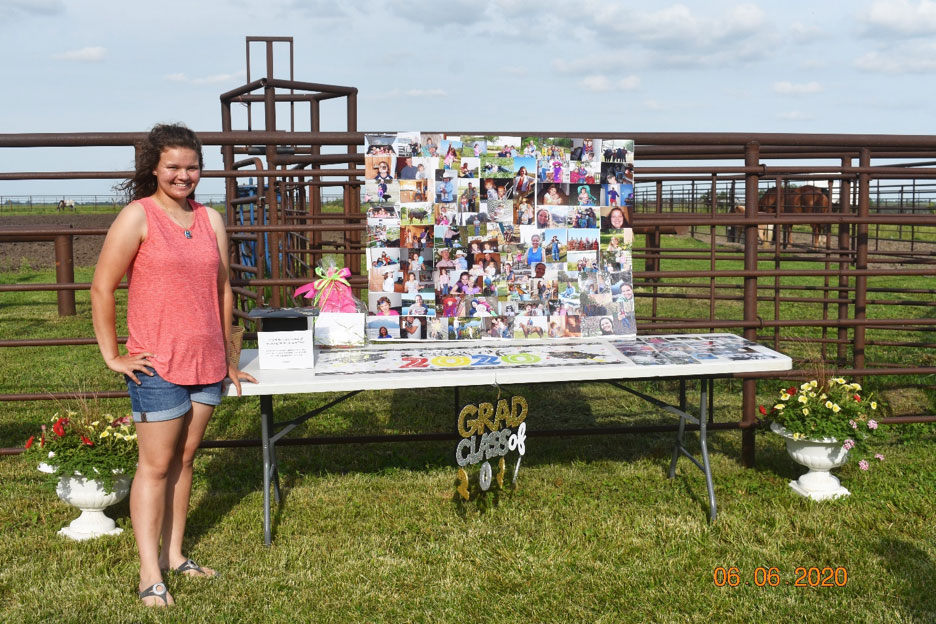 But there’s one more thing that we celebrated in June.  Lindsay’s graduation!  However, I do plan to do a whole post on that, so I’ll stop there for now.

Have a great week!