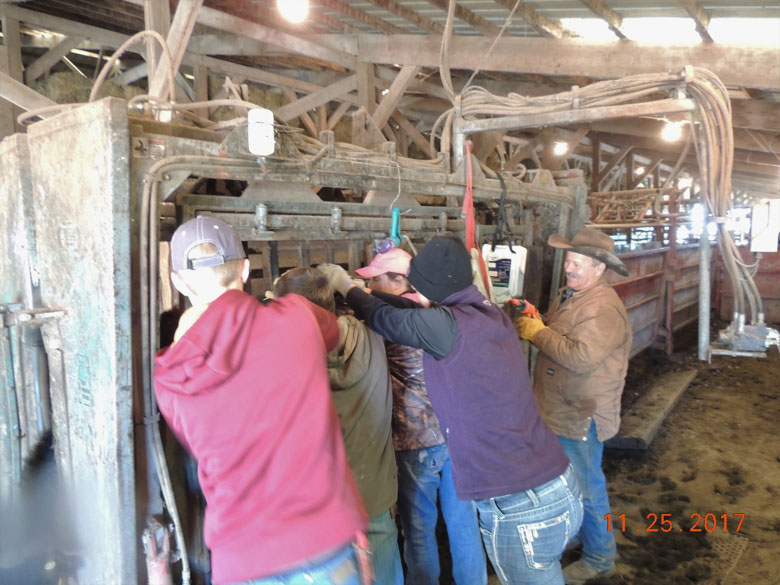 We freeze branded the fall heifers the weekend after Thanksgiving. It was a busy day. 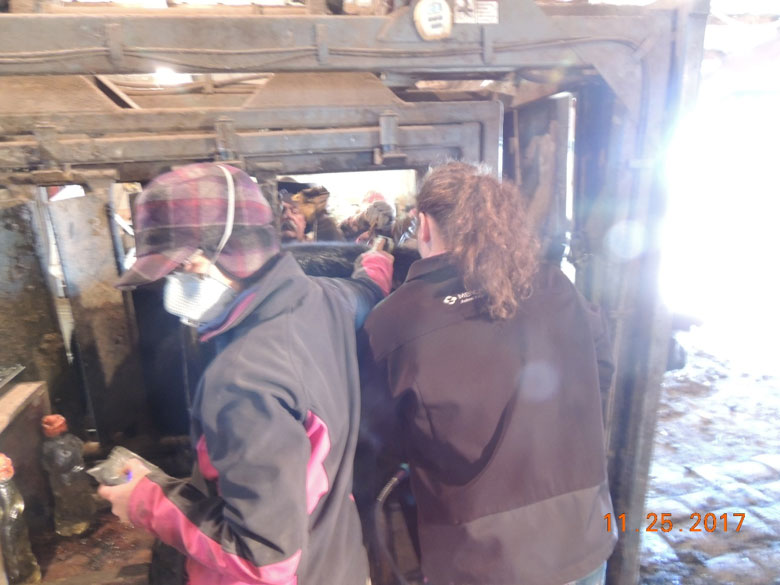 Not only did we freeze brand them, but we also ultrasounded them. And vaccinated and poured them. 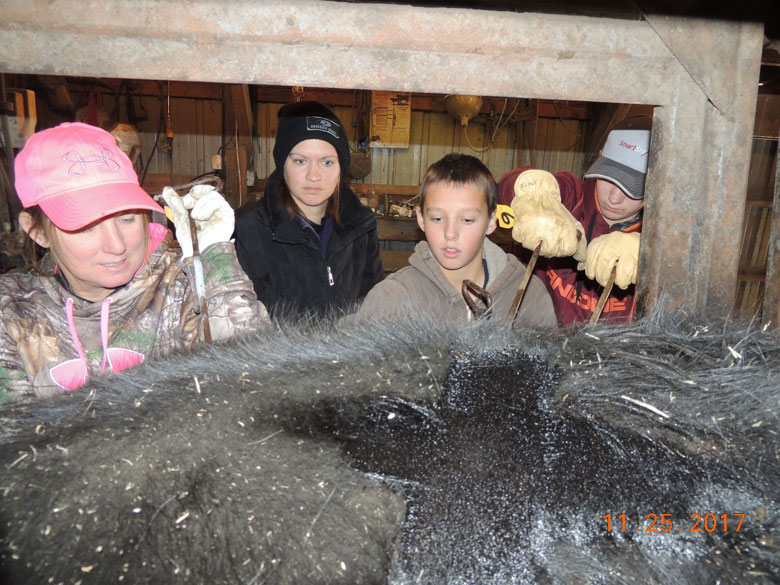 And to make it even more exciting, Clint and Joe were not able to help. They were outside welding pipe fence for the new bull barn. So that meant we had to recruit as many hands as we could…literally. We had six irons to hold and those suckers get heavy. 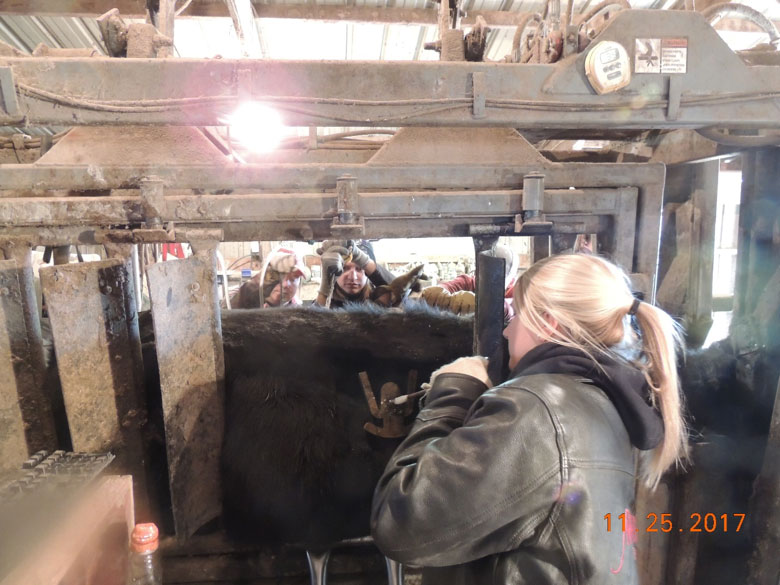 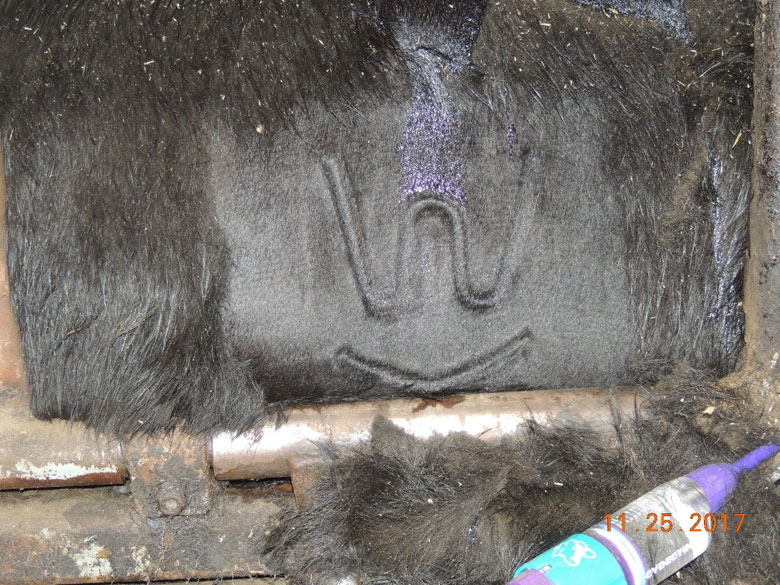 But I must say, we did an awesome job.

In fact…oh I probably shouldn’t tell you this. Never mind. Just pretend I didn’t say anything.

Oh, who am I kidding. I’ve never been able to keep a secret.

So, it happens from time to time that we accidentally brand a calf with the wrong number. Now it doesn’t happen often, but once it a while, we will either hear the number wrong, or hold the six upside down and make it a nine. You know, things like that. And unfortunately, there is no white out for freeze branding that I’m aware of, so we don’t like to make mistakes.

But, I’ll be darned if we didn’t accidentally brand one -6188 instead of -6186. Shoot. What to do. Usually, we don’t do anything. Unless, say, we brand a number one instead of a seven…you can fix that pretty easily. But we really didn’t see any way to change an eight into a six. So, we decided to take the “one” iron and cross out the eight. You know, like you would on a piece of paper. Then we placed the correct number six at the end of the brand.

We were pretty impressed with our handiwork. So we told Clint and Joe, thinking they would be awestruck by our ingenious move. As it turned out, they were more dumbstruck. They couldn’t believe we had actually done that. Huh. Go figure.