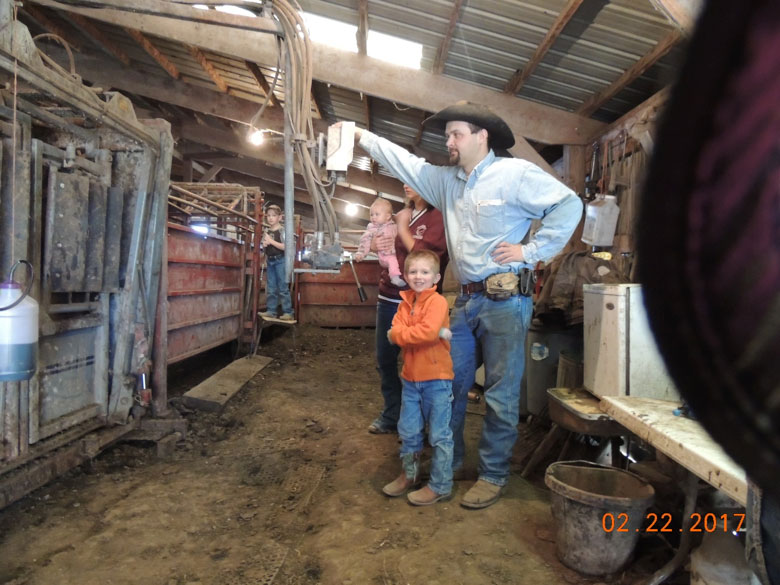 So yesterday I told you about how we process the calves at weaning. But today I’m going to tell you about the fun part!

You see, in the afternoon, our helpers showed up. We went from a crew of 5 to a crew of 15 in a matter of minutes. And that’s what I love.

And it just happened to be Wednesday night which is when several kids come over to ride to AWANA with us, so we had even more than usual. 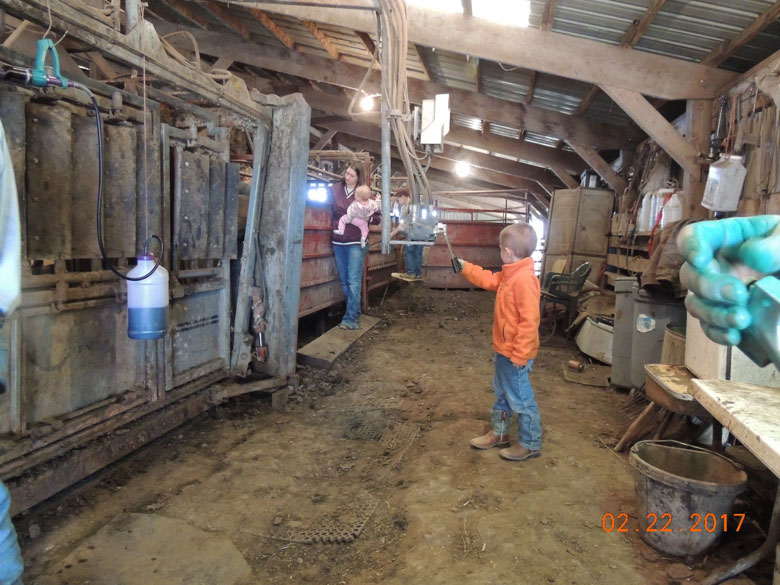 Ty is really good at shutting the tail gate on the chute. I keep an eye on him because I would hate for him to accidentally pull the wrong lever and let the calf out on top of Uncle Clint. (I don’t think that would go over too well!) But he does an excellent job.

And Heather, Brook, and Nathan kept the calves moving. 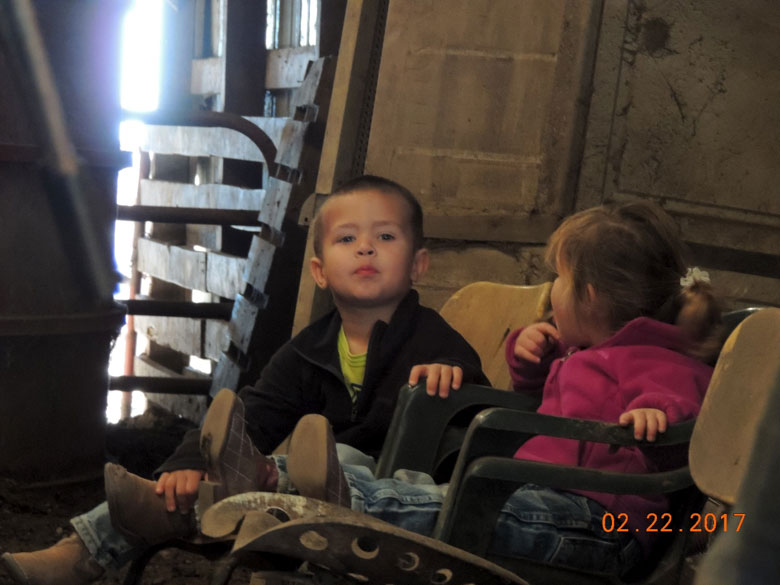 Jake and Emma supervised the process. 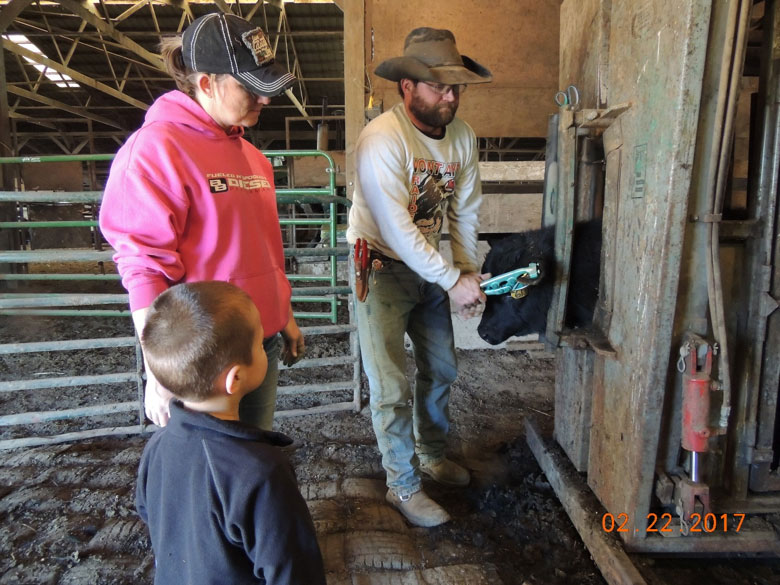 Jake thought for a second that Clint forgot to ink the calf’s ear so he had to come inspect the work. But it passed his inspection.

After all the calves were worked, we moved everything to their separate pastures. (I still can’t believe we were wearing t-shirts in February!) 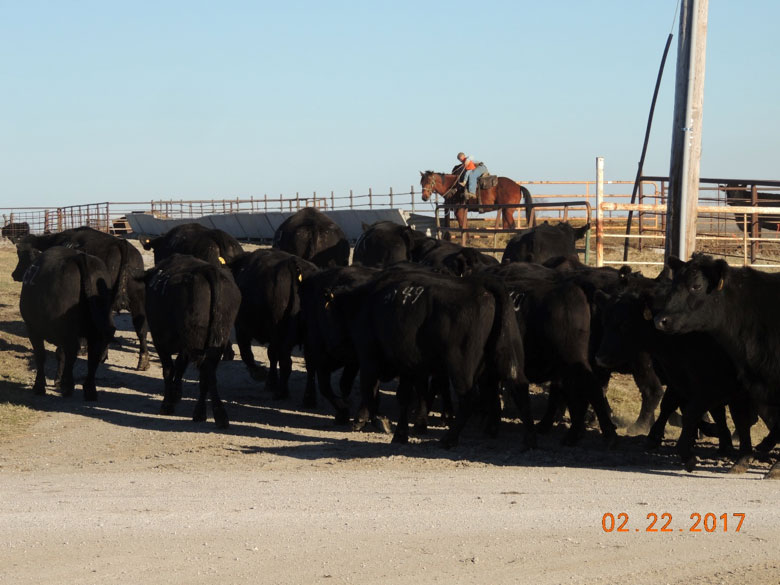 The cows went in one pasture. 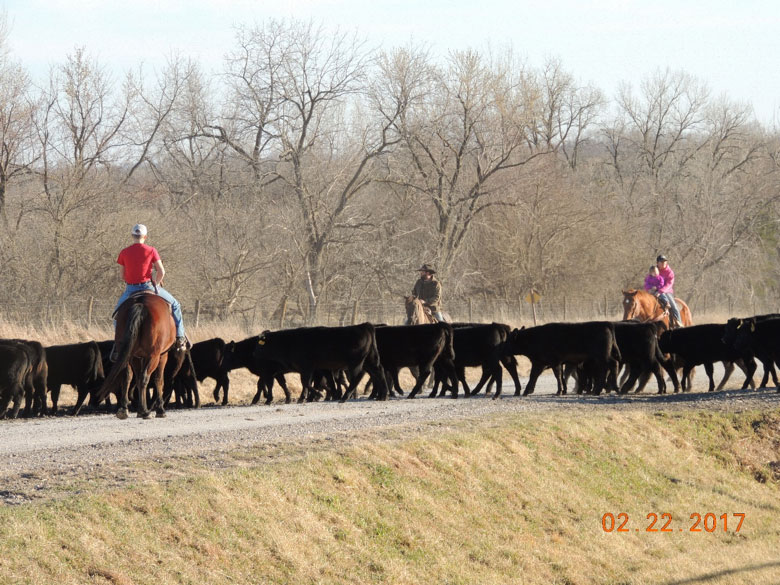 And the calves went in the lot right across the fence from the cows. 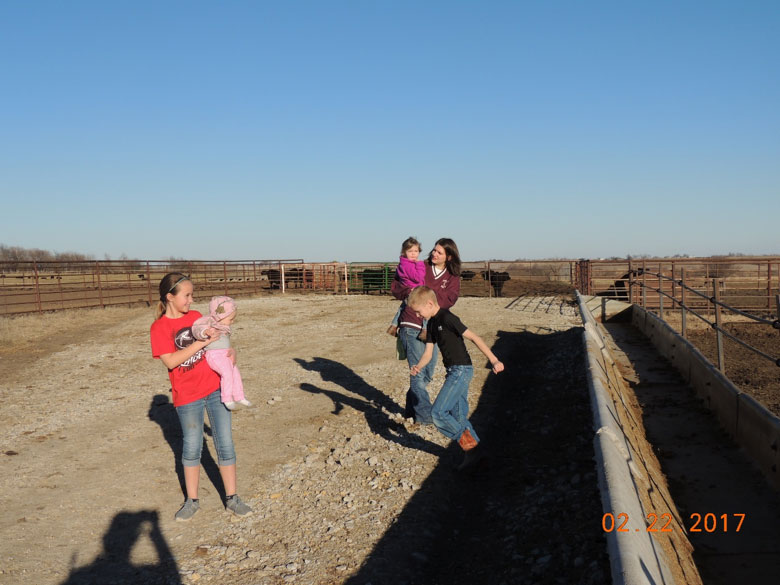 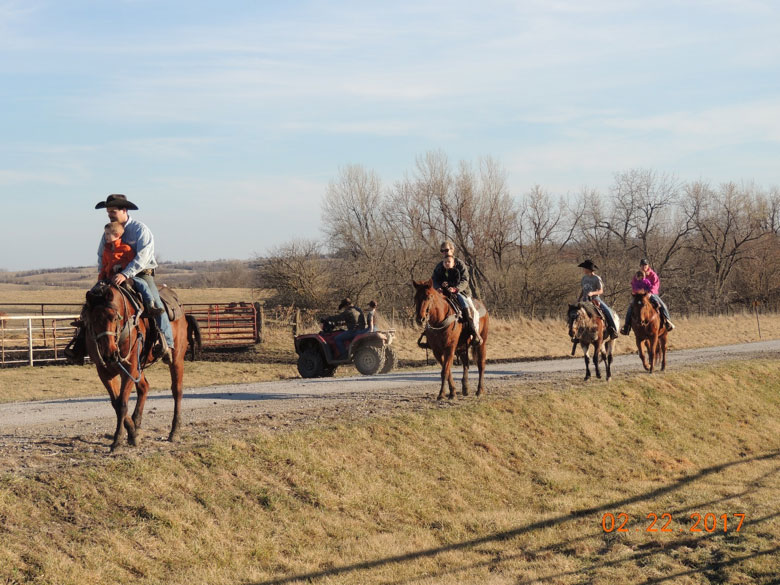 And I’m not sure we could have done it without all of our good helpers.

(Although there was one point where Heather and I felt very outnumbered and we may have even misplaced a child or two. But we found them! They were playing in the corn.)

I thank God for allowing us to do a job we love with the people we love! We are blessed!