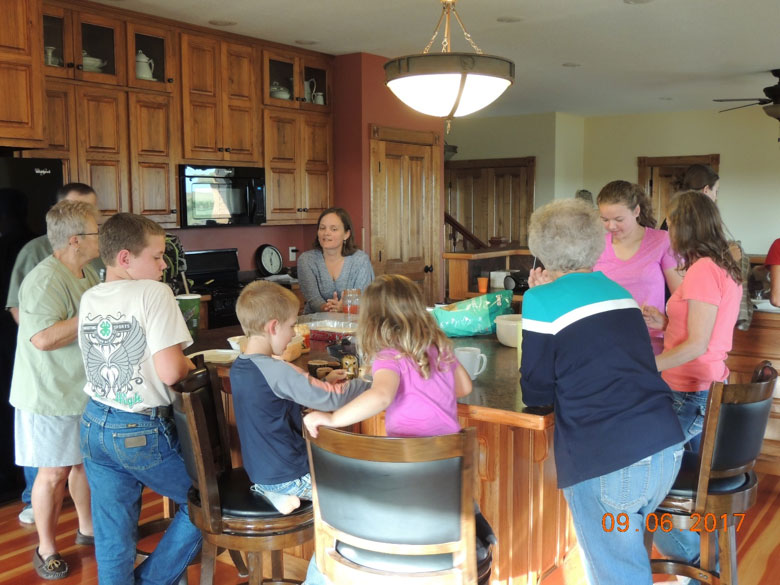 Dad’s sisters were all back for a family dinner this week.

I love it when they are all back. They are just the most fun people to be around! 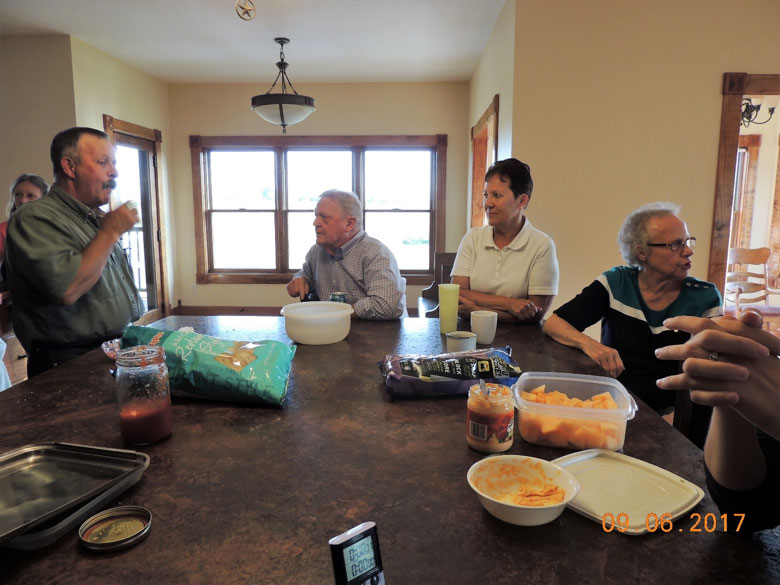 And you know when you’re growing up and you assume every other family on earth is like your family? Like, I assumed every other family in the world buttered people’s noses on their birthdays. And everyone’s grandpa spit on their new pair of shoes. I thought that was some special way of breaking them in. Something about the saliva mixing with the leather and softening it up so it conforms to your foot…no?! And don’t all uncles tie their nieces’ and nephews’ socks together for the fun of it? That’s what my family did, so that’s what everyone else’s family did too, right?

Well, imagine my surprise when I went to my first family dinner with my soon-to-be husband’s family. My eyes were opened! His family was calm, well-behaved, and…normal. All along, I’d lived a lie. My family was not normal, as I had assumed, but rather, um, I can’t really think of a word for it. Crazy?

Immediately I knew that I did not want Will to be subjected to my family dinners. At his family dinners, people were so kind. I can remember being so thankful for my sweet mother-in-law who took me under her wing and introduced me to all the relatives. (Which was a good thing because Will had completely abandoned me to go visit with the male relatives.) All the ladies sat in one room and were just so sincere. The men were in the other room discussing farming and such things. It was right in here that I realized this was what a normal family dinner was like. We laughed, we ate, we visited. And we did not poke fun at one single person. Not one.

Oh. No. What was I going to do?! I knew the moment Will and I walked through the door at my family dinner, he would be the subject of numerous hazing’s. It was going to be embarrassing. It was going to be overwhelming. It was going to be brash. Could he (we) handle it? Would he survive? There was only one way to find out. And it was just as I suspected. He was put on the hot seat and “introduced” to the whole family, but Will survived! He made it through the rite-of-passage! He could officially become a member of the family! WHEW!

And looking back, I’m pretty sure every other poor soul who marries into our family must go through the same ritual. It’s got to be an eye-opener. Even now, over fifteen years after becoming a part of our family, I ask Will if he ever gets bored at our family dinners, and he says, “No. Bored is never a word I would use to describe your family.” He could think of a few other adjectives, but bored is not one of them.

But, I love our family dinners. And even though they are often crazy, and go off in many wild directions, I wouldn’t change them for the world. I just wish my aunts lived closer so we could get together more often. Oh the fun we’d have!

I hope you get to spend a little time with your own family this weekend. Love them. Hug them. Embrace their uniqueness!

Have a great weekend everyone!