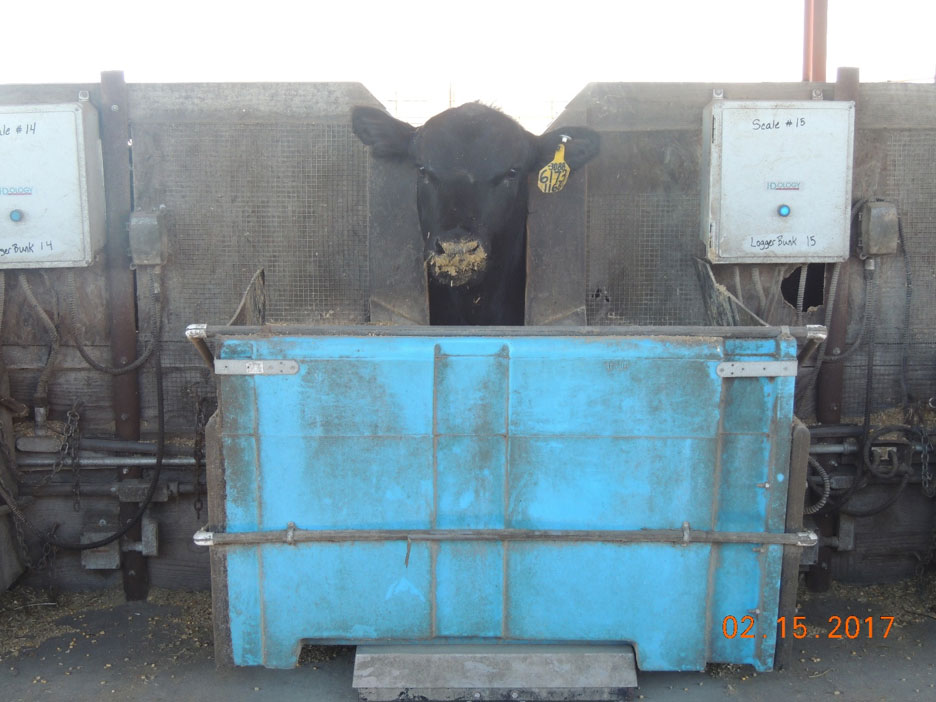 We weighed 50 head of our yearling bulls off their feed-test last week.  And as I’ve mentioned before, it’s almost like Christmas for me when we get the results.  We’ve been testing our bulls and heifers for feed intake for 10 years now, and it is just so exciting to see the progress we’ve made.

And I apologize in advance for those of you who find stuff like this mind-numbingly boring, because I get super excited about it.

Anyway, on our 50 head of bulls, we had a pen average feed conversion of 4.93.  Which means, on average, the bulls had to eat 4.93 pounds of dry matter feed to gain one pound.  Pretty impressive considering the industry average for beef cattle feed conversion is about 6 pounds of feed for one pound of gain.  The less feed an animal has to eat to gain a pound, the more money in your pocket.

And, we had 5 bulls covert at under 4 pounds of feed to one pound of gain, which is remarkable.

So, in a nut shell, these bulls did great on their feed test.  And I guess I was just so excited about it that I had to share.  And I hope I didn’t bore (or confuse) you too much!  But if you have any questions on anything, just give us a call.