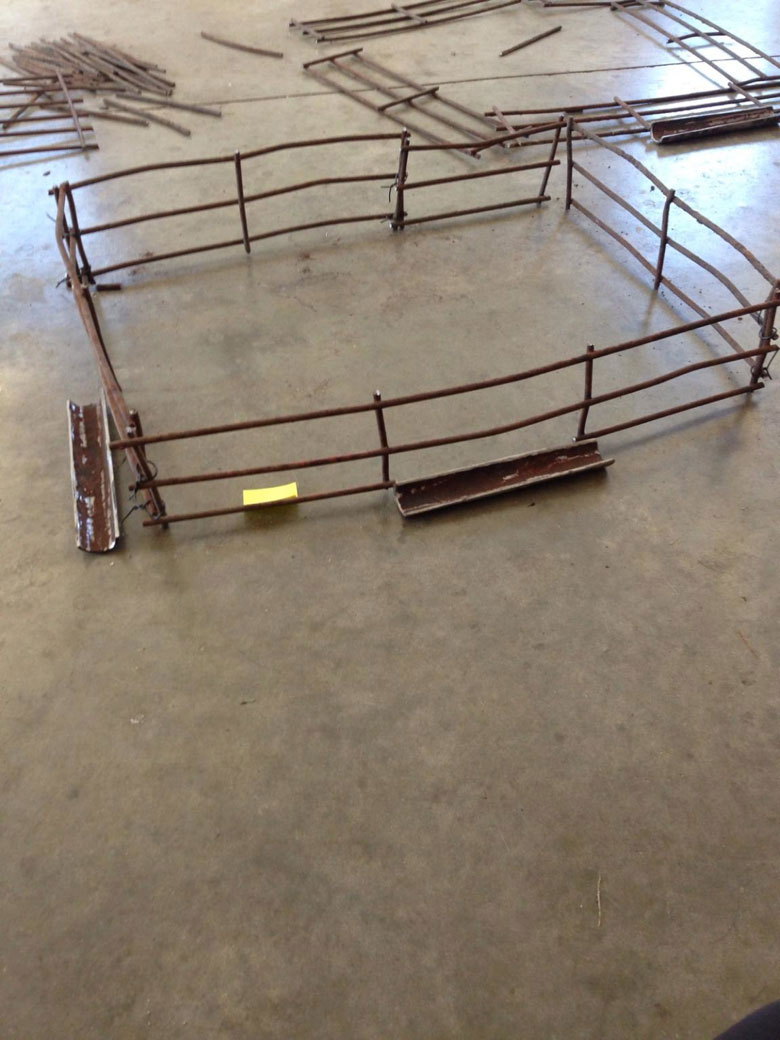 Matt’s got a little project he’s been working very hard on lately. It’s his feedlot expansion. He has had this elaborate ranch set up in the playroom for over a month, and he “works” there daily. He is always feeding cows, riding horses, fighting off bad guys, withstanding Indian attacks; you name it, he’s doing it.

In fact, one time, a wild brumby came and tore down his gates and scattered his animals. That was a bad day.

But recently, his attention has turned to expanding his operation to include a large feedlot. He has planned and measured and revamped and planned some more. And just recently he decided he would need to weld the whole thing, so he has been asking Will when he might have time to teach him to weld. Well, after a week or so, Will decided it might be easier to find some old cattle panels in the scrap pile, cut them up, and see if they would work. And wouldn’t you know, there just happened to be some old panels in the pile!

So Matt has been working diligently the last few days to cut and measure and construct his feedlot. He made some feed bunks and wired on some gates, and he’s about ready to move the whole thing to his ranch.

He has to grind off some sharp corners and wash all the gates before I’ll let him bring it in the house, but he’s planning to get that done this weekend and then set up shop.

I told him I thought he was going to have to buy some more land if he wanted that large of a feedlot in the playroom and he replied in all seriousness, “I was thinking you could just get rid of all the furniture.” Hmmm.

Then his sweet sister suggested he tear his ranch down over Christmas vacation, and he replied indignantly, “I can’t do that. I’m expecting a bunch of cattle in over Christmas.” (That’s number one on his Christmas list, you see…)

So I’ll try to keep you posted on the whole venture and maybe post a picture of the final project.

Until then, have a great day!