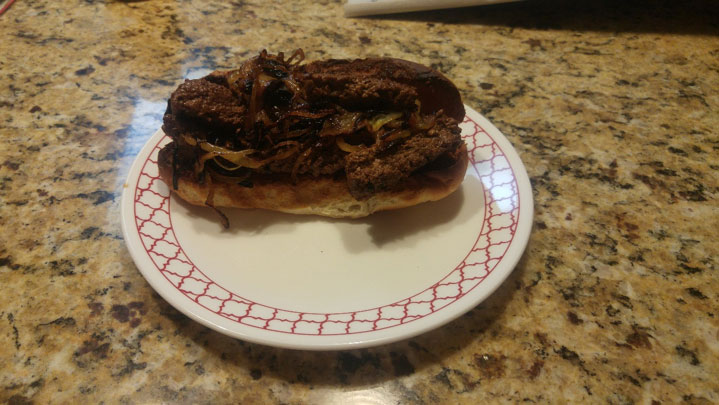 Marlboro Man Sandwiches
This is a Pioneer Woman recipe that we all love. You start by slicing some onions and cooking them in a skillet with some melted butter. Remove the onions. Then slice some minuet steak and sprinkling it with Lawry’s. Melt more butter in the same skillet and put a single layer of meat until it is cooked. Add onions back to the pan. Serve on toasted buns. 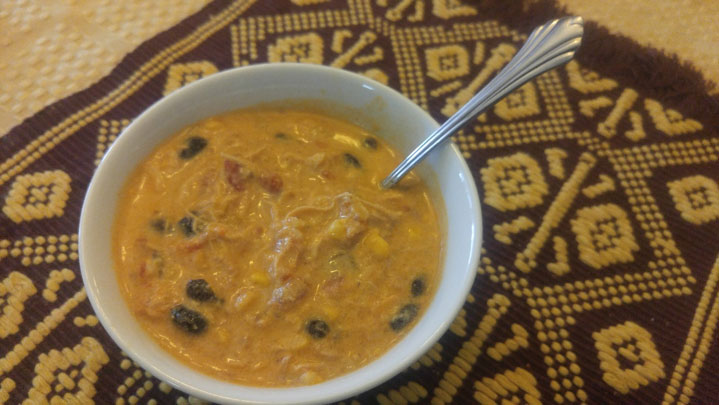 Chicken Tacos/Chicken Tortilla Soup
This is another meal that we all love! In a crock-pot put chicken breasts, enchilada sauce, Ro-Tell tomatoes, and green chilies. Cook on low for 8 hours. Before serving, shred the chicken and add a can of rinsed black beans. Serve as chicken burritos or tacos.

For the soup, you take the left over chicken taco meat and heat it up in a sauce pan on the stove. Add chicken broth and corn. (How ever much you want) When it is boiling then turn heat off and add a few tablespoons of cream. Then it is reedy to serve. We like to eat ours with cheese, sour cream and chips. 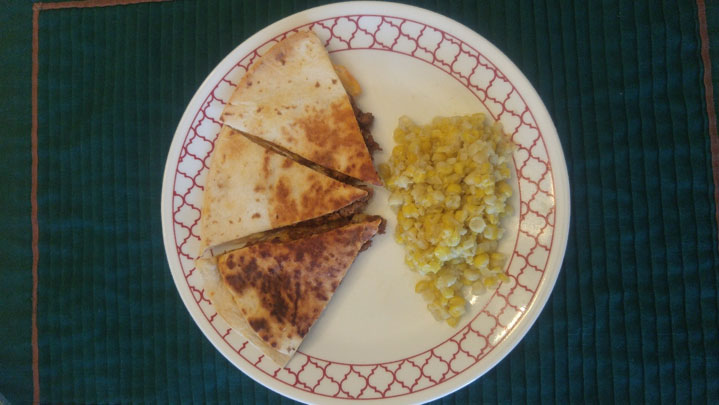 Quesadillas
All you do is make tacos meat, then oil 1 side each of 2 tortillas. Put sour cream, salsa, taco meat and cheese on non-oiled side place other tortilla on top oil side up, and slide on a skillet. Then when it is golden brown on both sides take off and cut in to pizza wedges. And serve! We like to eat corn with ours and mix sour cream and salsa together as a dipping sauce. 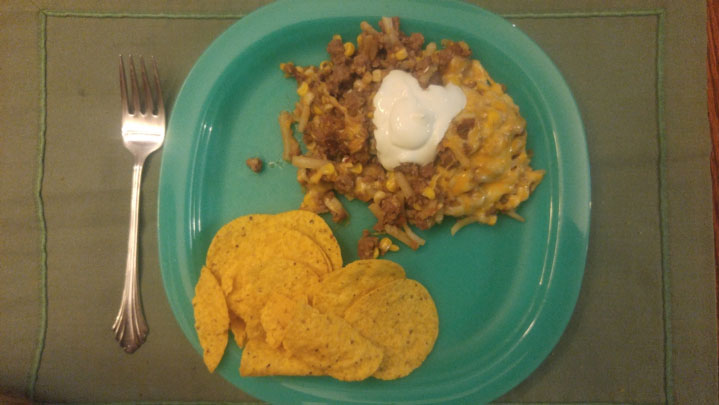 Texas Beef Hash
Start by browning some hamburger meat in a big skillet. When browned, add two cups frozen hashed brown potatoes, one cup of frozen corn, (these can be thawed, but we usually haven’t planned that far ahead), and one cup of salsa. Mix and cook until hot. Then, sprinkle shredded cheese on top and let melt. It is ready to serve with sour cream and tortilla chips, if you want.