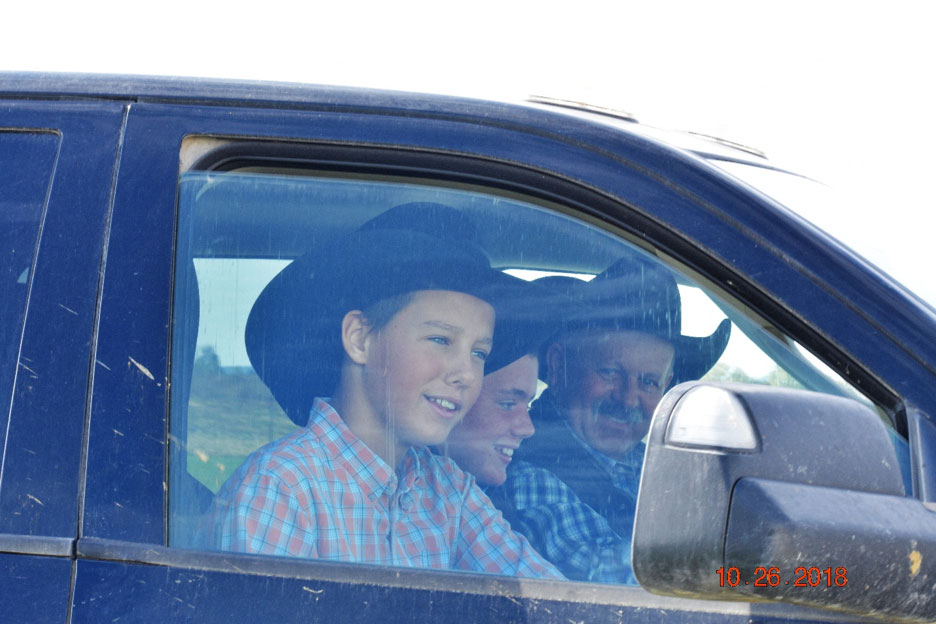 We turned these three guys loose on the world Friday.  I snapped this picture as they were pulling out of the driveway and I said a prayer as they headed south.  They went to a bluegrass music festival in Moravia and oh what at time they had.

I got bits and pieces of several stories, but here are some of the highlights.  One, they were some of the youngest participants at the festival–the boys by several decades and Grampy by several years.  They thought that was pretty cool. Two, Honey Creek Lodge (where the festival was held) was AWESOME!  There was a water park there, and the rooms were so cool, and they could just walk around and do whatever.  Matt thinks we should book a stay there ASAP.  Three, the people there could really play music.

And finally, and perhaps what I heard the most about, was the hamburger they had on the way home.  It was out of this world.  And for these three beef connoisseurs to whole heartedly agree that this was perhaps the best burger they’d ever eaten, it had to be good.  But it wasn’t just your ordinary beef patty on a bun.  No sir.  This baby consisted of a delicious hamburger topped with melty cheese, strips of bacon, and a bit of pulled pork on top.  They had to wait 45 minutes on their meal, so they were a bit skeptical and had already decided if the hamburgers were cold, they were just going to leave.  But when their meals arrived, their attitudes changed completely.  They decided it was well worth the wait.  Matt’s still talking about it.

All in all, they had a great time and are already thinking of places they should go next.  But wherever it is, they have to stop at the same restaurant and order the delicious hamburger.  Lol.