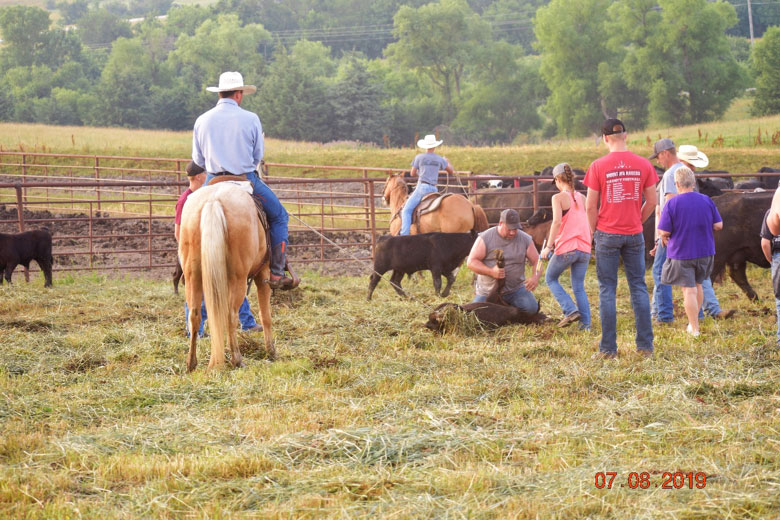 For years now, we’ve talked about having a branding. 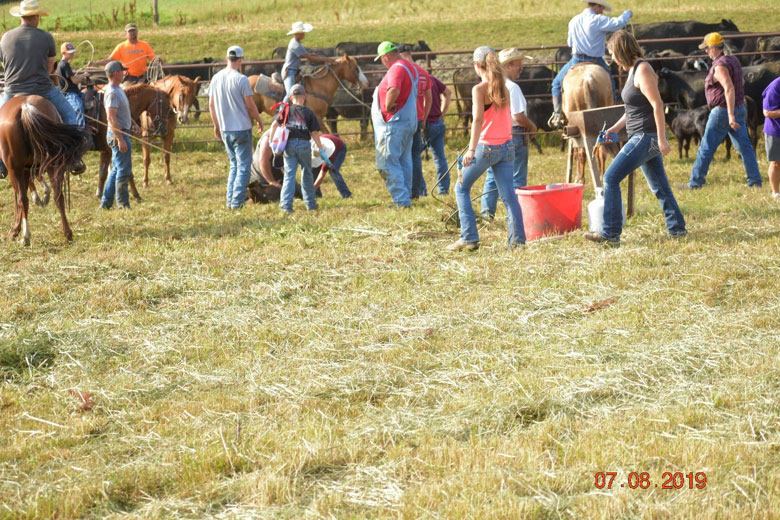 It was something we’d never done before, but it always looked like fun.

So yesterday was the day, and boy was it fun! 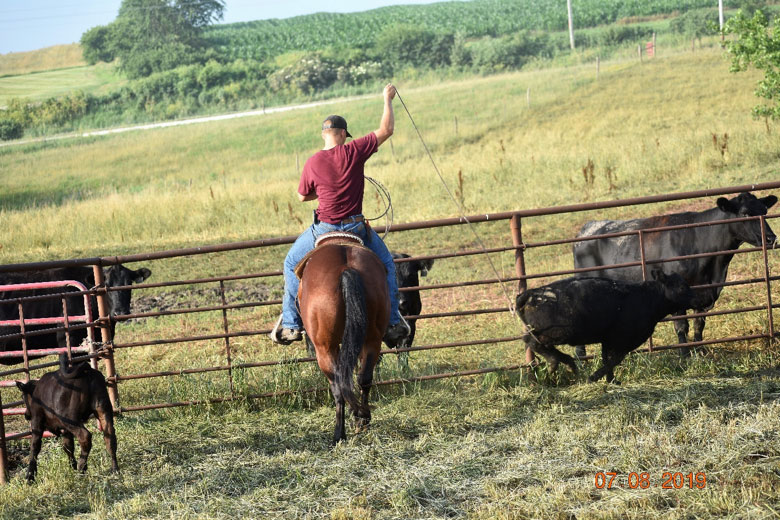 First, a roper would rope a calf (preferably by two heels) and drag him up to the crew. 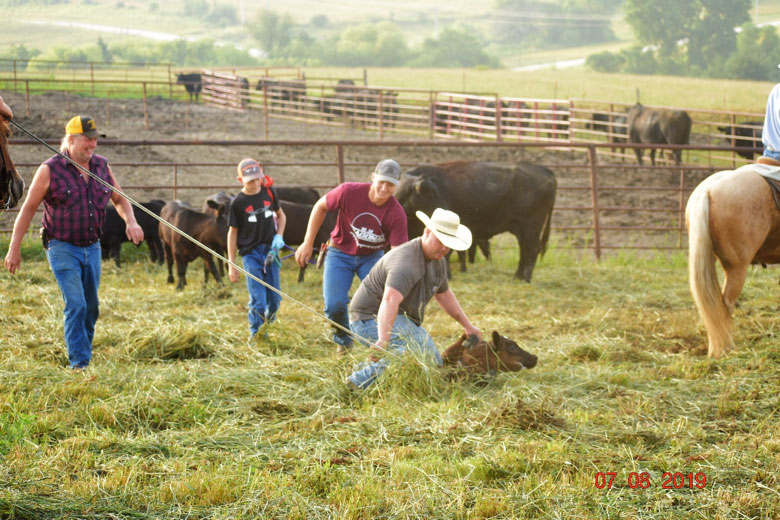 Then, a pair of muggers would come in hold the calf down… 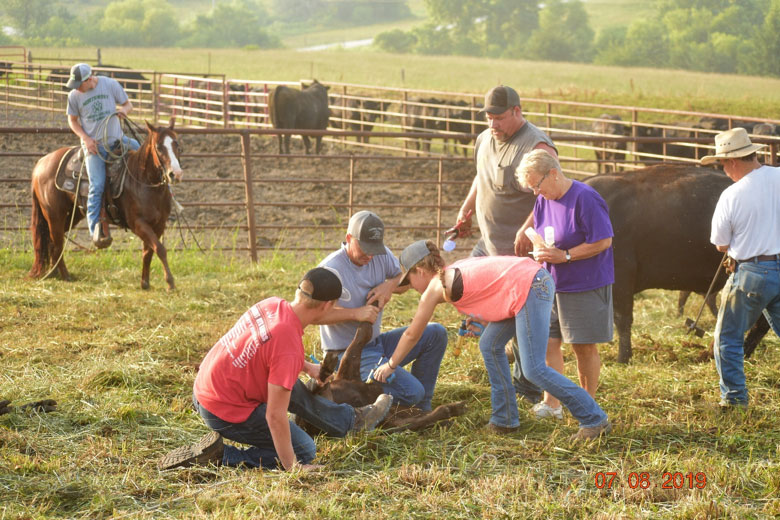 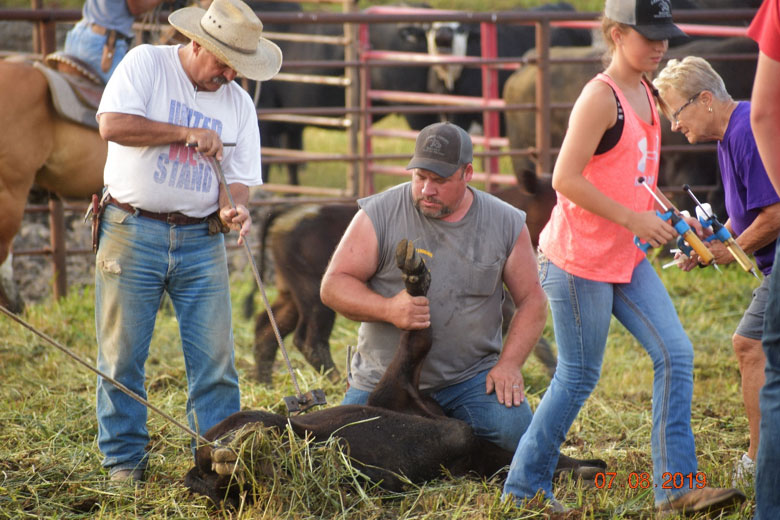 Then we would brand the calf (that was Dad’s job), and then the calf was free to go. The whole process took about 30 seconds. It was a whirlwind of activity! 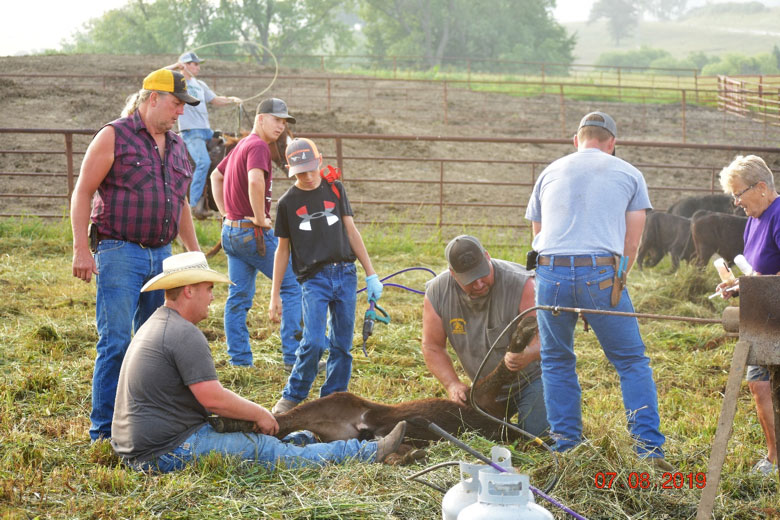 And this went until all the calves were done. (Which took us far less time than I’d imagined.) 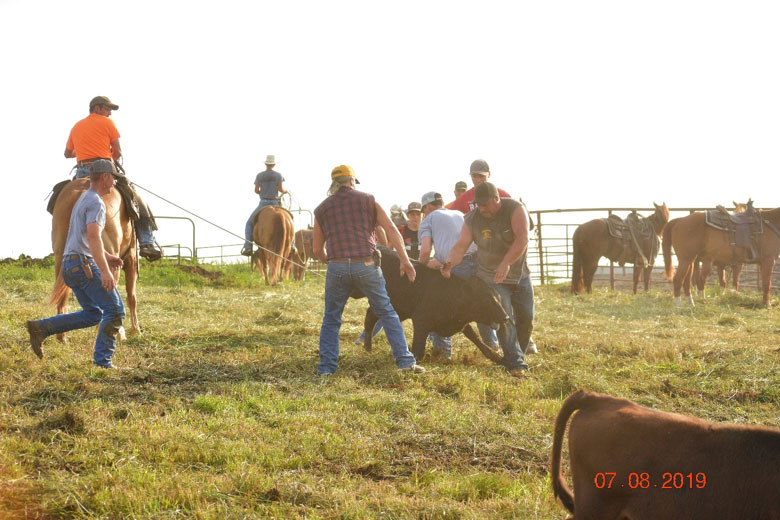 Some of the calves were stinkin’ huge. Like this guy. 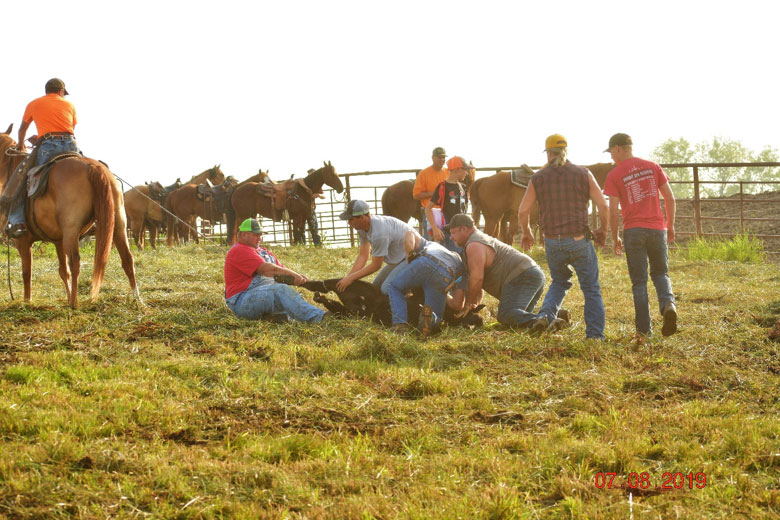 But he was no match for our crew.

The calves had a good time, too. This guy went back to his buddies and was like, “Oh. My. Gosh. That was so awesome! Did you just see me take out three of those cowboys? I rolled them like bowling pins!” 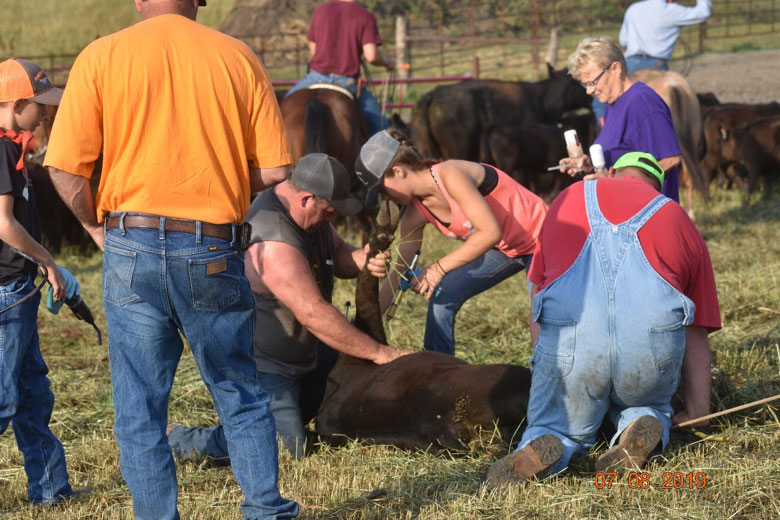 I took a ton of pictures of our day, so I’ll try to show you more later this week.

We just had such a great time working with our family and friends and we’re looking forward to doing it again next year.