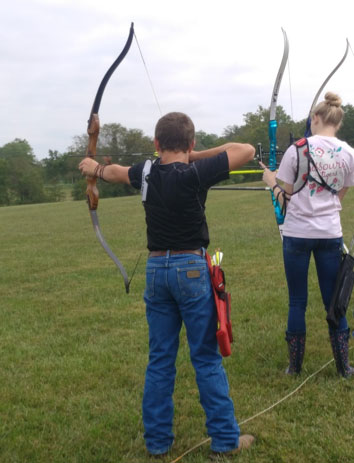 Aunt Bon asked if I could do a blog, so I thought I would tell you about our weekend. Cody has been shooting a recurve bow for a while now. He goes to state archery and every year one of the state team coaches goes and talks to him. They want him to be on the state team that goes to nationals. Even though Cody is too young to actually try out this year they wanted him to go and get the experience. So last weekend we went on a family trip to Columbia!

There were two other girls that shot recurve. They had sights on their bows though. On the first day they shot field (pretty much targets from different known distances), and 3D (animals from unknown distances). Then on the last day they shot FITA (a big round target from 30, 40, 50, and 60 meters). Cody was at the top of his team in 3D, and FITA. 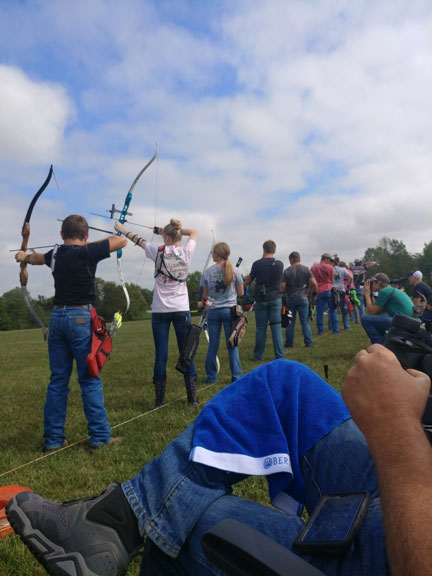 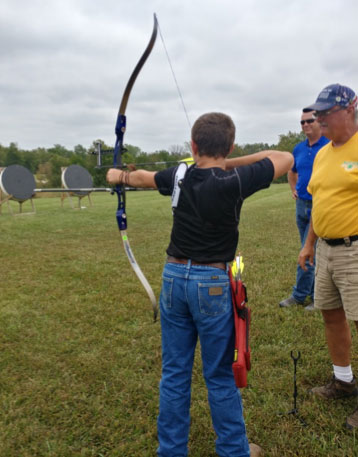 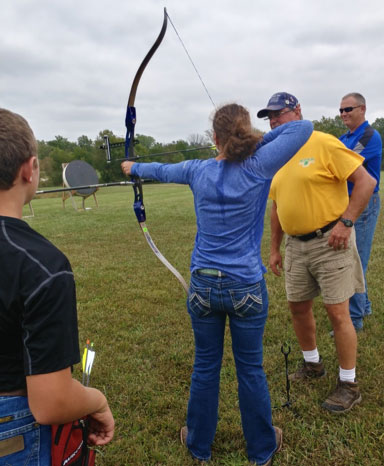 After the shooting was done one of the coaches let Cody and I shoot the Olympic style recurve. It was actually a lot of fun! Who knows maybe next year we’ll be traveling down there to try out for real. 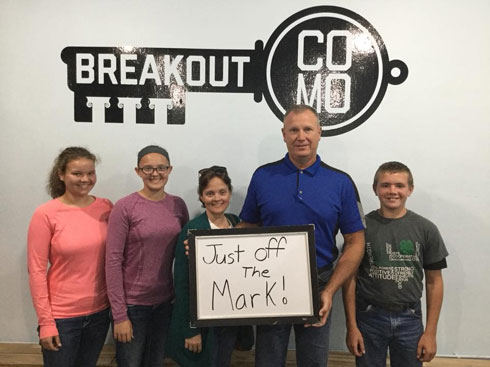 One night we went to an escape room which is really fun! We didn’t quite get out in time, but we still had a good time! We had a fun trip, and the weather was nice!