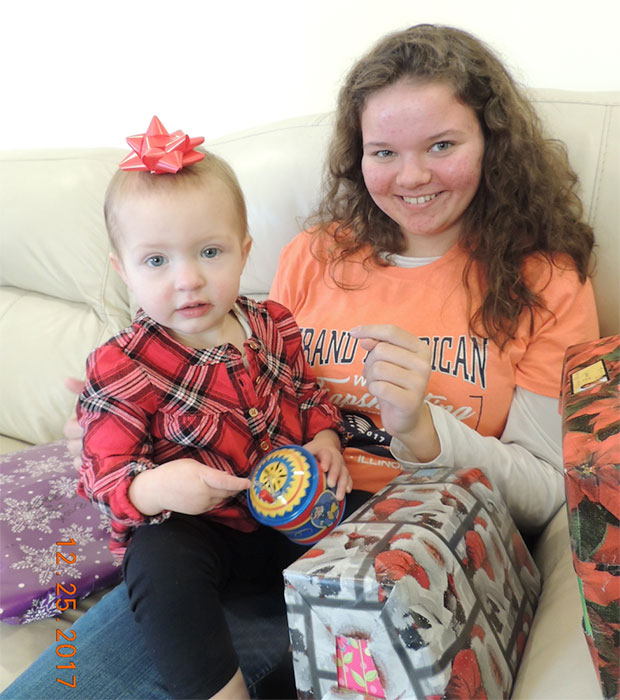 I hope everyone had a wonderful Christmas! I know I sure did. 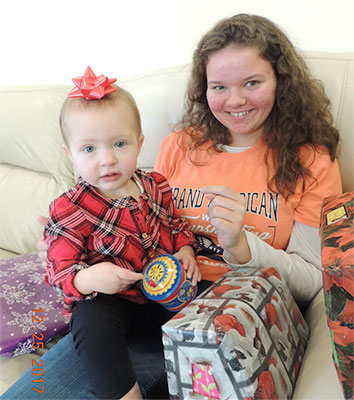 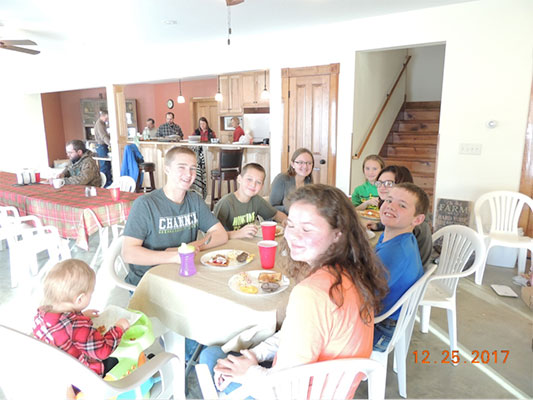 But my biggest memory from this Christmas had to be the game we played at Grandma Martha’s. I’d never played (or heard of) this game before, but imagine a gift, wrapped multiple times (like 13), and then imagine trying to open it wearing oven mitts. And not only that, but you only get a limited amount of time to try to unwrap it before you must pass it off to the next player.

This game was intense. 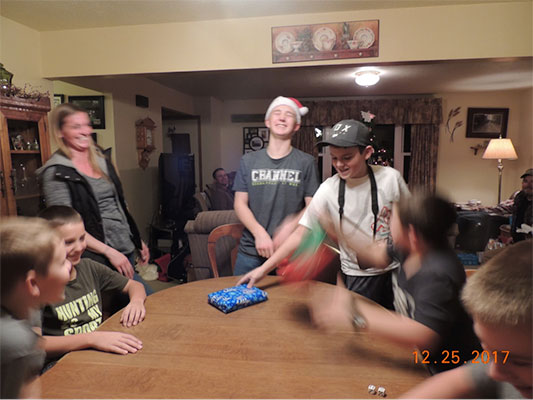 And actually, we played it twice. Once with the gift you see above… 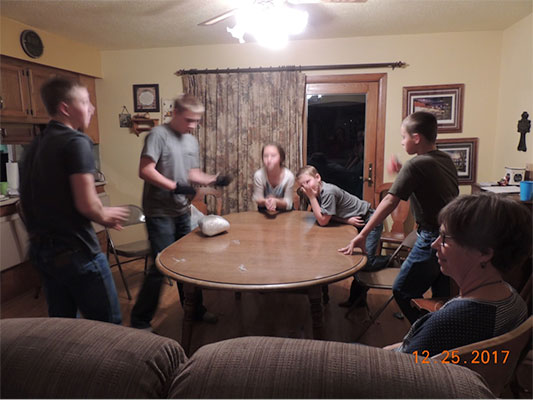 And then with a package wrapped in a saran wrap. And this is where it got interesting. Not long after this picture was taken and the kids were getting closer to the prize, one of the boys got so excited he pounded his fists on the table and chopped the table in two. I’m not even kidding.

It was a game stopper. The kids all stared in disbelief while the adults all gaped slack-jawed at the mayhem. It reminded me of those scenes in old Westerns where the bad guy gets thrown across the barroom onto a table and busts it in two. Only we weren’t in an old Western, and the table was my mother-in-law’s!

Well, nobody did anything for what seemed like forever. We were all in shock. But Grandma Martha was the first to let out a little chuckle, and then the rest of us tentatively joined in. And right then and there, I thanked the Lord for such a gracious and forgiving mother-in-law.

It was definitely a Christmas to remember.