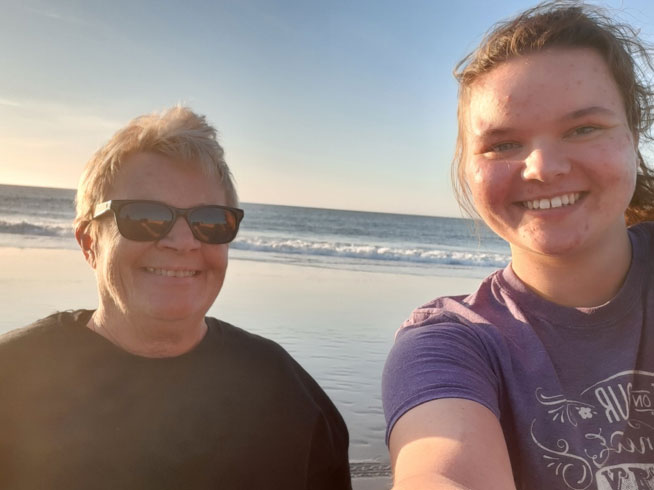 As I mentioned in the previous blog, Aunt Carolyn and I headed out to California to ultrasound some cattle!  It was a two day weekend, but felt more like 5 days!  We were pretty busy! 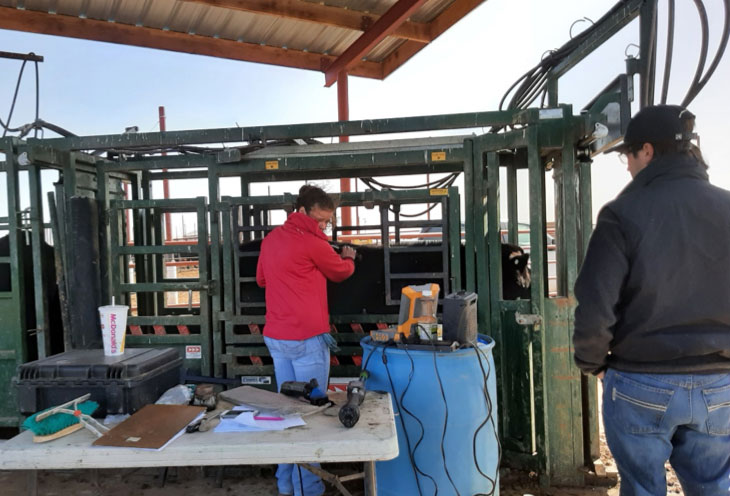 Saturday morning we scanned 124 head.  That was the most I had done before at one time, but it was also the fastest I have gone per hour! I was very happy to report this to Dad, as he is constantly encouraging (nagging) me about my time. Scanning was probably my favorite part of the trip.  The people were very nice, we were working cattle, and we were out of the city.  It was hard to tell we were even in CA. 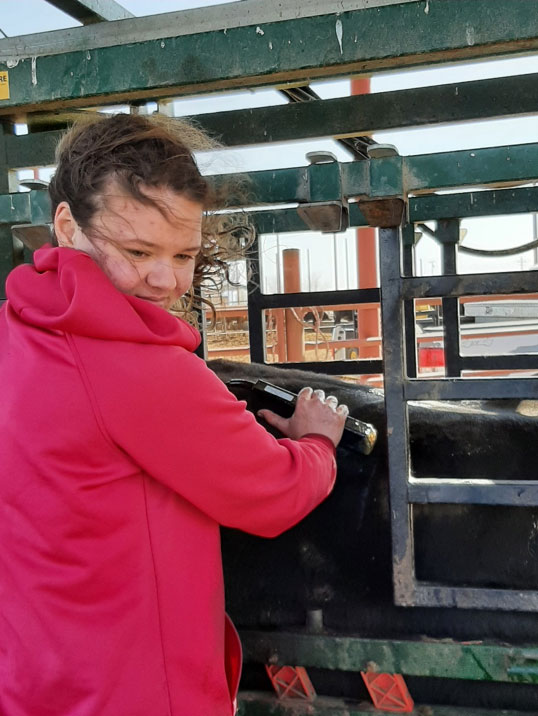 Even though you might think we were heading for warmer weather, we still froze while scanning.  We were in the shade and the wind was really blowing… As you can tell by my hair in this picture! 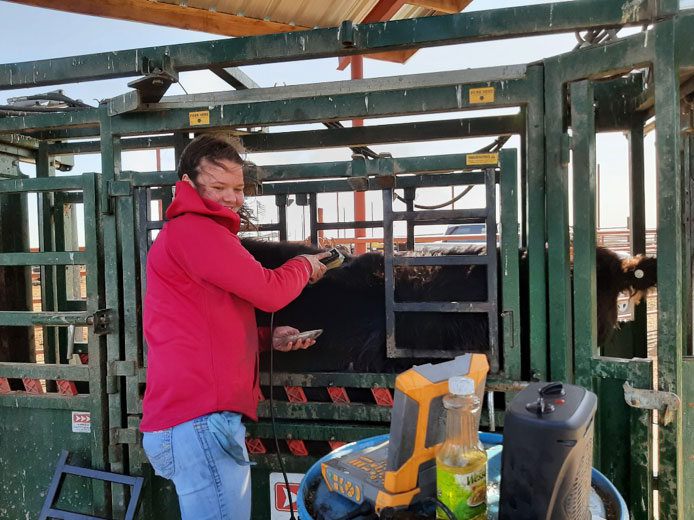 I think this may be the first picture ever that has been captured with me smiling and scanning.  😊 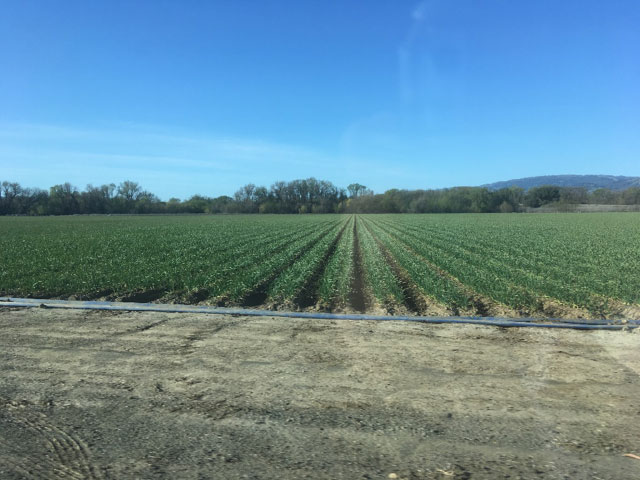 We saw some cool scenery while traveling back to the city.  There was all sorts of produce that we saw.  Above is a field of garlic.  We even stopped at a fruit stand a got a California blood orange!  I brought it back and we tried at Aunt Bon’s. 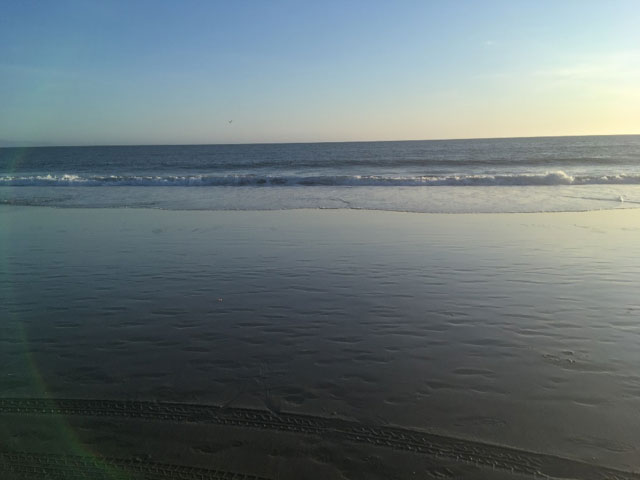 Here’s another picture from when were at the ocean!  It’s a really weird feeling to see that much of water!  I was about as close as I wanted to get in this picture.  The two times I’ve been to the ocean I get to a spot where my flight response kicks in.  I have a hard time convincing myself to get any closer.  Eventually I will, but I was in cowboy boots and jeans so not exactly the correct apparel to go wading in the ocean.  😊  I was glad we got to see it though.

Here is a picture of us and our wind-blown hair once we had gotten in the car to leave!  I think we both had a fun time, but were definitely ready to get back home!  I don’t want to see an airport for the next 6 months, but that probably won’t happen.  Oh, but good news!  I talked to Mom to see how my images were.  We had made a deal…  I’d tell her how hers were from that weekend and she’d tell me how mine were.  We want to know the truth, and family’s pretty good about that.  😊  The verdict was that they were good!  I’m so happy!  I felt really good about them chute side, but I couldn’t be too confident until I got the report on them.

It was a fun weekend and I’m glad that I had the opportunity to 1) Travel to CA for a weekend during college, 2) Travel with family, and 3) make some money while doing so.

Hope you guys enjoyed seeing some pictures and have a good day!