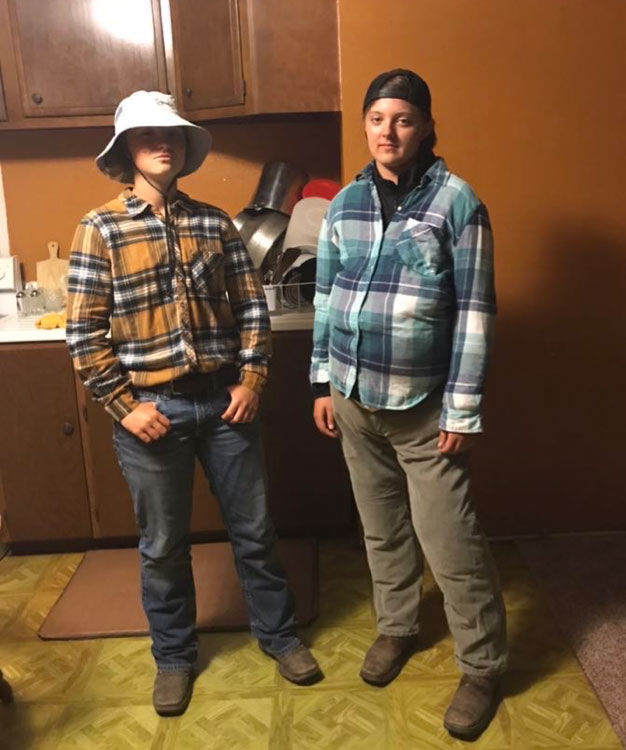 Last night I had an “Oh Crap” moment.  I didn’t get back to my house until 9:30, as we went to watch Ty and Jake’s baseball game.  Then I ate supper, and did some school work.  I had my door and windows open, and the June bugs were bouncing off the screen all night.  They were making quite a racket.  After one of them had sneaked in through a crack and I chased it around the house, I finally shut the door and locked it.  Then I killed a couple of flies, because I absolutely despise the things, and decided I would call it a night.  It was about 10:45 at night and it had been pitch dark for some time.  I was tidying up my table when I heard…..

There was a man standing outside my door dressed in a long sleeve yellow plaid shirt, wearing some type of a fishing/sun hat.  I was frozen with fear and shock for about 5 seconds.  I just stared out my window hoping that the person would somehow disappear.  The first thing that came to my mind was that I had a lost hiker at my door.  Yes, because I get a lot of those on those my dirt road in southwest Iowa.  Not really, but since I have lived on my own, I try to ignore my imagination dreaming up scary intruders.

Anyway, back to the man at my door….  I got my phone out to call someone.  I don’t even know who I was going to call, but I knew I had to let someone know what was going on before I let a stranger in the house.  The only comforting thing was that I knew I had just locked the door.  As I had been staring at this person for several seconds, I detected a bit of familiarity.  The face was in the shadows though, so I wasn’t sure.  I said “Abby?????????”, I was not certain though.  Finally, I took another step closer to look and Abby burst out laughing.

I was not very happy.  Rhett and Matt had just been at my house hunting coons and I told them they needed to come back because of the girls.

After I told Rhett what they had done he said, “And you let them in?”.

I think that was my favorite response of everyone’s.  Yes, I let them in and after my legs went from jelly back to normal we had a little photo shoot.

Now, you may be able to automatically tell that it is Jessica and Abby, but Abby was standing in a shadow and all I could see was her shoulders and up. 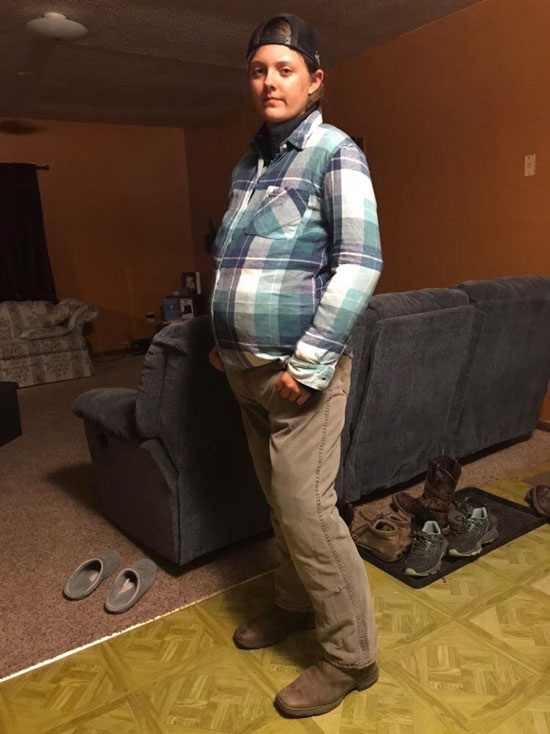 Jessica had like 15 t-shirts stuffed in her shirt and a couple pairs of pants stuck in her legs. 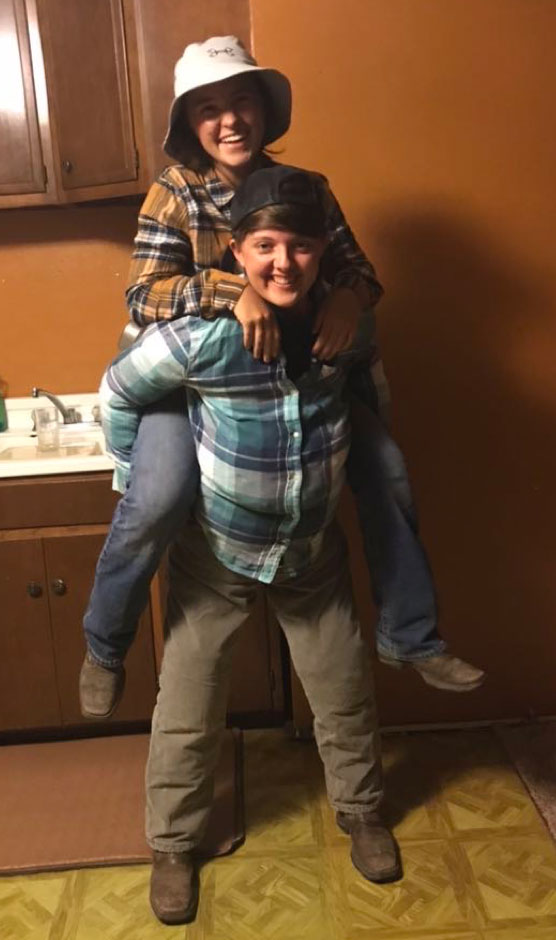 Anywho, that was my night I titled with “Oh crap, that was not a June bug.”

Hope you got a laugh,