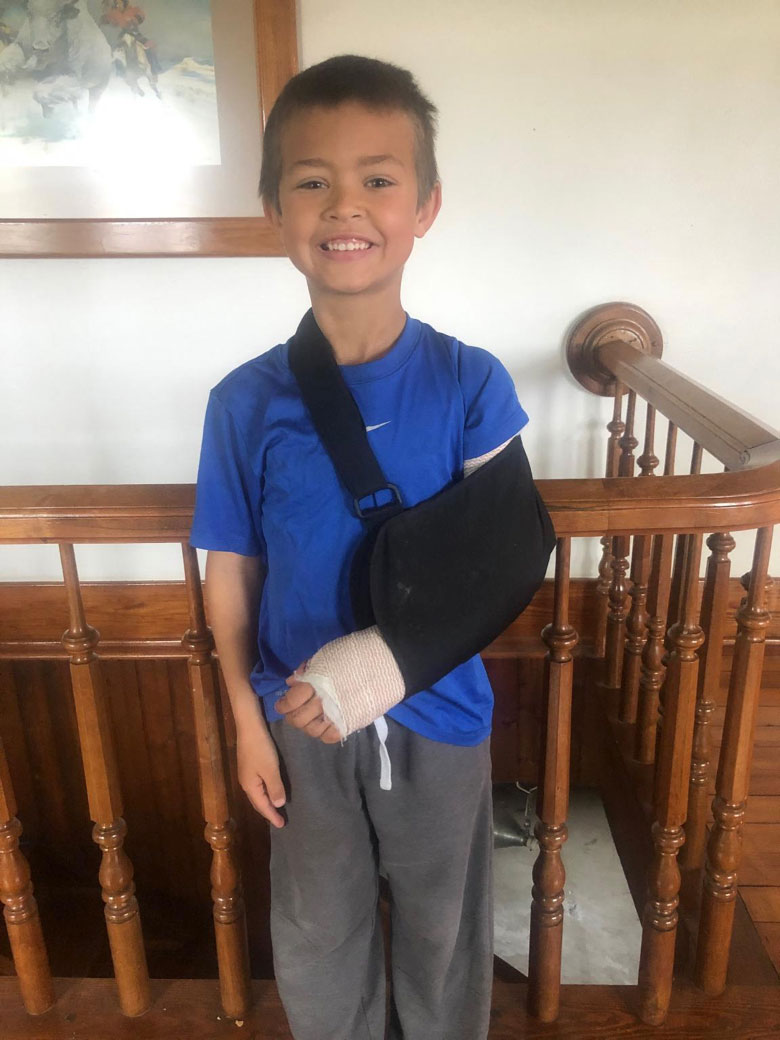 My sweet nephew broke his arm last week. He was climbing a tree, as he loves to do, and he stepped out onto a rotten branch and down he went. It was a bad deal. The only good thing about it was that it happened at his house and not at his Aunt Bon’s. WHEW!

But you will be glad to know that he is doing MUCH BETTER! I mean, look at that smile. In fact, it really doesn’t hurt much anymore, which poses a problem because he sees no point in taking it slow and easy. Hopefully he can keep the bones set until next week when he gets his hard cast.

And I really contemplated including a picture of the X-ray in this post, but I decided against it. It was pretty nasty. When Heather sent me a picture of his arm, I was not prepared, and I about lost my lunch…or supper as the case was. It was not pretty. Lol. So I thought I would spare you.

But rest assured that he is on the mend and will be back to normal in no time.