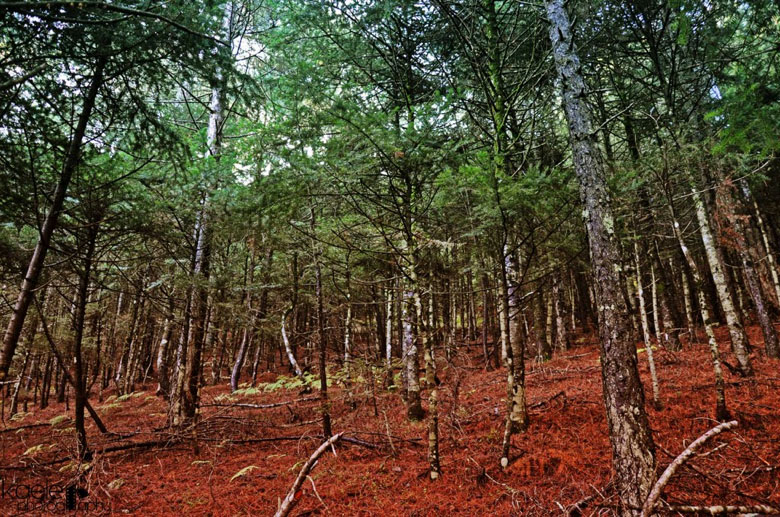 I had the lesson last night at our church’s AWANA program. It was a fun, yet thought provoking lesson which the kids liked so I thought I’d share. Here goes!

Explain the situation…The kids are part of the story. Each child has to imagine that he/she is the main character in the story.

Turn the lights off to help create the scene.

It is dark. You are all alone. You are lost in the middle of a huge forest. You’ve been out there all night. You’re beat up. Scared. With no sense of direction. You’ve fallen several times. One time you scraped your knee pretty bad. You’ve ran into thorn bushes and scraped your arms and they are now bleeding. It’s terrible. You want to cry but know it will do no good. You feel completely helpless. You don’t know what else to do but keep walking because you know no one will find you in the dense forest and you must try to find a way out.

Suddenly, you come to a clearing and see three men there. WHEW! You are safe! These guys can surely help you!

(I got three of our teenage helpers to play the parts of Mr. Easy Way, Mr. Only Way, and The Other Way.   They read their script and stood spaced apart a little distance for later in the story.)

Mr. Easy Way says in a laid-back style: “Follow me! I know the way. It’s easy. Just hop right in my boat and we’ll float down the river to safety. It will be easy. You won’t have to think about the right way to go. Just do whatever you think is right and you’ll be fine. I know what Mr. Only Way says, but don’t worry about that. Come on! Let’s go!”

Mr. Only Way says confidently: “Follow me. My word will be a lamp to your feet and a light to your path. I know that there is only one way out of here. No other paths will get you to safety. There is only one way. And that way is to follow me.”

The Other Way says gruffly: “Follow me. Come on. Did Mr. Only Way really say there is only one way out of here? Are you sure? Well, he can’t possibly be right. There must be a better way. I know I can find it. Just follow me.”

Oh my. Which one are you going to follow? I’ll give you a little time to think about it. If you decide to follow Mr. Easy Way, line up behind him.

If you choose to follow Mr. Only Way, line up behind him.

If you choose to follow The Other Way, line up behind him.

Now, I’m going to tell you the end of the story. Kind of like those books where you get to choose the ending? Well, we’ll see what happens in each of these scenarios.

If you decided to follow Mr. Easy Way, things go well for a while. You don’t have to make any tough decisions about doing the right thing. You just go along and do what’s right in your own eyes. And life seems easy for a while. You feel like you’re probably on the right track. But then, suddenly, you hit some rapids. And you’re not ready for it. You don’t know what to do! Mr. Easy Way didn’t prepare you for what to do when things got tough. Then, even worse, you come to a gigantic waterfall and you crash over it and die. I guess Mr. Easy Way didn’t know the way out.

Now, for those who decided to follow The Other Way, here’s what happened. What started out bad just got worse. You followed The Other Way, but you just kept feeling more and more lost. He would lead you down one path, and sure enough, it was a dead end. You tried to turn around to get back on track, but you couldn’t even tell where you had come from. It was horrible. You kept tripping and falling and getting hurt, but you kept following The Other Way. Then, out of nowhere, a giant grizzly bear leaped from the woods and ate you. You died. I guess The Other Way didn’t know the way after all.

For those of you who followed Mr. Only Way, he was right. His words were a lamp unto your feet. Suddenly, you could see the way out! Now, you slipped and fell a few times, but Mr. Only Way was always there to help you back on your feet. He gently guided you down the path. He was like a bright light that you could follow. And one time, you even got confused and turned away from Mr. Only Way, but he caught your arm and turned you back on the path. Your trip wasn’t always easy, but you always had complete trust in Mr. Only Way. He was always there for you and he helped you so much along the way. And he was right, he knew the way and he knew it was the Only Way out. You survived!

So can you tell me what each of these choices represent?

Who was Mr. Only Way? Jesus. That’s right. He tells the whole world plainly that he is the Only Way to Heaven, but he won’t drag you there kicking and screaming. You have to decide to follow him. You have to believe that he will do what he says…get you to Heaven, and you have to trust him as your savior.

Who was Mr. Easy Way? He’s the guy who sits on the fence. He’s heard of Jesus, but he just doesn’t want to make a decision to follow Him. He’d rather just float along in life and hope he can get to Heaven just by being a good person. He doesn’t necessarily do anything terrible. In fact, he’s a quite likeable guy. But he doesn’t know the Lord as his Savior because he doesn’t want to have to think about things like that. How does life turn out for him?

Who was The Other Way? Satan. That’s right. He’s always there to cast doubt on what God says. One of his favorite tricks is to say, “Did God really say?” That’s how he got Eve to eat the apple. And he tries to get us to sin with the exact same line. Satan tries to tempt us in many, many ways. He tries to get you to believe that if you follow him, life will be grand. But it turns out that when you disobey God, life isn’t grand. God gives us rules and guidelines to follow so we don’t get hurt. Satan tells us don’t listen to those guidelines because he wants to see us get hurt. What happens if we decide to deny that God is the Only Way? We die and don’t go to Heaven.

(And that was the original end, but then I added this part, too.)

Now I noticed when you were back in the forest making a decision on who to follow, several of you listened to what your friends said or followed what they did. That is a reality in life. Our friends can influence our decisions, which is why it is very important to choose friends who encourage us to go down the right path. And when we give advice to other people we need to try to make sure it is Godly advice so we don’t lead someone else astray.

You will make thousands of decisions in your life, but there is one decision that will determine your destiny for eternity and you can’t take it lightly. It is up to you, and you alone, on who you choose to follow.

Then we discussed it a little more, and I asked for questions, and we said a prayer and that was it.

I know I enjoyed giving this lesson and the kids seemed to enjoy listening to it and I hope that my point was clear. I know I could have expanded on it in many places, so if you would like to use this illustration yourself, elaborate all you want! It’s kinda fun! And be prepared for quite a reaction when you tell them a grizzly bear ate them. They weren’t expecting that.

Have a great day and may God bless you!