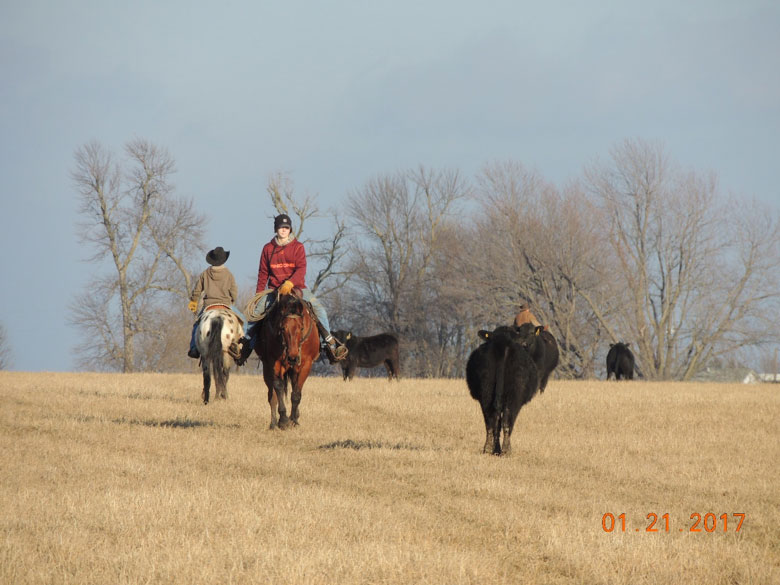 After a couple week hiatus from working cattle and being cooped up in the house, I’m back in the saddle again! (I wasn’t sick or anything. It was just cold and nasty out and we didn’t do much other than make sure everything had feed and water.) And, okay, I guess technically I wasn’t actually in the saddle. I was in the pickup. But my kiddos were in the saddle. 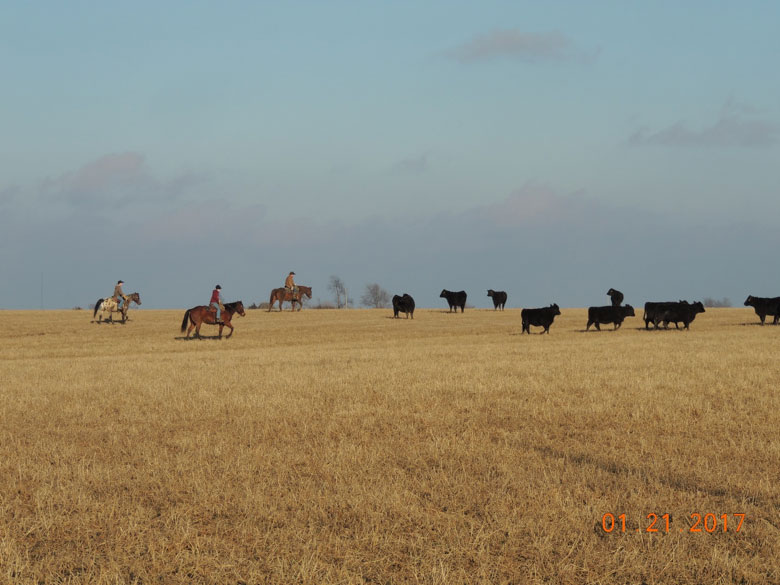 It would be like taking over 100 kids to Adventure Land with three chaperones. The chaperones would really have to be on their toes! 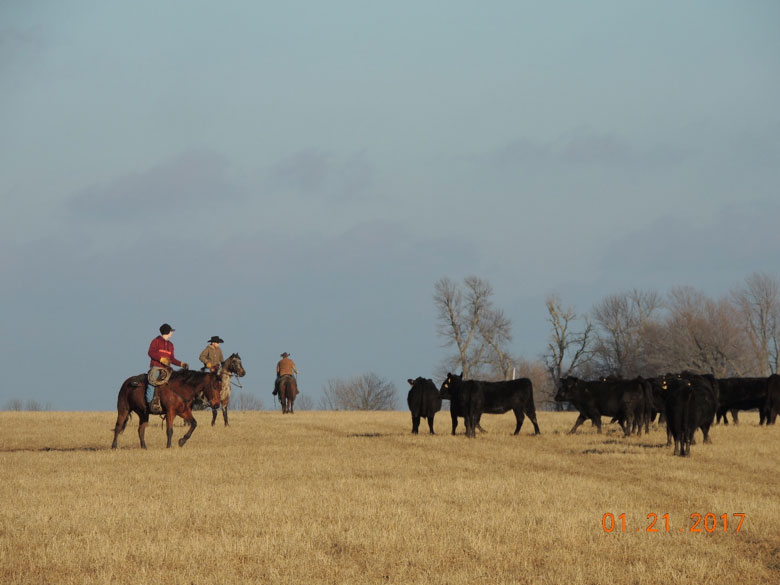 Traditionally, when moving cows from a pasture, we have someone at the gate or front of the herd and everyone else circles around the back of the herd and pushes them towards the gate. But heifers tend to be far more curious and turn to look at the riders in the back. 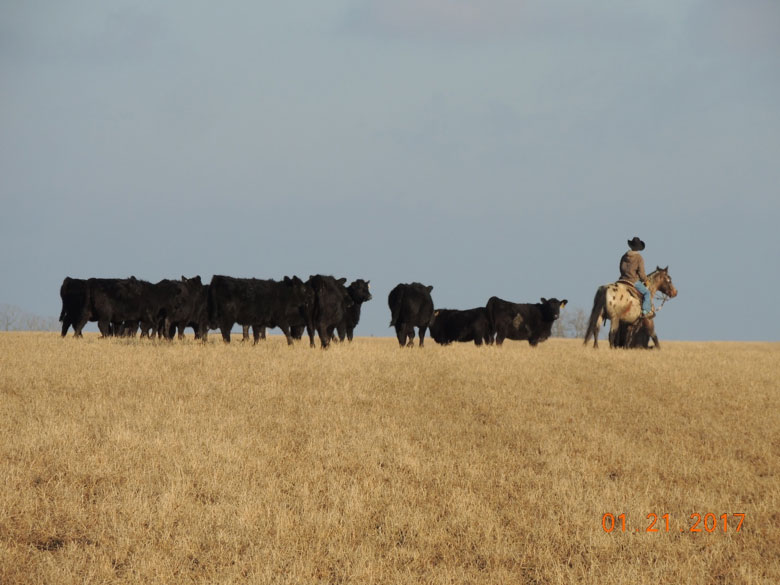 So sometimes it’s easier just to walk through the heifers and have them follow you to the gate. My ten-year-old son figured this out at a young age and the heifers just followed him as if he was the Pied Piper. 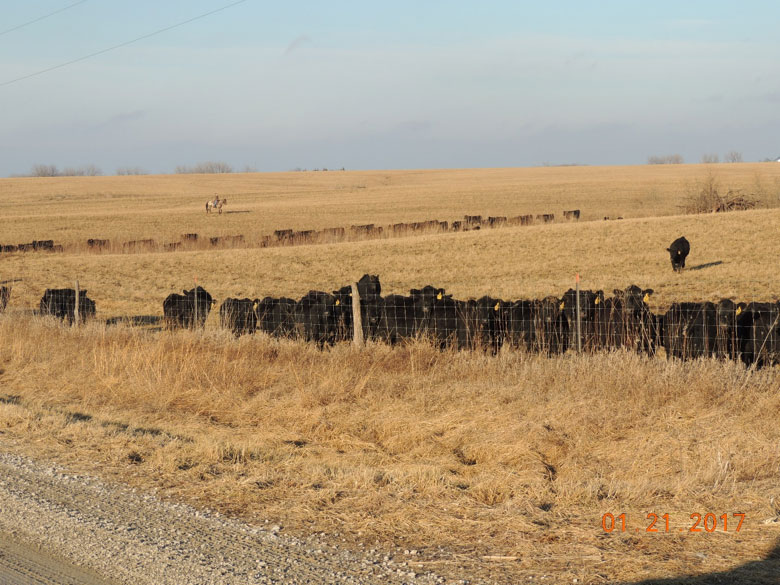 And before long, the heifers spotted us at the gate and walked our way. 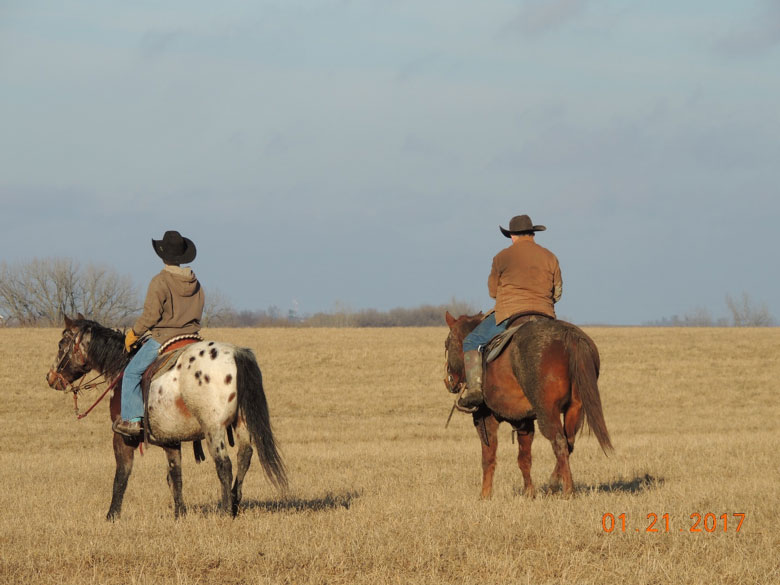 It was really an uneventful drive. Except Matt’s horse, Spot, got a little excited at one point and took Matt on a little bit of a crazy ride. (Spot is not 100% broke so he has been Matt’s winter project.) You see here Matt has his hat on. 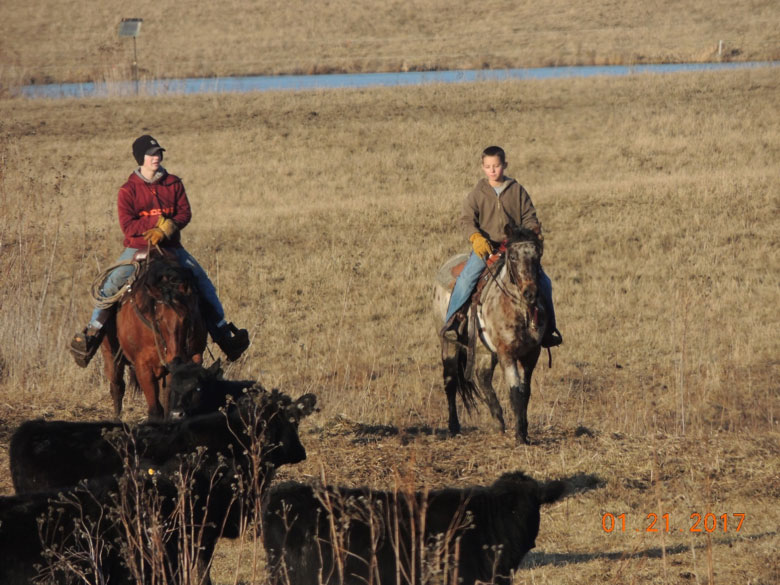 But while on his wild ride, he lost his hat. However, he couldn’t abandon the drive to turn around and get it until after the heifers were in their new pasture. 100 heifers with 2 cowboys = mayhem. 100 heifers with 3 cowboys = calm and controlled. And the rest of the drive went off without a hitch.

It was good to be back in the saddle…