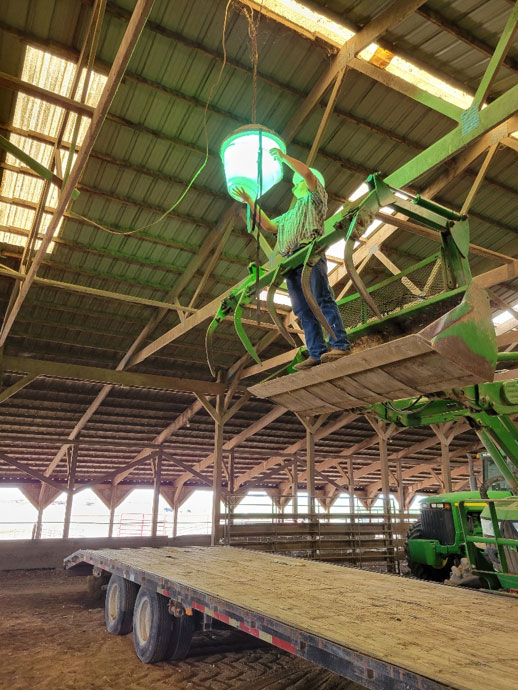 First, were the barn lights.  A couple hours before Uncle Joe worked on getting a cover for it.  It was finally decided that Aunt Heather would run to tractor to lift him up.  There weren’t any other members of boys’ team there, so Uncle Joe was a bit concerned about picking a tractor runner.  For the record, Aunt Heather did a great job and probably didn’t even think about dumping him out of the scoop.  I’m just kidding! 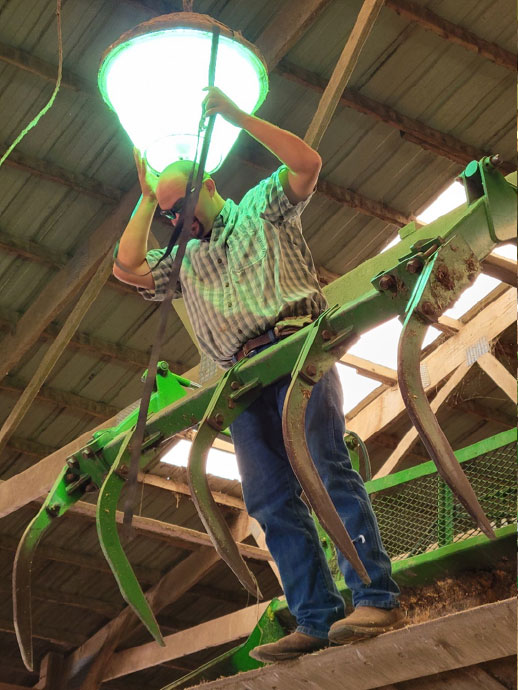 The cover was a little tricky.  He used his head to hold it up, and we have another picture of him using his teeth…  Finally, he got it ratchet strapped up there.  This light just happened to be right over the stage, so everyone tried to avoid standing right under it…  Just incase it came tumbling down.  But the ratchet strap is still there and probably will be for the next 10 years. 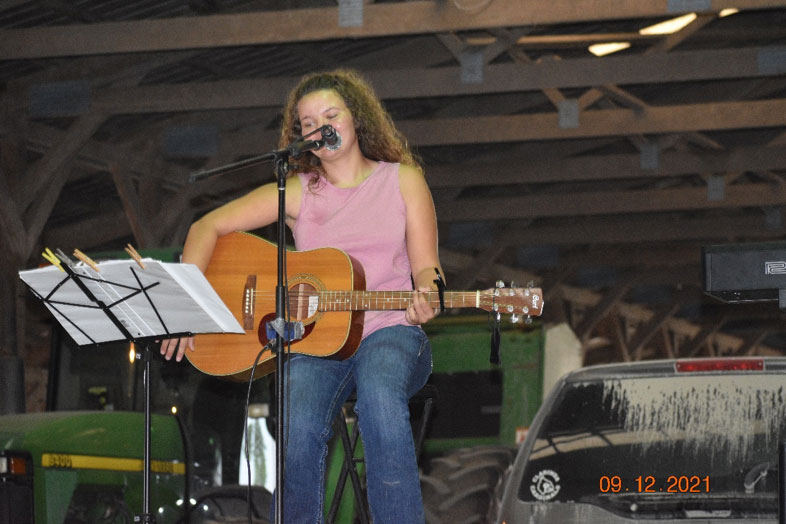 And then there was my little problem.  About 30 minutes before cowboy church was going to start, I went to the bathroom in the barn.  I locked the door, just because there were several people there and I didn’t really want anyone walking in.  Makes since right.  Well, maybe not why I’m telling you this, but I’ll get to it in a second.  I’d washed my hands and was heading back out.  I got to the door and turned the lock on the handle to unlock the door.  But it turned, and turned again, and again, without unlocking the door.  About the 50th turn of the lock, I laughed and though “Well, shoot, I’m locked in the bathroom.”  I really didn’t want to call anyone until I was really desperate.  I mean in a matter of 45 seconds everyone would know I was locked in the bathroom (and once this blog gets out everyone will…).  I wiggled the handle, spun the lock around, pulled and pushed the door, just about everything but holler for help.  Two or three minutes later which felt like 20 or 30 minutes something finally clicked and I was able to escape. Once I got out, I realized the handle had already been drilled out from the outside.  So yes, someone else had been locked in the bathroom before…  Thankfully Abby went and wrote a sign to stick  in the bathroom so hopefully it doesn’t happen to anyone else.    I got a good laugh out of it! 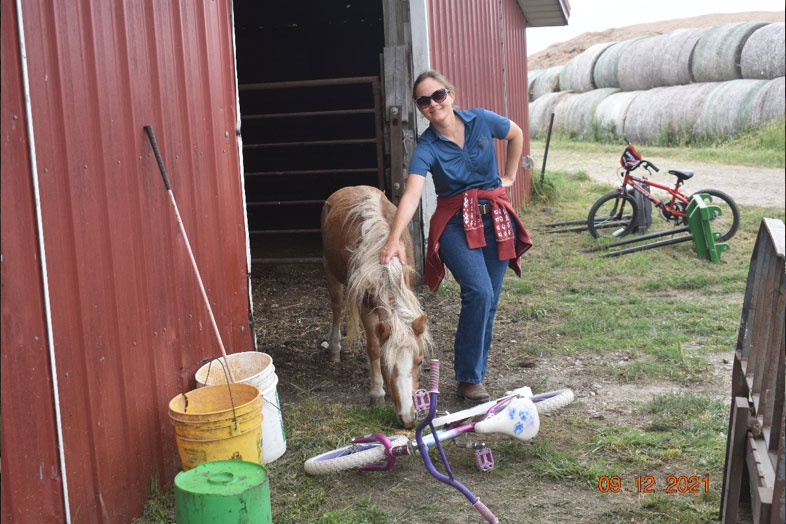 Speaking of escaping we have Twinkie.  She somehow escaped from the barn and was wandering about.  Thankfully there was a little pile of corn on the ground that sidetracked her.  Mom found her and held on to her while I went for the halter.  Well, first I went for the camera, but then I got the halter.  😊

Anyway, I thought I would share a few of the funny stories!  Nothing too dramatic, just the little hiccups that always keep us on our toes.  Life would be so boring without them though!