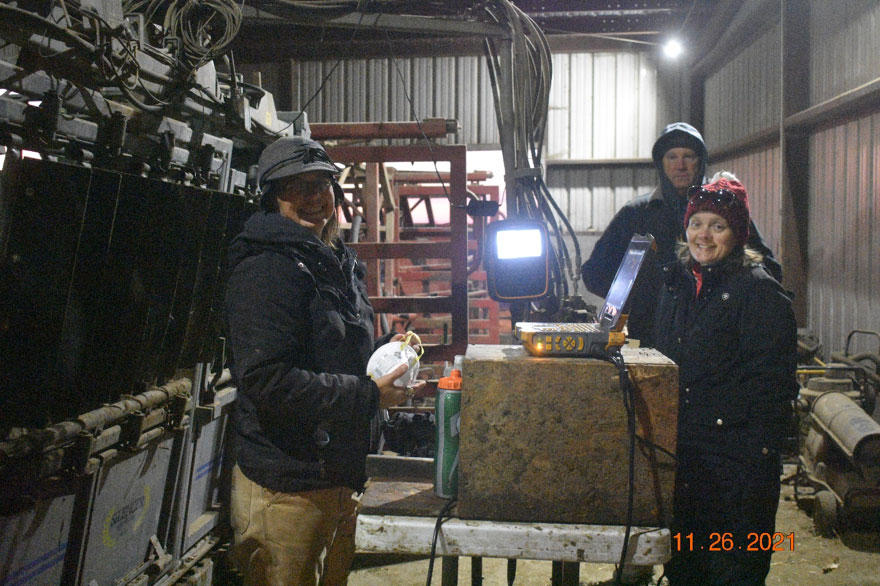 While some people may have been waking up early the day after Thanksgiving to go shopping; the Werner family got up early for a big day of working calves.  We reimplanted Aunt Bon’s and Uncle Will’s grass calves and sorted them for harvest using the ultrasound machine. We had 400ish head to do and bets were placed as to how long it would take us.  Some thought all day, and some didn’t even think we would be able to get them all done in a day.  However, Aunt Bon and Uncle Will had plotted and planned this out for weeks.  Everyone was given a specific job.  Aunt Bon also stocked the barn with lots of snacks and caffeine.  We were prepared and ready to tackle a big job.

Bright and early in the morning the barn crew worked on getting set up. 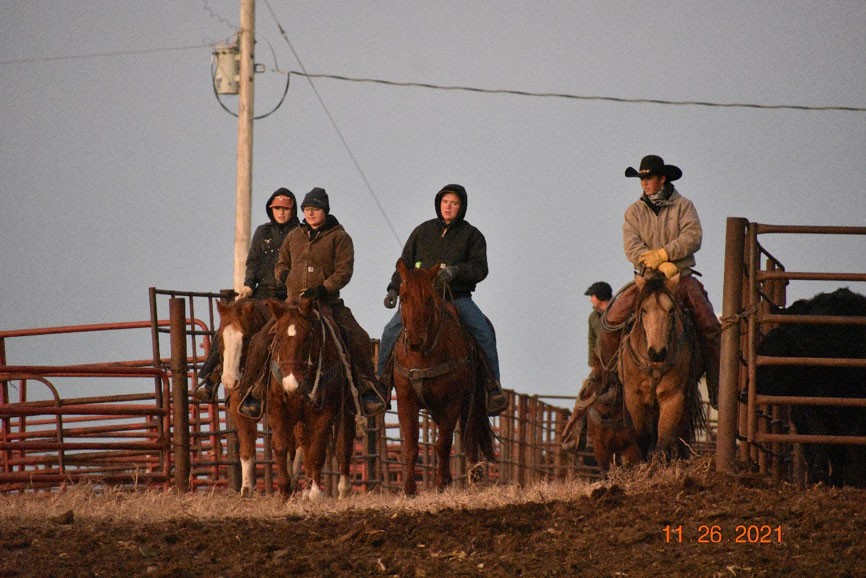 Meanwhile, the horseback crew rode out to bring up the group of calves by the barn. 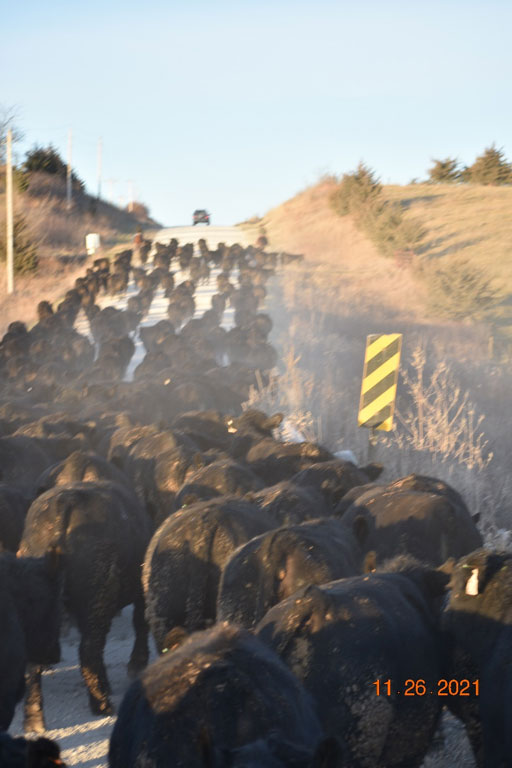 Then they headed down the road to the neighbors and brought another group to the barn. 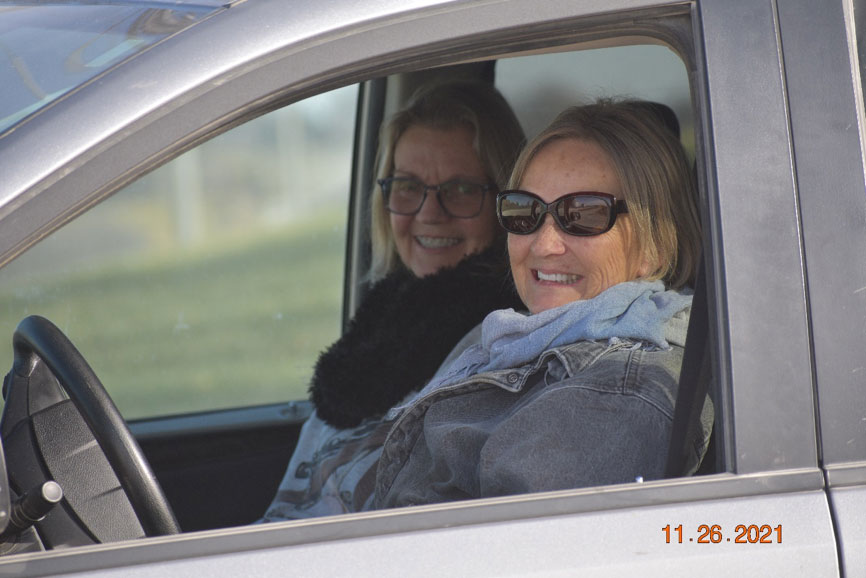 Grammy and her sister (Aunt Punk) went with the cattle movers to go in front and behind of the cattle to stop any traffic. 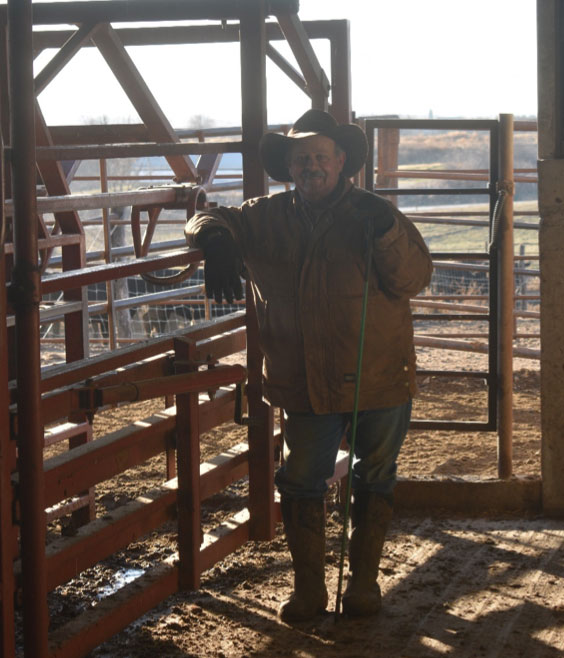 Meanwhile the barn crew got busy.  Grampy loaded all the cattle into the alley for us. 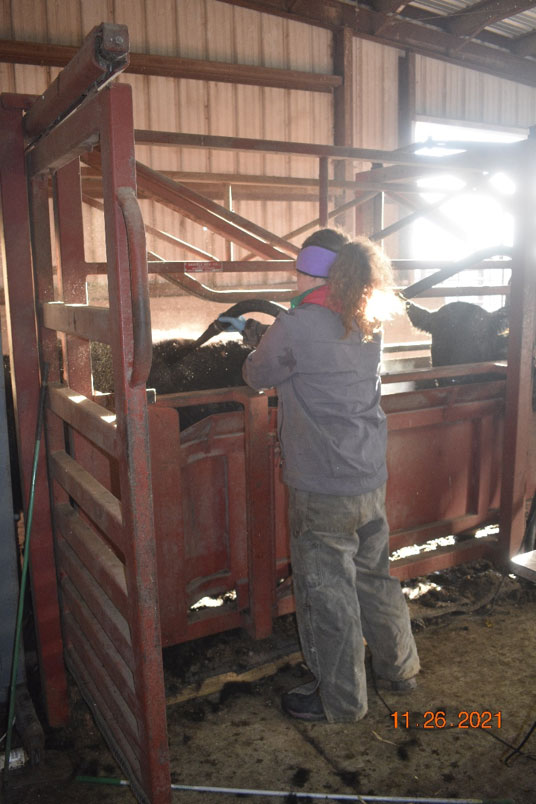 Then I would blow them and clip them behind the chute before they got to Aunt Bon. 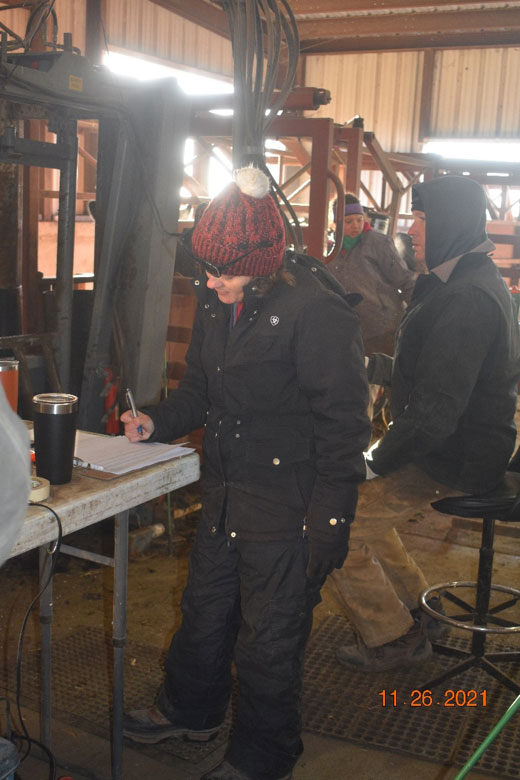 Then Dad would catch them in the chute, and Mom would record their weight and which way they would be sorted. 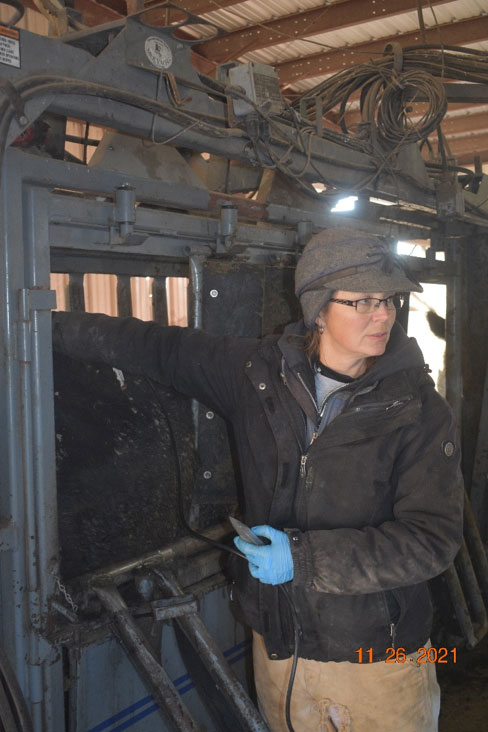 Aunt Bon would collect an image with the ultrasound machine and see how close to finished that steer was. 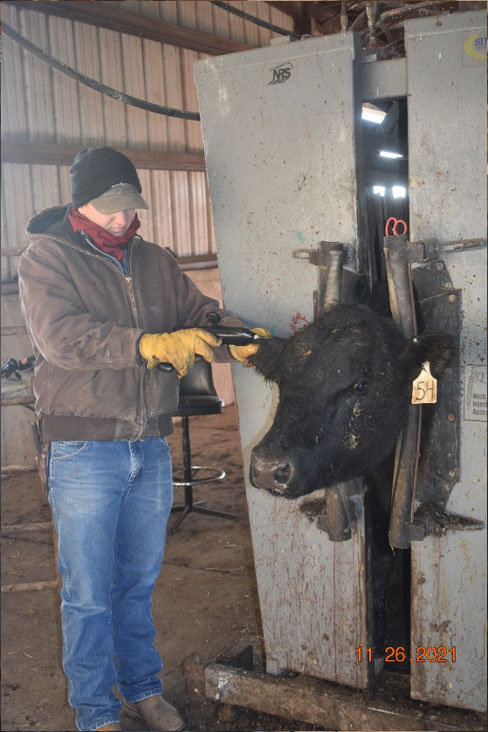 Simultaneously, Rhett would implant the calf.  Then the next calf would come in and the process would start over again.  The thing you can’t see from the pictures is the speed and energy that this took place in.  Wait, maybe I take that back.  I think I have a picture that might accurately describe it….. 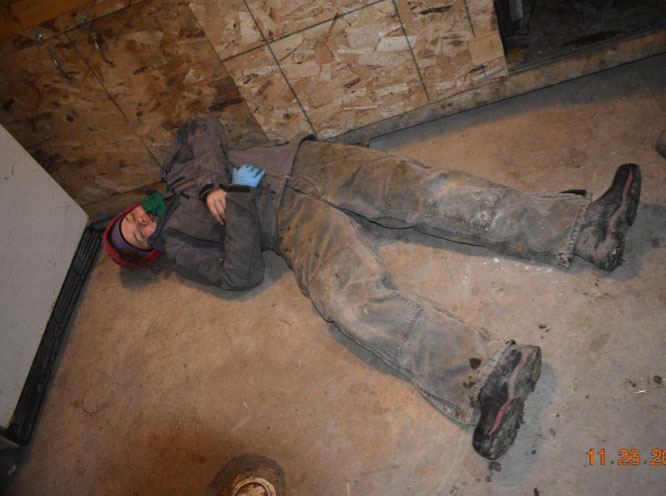 Yep, that about does it.  Let me explain…  There was about a five-minute break to switch pens out back, so the barn crew stepped into the office to warm up and get a snack.  Well, I wanted to take full advantage of the break, and I was already covered in dirt so I plopped down on the floor and rested for a few minutes.  You see, there was no downtime in-between calves.  The whole process was so efficient that people were constantly moving.  Now before I make this sound like we were slaving away by the chute for 18 hours, I will tell you the best part.  We finished implanting, weighing, sorting, and getting an ultrasound image on 400 hd. by lunch time (the same day!)!  It was super impressive! 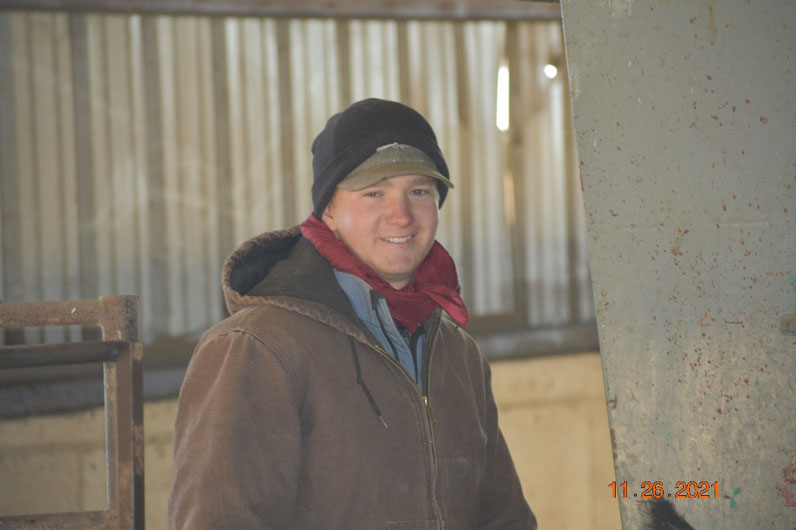 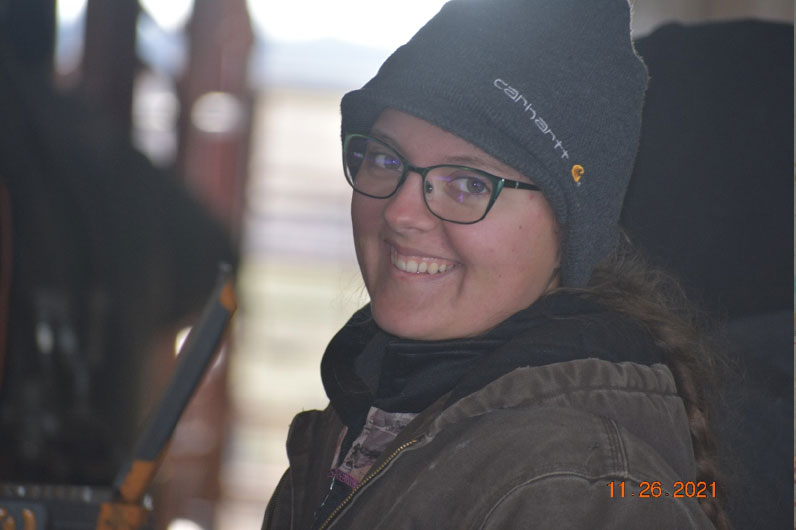 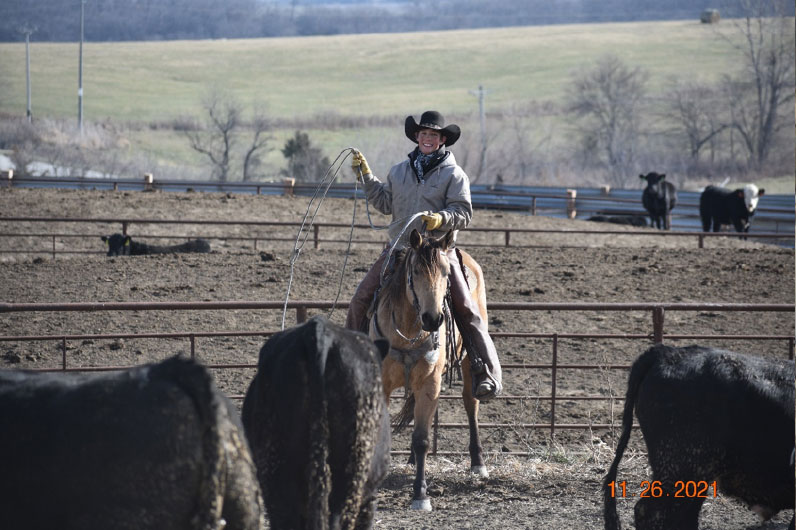 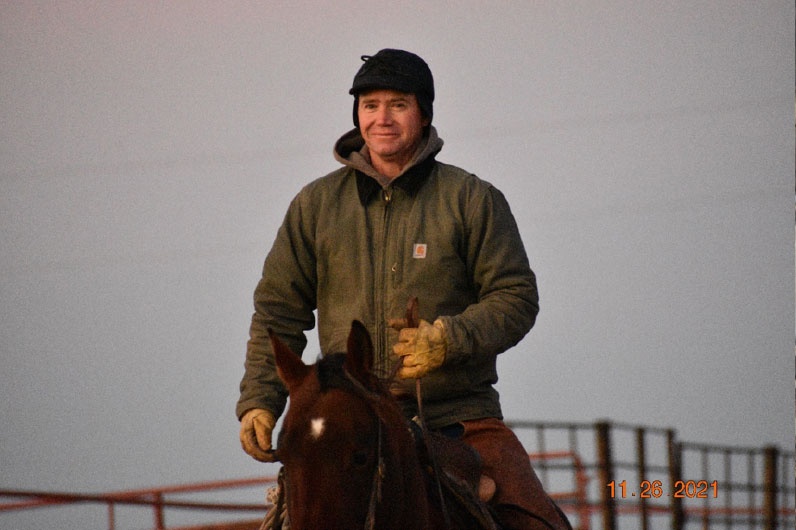 And you know what?  It wouldn’t have been possible without hard work, dedication, and a good attitude from everyone.    (I hope you’re smiling after seeing all those happy faces.)

Anywho, I’ll let you get back to your day.  Thanks for stopping by!
Lindsay