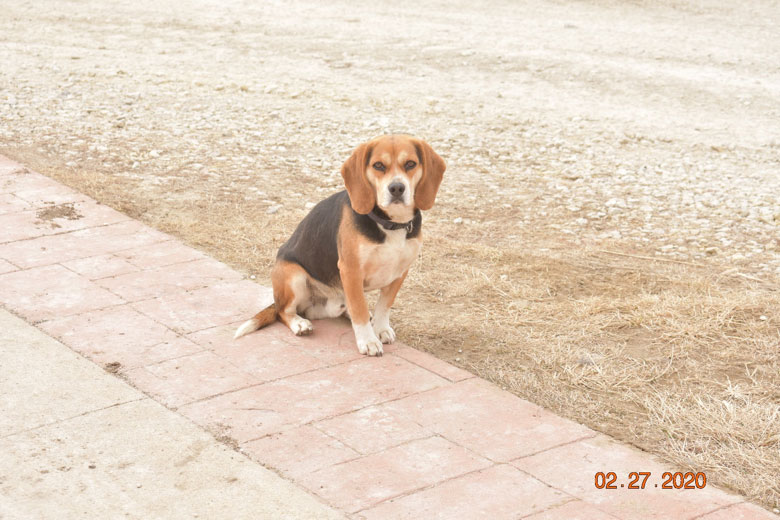 Have I introduced you to Buster? Buster Brown the Beagle.

Well, this is Buster. And have you ever seen a cuter critter? I mean, just look at those eyes! And I am admittedly not a dog person, but I like Buster. He’s friendly and rambunctious and loveable. He chases rabbits like it’s his job. He torments our older dog, Kelly, and pretends they are best friends. He pees on absolutely everything…which is why he is not allowed in my garage. He is quirky and charming and this afternoon, he about lost his life.

I should have been more observant. I should have listened to my psyche-senses, but I did not. You see, this morning, not long after I had taken a stack of bills to the mailbox, I was working at my computer when I thought I heard a car door slam. I waited, but no one came into the house, so I decided it must have been my imagination.

About 10 minutes later, I received an email that notified me that my Staples package had been delivered. This was great news. We were anxiously awaiting a delivery of toner, and apparently, it had arrived.

I went out to my garage to get the package. But it was not there.

Huh. Well, maybe they just meant it was out for delivery. The UPS man usually doesn’t stop until the afternoon anyway. That’s what it must have been.

So I went back to work and didn’t think another thing about it. Until I needed to run down to the beef center to get some data off the computer.

That’s when I stepped out of my house and saw this carnage. 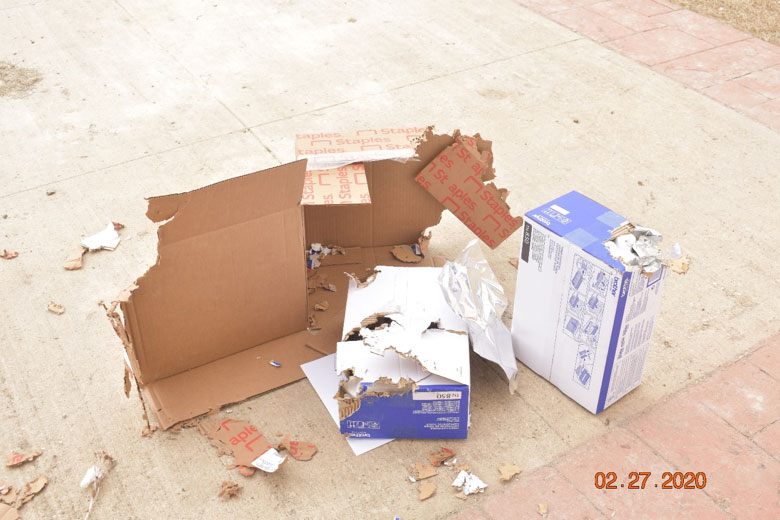 And this is when Buster nearly lost his life.

Did I mention I’m not a dog person? I know. I’m a cold-hearted wench who thinks dogs’ breath smells like death and I absolutely, positively cannot STAND IT when a dog licks me. I mean, I want to throw up. Their cold, wet nose touching my skin? And then their slobbery, hot tongue licking me. It repulses me. ACH! BLECH! GAG!

Not that that really has anything to do with anything. Just a fun-fact-for-the-day.

But when I saw what Buster had done to our long-awaited Staples package, I wanted to thump the little fart. 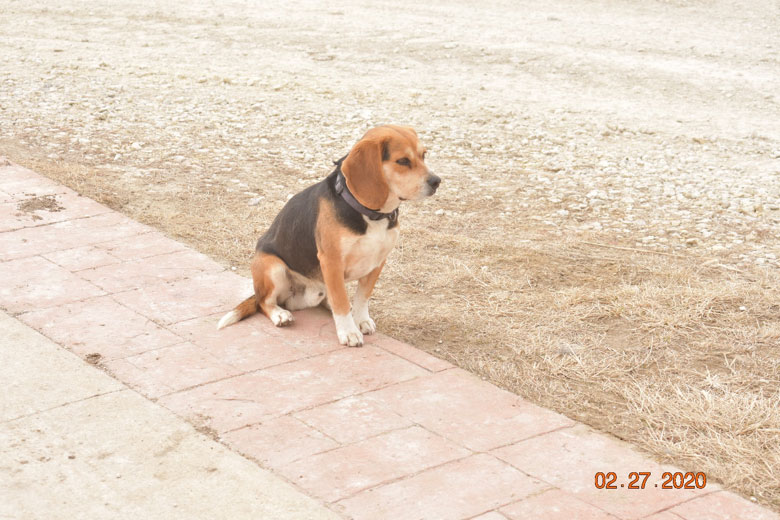 So I did the next best thing. I reprimanded him. I mean I really laid into him and gave him the what-for. I was getting pretty carried away with my “No-s” and “Bad Dogs” when I noticed it looked like Buster was crying.

Oh no. I had hurt Buster’s feelings. I am a mean, heartless wench.

But it was too late. The damage had been done. Buster trotted across my yard, tucked his tail between his legs and sulked out of my life forever.

No luck. He kept his forlorn, sad march all the way up to Joe and Heather’s.

It was terrible. I was trying to formulate a plan to mend our irreconcilable differences, when I had to leave to get the kids from school. It felt weird walking out of the house without Buster bouncing over to greet me. It was heartbreaking.

I was riddled with remorse and regret and by the time I got home, I had decided I was going to go up to Joe and Heather’s and make amends with Buster. But guess what, when I pulled into my driveway, there he was. A little sheepish (or perhaps that was my imagination) but he was back.

So I went over and apologized to Buster for being so harsh and severe and he thumped his tail and let me love on him. All was well…until he tried to lick me. Then I kicked him into next week and the whole drama started over again.

Just kidding! I wouldn’t do that. I really need to come to terms with this whole licking thing. It can’t be healthy. But you will be glad to know that Buster is back in our yard, gnawing on the carcass of some poor, unsuspecting rabbit, but hey, at least it’s not my Staples package.