Here’s some more about our trip to California. We didn’t do a whole lot comparatively speaking about touring CA, but for the day and a half that we had, we crammed a lot in. We scanned the first day, and got some ideas about where and where not to go from the breeder. Here’s what we did.

We saw the ocean the first night. It was really cool…both temperature and experience. ☺ I have to say I was a bit hesitant to go down to the water. I’d never seen so much water in my life! It was a cool experience.

We drove a while longer, and saw Ferndale. It’s a really pretty town. Some say that it’s stuck in the 1950’s. The houses were gorgeous, and they have lots of dairies around there. We were going to stay in a pretty motel, but of course there were no rooms. We finally found a hotel in Garberville, which isn’t the cleanest town to say the least. 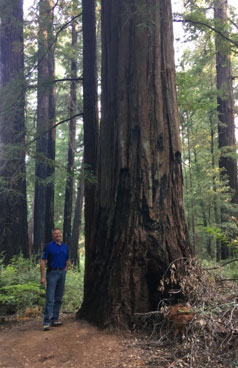 The next morning we drove through a Red Wood forest. The trees were huge! 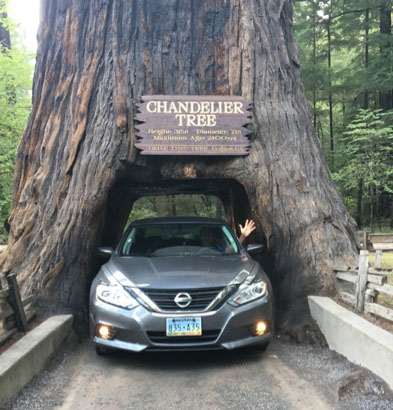 We got to drive through one! 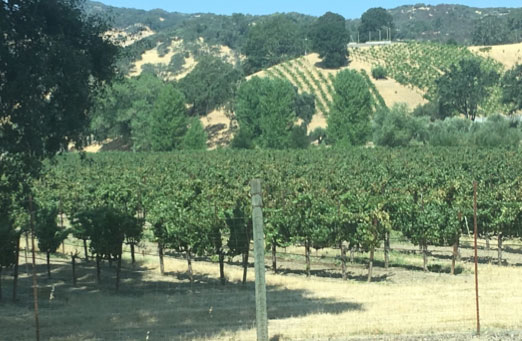 On our way to San Francisco, we saw lots of grapes. It gave us something to look at while we were sitting in traffic. 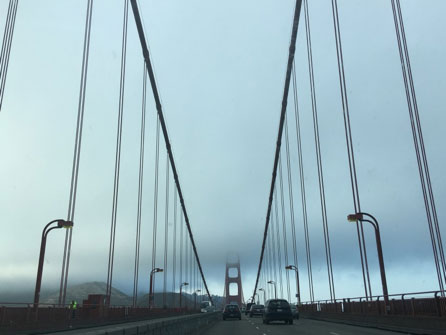 Here’s the Golden Gate Bridge. “Does anyone know that the bridge isn’t actually golden???” Well, I didn’t. It’s red. Why don’t they just call it the Red Gate Bridge? I admit it doesn’t have quite the ring to it. Anyway, we drove across it. Dad thought we should bike, not just any bike though, but a double bike! I assured him that we could find something else to do!

We ate a late lunch at a really cool restaurant on Fishermen’s Warf, and then headed to the ocean. We ended up spending 1 ½-2 hours there. It was good, because we needed to kill time to miss rush hour. 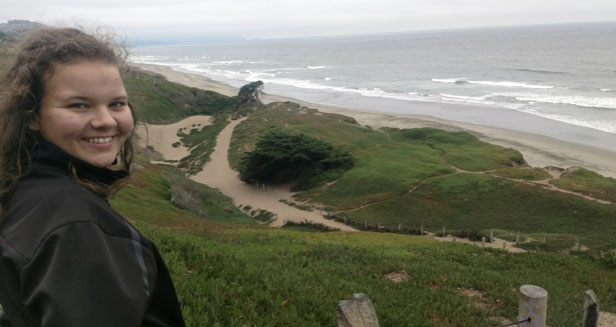 It was a long way down to the ocean! I think the temperature was low sixties. It was cloudy every time we went to the ocean. 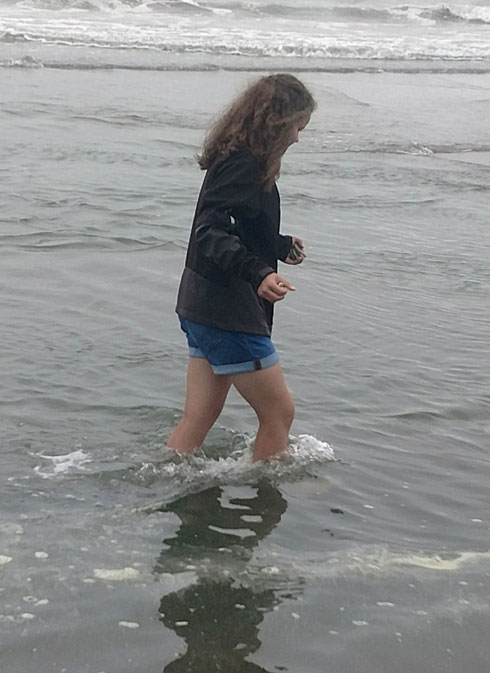 This is the deepest I got, but remember the temperature is around sixty outside. 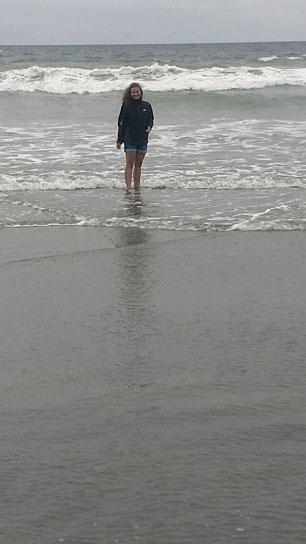 I’m out on a sand bar here. It was really cool when a wave came up! It was pretty powerful, and it would take the sand out from under your feet. It was a weird feeling. 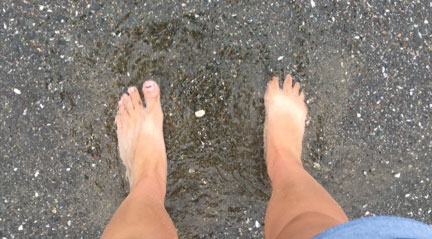 We walked along the ocean most of the time. I walked in the water, and Dad stayed in the sand. (I have a tan line on my feet, too, Aunt Bon!) 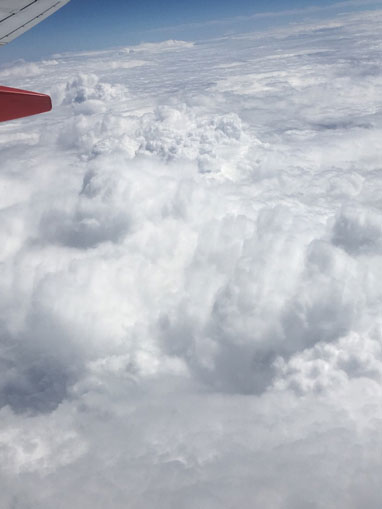 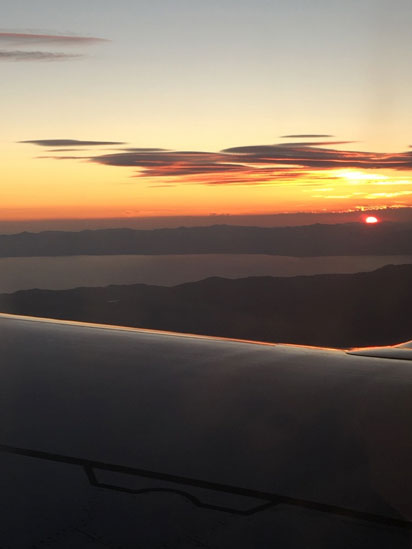 I will leave you with these two pictures. They were both taken in the plane. I had a lot of fun. I got to see lots of God’s creation! And I’m surer than ever that I will not live in a big city!