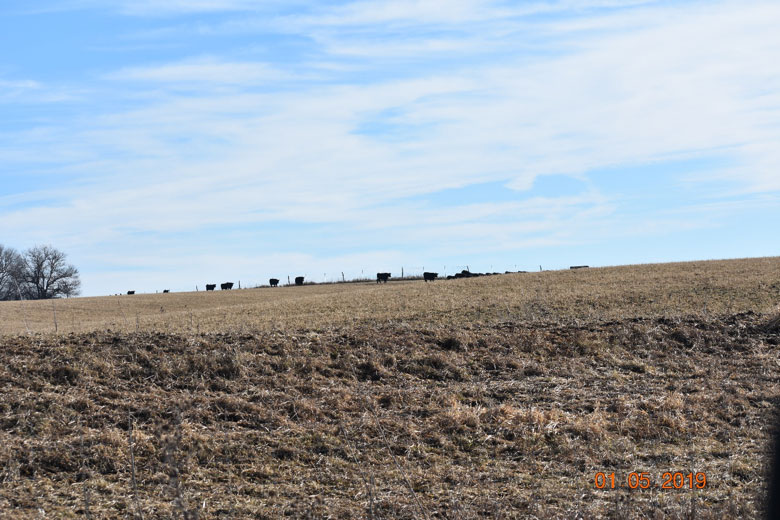 On our way home from the hoop shoot on Saturday, we noticed the spring heifers headed in a westerly direction. 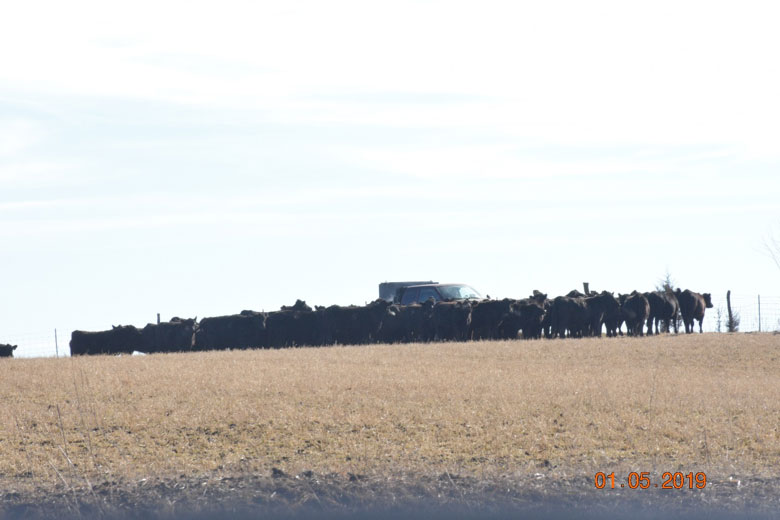 Then we noticed the reason for their migration. Joe was out there with the cake feeder.

Then we noticed the heifers seemed to be following Joe to an open gate. Then we noticed there was a man on a four-wheeler and another in the Kubota and we quickly deduced we were going to get right in the middle of a cattle drive. (We’re pretty observant.)

The girls immediately got worried that we might be in the way. Jessica happened to be driving and she anxiously asked, “Should I back up?”

I chuckled. “My dear, if we were in the way, your uncle would be waving his arms and yelling atrocities at us. We would know without a shadow of a doubt that we needed to move,” said the voice of reason and experience.

“And as experience has taught me,” I continued, “if we were in the way, the arm-waving would be very frantic and agitated, and it would be attempting to indicate a direction in which we must go, but at the rapid pace in which the arm is moving, you will be unable to verify the preferred direction. At which point, you will take a 50/50 chance and move one direction and wait for one of two reactions. If you see Reaction A-The arm-flailing and hollering come to a fevered pitch and the assailant’s eyes bug out of his head, you will know you’ve made the wrong decision. However, if you see Reaction B-The arm-flailing will slow down, the assailant will settle back in his seat, slowly shake his head and take a deep breath, you will know you have made the correct decision. At which point, I like to change directions yet again to see how long it takes for his eyes to bug out of his head.”

I kid. I kid. I wouldn’t do anything like that…too often.

“Anyway, girls, that is how you know if you are in the wrong position on a cattle drive.”

I love imparting my wisdom on the younger generation…