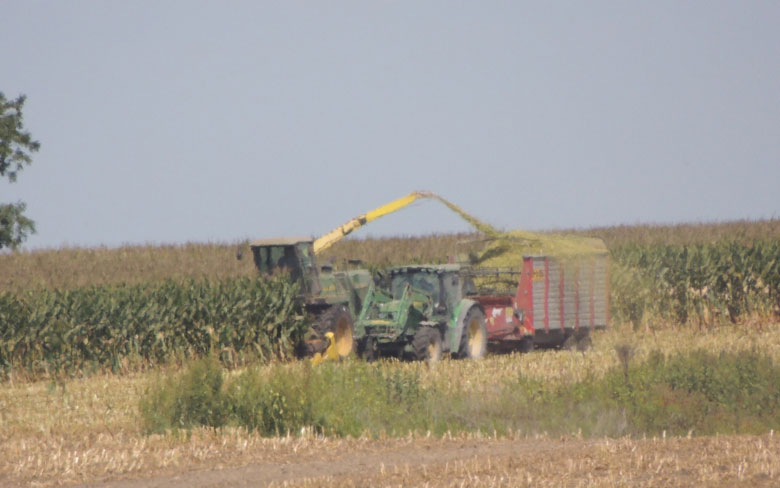 We’ve been busy chopping corn the last couple weeks. And I’m happy to say we are now on the home stretch. We’ve made eight bags and we have three more to go. With any luck we’ll be done by the end of the week.

When we chop, it takes a large crew. Six people makes it run the smoothest with Joe running the chopper, Clint running the bagger, and four people hauling in. 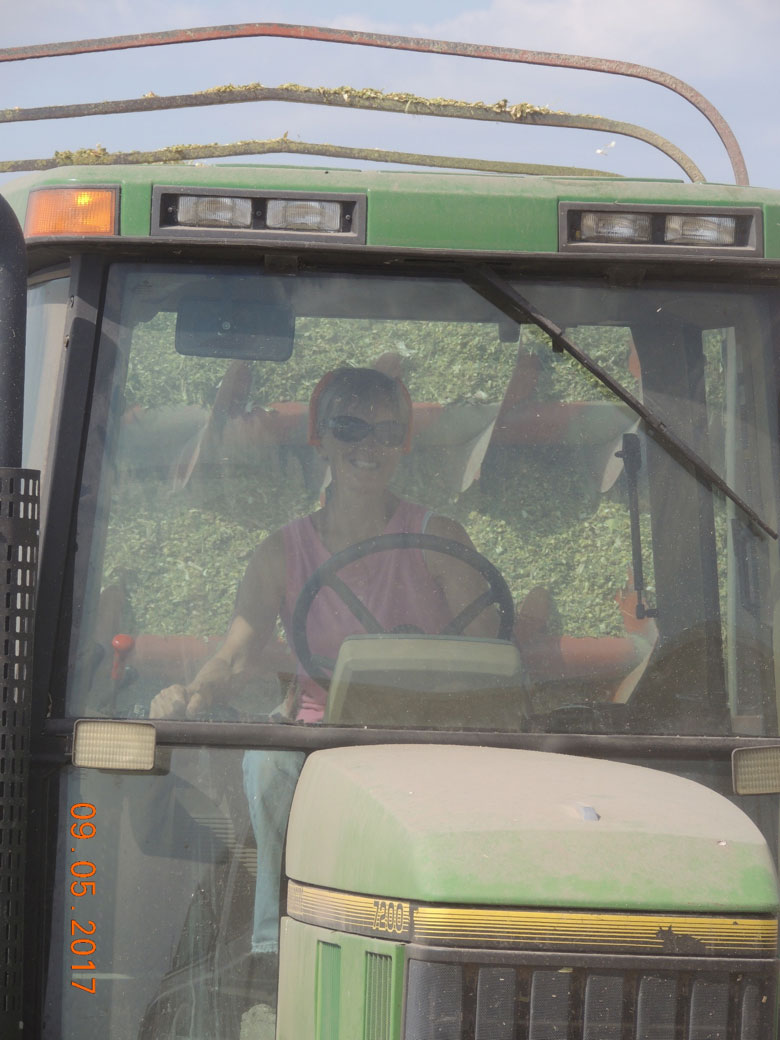 Grammy is usually one of the four haulers. She’s our go-to-girl for hauling. And she always has a big smile! 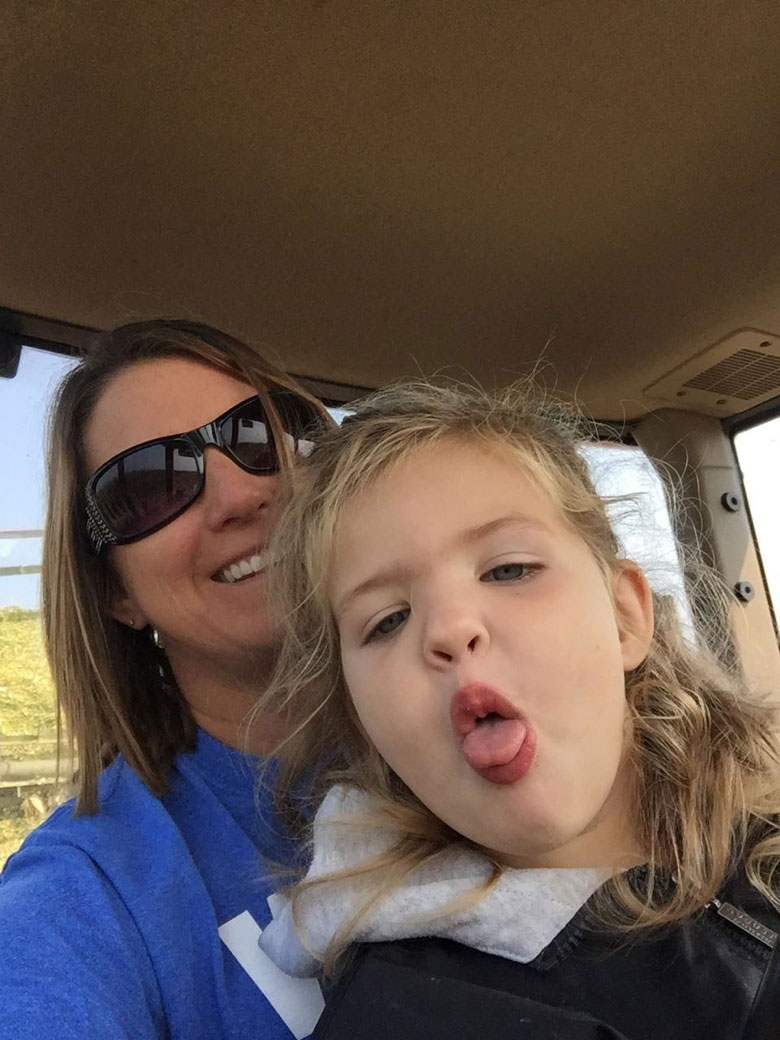 These two ladies are also high on our list.

What can I say, we have fun hauling! 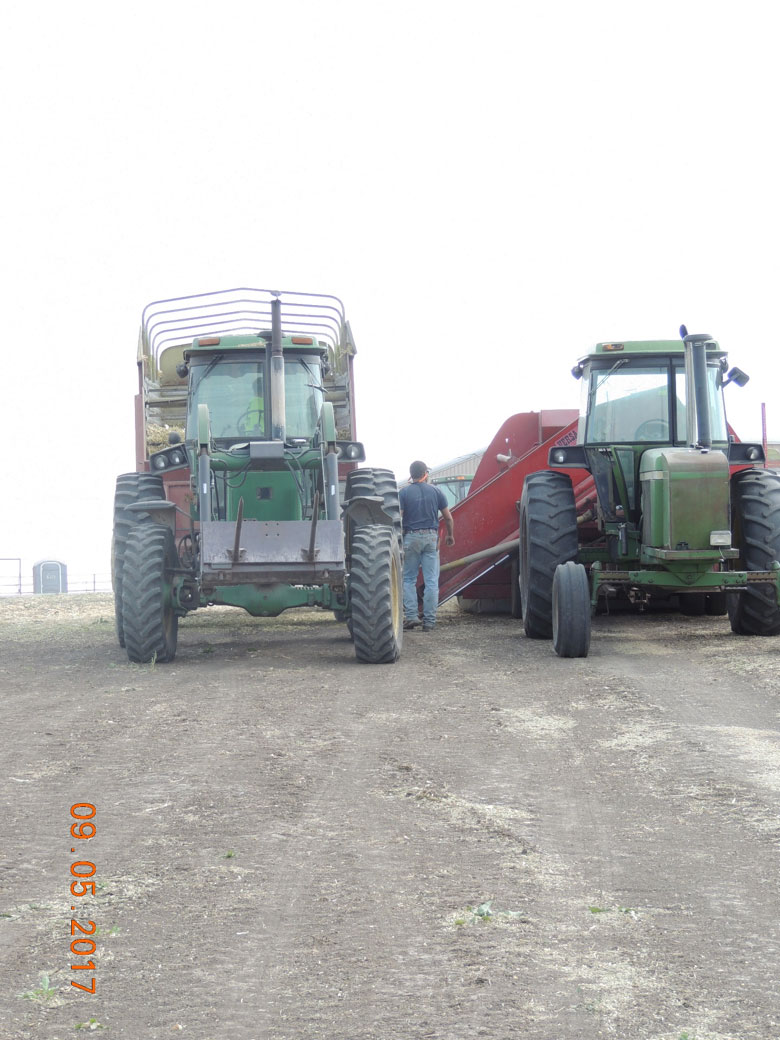 After Joe fills a wagon with the chopped corn, we pull up to the bagger where Clint is. Clint arguably has the worst job of the whole operation. It’s loud, it’s dusty, and it’s hot. But he doesn’t complain…too often. 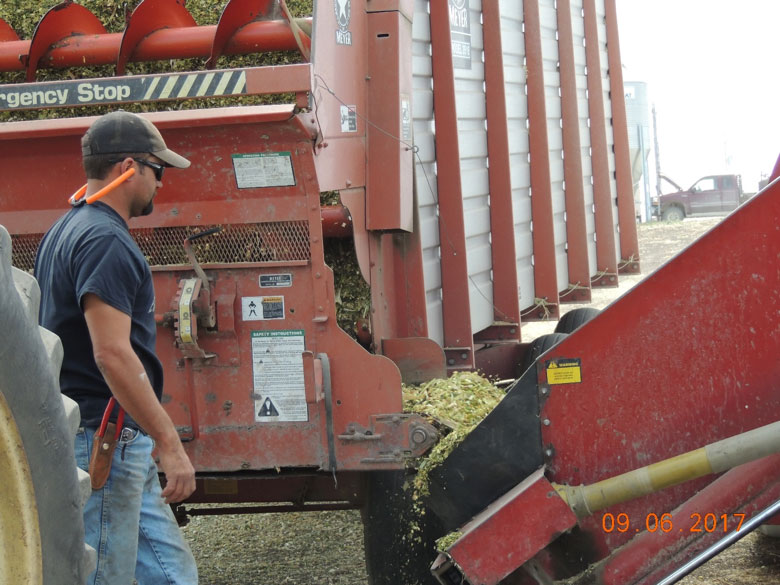 Once the wagon is at the bagger, the chopped corn (and when I say “chopped corn” I mean the whole corn plant: stalk, ear, leaves and all) is transferred from the wagon… 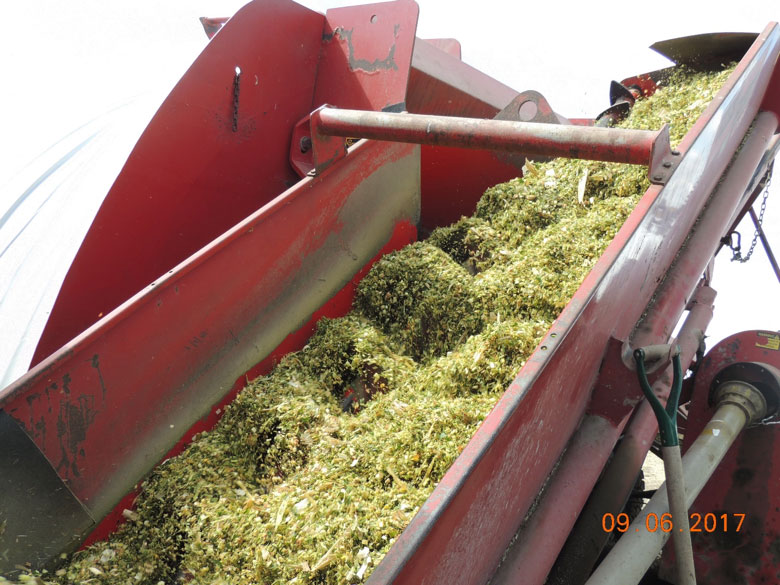 To the bagger, where the silage is augured into the large, white, plastic bag. 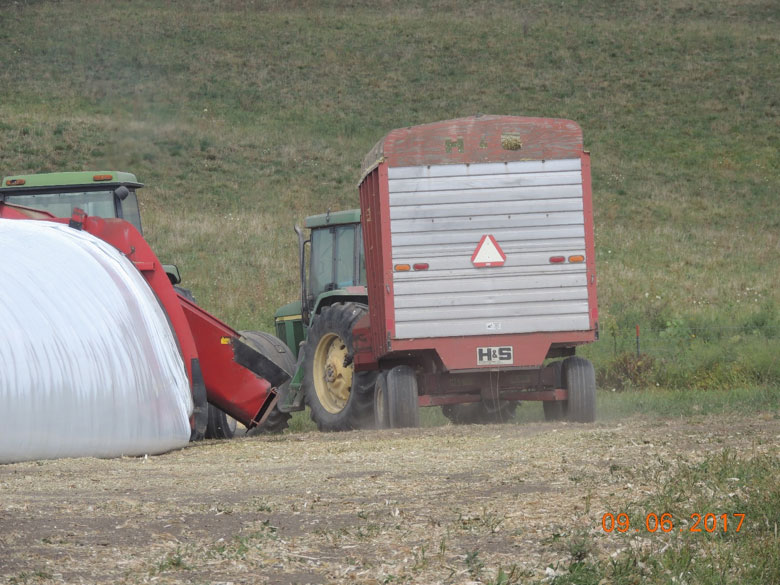 And this process goes on and on all day long. Fill the wagon…empty the wagon… 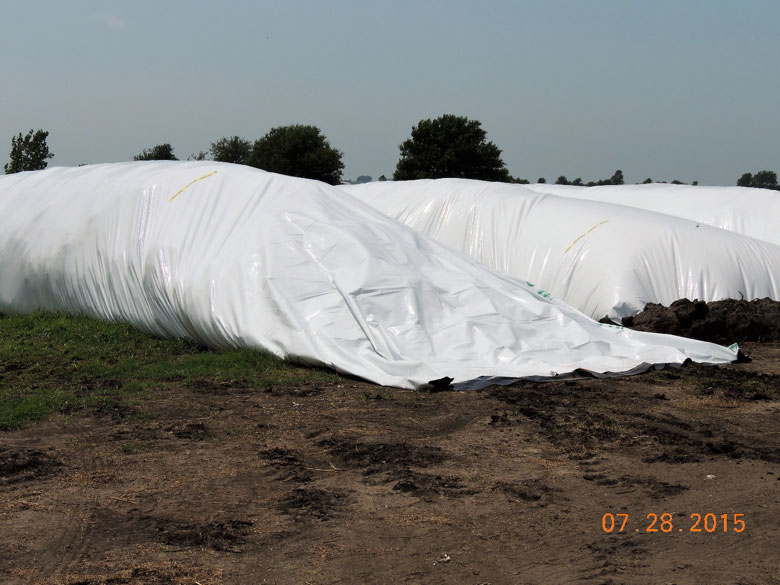 Until the bag is full. Then we seal up the end of the bag (by folding it under and dumping a load of dirt on top) and let it do its thing.

By “do its thing” I mean it undergoes anaerobic digestion and fermentation (both of which I don’t really understand) and after a few weeks, it makes the best-smelling, best-tasting cattle feed in the world. Okay, I really have no idea how it tastes, but I do love the smell. And if I were a cow (which I’m not and don’t let my brothers tell you any different) I would love to eat silage.

So, there’s is a little tutorial on how we make silage. Now, there are many different ways to put up silage. Some people put it into a silo, some people have a large silage pit, but we put it in bags. So if you’ve ever driven around the countryside and seen those long, white, sausage-like tubes, you now know what is likely inside them.