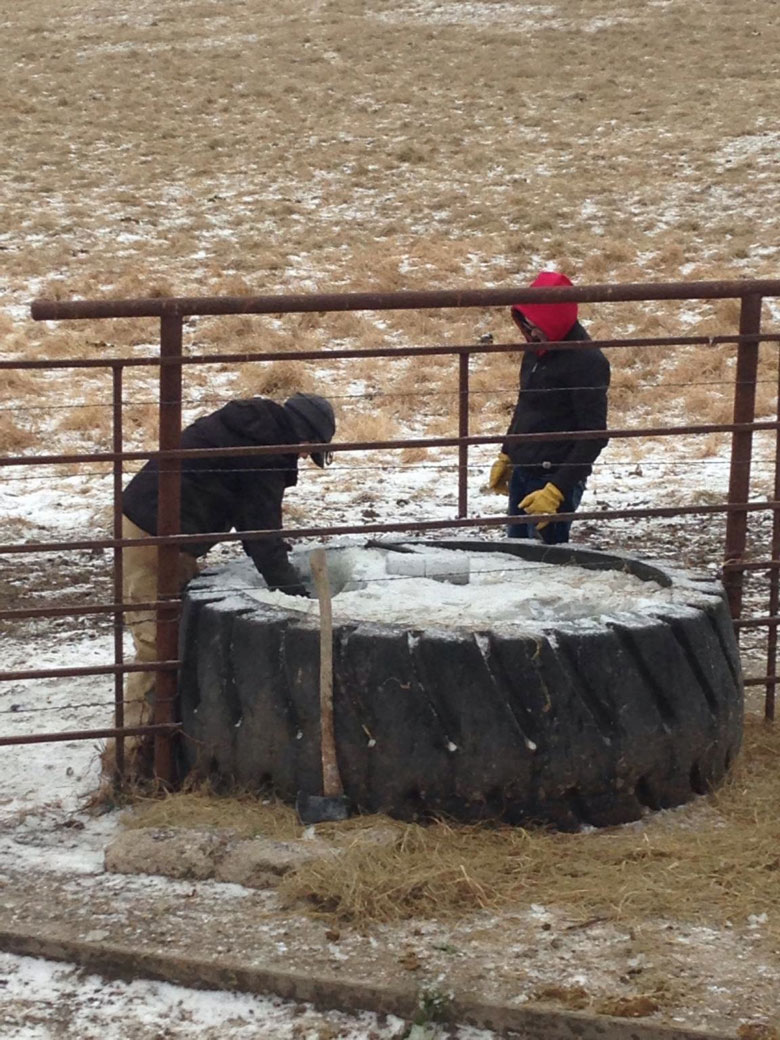 Will was in Nebraska ultrasounding cattle all week, which meant the kids and I were in charge of things around here. Our job was to make sure the waterers were working and that all the critters were taken care of. No problem. We could handle it. And it was pretty easy for the first part of the week. Rhett just did it all. But on Friday, we switched Rhett and Matt for Jessica, so while the boys were in Maryville, it was up to Girls Team to hold the fort. 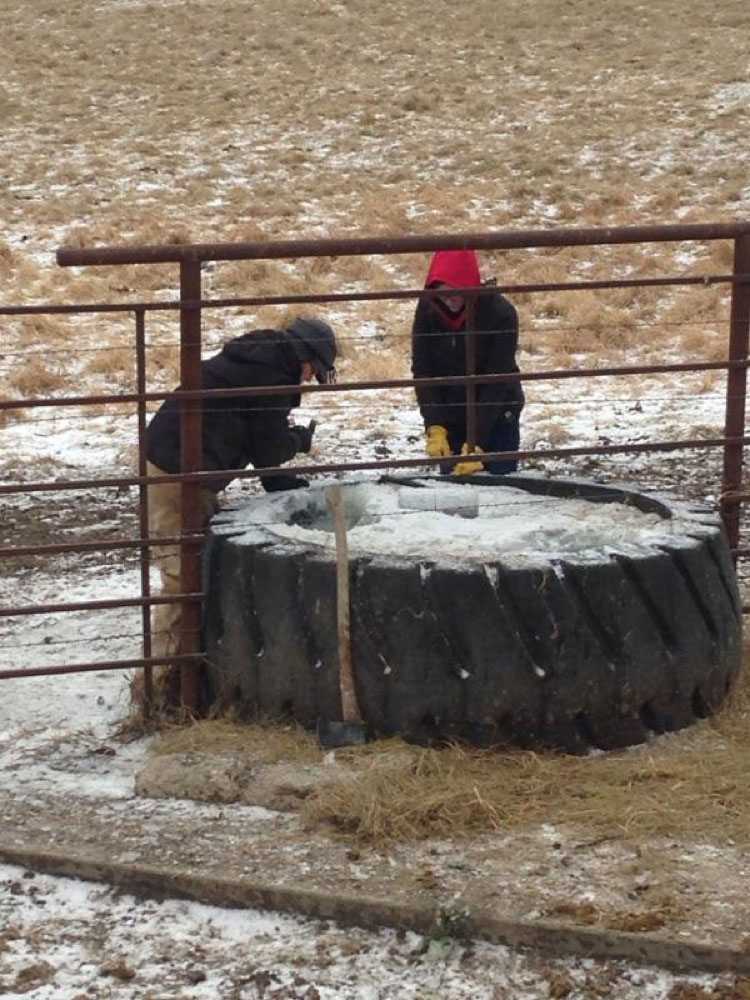 And now don’t tell Will, but if it wasn’t for our neighbor boy whom we gave a ride to archery on Friday, I would have forgotten to do chores that day. Wow. That would have been bad. But Jessica and I took care of things during archery practice. 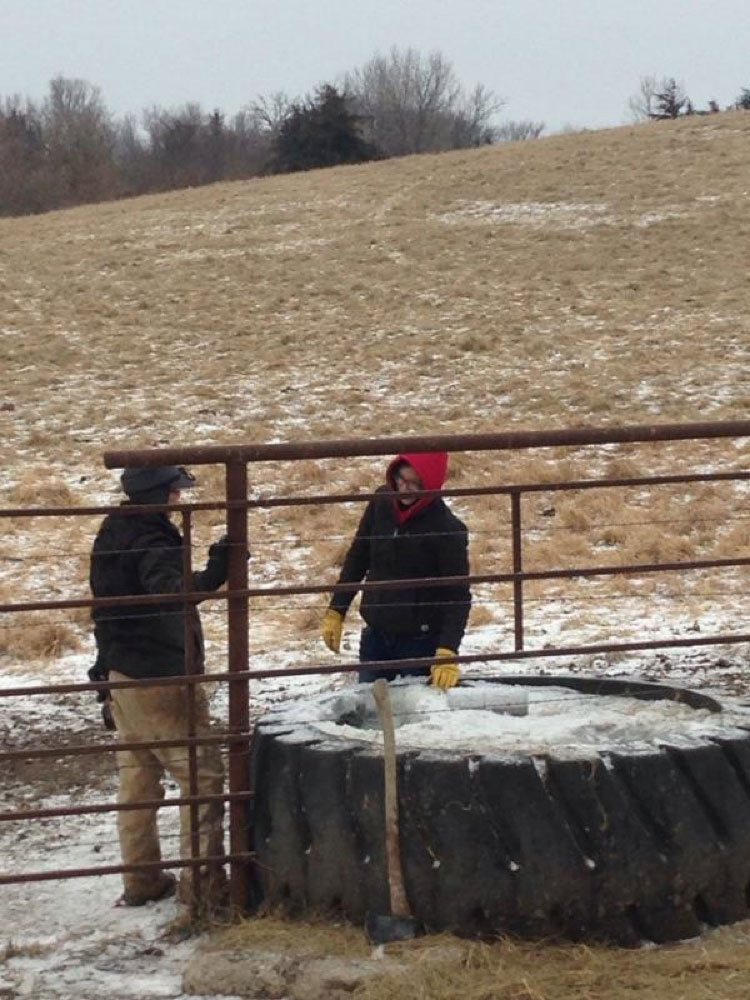 And it wasn’t till after church on Sunday that we had any problems. But this darn waterer was not working. It had frozen to where no more water was running in the tank. Bummer.

What to do…Well, my initial plan was to call Clint or Joe or Grampy and see if they might want to deal with my problem on a cold, winter, Sunday afternoon. But my sweet niece insisted that we could take care of it. We were Girls’ Team after all!

So after her encouragement and a thirty minute nap, we were off to fix the waterer.

And guess what, we did it! After about thirty minutes of chopping and grunting and laughing and chopping, we had the darn thing working. It was a great feeling! You can’t imagine what a sweet sound it was to hear water running into the tank.

And as the girls pointed out, any job can be fun…as long as you have good company and a good attitude. And I say “Amen” to that.