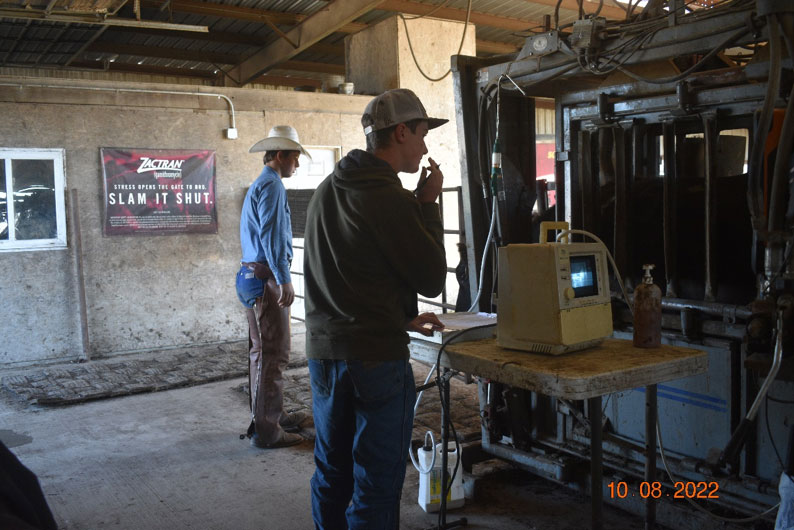 After we got the cows up, the work chute side began.  Abby and I had to leave soon, as Ty had a football game in Maryville that we wanted to go to.  So that left the boys to fill in chute side. 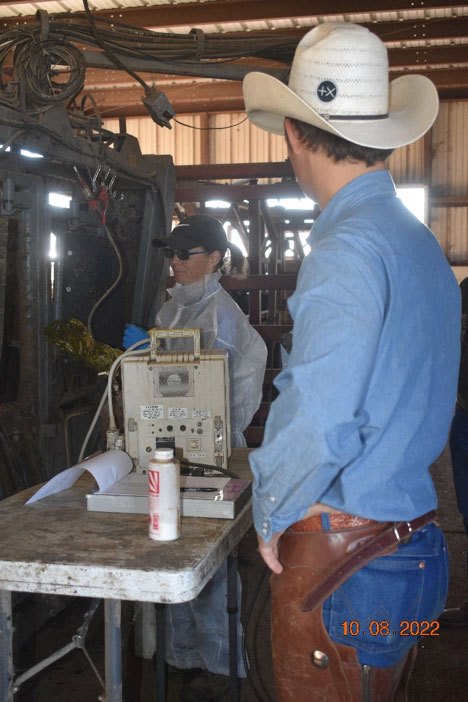 It kind of made me laugh, because they would rather be out on their horses than inside the barn doing paperwork. 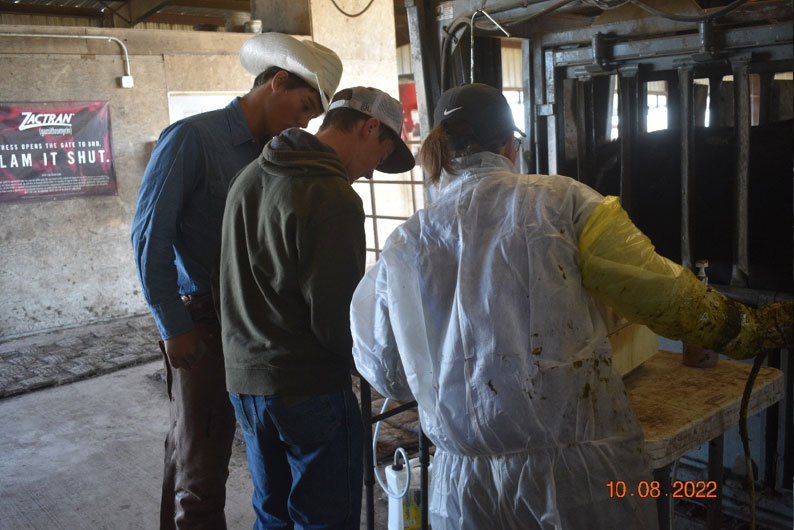 But after Aunt Bon got them going, they did a great job! 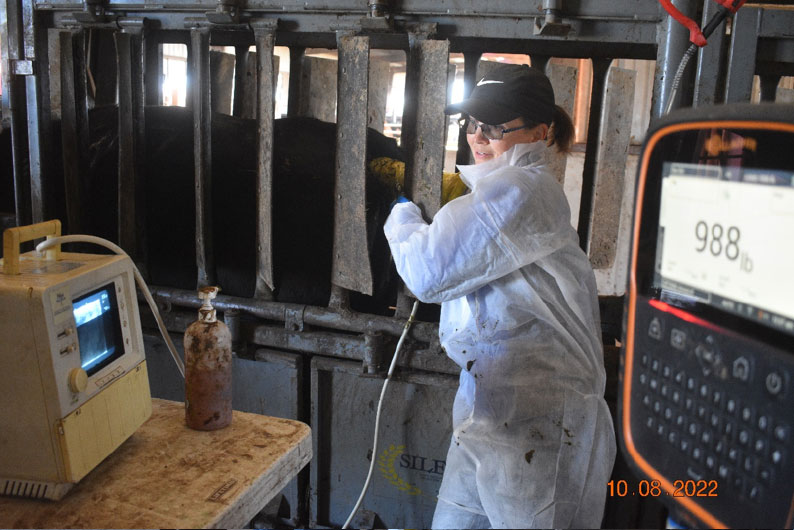 Aunt Bon would check with the ultrasound machine to see if the cow was pregnant and then she would call how many days along she was.  We tried to get a picture of the baby on the screen, but the camera couldn’t get a good picture of the screen.  (The automatic caption for this photo is “a person working in a factory…  They crack me up!) 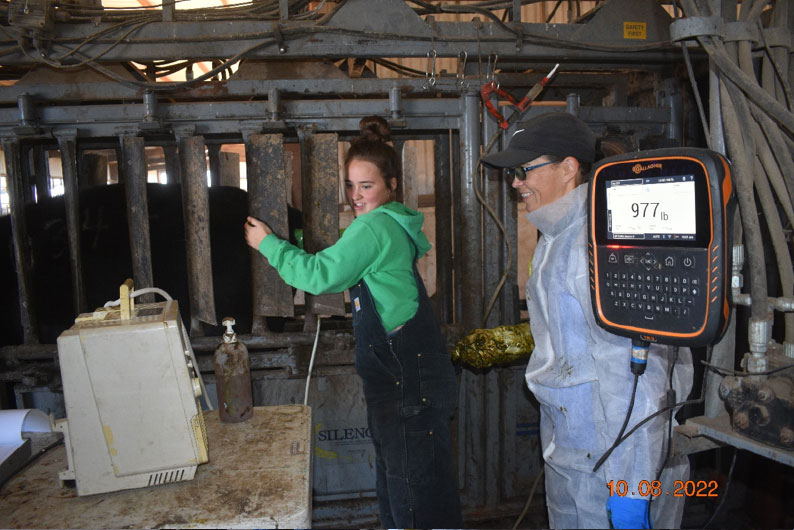 Abby wanted to have a quick turn before we left!  I remember several, several, years ago us kids were watching “Dirty Jobs”.  It was a show where this guy traveled around the U.S. looking for the dirtiest jobs.  Well, one Saturday morning when we were watching, they were at a dairy or something where they were preg checking cows.  We thought it was pretty cool that something that we got to do/see fairly often was actually on TV, and we had a fun time making fun of the guy for being a chicken about a little cow manure.  I think that memory will always be ingrained in my mind.  It might have been my first realization that being covered in cow manure at the end of the day isn’t “normal” for everyone.  😊 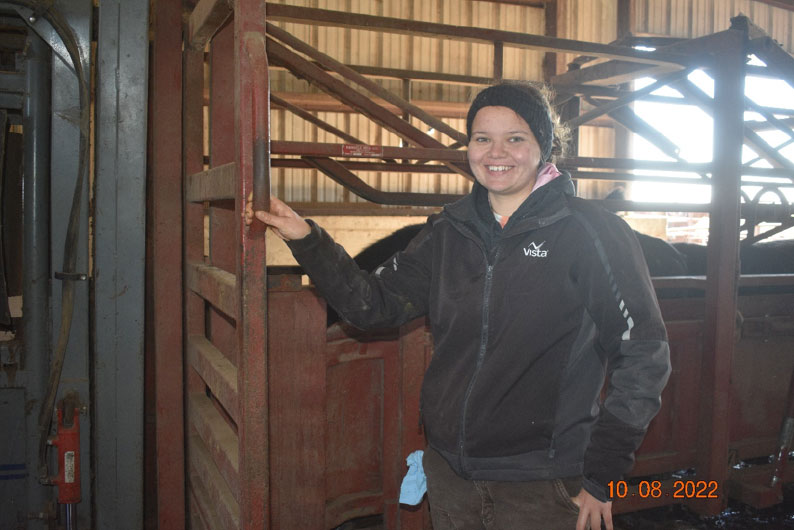 We stayed a little bit longer and then decided to go clean-up (we wouldn’t want everyone knowing we were helping with one of the “Dirtiest Jobs in America”) before heading to the football game!