Well, several nights ago when I went out to the barn to turn my milk cow out (that can be another story for another time) I was greeted by a coon! The next morning there were buckets knocked over, and mineral bags torn. Dad was not very happy and wanted the coon caught. What better coon hunters are there then Matt, Cody and me?!? So, Aunt Bon thought if I wrote a story about our adventure it would make a cool blog. 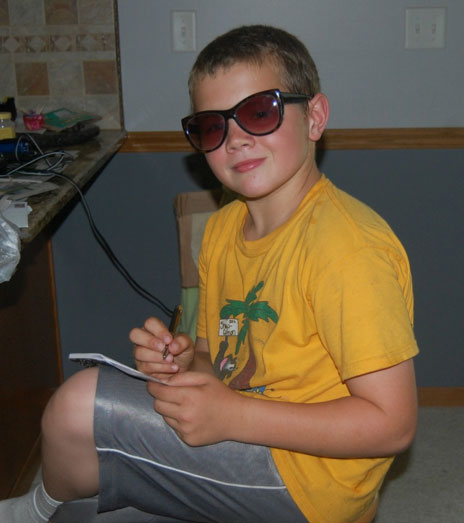 Cody dressed up and questioned me about what I saw when I let Ruthie the milk cow out.

At first Cody and I tried setting up a live trap, but we didn’t have any luck at getting him. Bummer! After the fair Matt and Abby stayed with us. Matt got in on the coon hunting, and Abby hung out with Jessica.

So we set our plan into motion!

Here we are taking our big nap, doesn’t everyone look so comfortable!?! 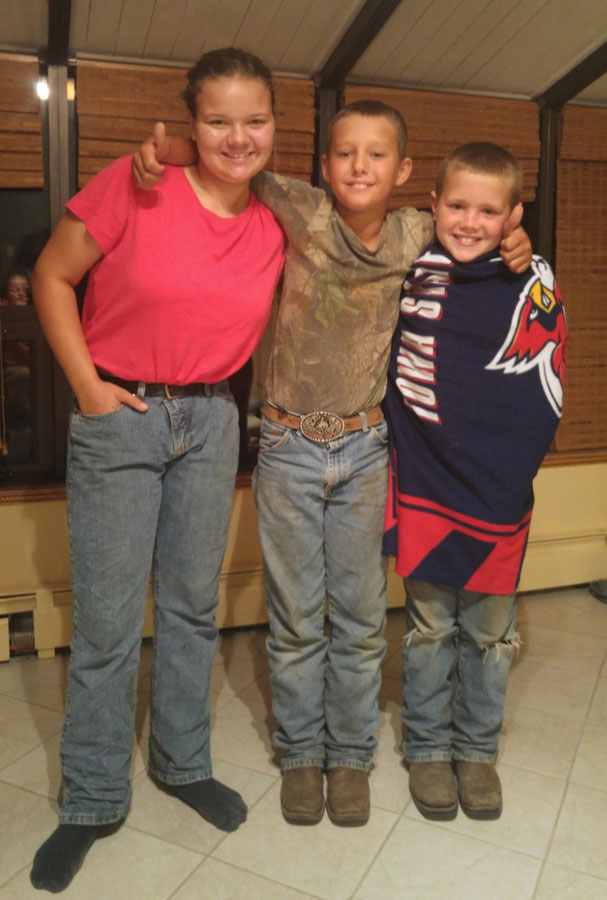 This is a picture of our set up. I couldn’t get one of Cody and Matt because they might have fired me if I turned a light on in the middle of our mission.

We quietly went into the barn. I was to sit on the lawnmower and Matt and Cody were on the showbox. Matt and Cody took turns keeping watch. Around 11:20 we heard the coon walking around in a pen. He stayed there for a long time. Sometime between 11:45 and 12:30 I dozed off. I was not very comfortable on the lawn mower though. About 12:35 both boys were on the tub and whispering constantly to each other. About 12:55 they saw a monster coon go outside. They came over and talked to me trying to decide if they were going to go in or not. They didn’t think they could go to sleep because they might have nightmares about the coon!

When describing the coon’s size, Matt and Cody said, “it was the width of Jake and Emma combined!”

We decided to go in at 1:10 A.M. and the boys thought they could just talk, to keep from having nightmares. I had no problem going to sleep, at all. We woke back up at 2:45 and evidently Matt and Cody fell asleep too, because the alarm went off for 5 minutes before Cody heard it!

We ran back out there quickly, but the coon had not come back and the next morning there were no buckets knocked over. There must be more than one coon because the one I saw was not as big as Jake and Emma!

Now we’ll be telling stories about huge coons, instead of whopper fish!