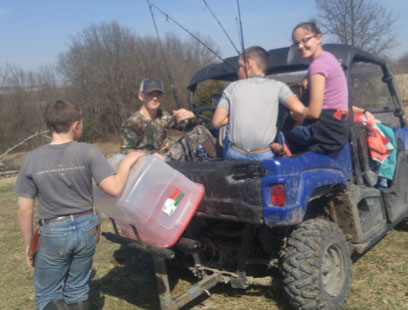 Last weekend during spring break Rhett, Matt, and Abby came down to our house in Maryville. We had a blast! Sunday after church we loaded up 8 people in the truck (no we don’t have an extra-large truck, just laps☺). This first blog I’m going to do is on fishing at the “lake” (a large pond in the pasture). 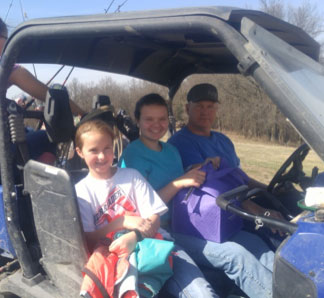 Mom just took the picture, then hopped in with Abby on her lap. And we took off, loaded down literally. 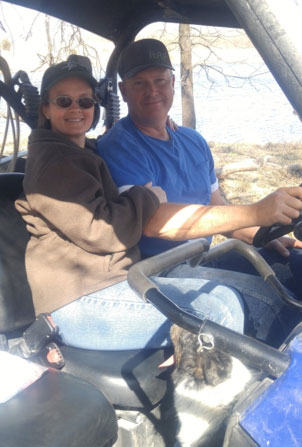 Mom and Dad unloaded their precious cargo and headed out, to check cows and run around elsewhere. While we stayed and enjoyed our afternoon! 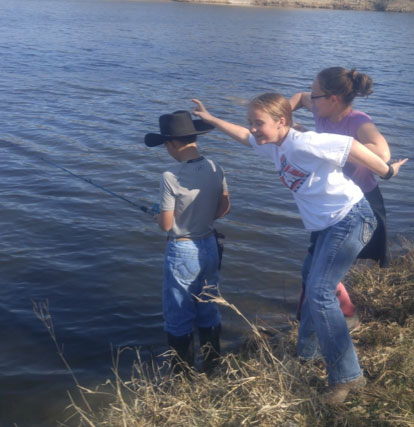 Are they trying to push an unsuspecting Matt in the water, you might ask. No, Abby had gotten her line stuck in the water and they were trying to “gracefully” help Matt. Matt and Jessica were the ones to call when we got our line stuck, which unfortunately happened quite often. 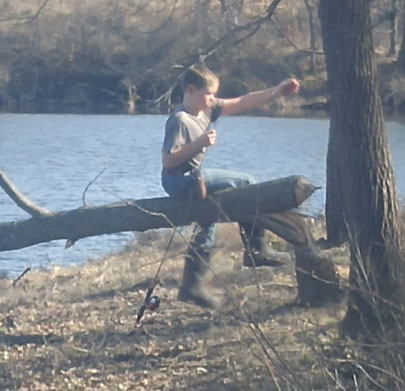 Here Cody is trying to untangle his line in the nice afternoon sun. Fishing can be so demanding! 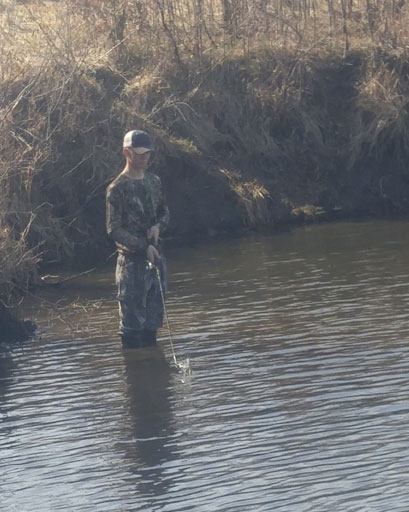 Now Rhett has his line stuck. He was trying to get unstuck. All of us kids had moseyed down to that side of the pond. Rhett suggested that he just drop his pants and go for a quick swim and see if he couldn’t get it unstuck. Jessica quickly said no to that idea. “We don’t have an adult around so we can’t go swimming.” Then Matt said “Well, Lindsay’s an adult.”

I just kind of chuckled. Ever since Matt could talk he was always calling me an adult. All of us cousins would go exploring outside and Aunt Bon would leave us with “Now nobody cross the road without an adult. And Lindsay is not an adult.” ☺ Apparently Matt still thinks I will do for an adult when the situation calls for one. Rhett was getting ready to just set the pole down when he gave it one more jerk, and there the line snapped. Whoops! 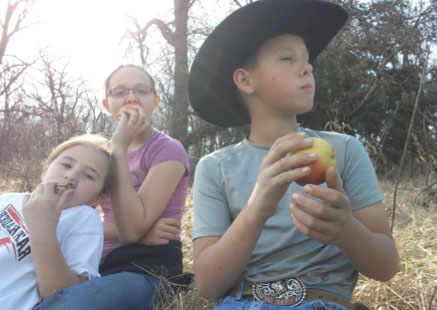 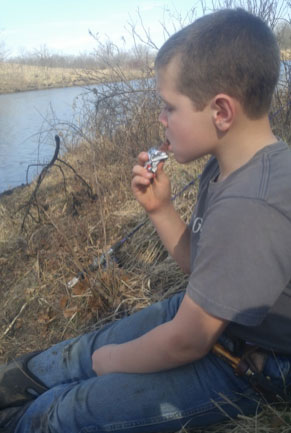 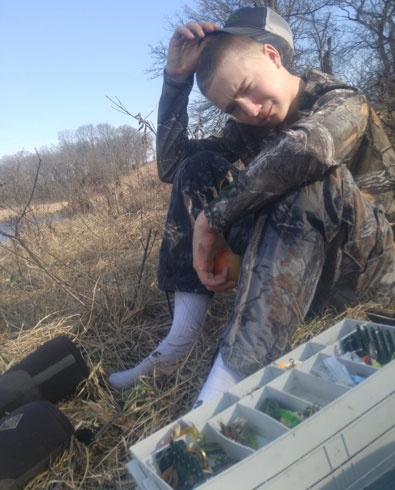 Rhett had to dry his socks out since some water had leaked into his boots. It was suggested that I run back to get the snacks and water that I had packed for our outing. So we all just sat on the bank, ate our snack, sunbathed and enjoyed the beautiful day God made for us!

Boy it’s hard work trying to figure out how to eat an apple. Lol (poor Rhett)! ☺

P.S. Between all the line catching and snack eating we caught a ton of fish. Actually Rhett probably caught over half of them. We took about 10 of them home and I fried them up for lunch, then the other 10-15 we took to a new pond. I kind of made it sound like all we did was get lines unstuck. We had a lot of fun, too, and will do it again sometime! 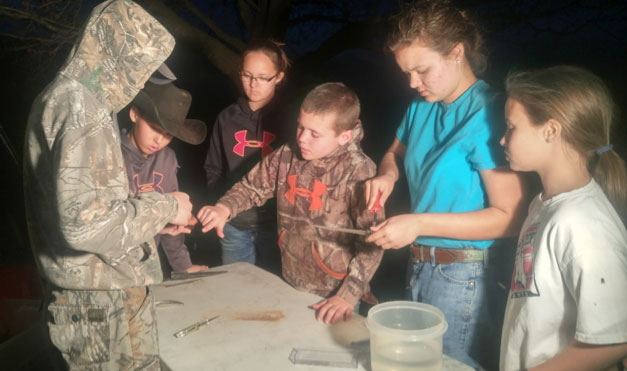 Here we were getting ready to clean our fish that we brought home. We had quite the assembly line!