I really wanted to title this blog “Second Annual Cowboy Church”! It just sounds so cool! But then it sounds like we’ll be doing it for the next 100 years… Which would be cool so maybe I should call it “Annual.” I don’t know it’s probably not a big deal! Ok, I’ll get to the part that you guys are probably here for–the pictures and the details of what went on! 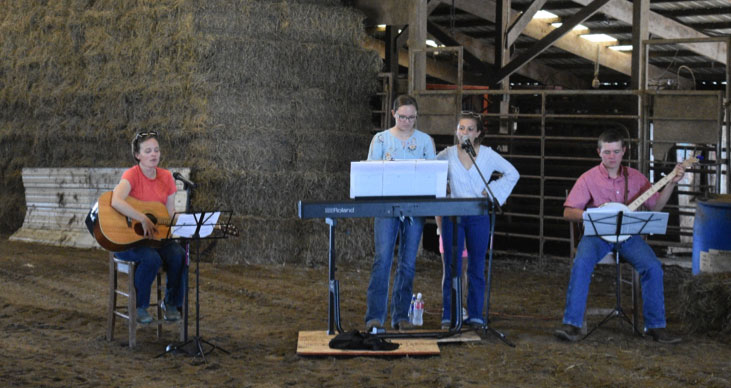 Here’s the band (minus me, plus Mom) playing through some songs to figure out the speaker system. I couldn’t make it until later because of class. So, Mom filled in my position and “tried” to play the guitar. 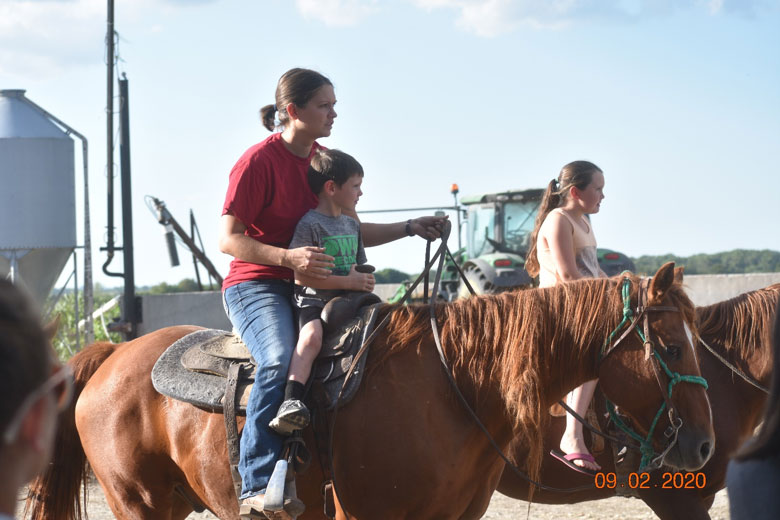 Meanwhile, guests were arriving and the enjoying time outside playing and going for horseback rides! 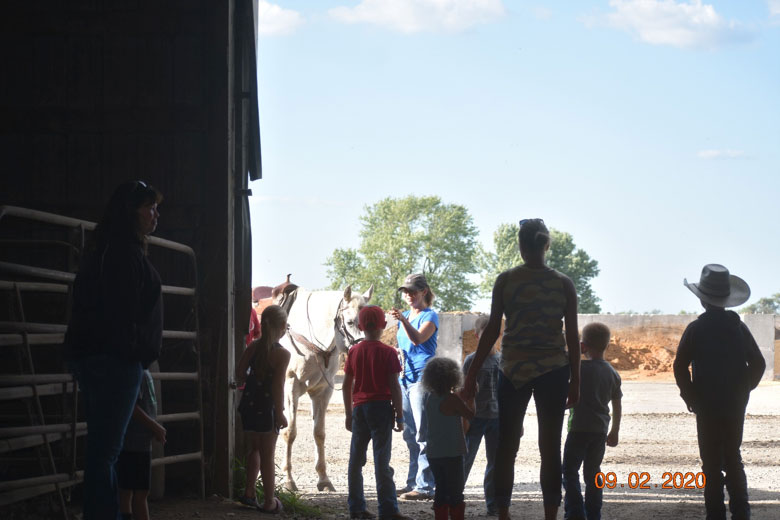 I think they took 4 groups out for a little trail ride. 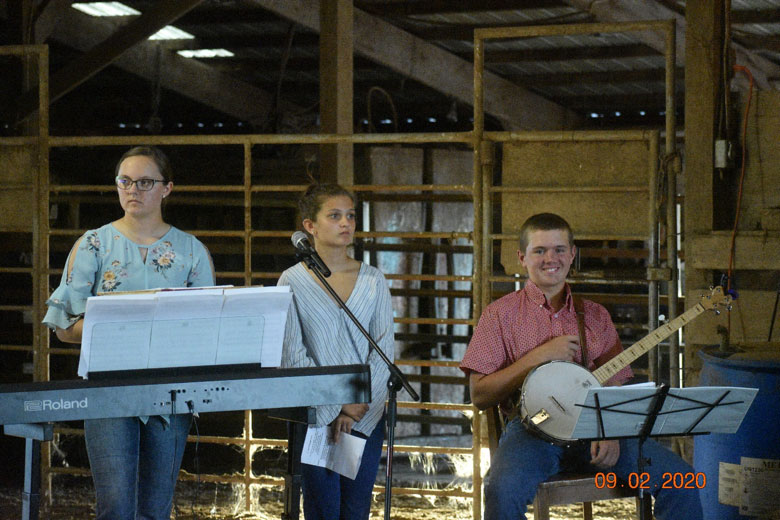 After the horseback riding and playing on the “playground”, we gathered everyone together inside the barn. First Uncle Joe gave welcoming message, then we led a few songs. 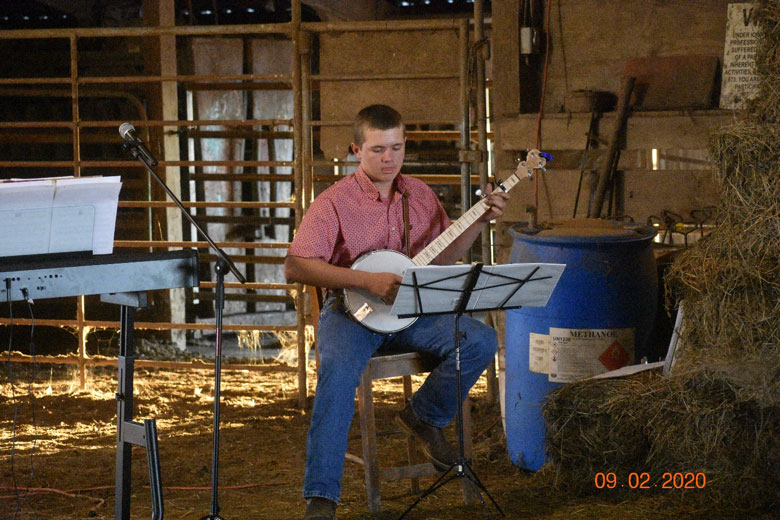 Cody had a really cool banjo piece that he played in-between the songs and Jacob’s message. Cody’s fingers just fly when he plays it, and if you look you can see his tongue sticking out, he does that when he concentrates on something! 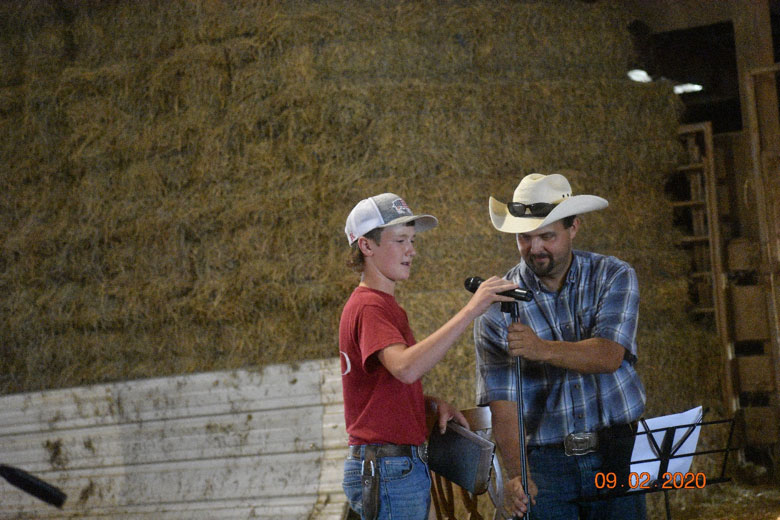 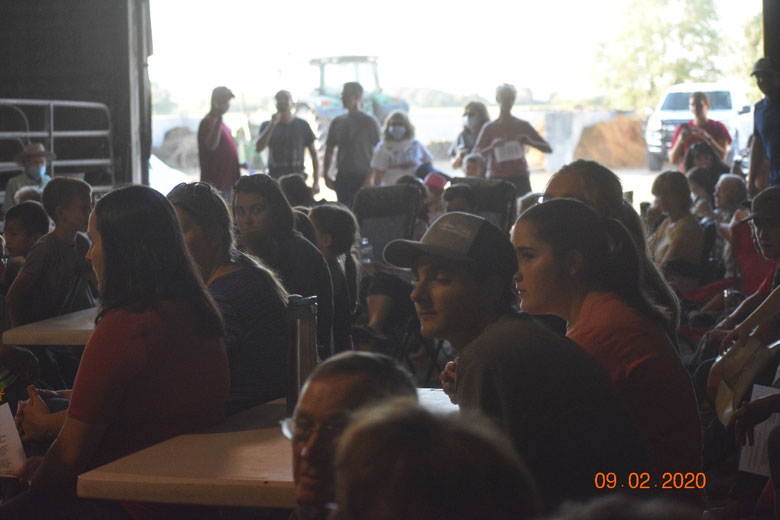 The crowd was bigger this year than it was last year which is always exciting! There were also several little kids that had a fun time playing together. 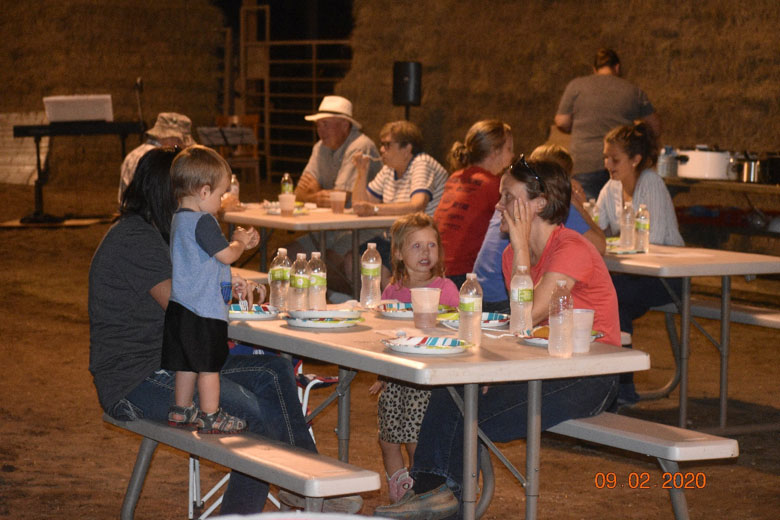 After church there was lots of good food to eat! 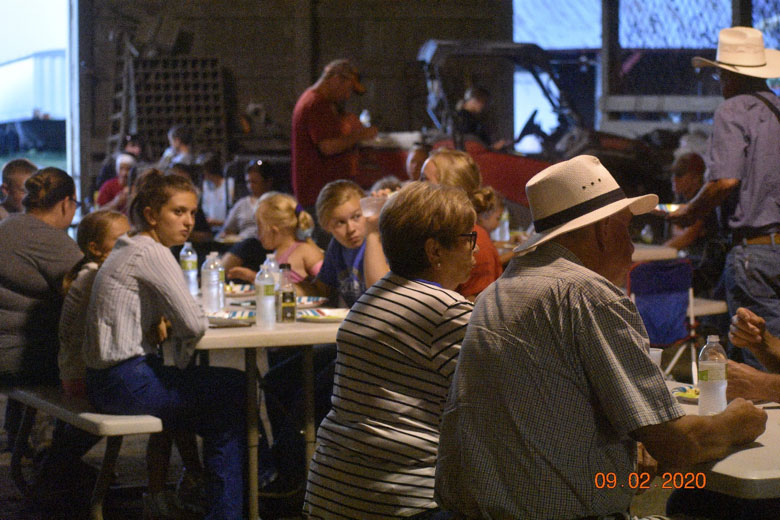 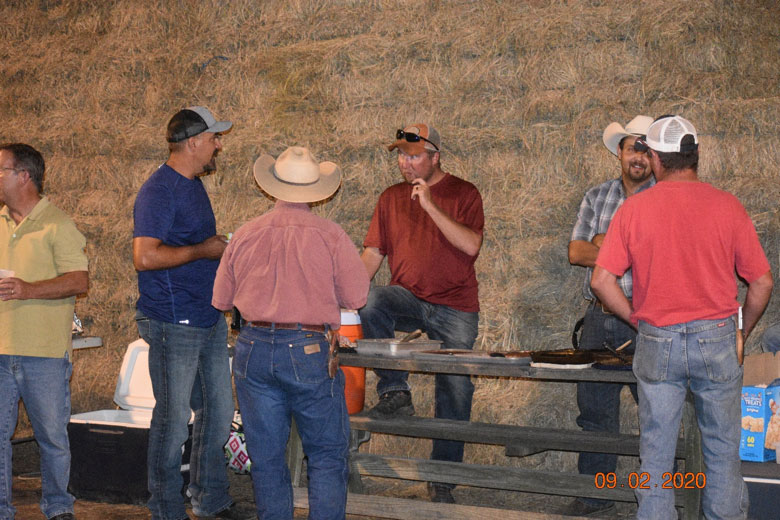 Do you see anything suspicious going on here??? Well, in this picture we have proof that there was some serious puppy guarding going on by the men around the dessert table. Remember all that delicious food that I mentioned? There were also delicious desserts, but of course that is just speculation because they wouldn’t let anyone close enough to try it!

OK, OK, I’m just kidding, but we couldn’t resist the opportunity to snap a picture! 😊 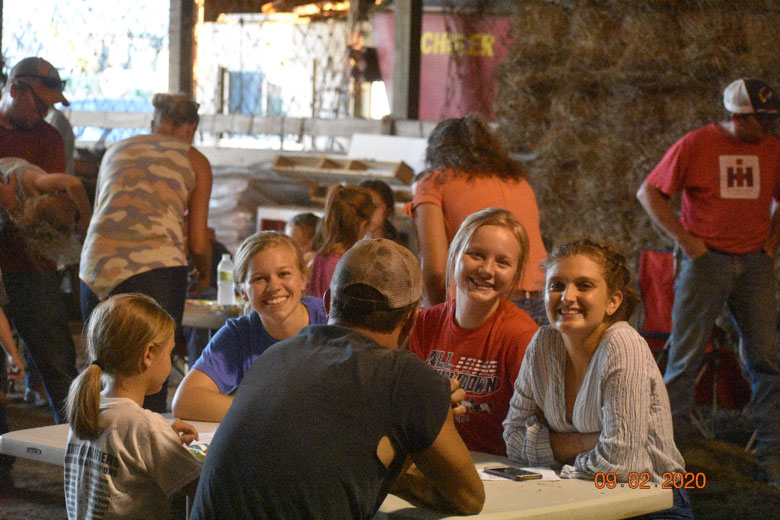 I think everyone had a fun time and I know Uncle Joe and Aunt Heather like to host it! If you want to watch the Cowboy Church, it is posted on the Wishard Chappel Facebook page!

Have a good rest of your day!!