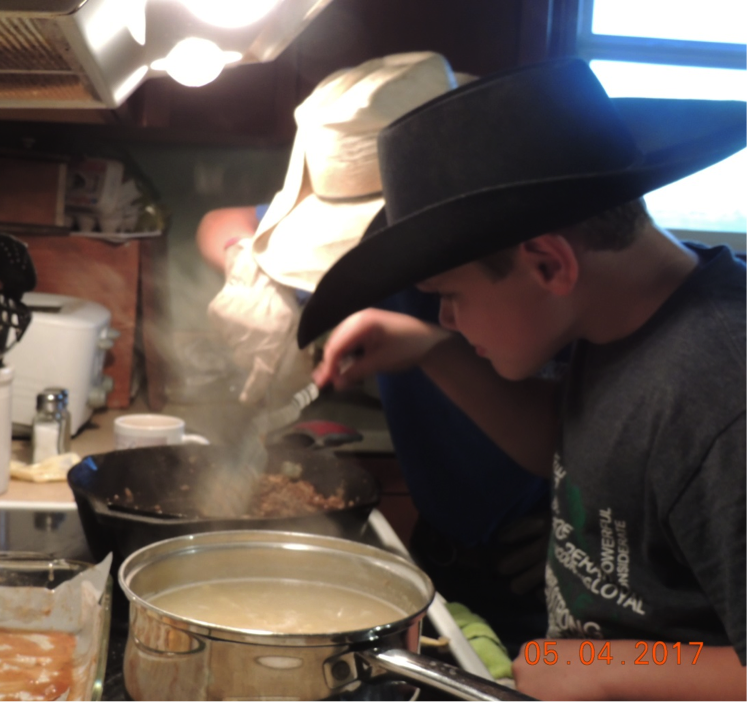 The night before the 3rd grade tour Aunt Bon, Abby, and I went up to Uncle Joe and Aunt Heather’s to help put the finishing touches on everything. Matt and Cody were staying at Aunt Bon’s and were going to work with Twinkie, but we put them in charge of supper, too. We set all the ingredients out and gave Cody instructions. They were making beef stroganoff for us. We set off to Aunt Heather’s and got our jobs done then came back home. I thought it was pretty funny watching the boys so I decided to take some pictures! 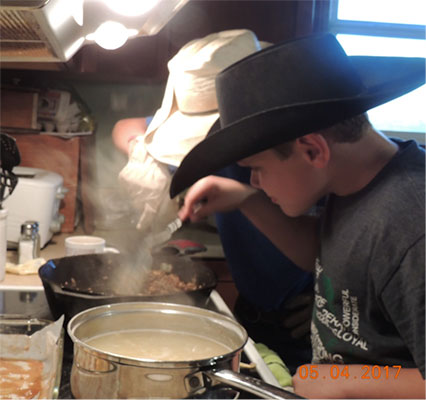 They are trying to chop up all the mushrooms so they won’t taste them. 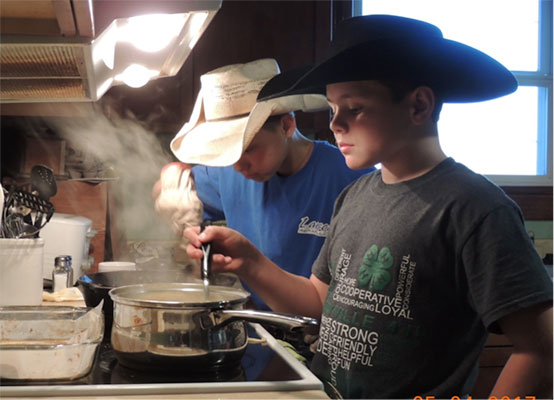 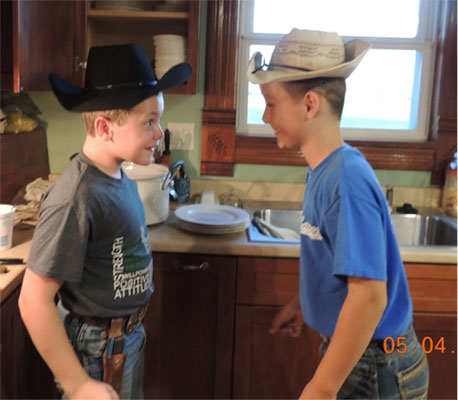 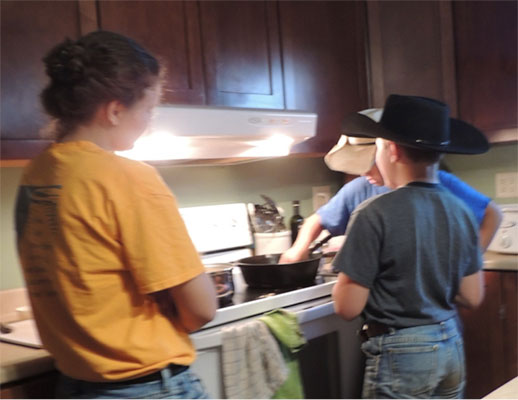 I stood on the sidelines and coached. They were thinking about putting more pepper or tabasco sauce in their dish, but I suggested they try it before they add anything else. And look what happened. 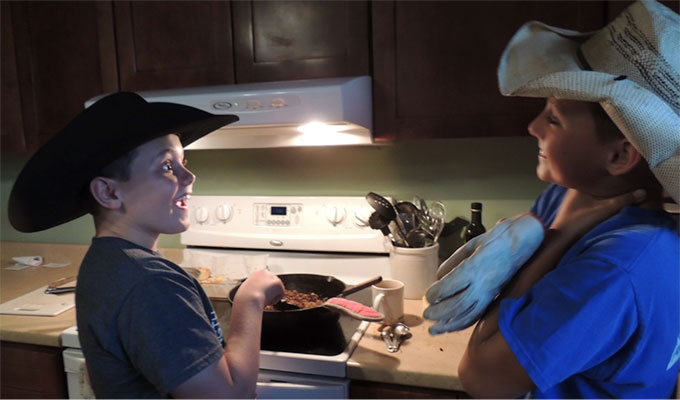 They got the shock of their lives! It was SPICY! They decided they had better not put anything else in! They also decided that they wanted to do all the serving. They assured me I didn’t need to help. 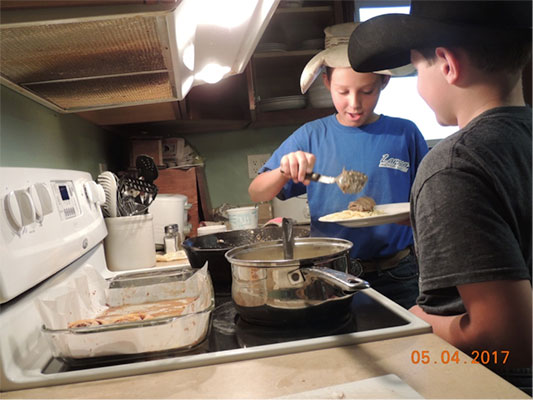 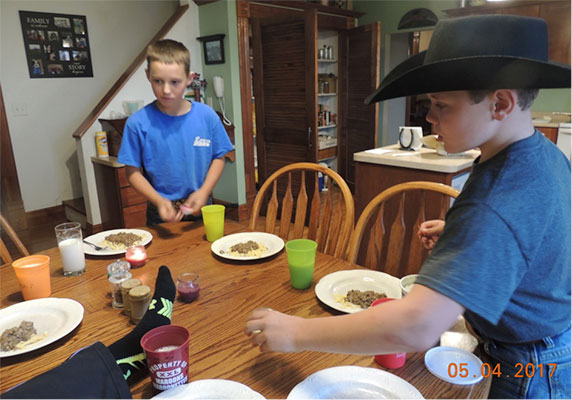 They thought they needed candles for their special meal. Abby…What is your foot doing on the table??? 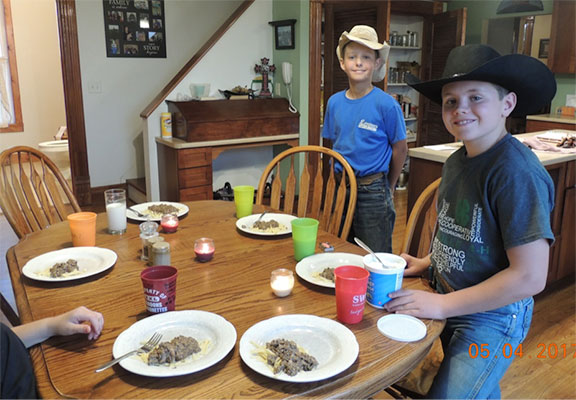 Here they are with the finished product!
Now there is more to the story. Abby took a little piece of meat before everyone had sat down and prayed. After she had the little taste she started coughing. And it wasn’t just a cough or two. She kept coughing. Then everyone else took a bite and at least we girls thought it was extremely spicy. We got the grapes out and that helped in between bites. We thought that Aunt Heather would be able to taste this! Ever since she got her wisdom teeth pulled she hasn’t been able to taste much unless it is spicy. It wasn’t bad, just really spicy! The boys had a lot of fun! Next time we’ll have to send them up to Aunt Heather’s, though!