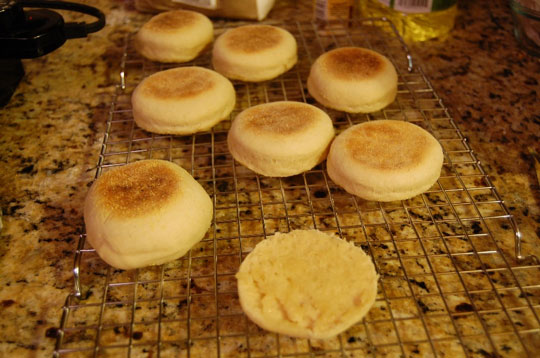 Are English Muffins hard to make? Well I tried it the other day and wanted to show you how!

I used an electric mixer to mix it all up.  You first have to get the water temperature in between 105 and 115 degrees. Use a thermometer to check the water temperature! Once you have the temperature just right put it in a mixing bowl and dissolve the yeast. Then add everything else but the cornmeal. Stir that until smooth. This is what it looks like! 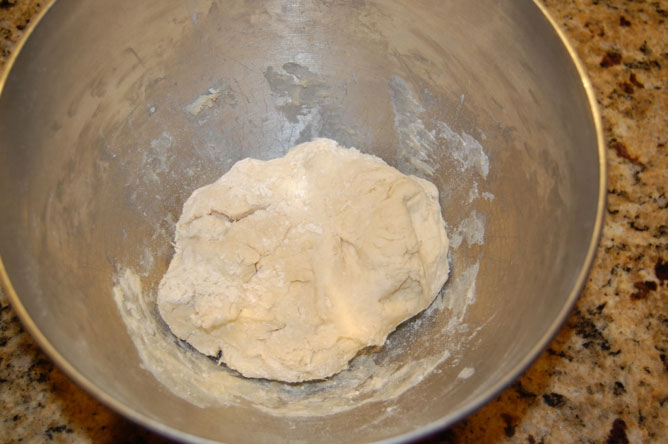 Then you roll the dough ¼ inch thick on a floured surface and cut 3-1/2-inch round circles. 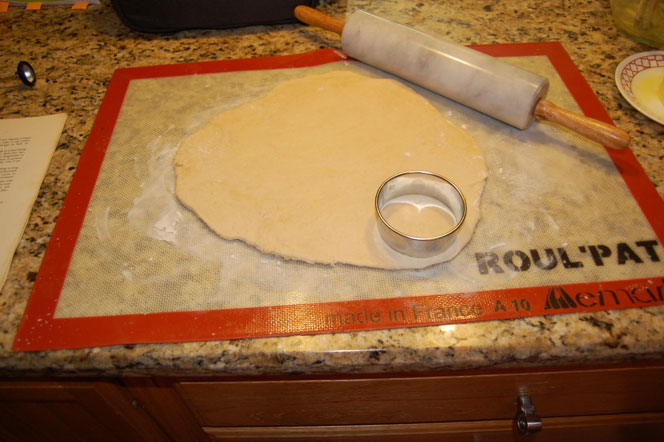 Then you sprinkle corn meal on the pan or pans you are using and put the dough on that and sprinkle more on the top. Cover and let rise for an hour or until indention remain when touched. 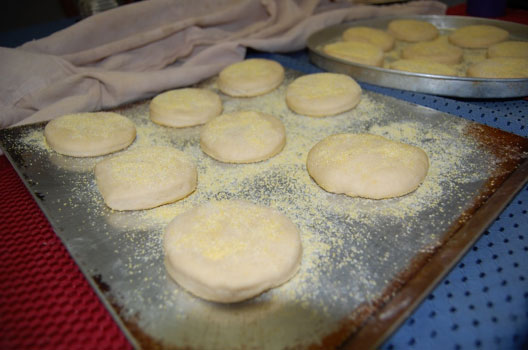 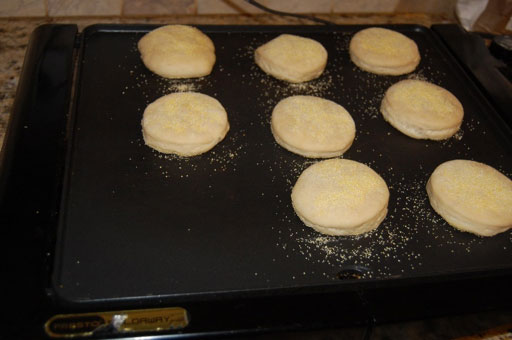 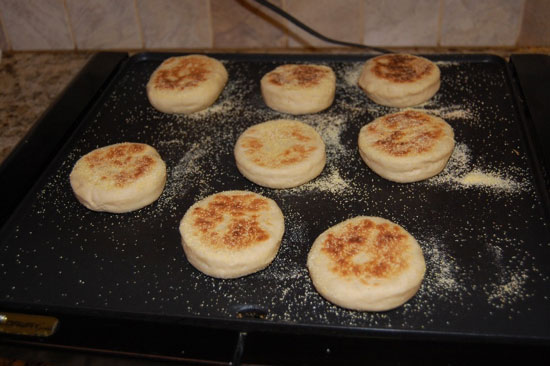 I like to cut one open as soon as I take it out. I like to tell myself that it is just to see if it is done! Even though I really know it is just to put some butter on and eat it. They are so good! There are several different ways you can eat them. We like to put butter or jelly, or egg salad on them. 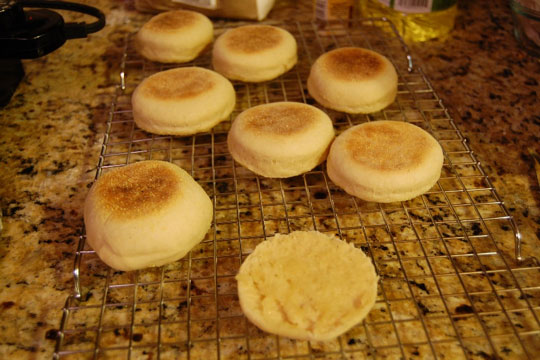 Here is the recipe I used. It is from an old Betty Crocker Breads cook book. 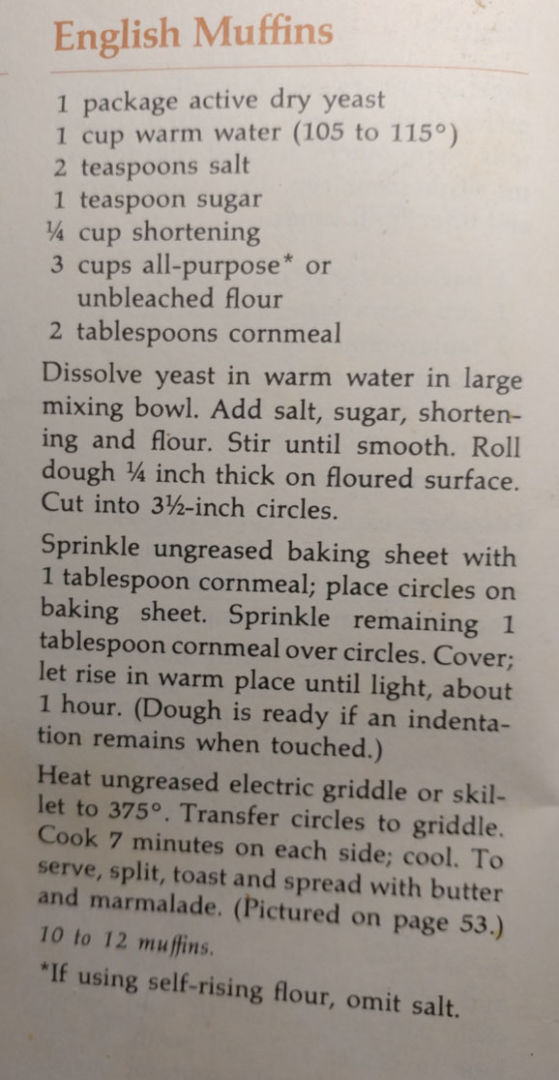