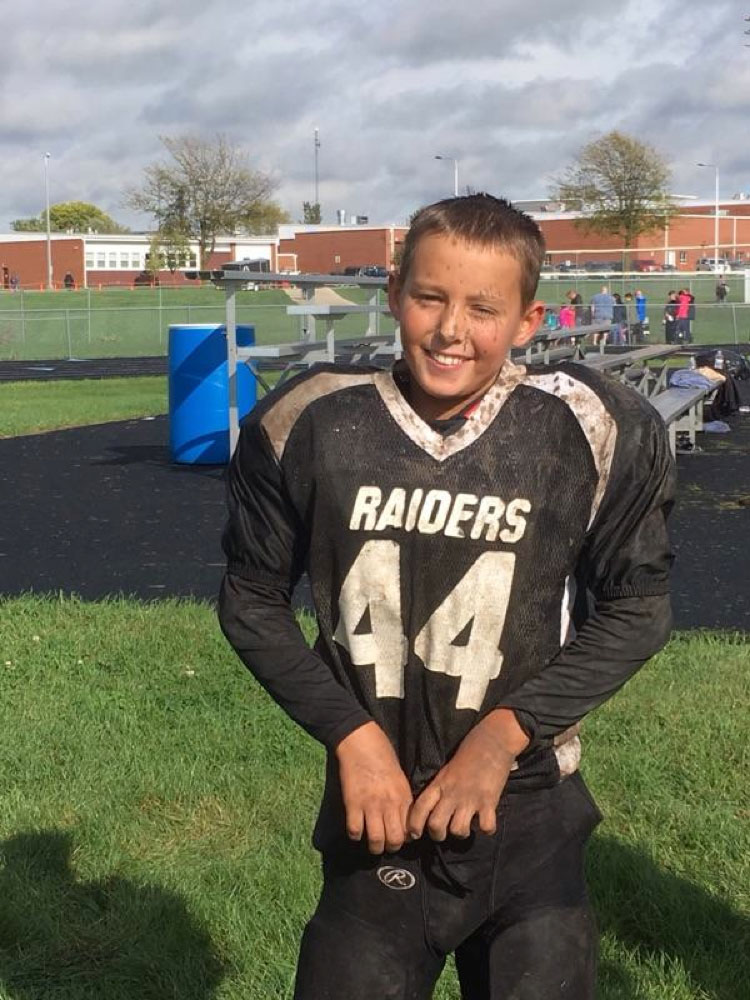 Saturday was a lovely day…if you enjoy cold, damp, windy, rainy, miserable conditions. And as luck would have it, my younger son had a football game.

And, I am obviously not the best football mom because it never even crossed my mind that my sweet son would become completely covered in mud by the end of the game. If it would have, I would have made sure he had an extra set of clothes so our entire truck didn’t smell like a stinky pond by the time we got home. But alas, I had zero forethought.

I did, however, think to take enough coats and blankets and bleacher seats to keep those of us in the stands spectating comfortable. And actually, after I got nestled into my spot with my hot chocolate in hand, it was quite cozy.

And the game was a barn-burner. I mean, with a minute left on the clock, the score was 12-7 in our favor and the opposing team had the ball on their 40-yard line with a fourth down and 10 yards to go. We could surely stop them, right? I mean, we’d fought hard the whole game and kept them from scoring all but one time, so surely with that far to go we could stop them, right?

Wrong. They blew through us and reached the first down. Now they were on the 30-yard line. A few plays later, we had then fourth and long again with about 25 seconds on the clock now. Now this time we could surely stop them. Come on boys. My heart rate was starting to accelerate. The play started and I’ll be darned if they didn’t make it down to the four-yard line. Holy crap. I was beside myself in the stands. My heart was pounding out of my chest…I’m pretty sure the people three rows down could hear it. I was about to wet my pants.

Now, there were ten seconds on the clock and they only had to go four yards. The play started, the clock started, the ball started moving closer and closer to the end zone…and then it crossed into it. I wanted to cry. It was such a heartbreaker. I could just feel the boys’ disappointment and all I wanted to do was run down there and give them all a hug. It was such a hard fought game. I was suppressing the urge to jump out of my seat when I noticed our entire team was celebrating. “Boys,” I thought, “I think they just scored. I’m pretty sure we just lost. Why are you so excited? Was it because they played in the mud all afternoon and that is what boys love to do? Was it because they felt they had given it their all and they were proud of their effort?” I was trying to piece all this together in my mind when I realized there had been a flag on the play, a little “laundry on the field” as they say in football talk, and the score hadn’t counted. The clock had run out and we had, in fact, won. I was so excited!

But then, I wanted to run over to the other team and give them all hugs because they had played such a great game and to lose at the end in such a dramatic fashion was just hard to take. But they were excellent sports about the whole thing I couldn’t have been more impressed.

And guess what, by the end of the fourth quarter the sun had come out and it had turned into a lovely day. And guess what else? You’ll be extremely impressed by this, I actually got my son’s uniform clean. For the most part.