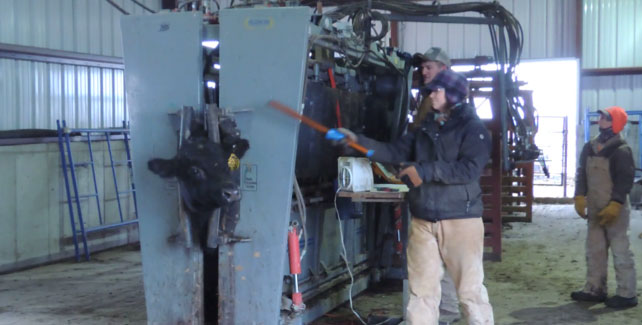 I just realized I’ve shown several pictures of us weighing cattle on or off test, but I don’t think I’ve really explained the test.

At our feed efficiency testing facility, we monitor how much feed an animal eats every day, and how much it gains. With this information, we can calculate its feed conversion. 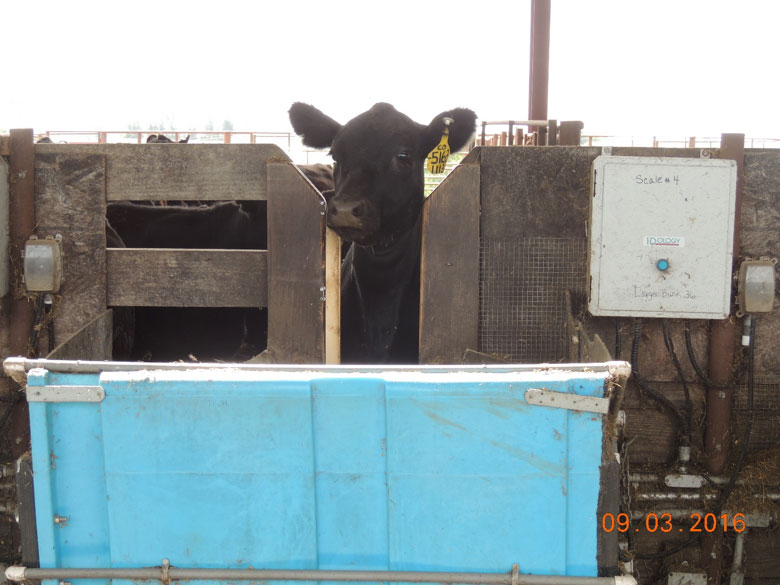 To test the intake, we have a specially-designed facility which allows one animal to eat at a time. And when the animal sticks its head in the bunk to eat, an electronic identification (EID) tag in its ear sends a signal to the computer saying “Hey, I’m 5163 and I’m eating.” And under each bunk is a scale and at the same time the animal’s EID is being read, the computer grabs a weight from the scale. So it’s saying, “Hey, I’m 5163 and I just ate 2.5 pounds of feed.” This communication goes on all day, every day. 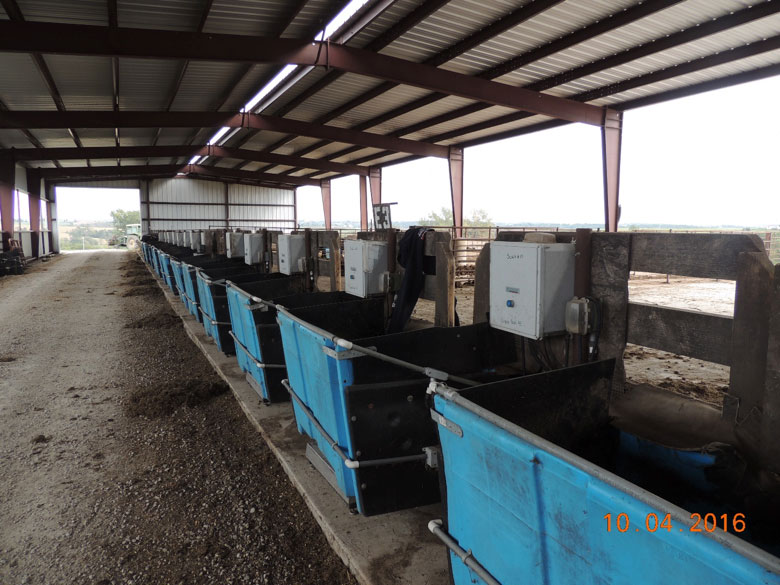 How much do you think an animal eats in a day? 10 pounds? 20 pounds? 50? 100? Well, that’s kind of a trick question because it really depends on how big the calf is and what type of ration it is being fed.
Anyway, the cattle at our facility usually eat around 20 pounds of dry matter a day. 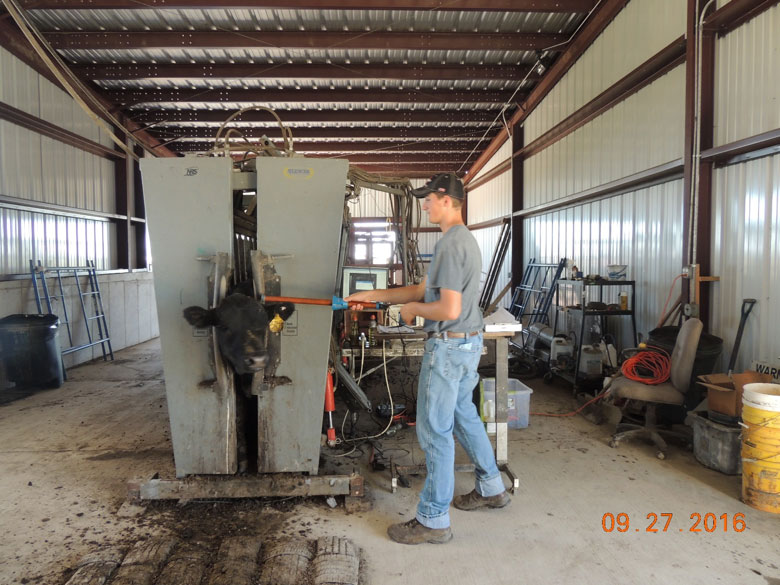 On average, the bulls that are on test gain about 3.5-4 pounds a day. So if we know how much each animal eats every day and we know how much it gains, we can figure out how many pounds of feed the animal ate to gain one pound.

Now let’s say another bull ate 20 pounds of feed per day and gained 5 pounds per day. His feed to gain would be 4:1. Wow! Which of these animals would be more desirable? Yes! The one that converted at 4:1! He would take less feed to gain a pound. And less feed means cheaper feed bills. And with feed the most expensive input in raising cattle, that’s pretty important!

So, I hope I didn’t bore you with the explanation, because I just love this data. I think it is the most fascinating data we collect. And if you have any questions, be sure to let me know!