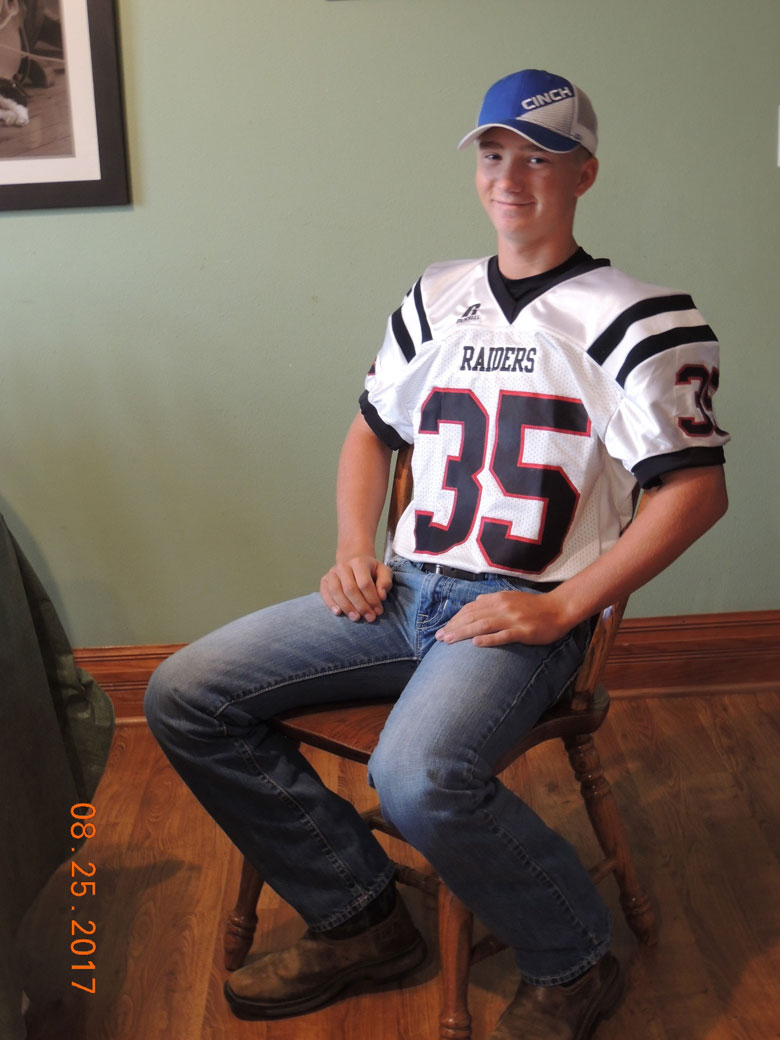 It’s official. I have a high schooler and he’s playing football. Which means my Friday nights are pretty much spoken for over the next couple months. And I’m so excited! And a little nervous. But mostly excited!

I’ll try to let you know how the game goes. But first, I wanted to let you in on a little secret. Did you know that football players are supposed to take a sack lunch on game day so they aren’t starving before the game? No? Well I didn’t either…until 37.98487 seconds before the bus arrived this morning.

I heard Rhett say, “Oh, shoot.” And then heard him scrambling around in the kitchen. I just assumed the bus was here and he was picking up his bags and headed out the door. “Bye, honey. Have a good day.”

But then he said, “I’m supposed to take a sack lunch.”

“WHAT?!” I exclaimed as I sprang into action. You should have seen me. I flew out of my office chair, sent it flying across the room and into the opposite wall. I ran to the kitchen and started flinging food around. “Put some chips in a bag,” I told Rhett.

“No, it’s supposed to be healthy.”

“Oh crap.” (I didn’t really say that. I like the fact that they are encouraging the players to eat healthy.) “Here’s some grapes. And carrots. And throw these beef sticks in.” It was a package of twenty. “You can share.”

I whipped up a hefty ham sandwich while Rhett spilled his milk on the floor.

And we continued this frantic escapade until the lunch was packed and the bus was pulling in the driveway. WHEW!

I love it when my mornings go from calm and collected to crazy and chaotic. It gets my blood pumping and wakes me up for the day! But I’m going to try to remember the sack lunch thing for next week. Lol.

Have a great weekend!