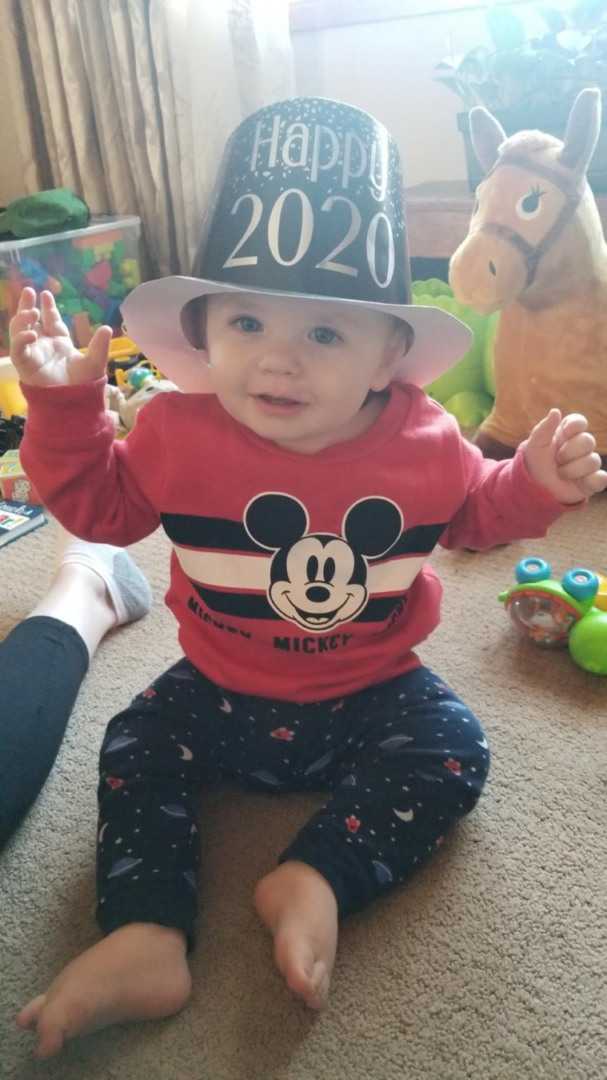 I just had to share this picture of my sweet nephew.  He is so cute!!

And, I hope everyone survived and enjoyed the holiday season.  I know I did!

I’ll share a few pictures of our past couple weeks… Just before Christmas break, these guys participated in Ugly Sweater Day at school.  But don’t they really pull of the whole Ugly Sweater look?

The next day, we had cattle to move.  This was my view from the rearview mirror. 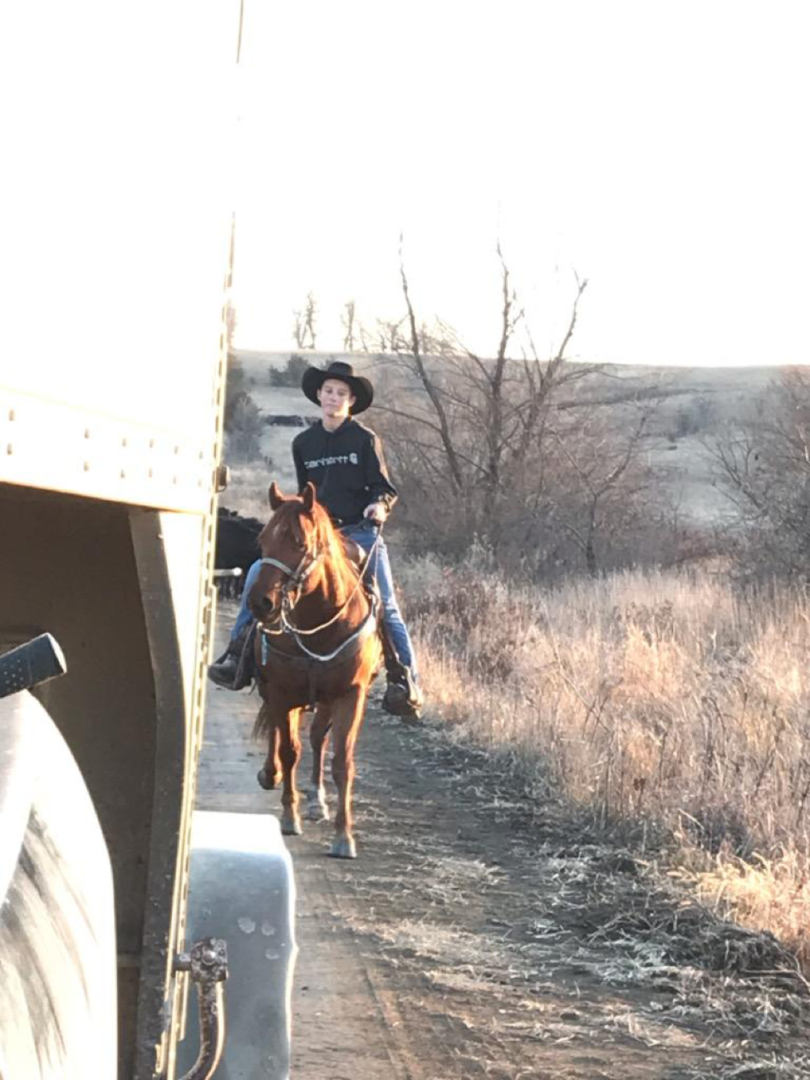 Although, it was such gorgeous day, I wouldn’t have minded being on a horse! 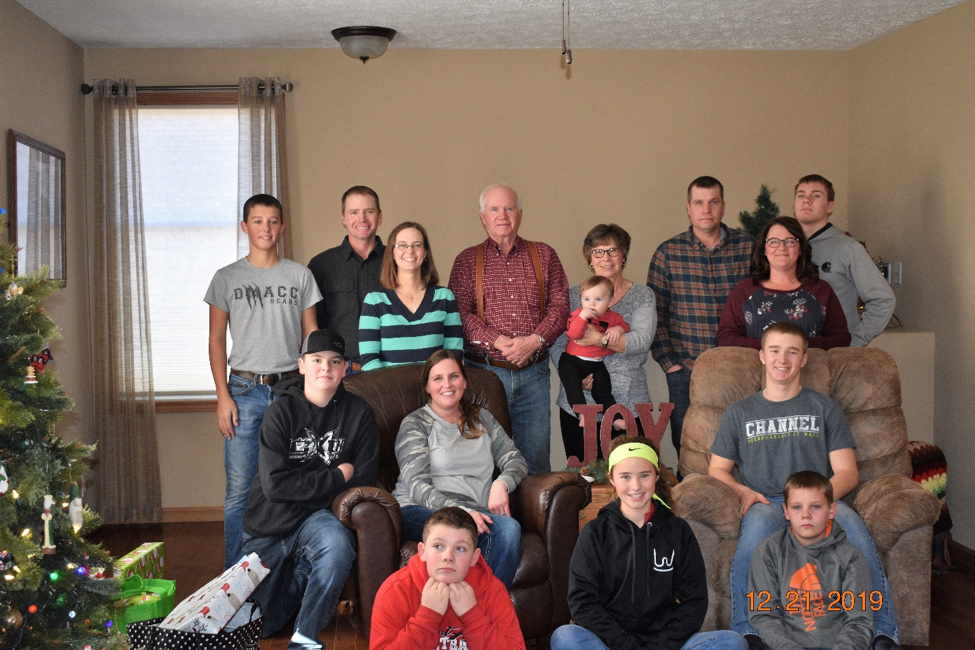 Then we had Christmases to celebrate…first with the Larsons. Where we took the whole Ugly Sweater thing up a notch and had an Ugly Sweater built for two.  Here, Grandma Martha and Will’s uncle Ken are ready for their teams to attempt to throw balls into the cups.  It was a pretty fun game! Soon after that, Beck and the kids made it to Grammy’s!  (Don’t ask me what these girls are going.  They probably wanted to go for a walk in the timber and Grammy insisted they wear orange.  It’s hunting season you know.) Then Beck and the kids decorated gingerbread houses. 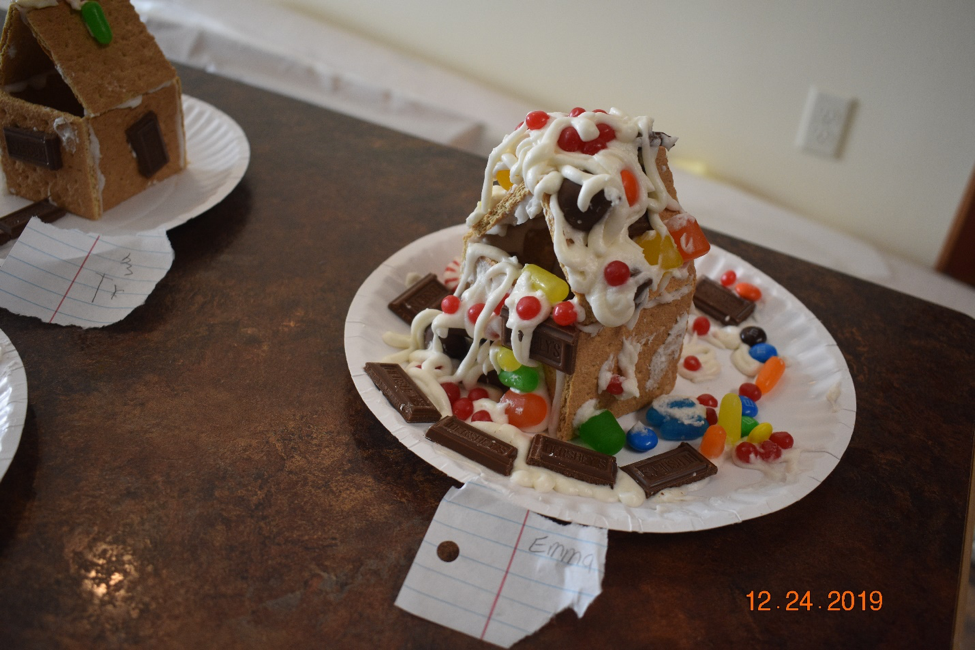 Emma really got into adding snow to her house.  It was a virtual blizzard! 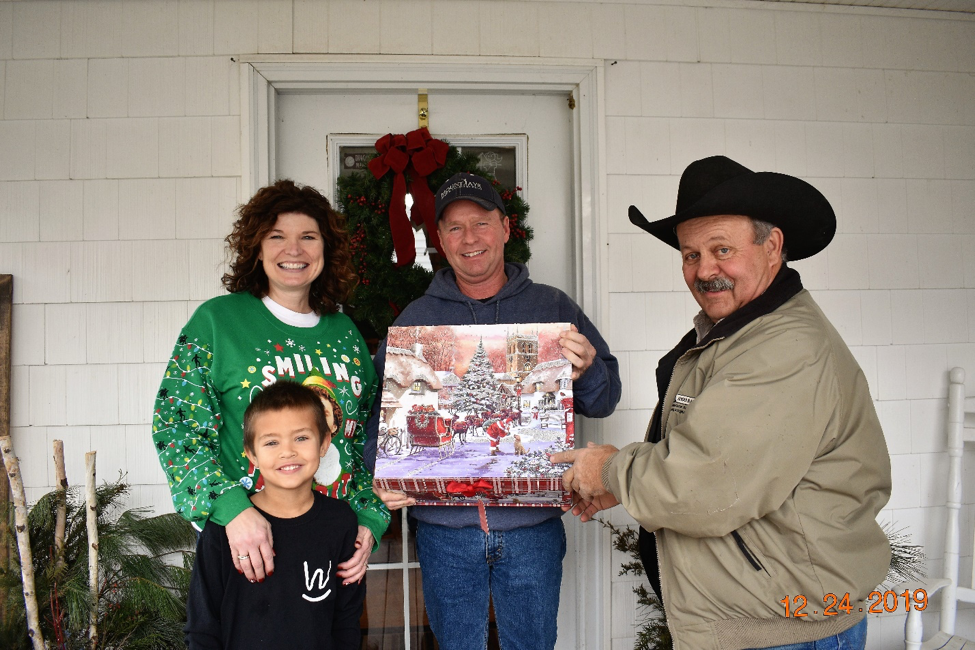 Then we had a Beef Basket Giveaway on Facebook.  Steve and Terri Newton were the luck winners, so we delivered their box of beef on Christmas Eve.

And that brings us up to Christmas Day, but I’ll wait to post pictures of that until later.