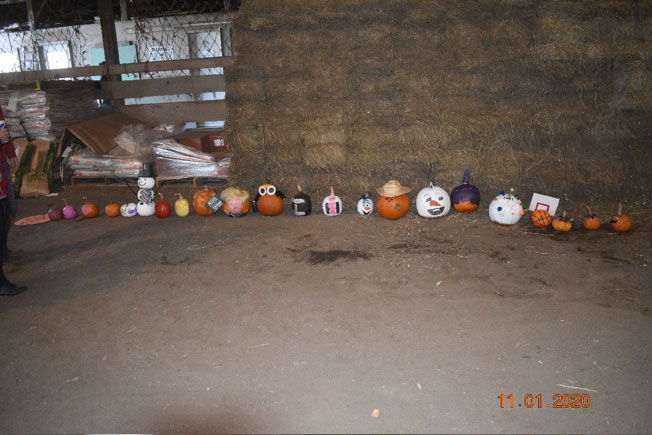 Last Sunday Uncle Joe and Aunt Heather put on a Harvest party with the church. It was a place for the kids to have good family fun! There was lots of food, games, and candy for the kids. 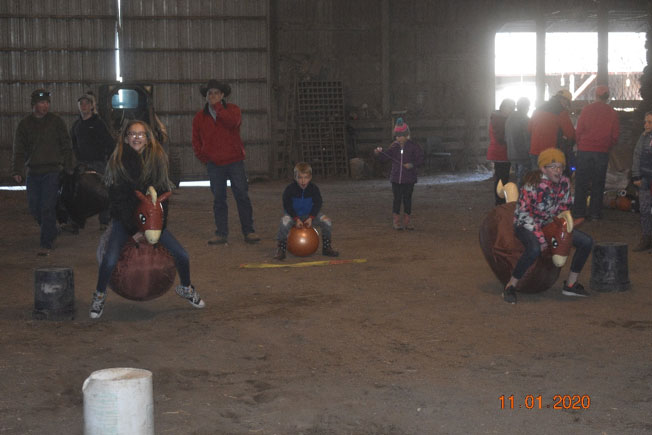 First there was a “horse” race!

Kids also brought their pumpkins for the judging contest! 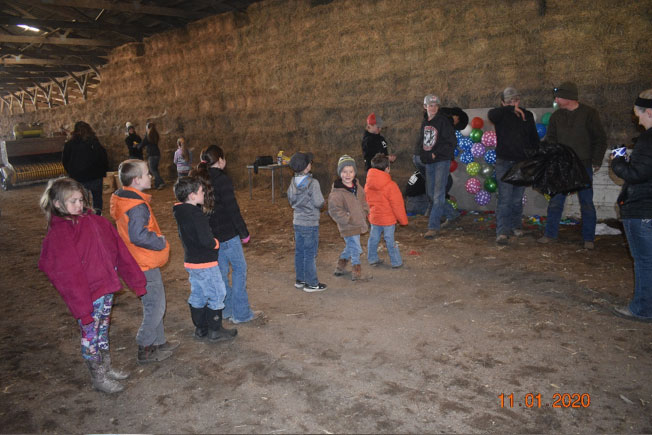 This popular contest was the balloon popping or dart throwing contest. 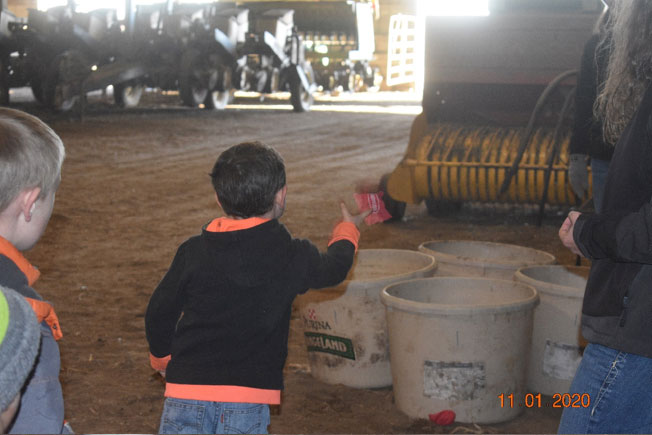 Here was the bags throwing contest. 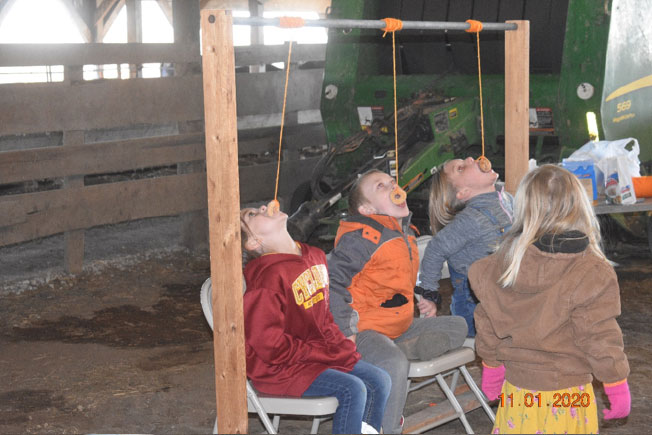 And finally, the donut eating race! Whoever was the first to eat the donut without using their hands won!

Oh, I almost forgot! There was also a hay ride! 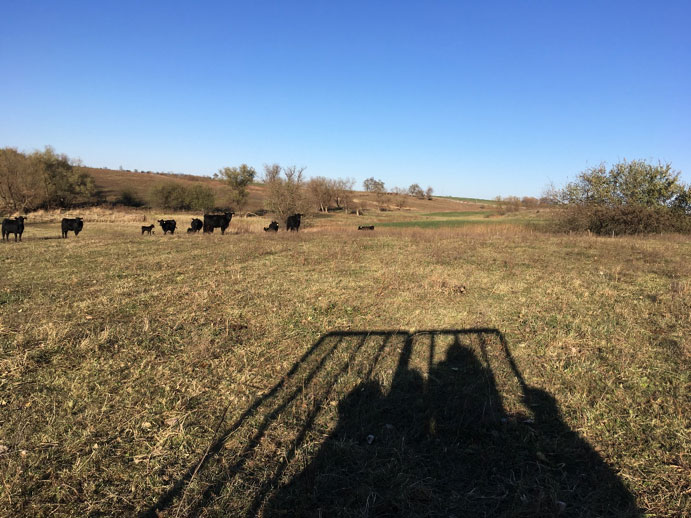 This is the only picture that we have of the hayride… I kept an eye on our back trail to make sure nobody fell off. 😊

Alright now some more pictures from the horse racing…. 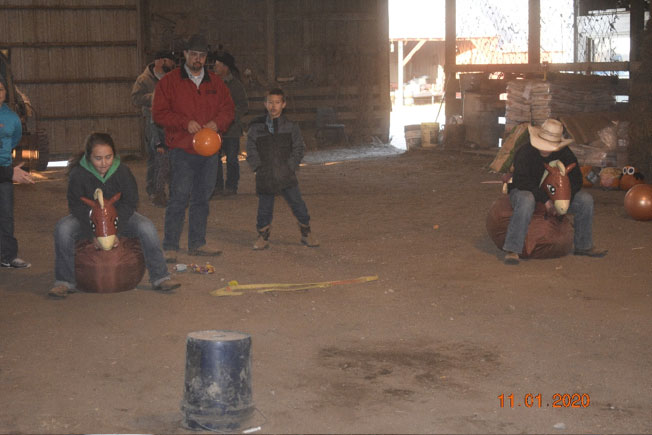 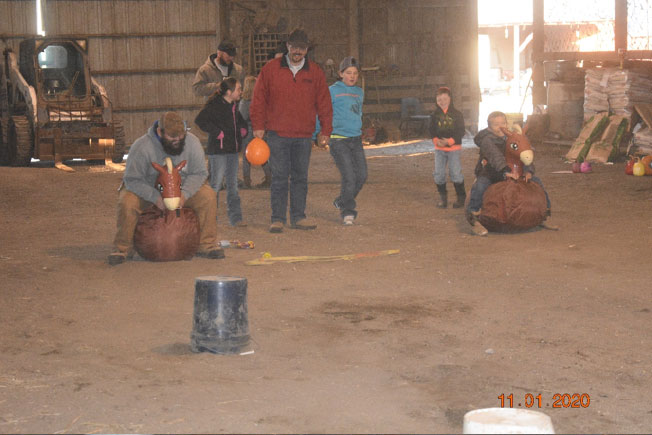 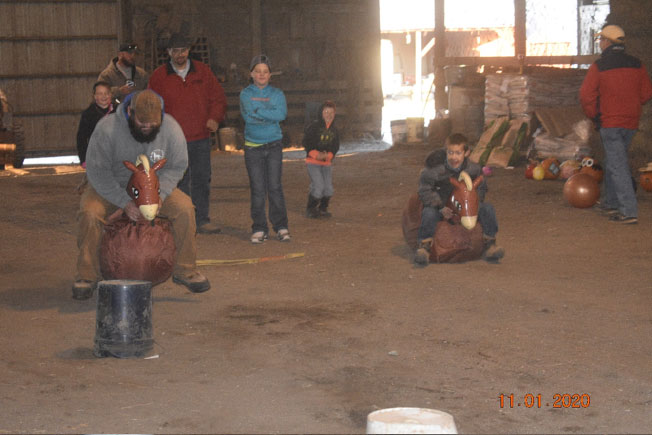 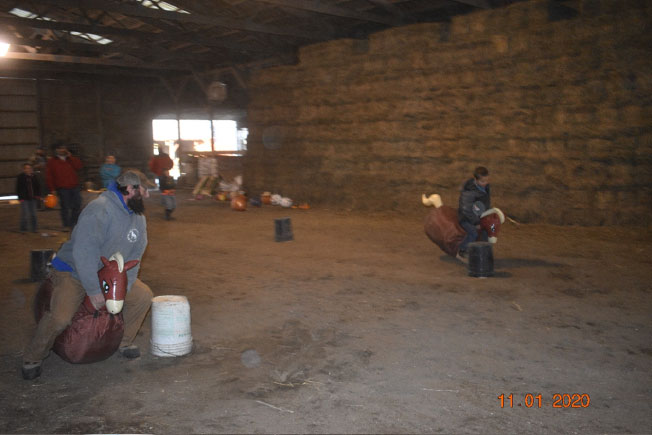 And my favorite ride of the night… Papa Jim and Aung Carolyn. Where they got the idea, I’m not sure, but the best thing was that I got it on video!!! Unfortunately, I can’t put a video in the blog, but I screenshotted a few pictures. 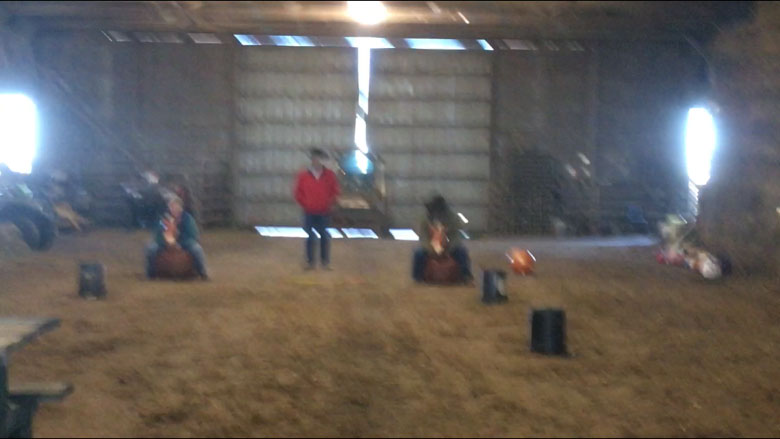 It’s blurry because like I said it’s from a video, but they were off!   About a foot away from the finish line (or starting line and they were just starting) this happened…. 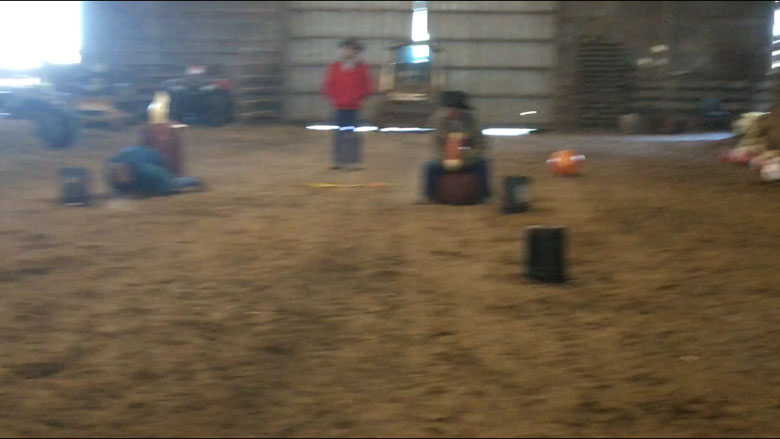 Aunt Carolyn’s horse bucked her off!!! Poor Aunt Carolyn! She was fine and we all enjoyed the laugh. 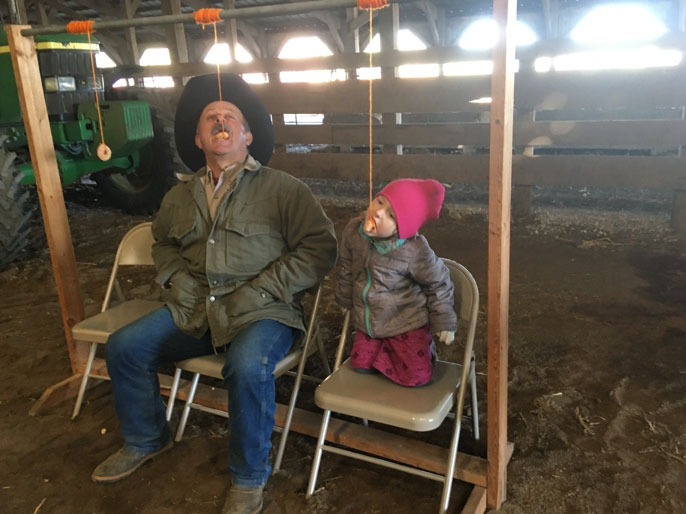 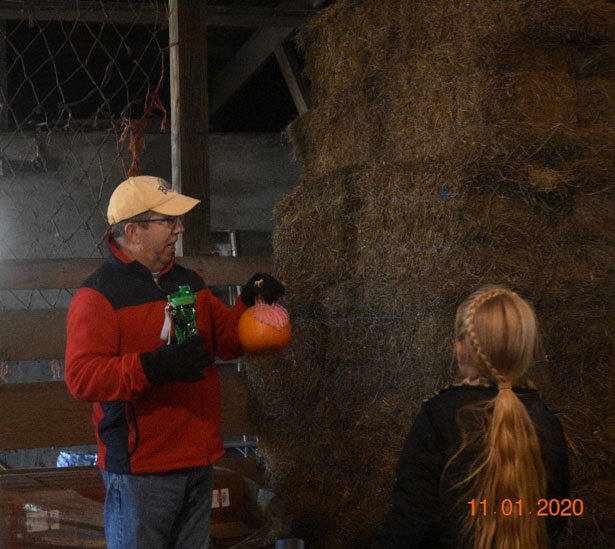 Here we have the winning pumpkins and the judges. 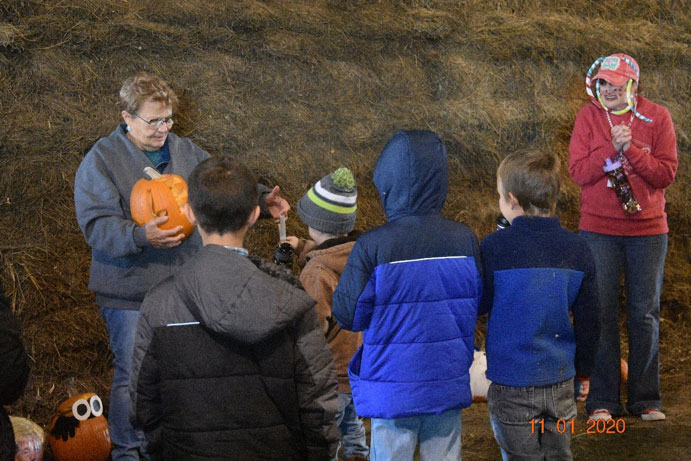 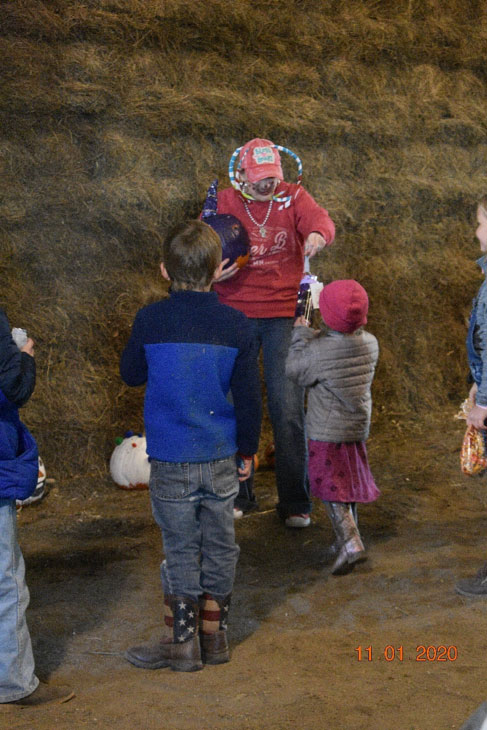 There were so many great pumpkins! Thanks to all the kids that participated! 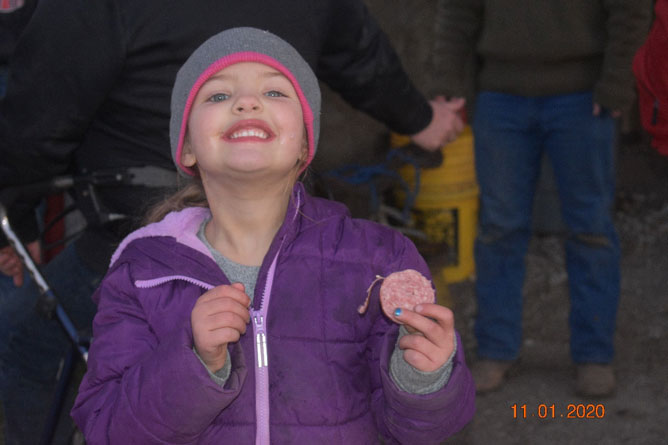 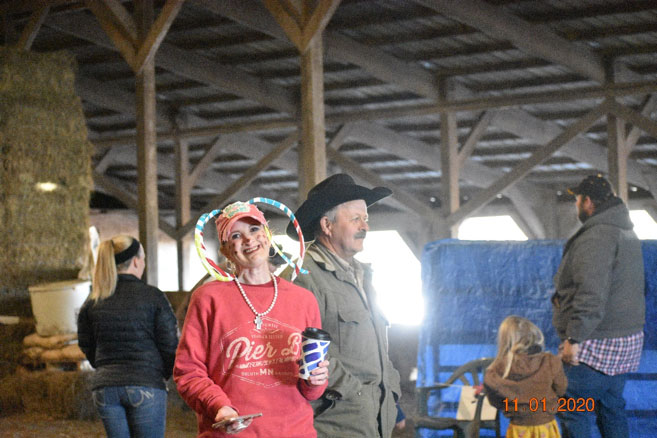 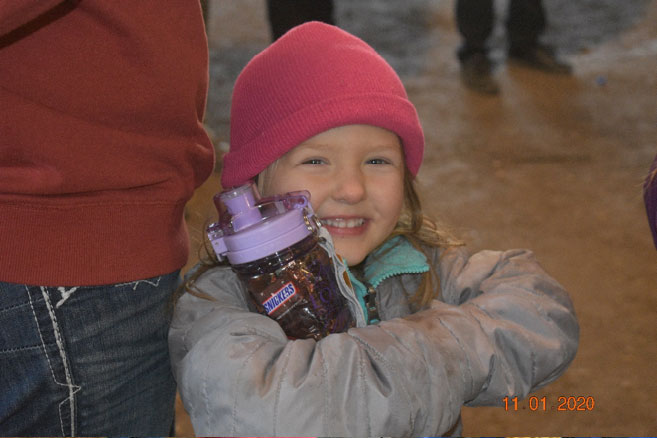 I don’t even have a picture of the food to show you, but it was delicious! There was also coffee and hot chocolate which both hit the spot!

I think everyone had a fun time and we’re happy that it turned out!

That’s all I have today!