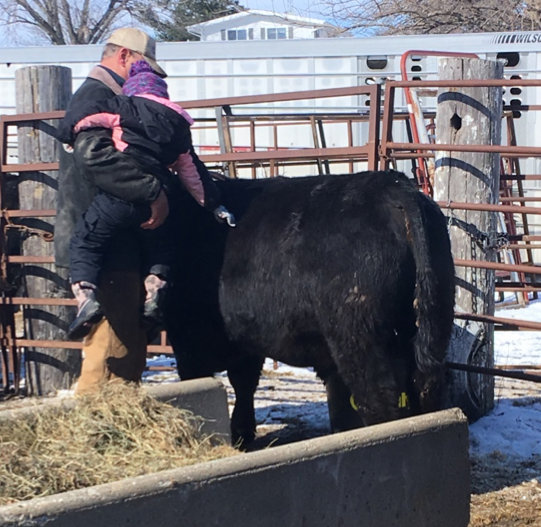 Last weekend we had our bull sale.  It was actually at our house and office this year which meant we had a kitchen right by us!  It has been years since we’ve had that convince.  It was a nice day considering the winter we have had.  It didn’t snow, it wasn’t horribly windy, it was in the double digits, and the sun was shining!  Here are some pictures from the day. 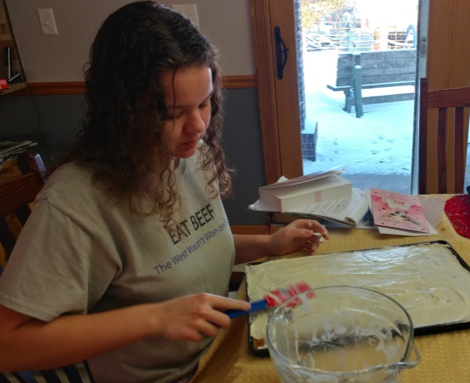 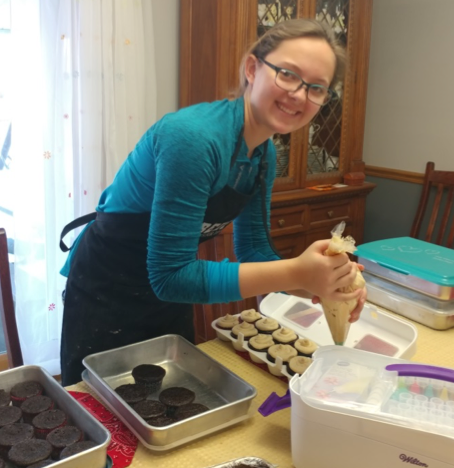 The bulls are in their pens ready to sell! But before that, we got to eat some lunch. 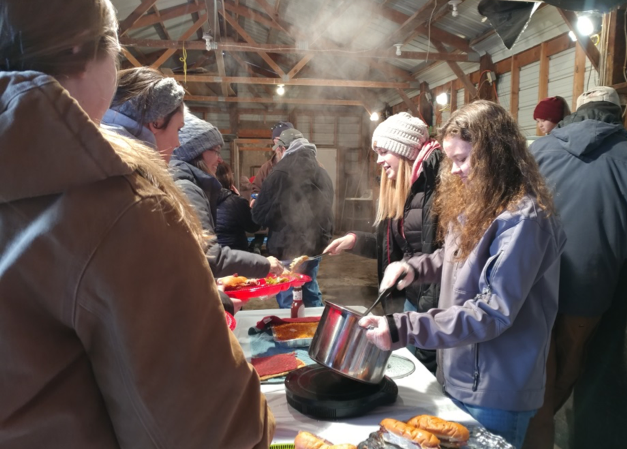 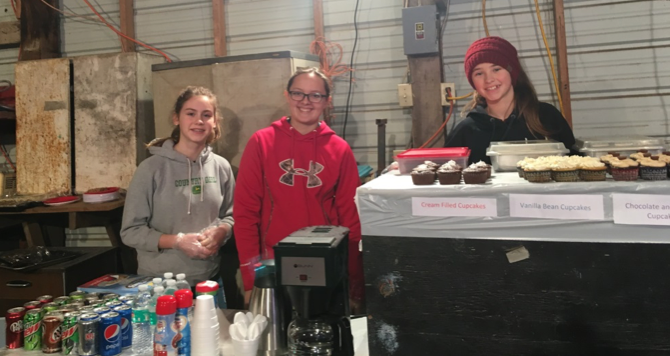 Jessica, Abby, and Ainsley Watkins (a friend from church) are making sure everything stays stocked! 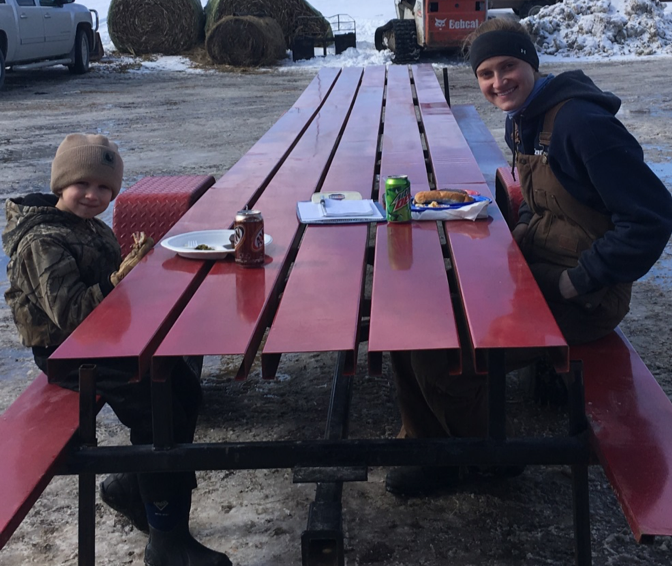 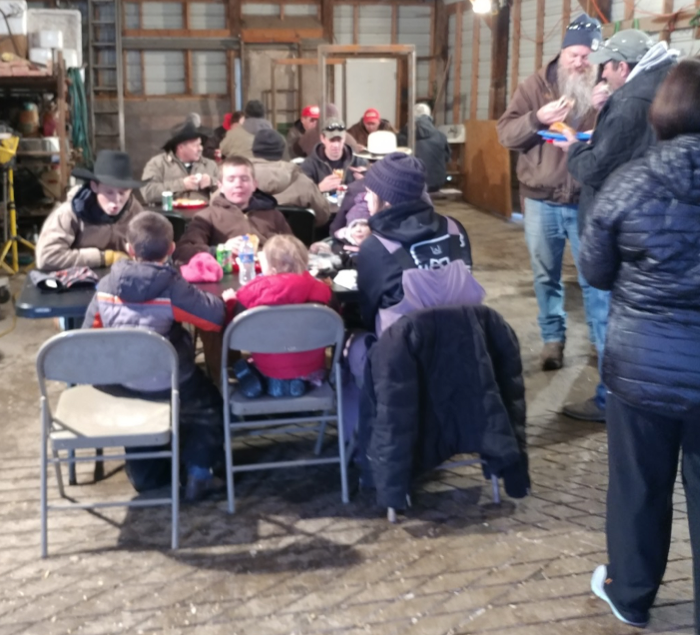 While everyone else was inside! 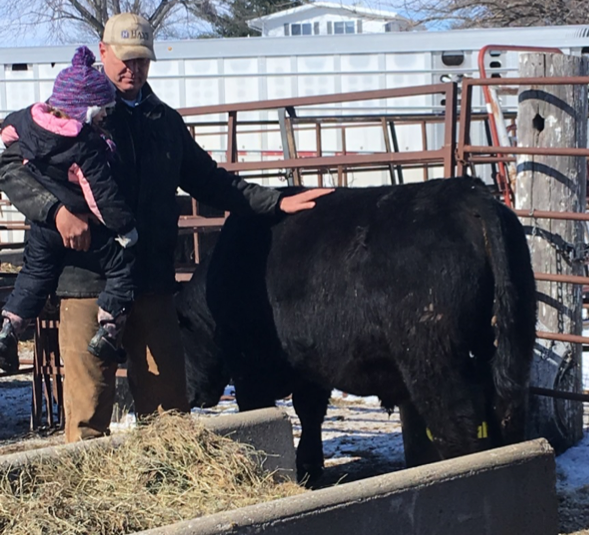 Here Dad and Emma decided they would go pet one of the bulls in the pen! The bull just stood there and enjoyed the rubbing. 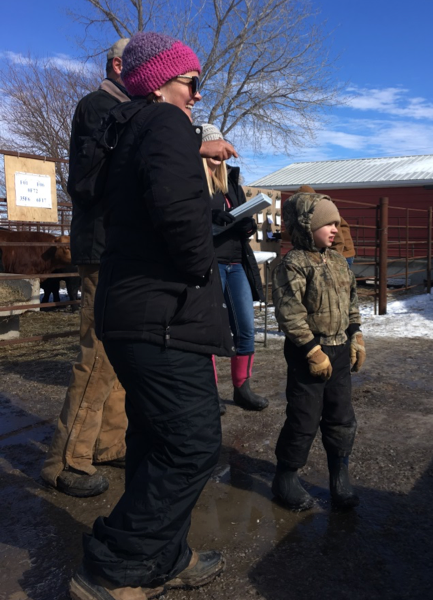 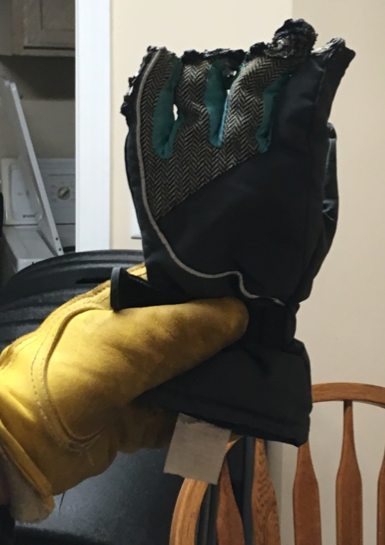 And then we come to this picture… It belonged to Jakey’s hand. We had one of those big heaters set up by the tables to keep everyone warm, and Jake’s glove must have gotten a little close. Thankfully Aunt Heather smelled the burning before it got to Jake’s fingers and ripped his glove off! Nice save! 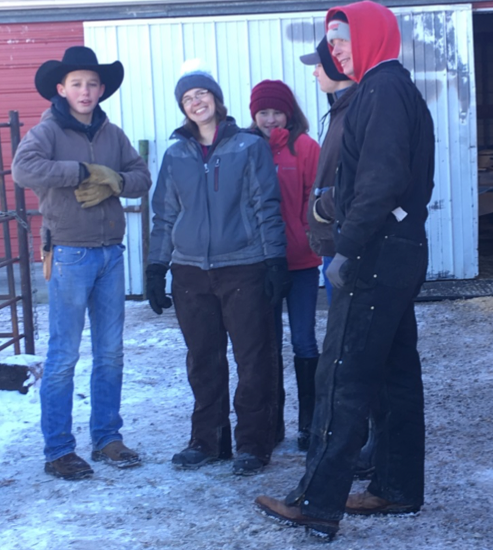