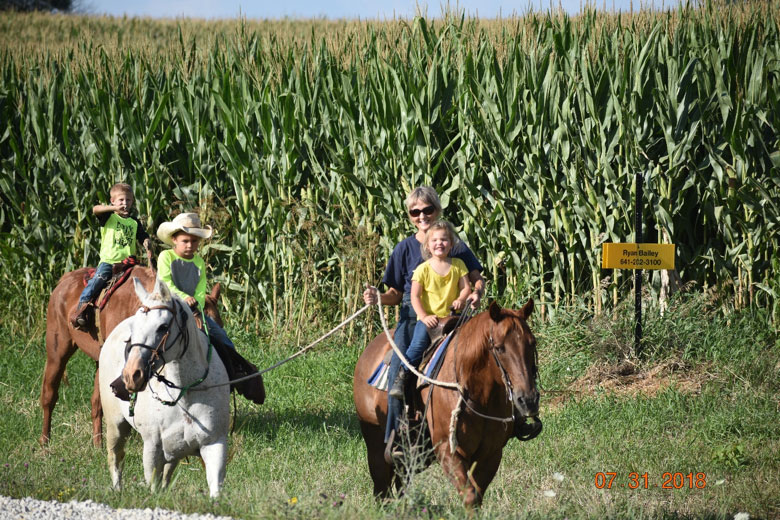 So a month ago during weaning, we had a bunch of cattle to move. And to get all the work done, we had to split up “the crews.”

Grammy, her helpers, Joe, Rhett, Ashton, and Heather were one crew. 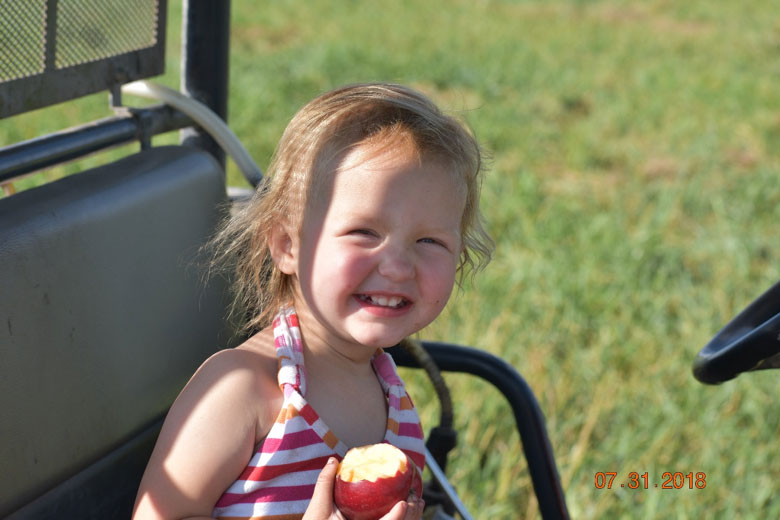 Oh! And this sweetie. How could I forget her?!

While Grampy, Marci, Clint, and Matt went to gather another bunch of cattle. 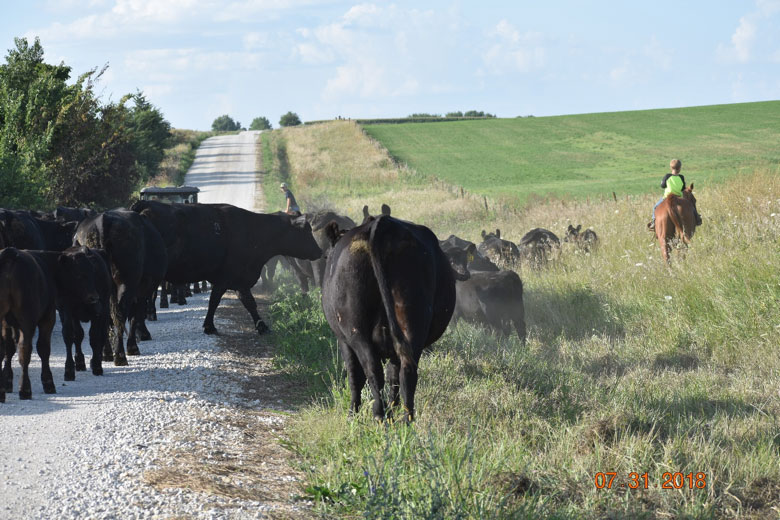 But the excitement was with the first group…and it happened right about here.

I don’t know exactly how it happened because I was not on this cattle drive. (And of all the cattle drives to miss out on!) But I did send my camera with Heather, so when I scrolled through the photos that evening, this is what I saw… 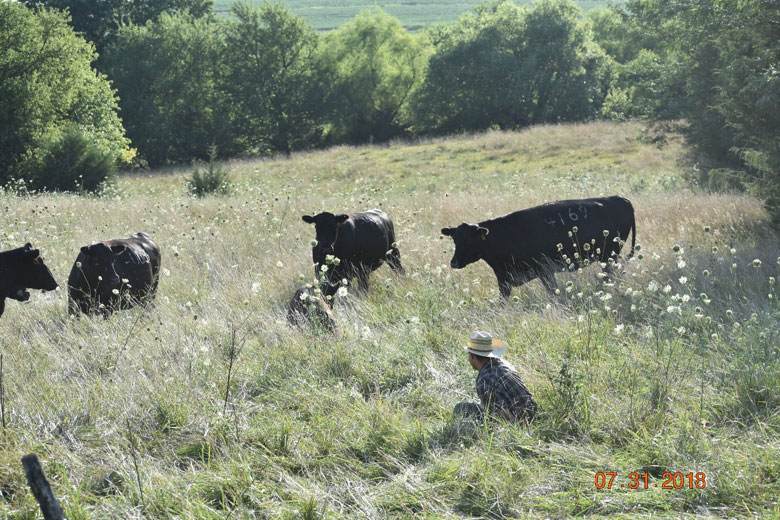 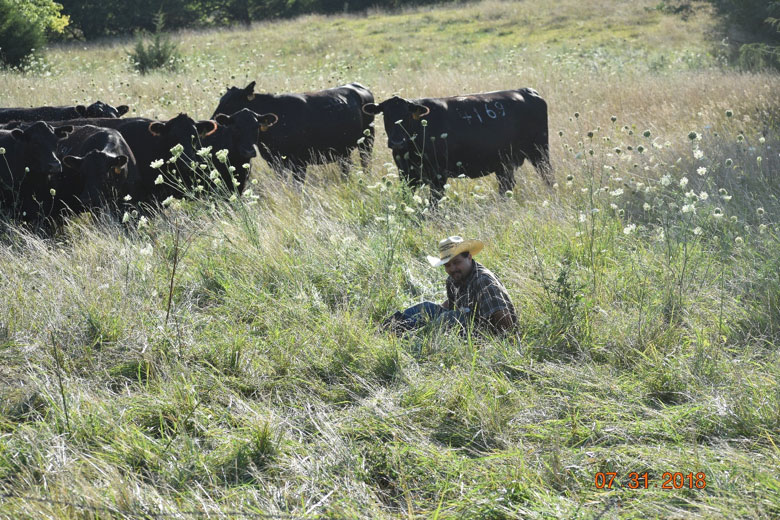 Why was Joe lying in the middle of the pasture? Did he get bucked off?

I can remember one time I came upon Joe lying in the middle of a pasture like this on a damp, dewy morning only to learn that his horse had gone down on the wet grass and landed on his leg. Clint and I got there at about the same time and I will never forget how Joe’s foot flopped limply from his boot. It was disgusting. And there was no doubt his ankle was broken.   Gee. Sorry to subject you to that gruesome story. But I digress.

Back to the picture. Joe wasn’t riding a horse on this drive. He was driving the Kubota. So what was he doing?

Did he find the perfect place with no ticks, chiggers, or mosquitos to take a nap?

Was he posing for Heather in some awkward photo shoot?

What in the world was going on here?

And then I saw it. Joe was on one end of the rope and a 400 pound calf was on the other end…it looked like a tug of war, and the calf was winning. He was having a whee of a time taking Joe for a ride.

Apparently, the calf had gone through the fence into a pasture with fall cows. He must have gotten wind of the fact that he was about to be weaned. So it was up to Joe and his crew to get the calf back where it rightfully belonged. But alas, Joe was on foot and in a bit of a pickle. 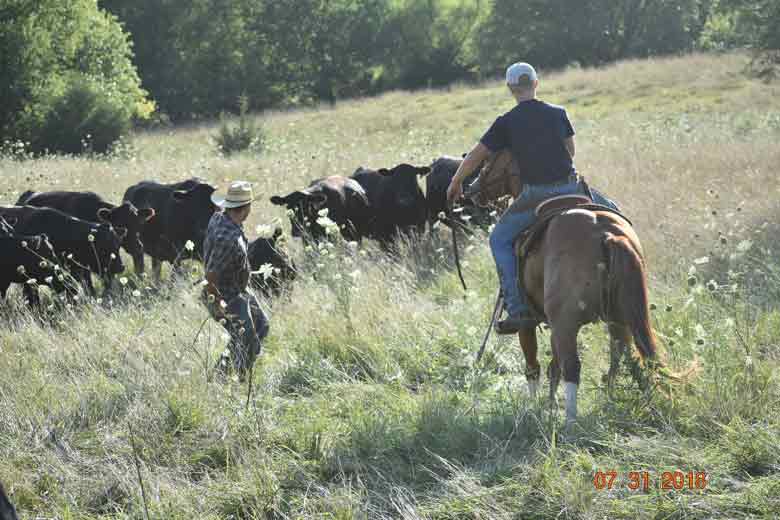 But wait! Here comes the Calvary!

Except, Rhett’s horse, which is a colt, thought the game looked about as much fun as dancing with a rattlesnake. No help there. 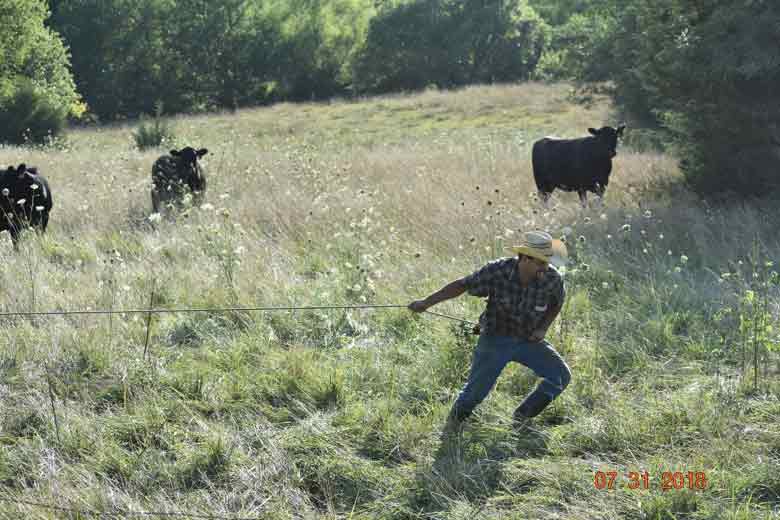 So Joe had to cowboy up and drag the blasted calf himself.

And guess what. He got it!

The calf rejoined the herd and the rest of the drive went smoothly. I’m just glad Heather had the presence of mind to take pictures of the whole thing. Kinda made my day.

Hope you enjoy the rest of yours!