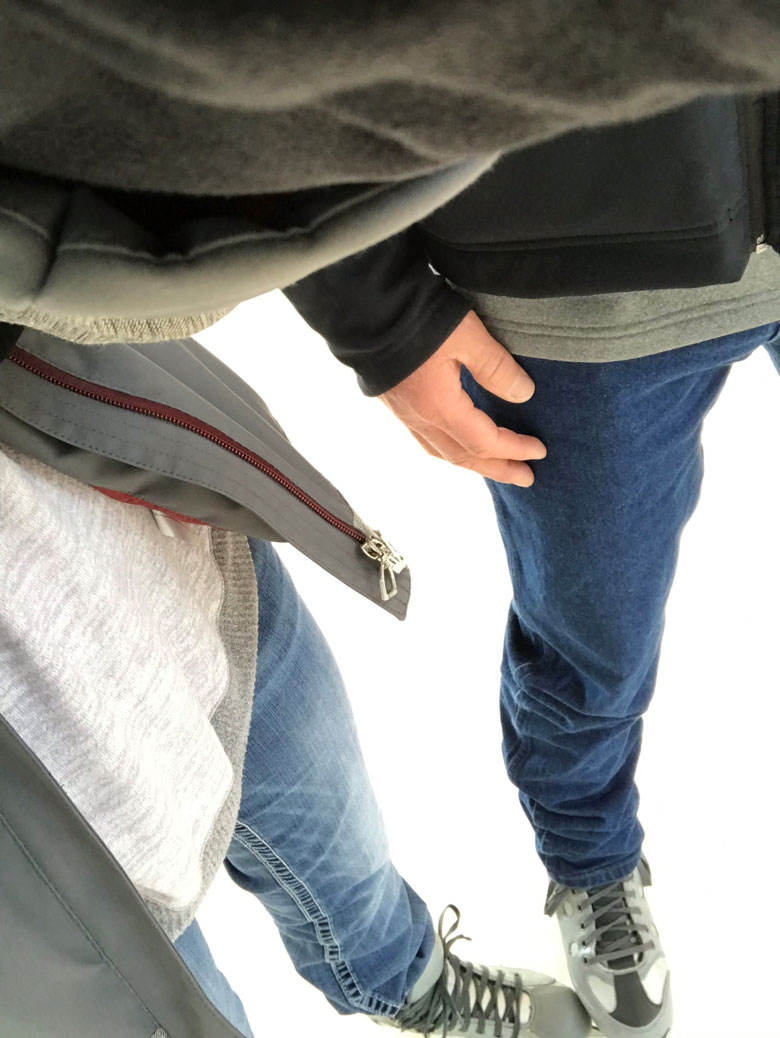 Oh, I had such high expectations for this activity. I had seen it done hundreds of times on the Hallmark Channel and it just looked so romantic. We would gracefully take to the ice where I would stumble just a little bit and my strapping, strong, sweet husband would carefully steady me to an upright position. Then I would giggle and look lovingly into his affectionate blue eyes and the music would start playing and the snow would start falling. It would be dreamy. And I couldn’t wait!

It started out perfect. We bought our tickets and strapped on our skates. I was a bit giddy as I’d never tried ice skating before. But I’d been studying the other skaters in the rink, and it looked like all you had to do was walk with long strides, swing your arms, and sway back and forth. Piece of cake.

We took to the ice.

I nearly biffed it the second I entered the rink. Just like I’d imagined! I grabbed for my sweet hubby’s hand so that he could steady me in the sweetest way…but instead, I had to settle for the railing. My sweet hubby had taken off without me it seemed.

Oh well. No problem. He’s just letting me get my feet under me before we begin our Romantic Skate.

No. No, that wasn’t it either.

Apparently, the idea of “Romantic Skate” never entered Will’s mind. Instead, he was focused on “Speed Racer.” So, while I was working up my confidence to let go of the rail and skate like a normal human being, he was lapping me saying encouraging words as he passed. Such things as “It’s easier if you go faster.”

“So helpful…” I thought.

“You really should try it without holding onto the rail,” he mentioned as he flew by me a second time.

“Now why didn’t I think of that?” I said only to myself.

The third time he lapped me with inspiring words of wisdom, I chucked the idea of a romantic skate right out the window. This was just going to be me and the rail, baby.

So after my vision of a Hallmark-worthy scene shattered into a million pieces, I befriended a sweet little 10-year-old girl, and we had a great time! And I will tell you that I did let go of the rail. And I did learn to skate with a fraction of an ounce of grace…if you want to call it that.

But I think I might give the Hallmark Channel a call to see if they have a position open for the lady in the skating scene. I’m pretty sure that’s the only chance I have at a “Romantic Skate.”