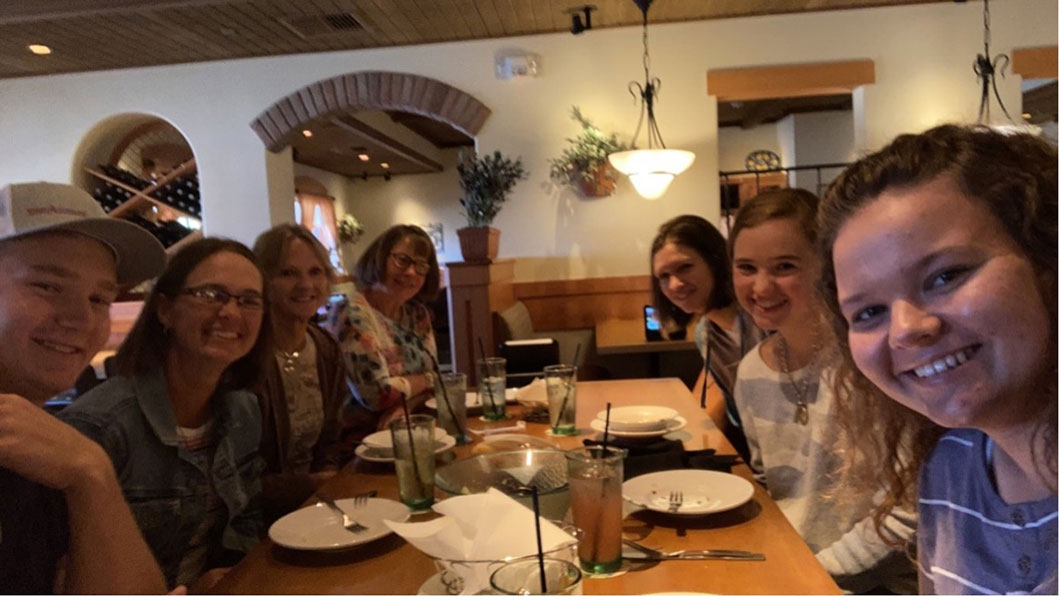 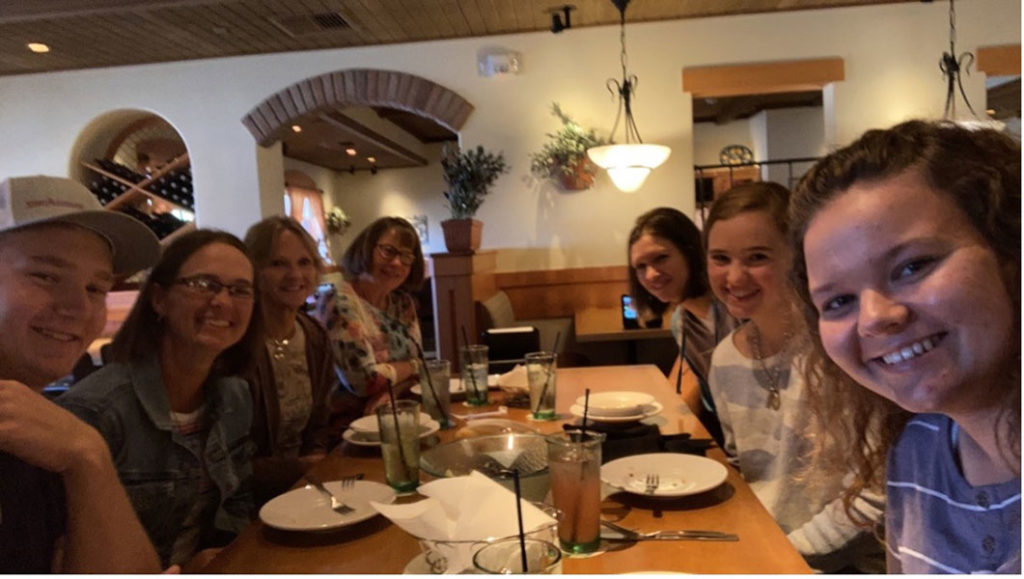 The other week a group of us girls loaded up in a van and started on our way to Manhattan, Kansas. None of us except Grandma Martha had been to see Rhett since he moved down there for college. We were all excited to see where he lived and tour campus! I was slightly concerned for Rhett. I mean not everyone could handle A-Team (that’s what girls team calls themselves) bombarding them at college. Rhett took it all in stride though.

First, we had lunch at Olive Garden, where we were grilled for our etiquette. You see, at the fraternity Rhett is in, they have a weekly meal where they boys must wear suits and follow proper table etiquette. He tried to teach us some of what he learned, but I’m not sure any of it stuck. We might be hopeless. 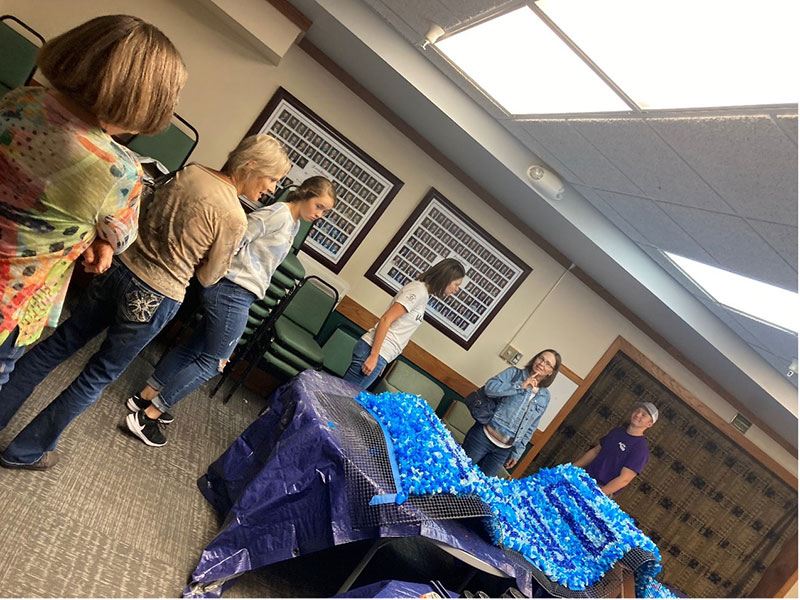 After lunch Rhett gave us a tour of the fraternity house. It was VERY nice!!! We had to have been a spectacle though, the whole string of us winding through the house. Oh, and by the way, I had no clue where we were half the time. We saw about 20 different rooms. Once we got past the front door, I was pretty much lost. I know that comes as a shock to most of you. 😊 Others will think nothing of it, as some might say my directional sense is lacking…. 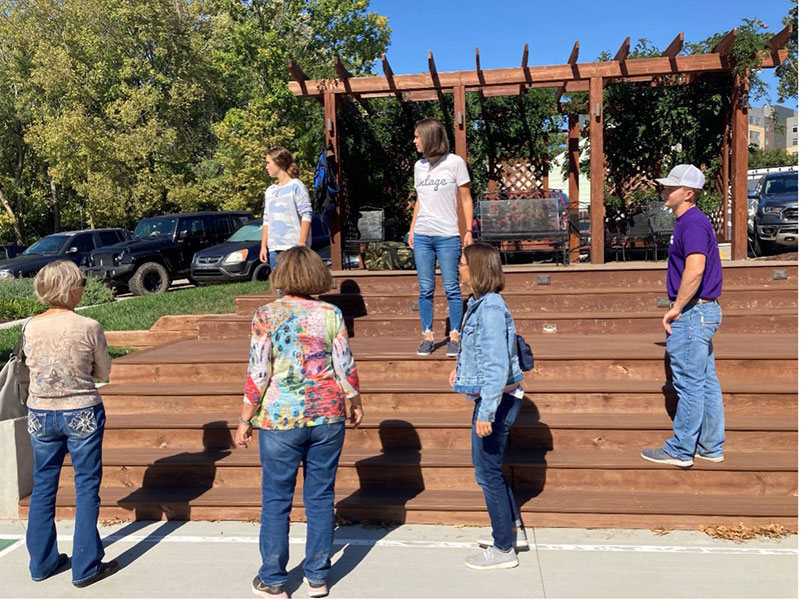 I’m not really sure what everyone was looking at, but Rhett showed us the outside. There was a nice pergola, fire pit, and a basketball court to shoot some hoops. 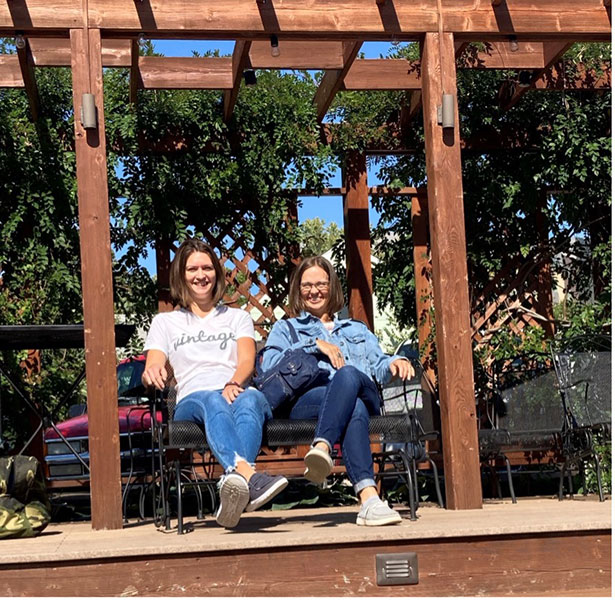 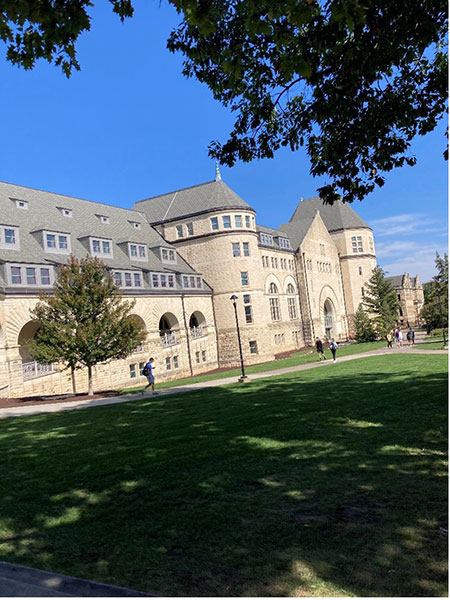 Then while Rhett was at a meeting, we had a self-guided campus tour. This was the library!! It was so pretty!!! All the buildings were made from limestone.

Rhett told us we had to go check out the gardens on campus as he knew Aunt Bon would love it! So, we did. While Abby and I thought it was pretty, we chose to entertain ourselves in a different way… We met a boy at the garden and decided to sit with him… Abby sat down next to him and the first thing out of her mouth, plain as day, was “Oh, he’s hot!”. Abby and I burst out laughing but the guy just turned his head and ignored us. We told this story to Aunt Bon, and she was not impressed…. She didn’t think Uncle Will would be allowing us to travel together anymore. However, before we go any further let me show you the pictures… 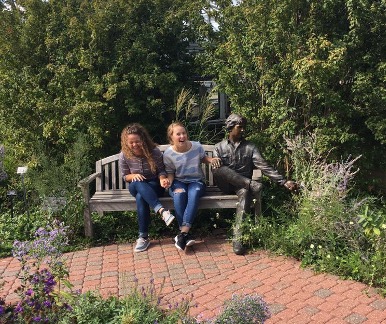 Abby put her hand on the man, and after sitting in the sun all day he was quite literally hot. However, the irony of the situation struck us as hilarious. 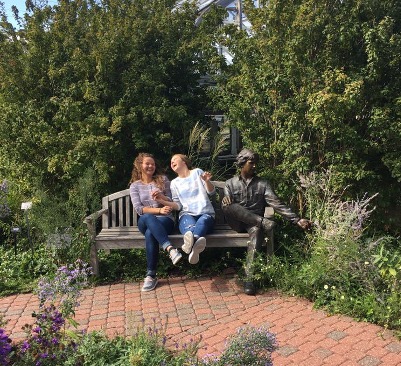 He was so impressed. 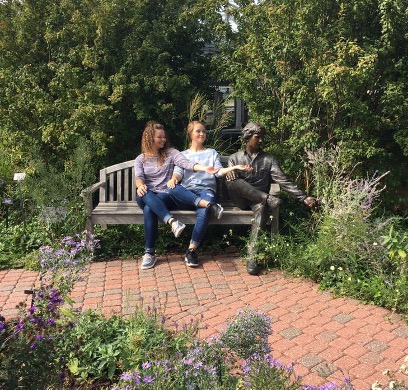 I’m not sure if we told Rhett, but I guess if the story got back to him, he could honestly say he didn’t know the people! Just kidding! We were the only ones in the garden. I think…. 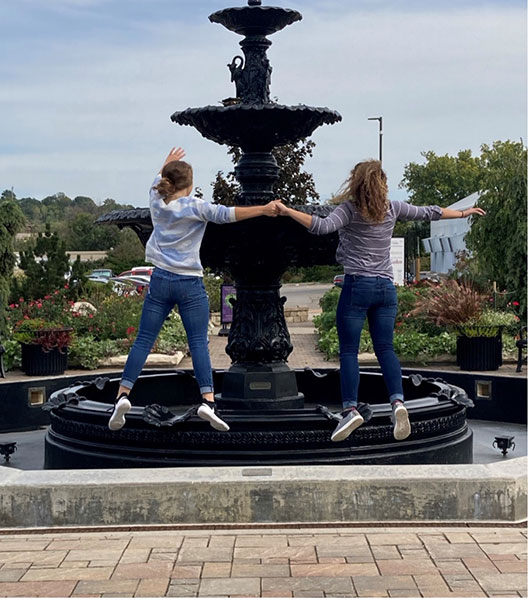 And here we are jumping into the fountain! Splash!! Just kidding there wasn’t any water! 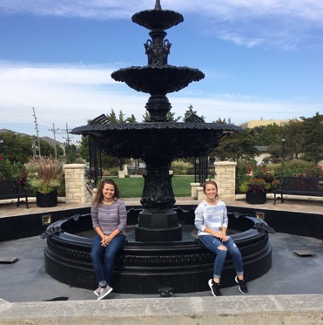 And when we were around people, we tried to contain ourselves and be ladylike/act our age/not embarrass Rhett. 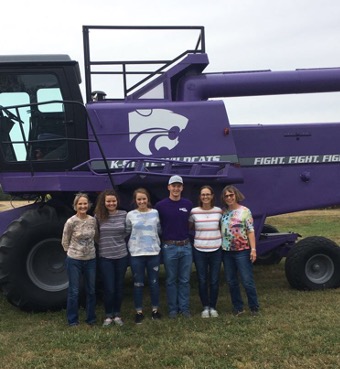 Then, we met back up with Rhett and he gave us a tour of the farm. They had a purple combine, so we decided to get a group picture with it, although we are missing Aunt Heather. She was taking the picture.

We all had a good time and were super glad we got to go! I think Rhett was even happy to see us! He was an excellent tour guide and seems to be all settled into college!
Hope everyone has a great day!