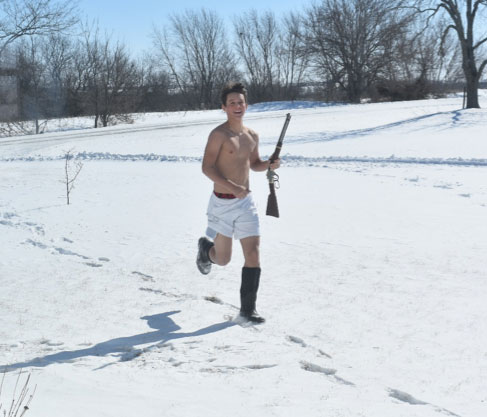 It all started with Abby looking out the window and asking “Is that a cat???” It was last week, and we had all just gathered around the table to eat lunch when this question arose. Matt leaned over to see what she was talking about. “No, that’s a coon silly,” he replied. This coon was walking down the road, and to say the least it looked awful. It had no tail and looked pretty sick. Matt took all those details into account and jumped out of his chair. “I bet you I can shoot it,” he said. That’s all it took for Rhett to bound out of his chair as well. I tell you what, anything that involves competition or guns the boys are goners.

They preceded to run out the door and let me remind you, we were in FRIGID temperatures, but that didn’t stop Matt. I only mention Matt, because Rhett had taken the time, well, for starters to get dressed before 12:00, and secondly Rhett also stopped to pull a coat on. Matt on the other hand was in it for the speed… Don’t get the picture yet, just let me show you.

He ran out there, took aim, shot his kill, and ran back in like his life depended on it! 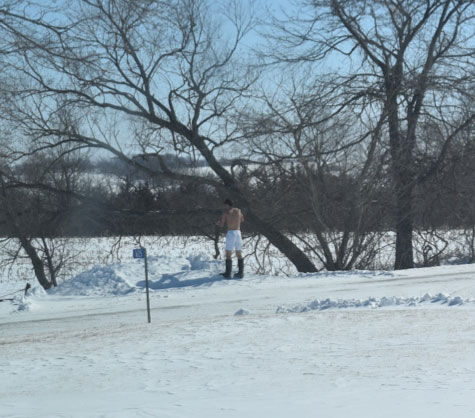 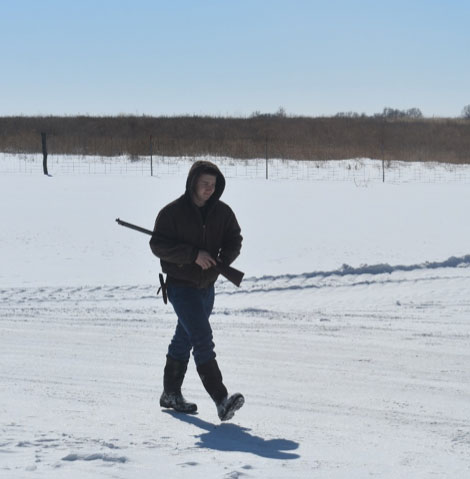 And as you can see here, Rhett dressed for the occasion.

Poor Aunt Bon just sat at the table and tried to ignore what was happening, as she didn’t exactly approve of Matt’s choice of clothing he had chosen for his hunting mission… 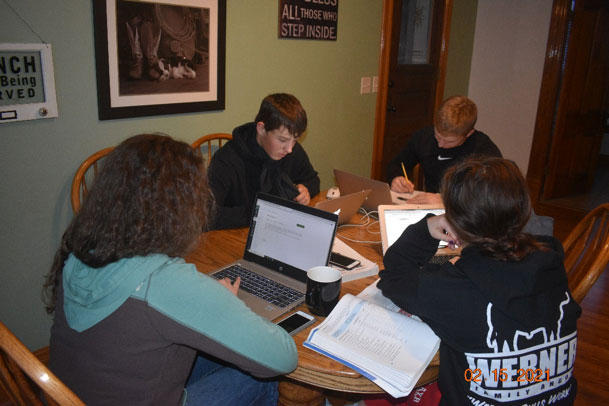 I’ll end it with this picture, though. It shows us dutifully working on our homework. I don’t want to appear too much like we were all running wild, while in Aunt Bon’s care. 😊 Since it was so cold out, we had several days of school cancelled. We had fun though hanging out and staying busy. Hanging out may have been our real mission… Several rounds of cards and coffee were involved, but it’s nice to have a nice refueler every once in a while!

Well, thanks for listening and have a good day!