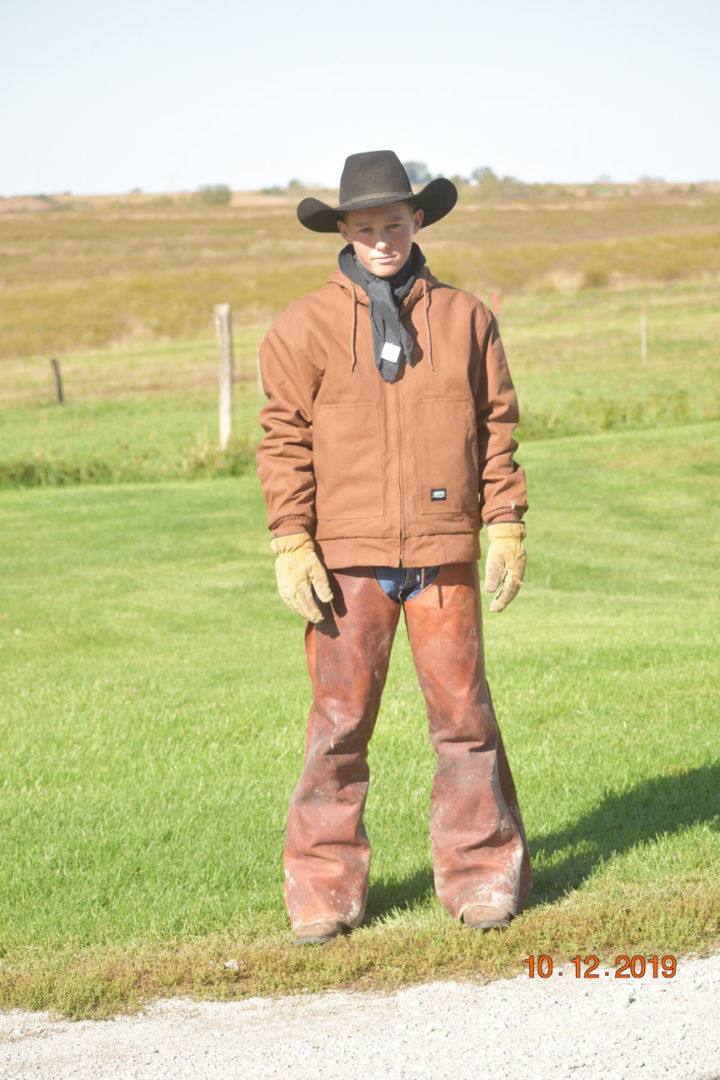 It turned winter here last week. But thankfully, it was really just for one day…Friday. The day we all got to sit outside and watch a football game. BRRR. And as we were getting bundled up for the game, we came to the realization that none of Matthew’s winter clothes fit him anymore. Not a single piece. They were all several inches too short.

So, being the recipient of many, many Mother-of-the-Year awards, I chalked up yet another one. I told Matt to put on all the sweatshirts that fit him and go for it. It was 5:30 in the evening, after all, and it’s not like we have a Wal-Mart on the corner.

So, we headed to the game where Matt would inevitably freeze to death.

But, as luck would have it, Matt found a “friend” he could share his blanket with, so he avoided hypothermia by the skin of his chattering teeth.

The next day, however, we made an emergency trip to town to get that boy a coat. We had cattle to work, after all, and we needed him on top of his game.

And when he got home and got bundled up, I just had to take his picture. We couldn’t find him any coveralls in town, so he had to wear Will’s chaps. And when he finished getting dressed, I thought he looked just like a movie-star cowboy. I should have gotten a picture of him on his horse, because I think his horse is movie-star material as well. I mean, it was just like having John Wayne in my yard. I wanted to ask him for his autograph.

See? Good things can come from being a lackadaisical mother.

Now we’ll just sit back and wait for Hollywood to call.

See you on the big screen!