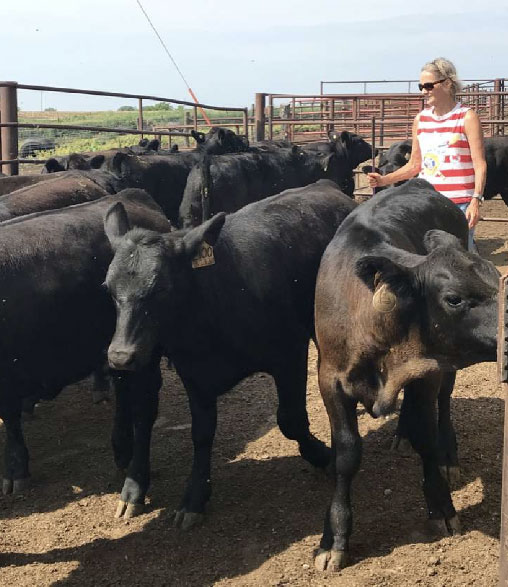 Last weekend Aunt Bon and Uncle Will weaned their calves. While I didn’t make it up there for it, I got
lots of pictures. 🙂 Aunt Bon, Uncle Will, Abby, Aunt Carolyn, and Grammy were the chute crew, while
Grampy, Matt, Jacob, Ty, and Jake were the horseback crew. 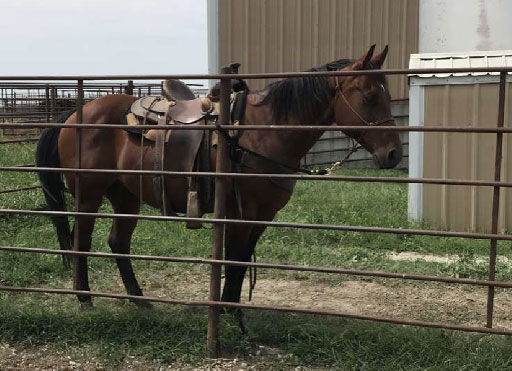 Bright and early (well, not so bright, this picture was taken later) at 5:30 part of the crew made their way
out to saddle the horses. They went to get the cows and calves up and then sort them.

Once the calves were all sorted off the work began.

Grammy brought the calves up and loaded them in the alley. 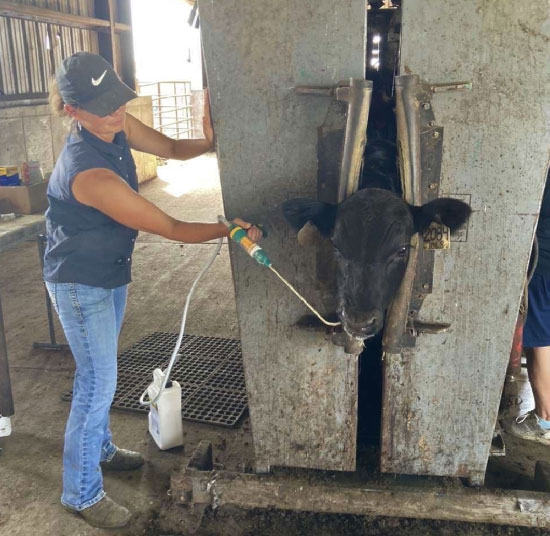 Then Aunt Bon would drench them (give them de-wormer) and implant them. 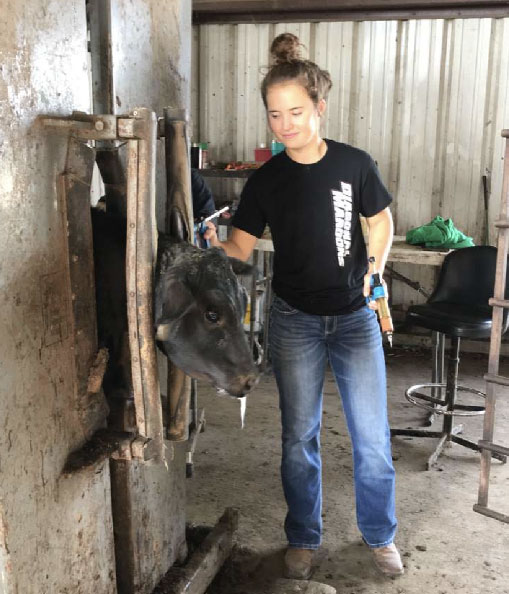 Abby was on the other side giving shots. 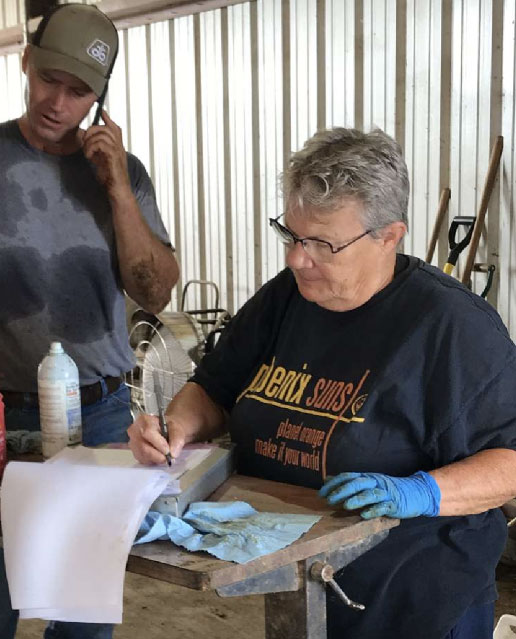 Aunt Carolyn ran the paperwork. She recorded the ID, weight, and notes for every calf. I want you to
notice Uncle Will’s shirt in this picture. It is cracking me up! 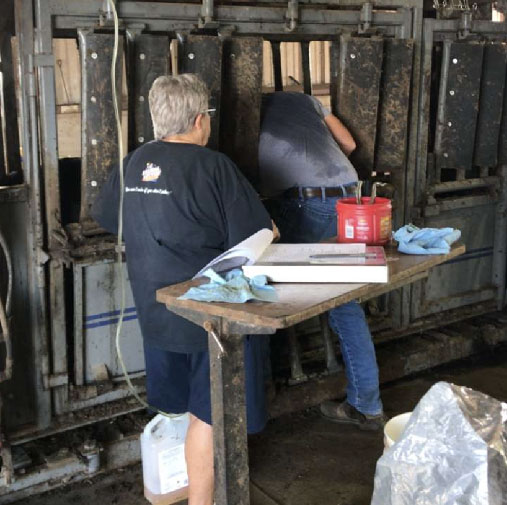 He had the fun, or not so fun, job of castrating all the bulls. Aunt Carolyn was his lovely assistant. She
patiently stood their holding the tail for him. Ok. I was going to make another comment about the shirt,
but I remembered he would probably be reading this eventually. 😉 I’m sure you were doing a great job,
Uncle Will, and there were probably zero people in line to take your job. 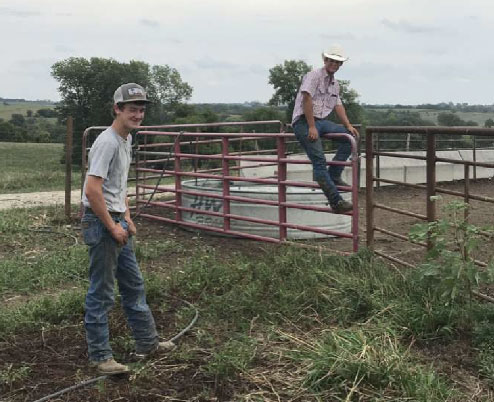 The boys were back from moving cows! 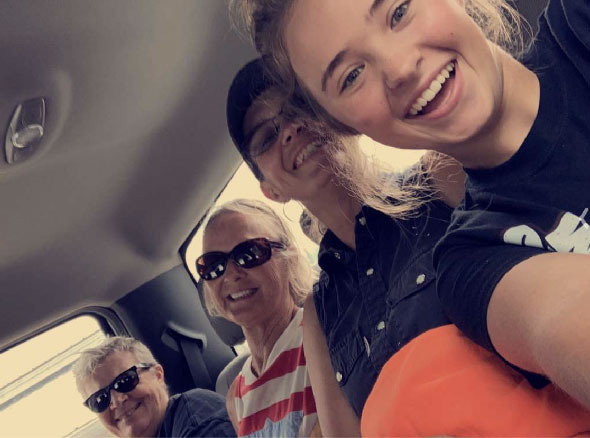 Lunch time! Look at all those smiles! 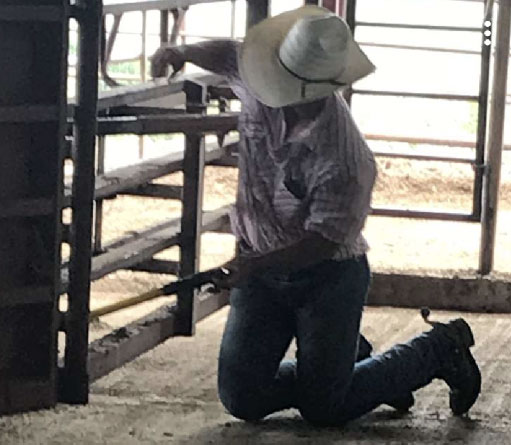 After they were all worked then came the clean-up. It really sounds a lot worse than it is. As the saying
goes, many hands make light work! And it’s so true. 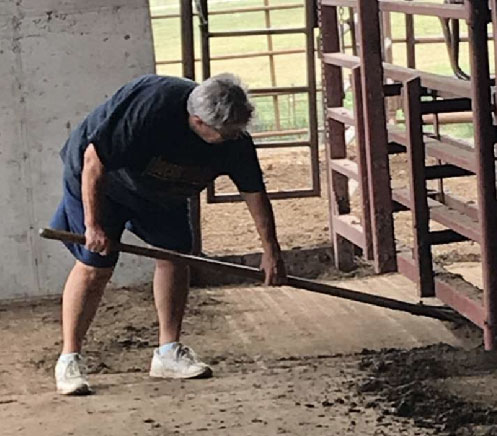 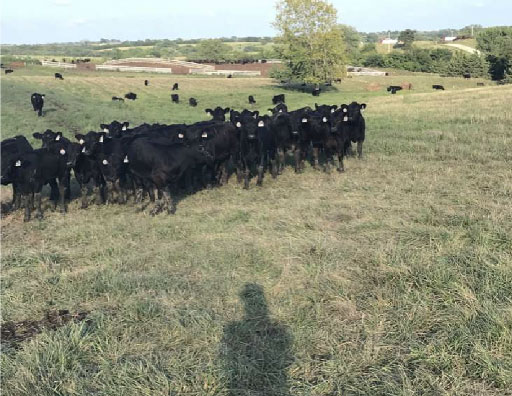 After the big day of being weaned and worked through the chute the calves were moved to their new
location to settle into. They have a pen with bunks that they can eat out of, as well as the pasture
available to them. They seemed to have settled in pretty nicely. They are such curious critters at this
age! Aunt Bon will probably have an audience for a while.

Until next time,
Lindsay