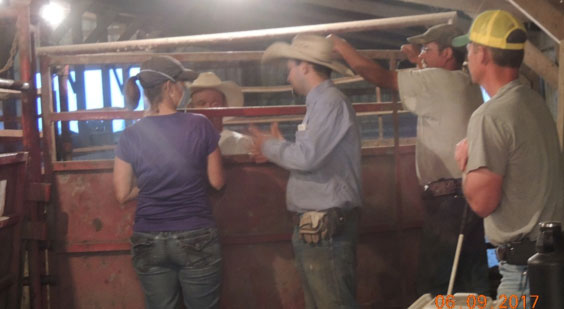 Last Friday Jessica and I headed up to Iowa. We were going to help A.I. the cows Saturday (or at least that was the plan), and watch the 4 little ones Friday afternoon. The first thing you need to know about the “plan” is that there is no plan. ☺ We just wing it and go with the flow. Perfect! Right???

Everybody chopped hay that day while Jessica and I watched the kids. Aunt Heather went to spend some time with her family. Aunt Bon was at a baseball game. She called and I told her how things were going at the house. The kids were happily playing in the pool; it was going well! She had some news for me, too!

“Well, based on when we pulled CIDRs, the cows should be AI’ed about the middle of the night,” Aunt Bon reported.

“Well I’m not sure, but someone did the calculating wrong.”

“Ok. So are we going to work them tonight or just go on as planned and start about 5 in the morning?”

Everyone got something to eat and we started bringing the cows into the barn at about 8:30 Friday evening. Girls’ team, which consisted of Grammy, Aunt Bon, Jessica, and I, said a prayer asking that the night would go better than we expected. Aunt Heather would have gone out with us, but she stayed in with her kids and went to bed at a reasonable time.

It was a beautiful evening. We didn’t get any pictures of bringing them up to the barn so I will try to paint the picture for you. The air was nice and crisp, the sun setting in the west, and pretty cows were heading toward the barn!

Here they are getting the “plan”.

Then we set it in motion. We had our first cow in the chute. We started pulling semen, getting the gates ready, and trying to get our heads on straight when Grammy said, “That cow doesn’t look well.”

Aunt Bon looked over at the one in the chute and said, “She’s choking!” We all immediately looked and set in action. Thankfully she was rescued! What a great way to start the night. Only 149 left!

After that, things started flowing, though! 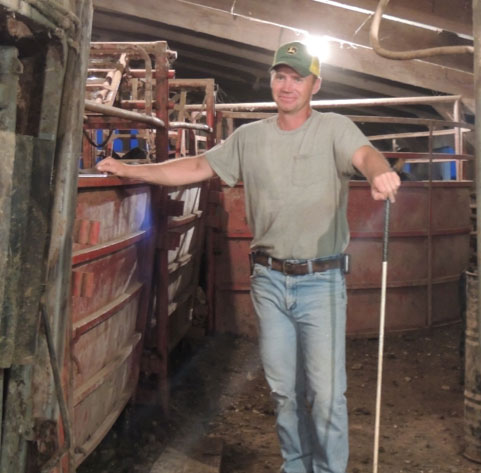 Uncle Will kept cattle to the chute and gave them a shot. 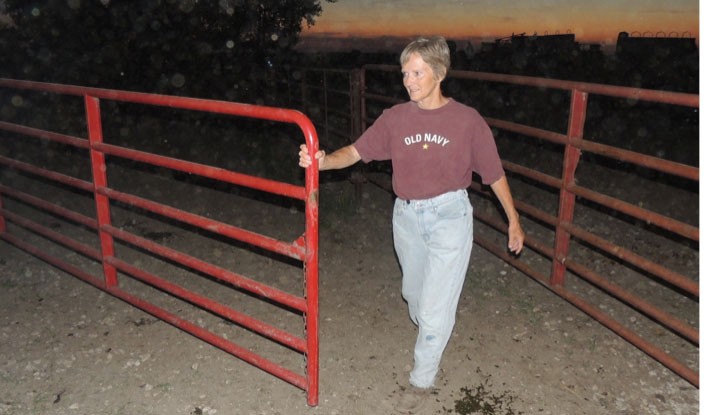 Here’s Grammy running the gate. Jessica and I took turns running the other one. It was a beautiful evening to be outside. 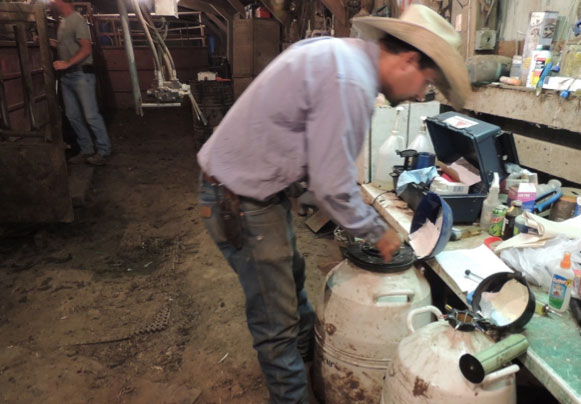 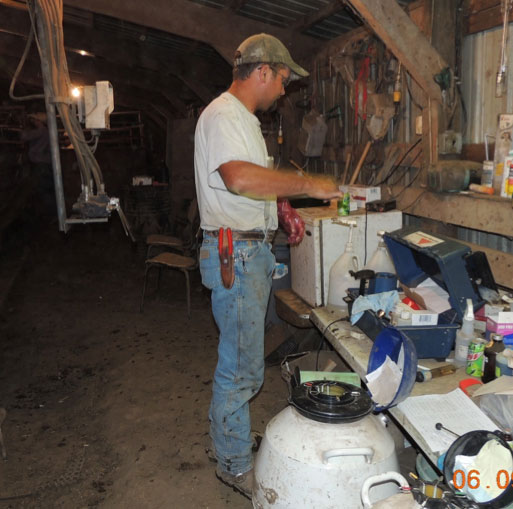 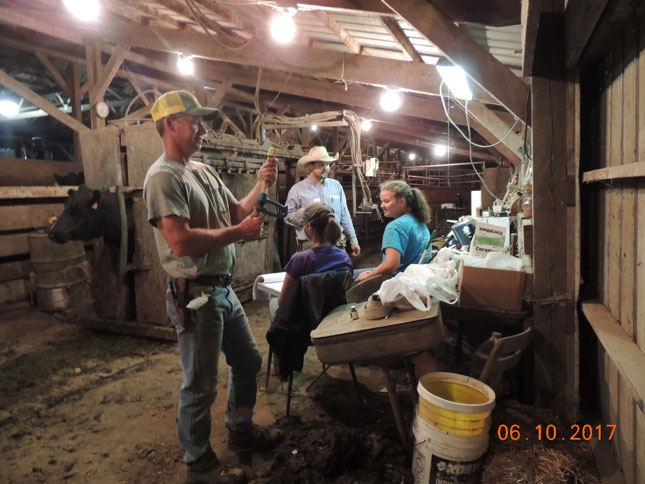 By about 12:30 people were starting to drag, or at least I know I was. We opened up some chips I nibbled on a few to keep awake. Then Uncle Joe turned the radio up and he and Aunt Bon had a competition to see who could guess the singer first! We were about half way through. We could do it! The night was still young, right? 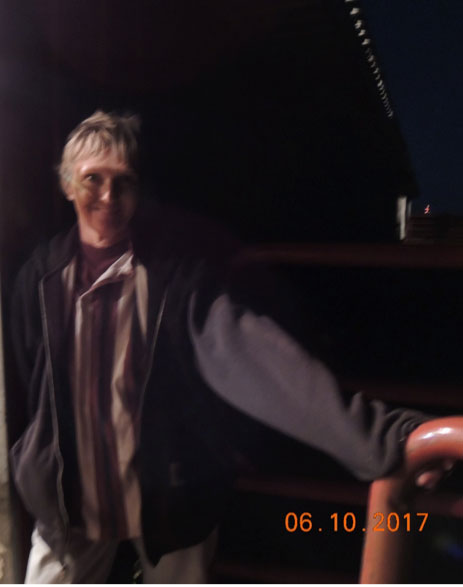 Sorry about the lighting. What I wanted to show is that the night air was cool enough that the gate people needed jackets. 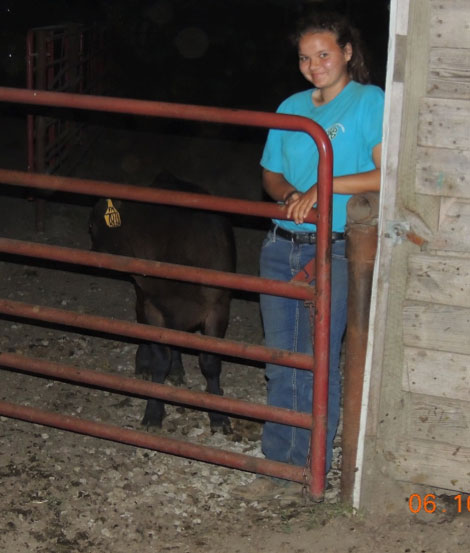 This little baby kept coming up to the gate to look for its mama. It came and stood by me several times. She was a sweet little thing.

We finally got it done! At 2:07 we were headed to the truck to go take a nap before the sun came up. ☺ We’re interested to see if the conception rates are any different than previous years. The weather was perfect for the cows. They stayed cool the whole time. Since we weren’t working cattle the next morning, we went ahead and got them moved to their pastures before the day got too hot. I don’t think anyone had trouble falling asleep for their Sunday nap!

Hope you have a good rest of your day and don’t get too hot!