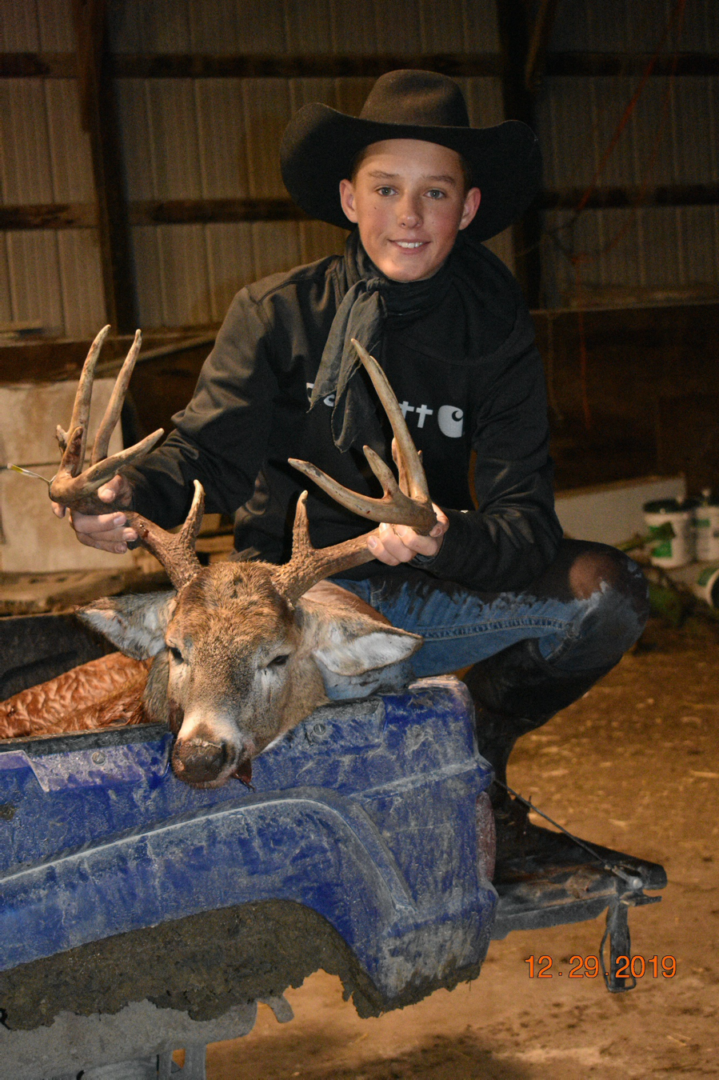 It’s slightly ironic that I’m showing you a picture of Matt’s deer first.  Mostly because Rhett is our mighty hunter.  That kid spends hours researching his hunting locations, checking his trail cameras, setting up tree stands.  And that’s not counting the time he spends analyzing wind speed and making sure I wash his hunting clothes with scent-blocking detergent.  (I make fun of him about that.  Seriously?  Scent-blocking detergent?)  I mean, Rhett is all business about his hunting hobby.

So when Matt asked to tag along, I was surprised.  Matt spends about as much time researching hunting activities as he does washing the dishes…as in nada, zip, zilch.  Yet he was the one to come home with a deer.  And let me tell you, he was also the one to rub it in to his brother.  Have you heard the term “self-hyping”?  That’s the trendy way to say bragging.  Matt took self-hyping to a whole new level.

So it was a relief to all involved when Rhett got a deer a week later.  And his deer was “better” than his brother’s.  That put the whole hunting hierarchy back in place and order was restored in the Larson household.  Thankfully.