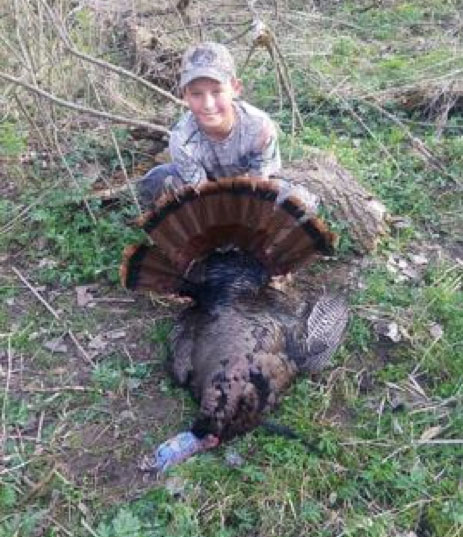 Youth turkey season started this weekend, and my boys could not have been more excited. Rhett has been practicing his turkey calls for the past month and he and Matt would go out scouting in the evenings looking for the perfect locations.

They even had one turkey named. “Sneaky B,” they called him. Matt said he was the biggest turkey in Ringgold County. Rhett said he doubted that. Brothers. 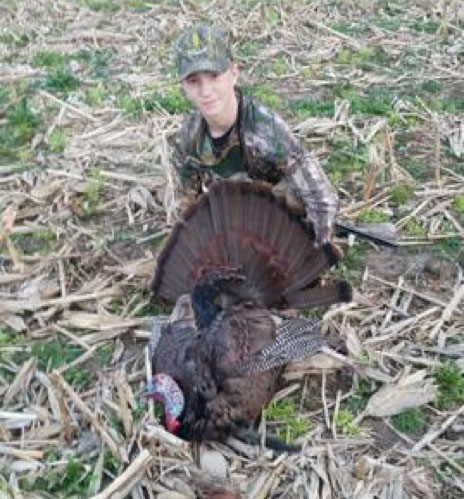 So Saturday morning rolled around, and at 4:30 Rhett was out the door with Connor and Jake to get settled in to their perfect spot. (Matt had the school lock-in that evening so he was still at the school.)

They spent all morning out hunting and then they saw one. And it looked big. They sneaked up on it quiet as a mouse and were just getting in shooting range when they realized it was actually a dirt clod. Bummer. But I got a big kick out of that so I was glad Rhett shared that adventure.

They came home for lunch empty handed but decided they would go out later in the afternoon. And this time they were successful! It was Matt’s first turkey and he was pretty excited about it. Rhett was too and you can imagine the conversation at supper about whose turkey was bigger or whose had the longer beard. Or the longer spurs. I didn’t even realize you measured all these things, but I guess there has to be some way of establishing bragging rights.

I thought both turkeys were spectacular and Clint has even agreed to cook them for Easter. And that was the best part of the story for me. I am not the best wild game cook. And Clint does a wonderful job cooking turkey. I can’t wait to eat them!