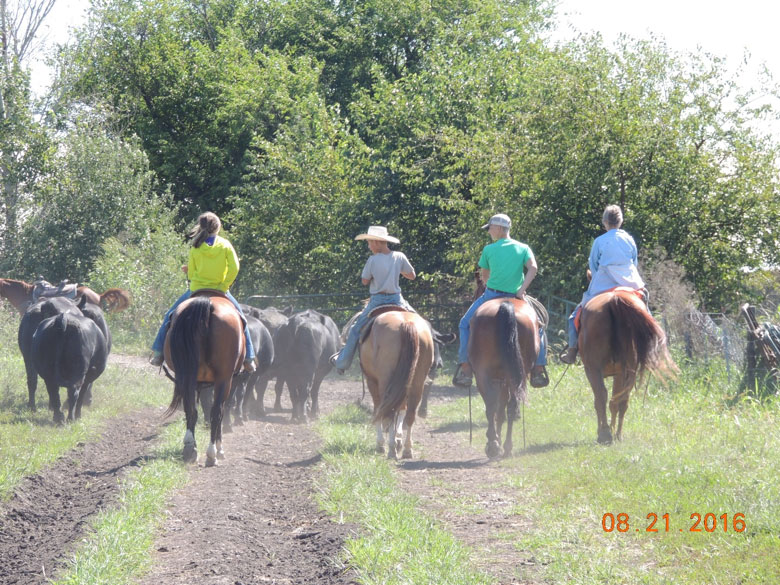 We’ve been moving a lot of cows around lately. It was the last week of summer vacation and it was unseasonably cool, so we took advantage of both. Here, the kids are helping move a group of spring heifers closer to the house so they will be easier to bring up when we preg-check. 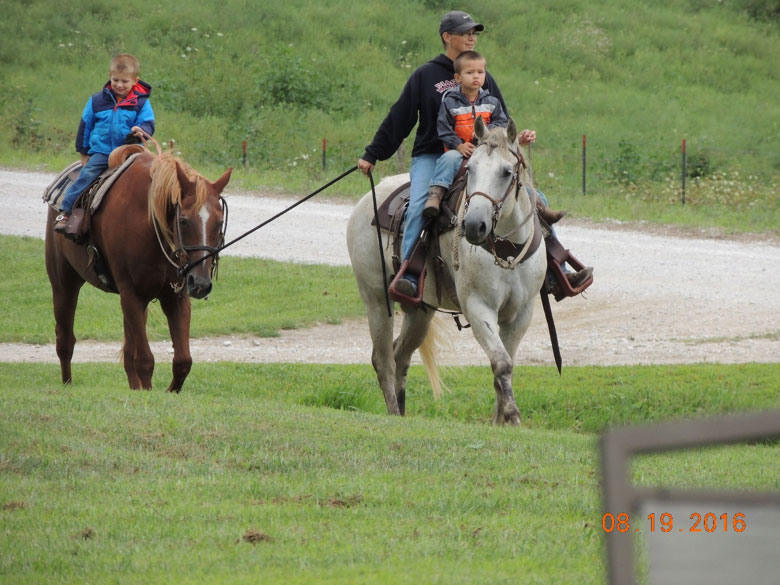 Ty and Jake have gotten to help on several drives and are so much fun to have along. On this particular morning, it was quite chilly. Ty was “fweezing” so we had stop at the house and grab his winter coat. He wondered about getting his stocking hat, too, but decided against it. He was much better after he got his coat on.

Then a day or two later, he tried riding by himself. Things went smoothly at first, but then his horse decided he would just stop and eat. Ty had to work hard to get his horse to do what he wanted. And when he finally got everything back under control, he said, “Ty’s heart is broken.” (He says that when he’s out of breath and his heart is pounding fast. Cracks me up!) It’s never a dull moment when you have these two along. 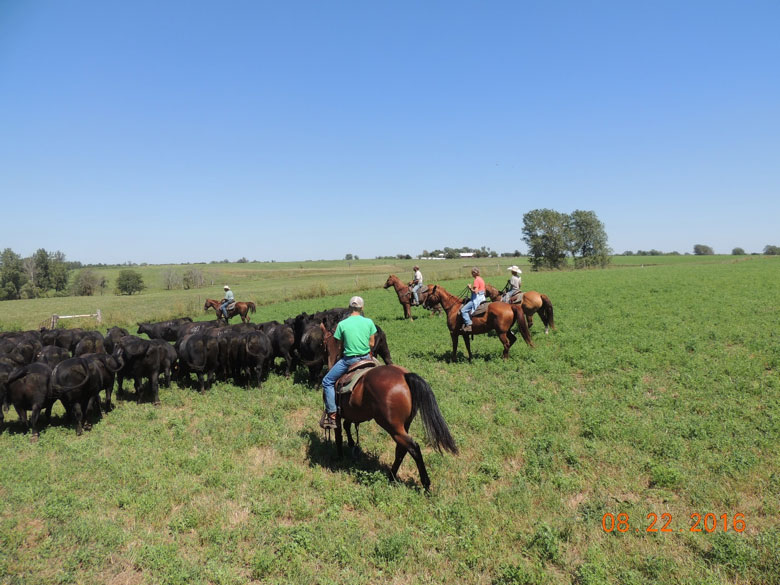 After we got the spring cows situated, we brought up all the fall calving cows. These gals are due to start calving in a couple weeks so we brought them up and sorted them into their calving pastures.

It was a good feeling when all the cows were moved to their rightful locations. WHEW! Now school can start.