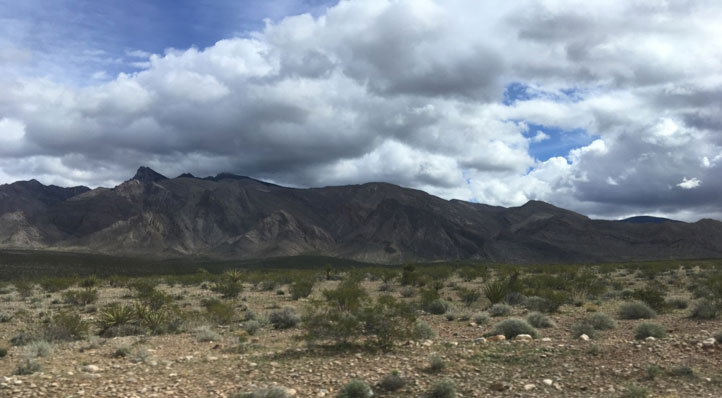 We went to Gold Butte one day and did a lot of rock climbing and saw some petroglyphs.  The ride out was gorgeous.  The mountains are beautiful!

Aunt Carolyn’s neighbor took us there.  He drove his jeep, because the last part of the road was really bad, and her van wouldn’t be able to make it.  He took the boys back first and they started climbing rocks, then he came back for Aunt Carolyn and us girls.  We kids climbed rocks and Aunt Carolyn and Larry (her neighbor) walked around trying to stay on a little flatter ground.  We ended up playing a little “hide and go seek” since the boys had a head start and they tried not to let us girls see them or catch up to them.  We finally met up with them! 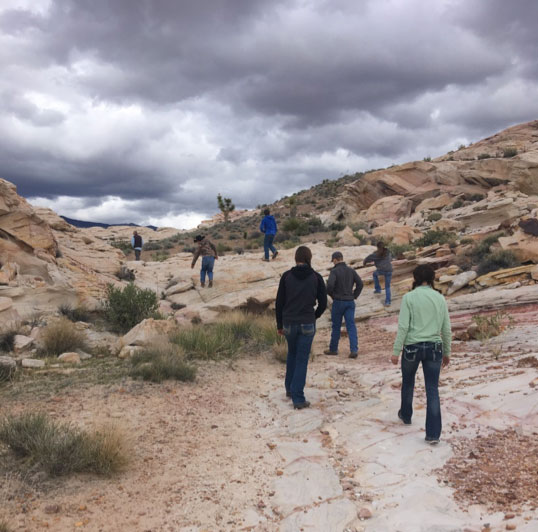 It was probably close to 2:00 before we headed back.  We hadn’t eaten lunch yet, so we were pretty hungry and worn out. 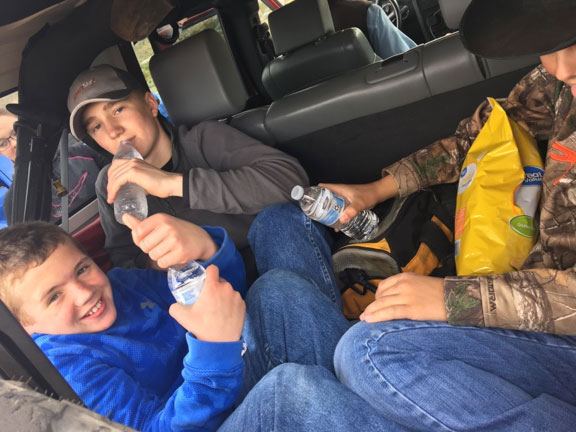 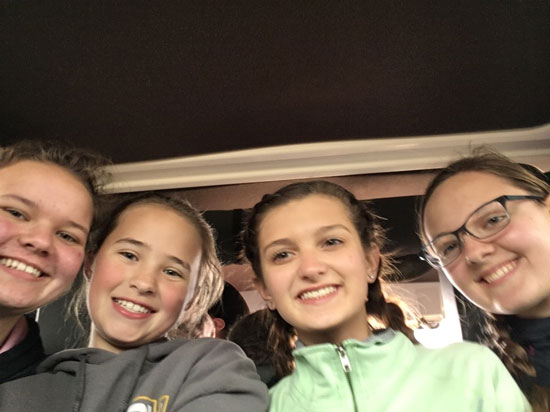 Instead of making two trips in the jeep we decided we could all cram in…  It was pretty tight.  We girls weren’t too bad, but the boys were TIGHT.  When Rhett got out he limped around for a while, because his leg had fallen asleep.  They made it without too much picking on each other.

We went home and ate some lunch then decided we would all take a nap.  Aunt Carolyn had completely worn us out! 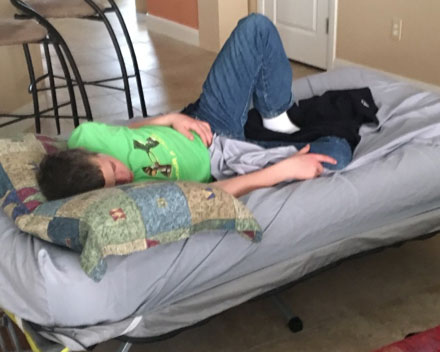 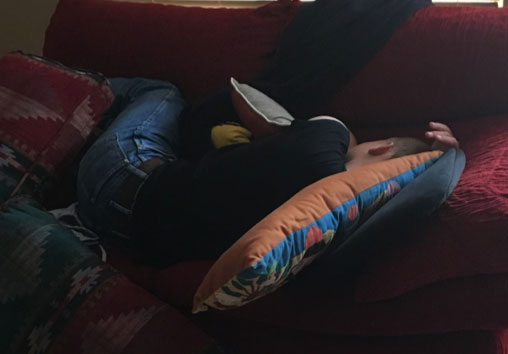 We took a big nap!  We did go to a park that evening and played a game of tag to run off some energy, though. 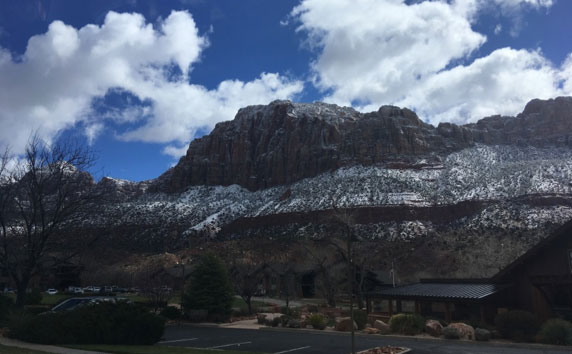 Tomorrow, I will tell you about Zion National Park.