I saw something very unusual Saturday night.  It caught me by surprise, actually. Around supper time, I saw Joe and Heather’s van head to town.  This struck me as odd because it is very unlike my brother to take his sweet wife on a date.  I’m not sure why that is exactly, though perhaps it’s because in order to go out, he would have to find a babysitter for his four kiddos. Or load them all up and take them with him.  Or it could be the fact that he doesn’t like to spend money.  Or maybe it’s because Heather is such a good cook, he doesn’t like to dine out.  Who knows?!

I was pondering all these things and questioning what had gotten into Joe when I realized it was their anniversary.  Duh!  Then I thought, “Oh my.  I bet they didn’t bother to see if anyone could watch the kids.  They are going out on their anniversary date with four small children!  That just can’t be!”

So I did the only logical thing I could think of and called Heather and demanded they turn around and drop the kids off at our house so she and Joe could enjoy an evening meal in peace.  Heather was a little reluctant because she doesn’t really like to leave her babies, but I was insistent.  (Poor Heather.)

Within minutes, we had a house full.  And it was so much fun!  We played with Matt’s ranch.  We played ball, we ran around, we wrestled.  You know, basic kid stuff.  And then, Rhett found a clip-on tie that he had put in the give-away pile.  Jake put it on and my heart melted.  He’s just so handsome! 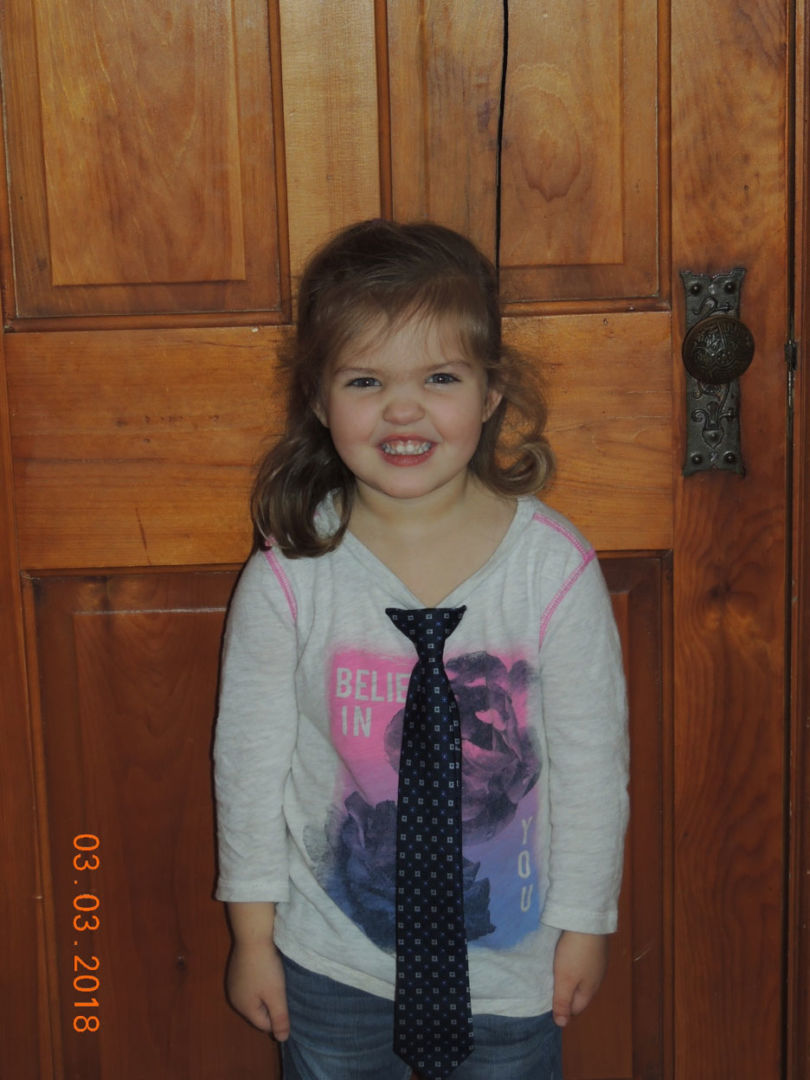 Then Emma had to try it on too.  What a cutie!