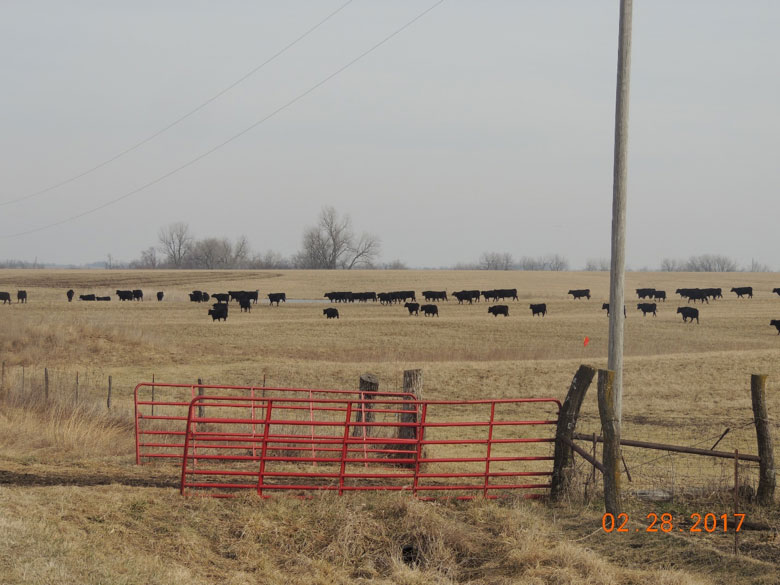 The day started out crisp and cloudy. It felt a little more like February weather. We needed to bring about 200 head of fall-calving cows up to the barn to preg-check them. Now we only had to move them about a quarter of a mile, so the guys thought they could do that with two four-wheelers and the Kubota.

See that wide open gate there? That’s the gate the cows were supposed to come out. Unfortunately, the cows missed that memo. They headed north for parts unknown. 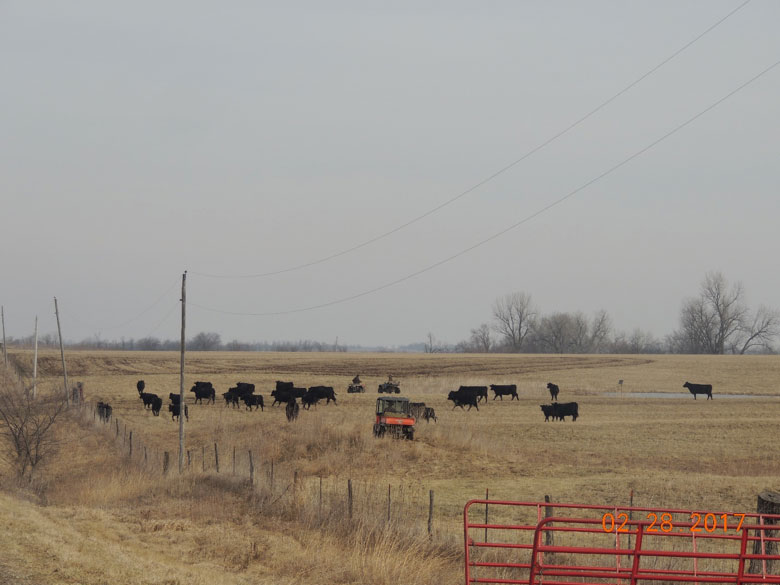 After ‘em boys! (That’s a famous line around these parts in reference to a Baxter Black column on “Carl’s First Sale.” You’ll have to read it sometime. It’s hilarious.) 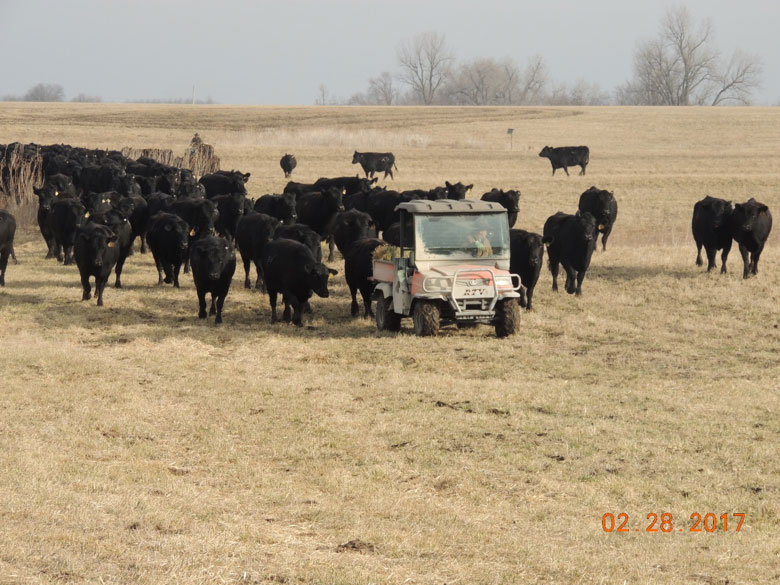 But in no time at all, the cows realized their mistake (such smart cows) and got turned around. 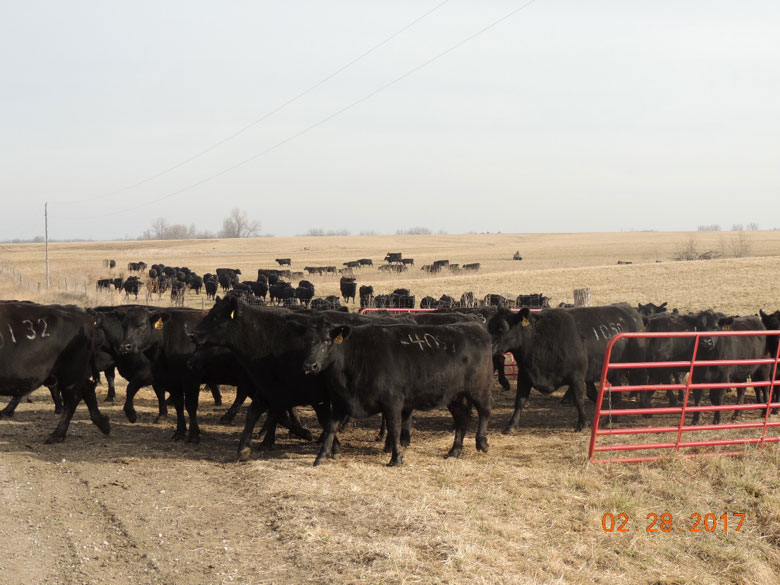 And headed peacefully to the barn.
I love it when a plan comes together! 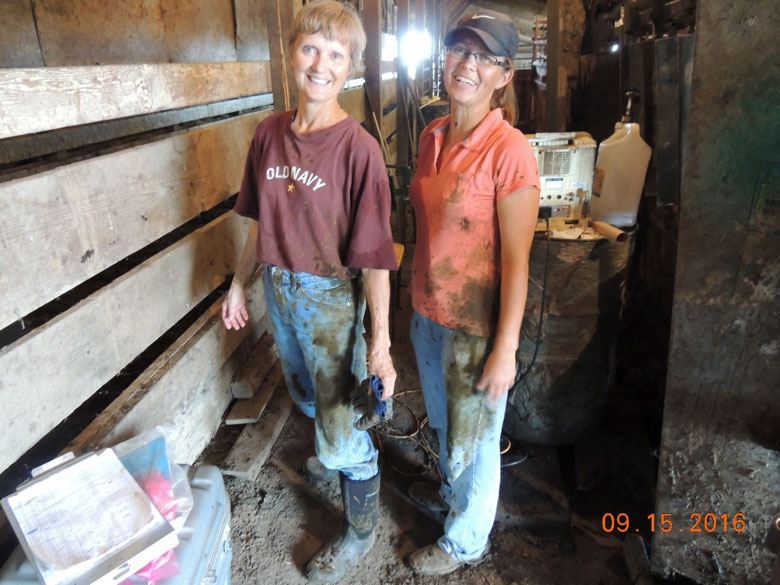 When we got them to the barn, we used our ultrasound machine to see if they were pregnant. And to do that, well, we get a little messy. I forgot to take a picture of us actually checking them, so I had to dig this one out of the archives. But you get the point.

Preg checking is one of my favorite things to do. I love it when you can see the baby’s ribs and head on the screen. It just makes my day! The fact that I get covered in manure really doesn’t bother me for some reason, which is a good thing.

Just kidding! Jeesh! Who do you think I am?! (Jessica, you’re not sitting there rolling your eyes and saying, “Aunt B-on!” are you?) No, I actually told Clint to stand still as he was walking back to load the alley and I wiped it on his coat. He’s a good brother. 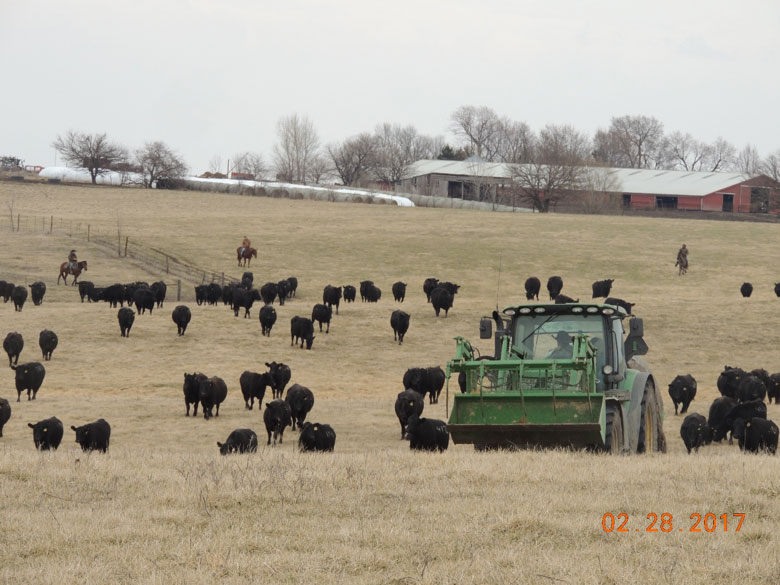 And when we were done, we moved all the bred cows down the road a few miles to their new pasture. 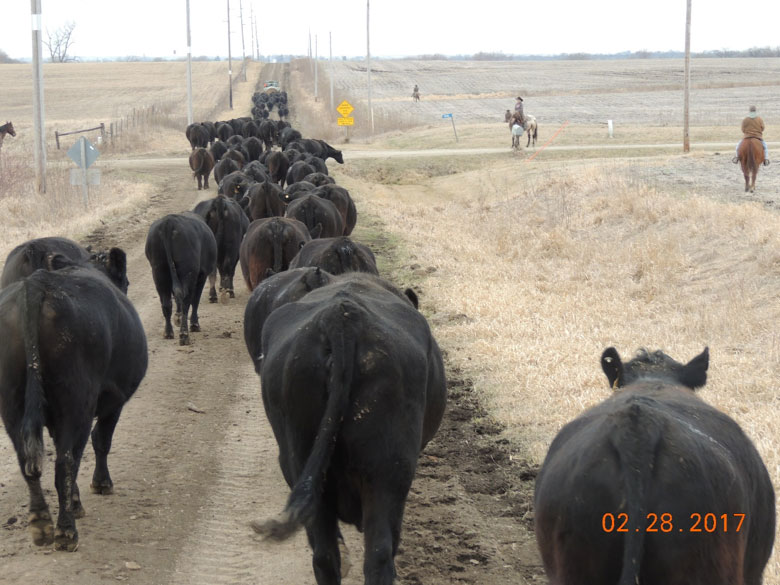 Notice we have horses this time? 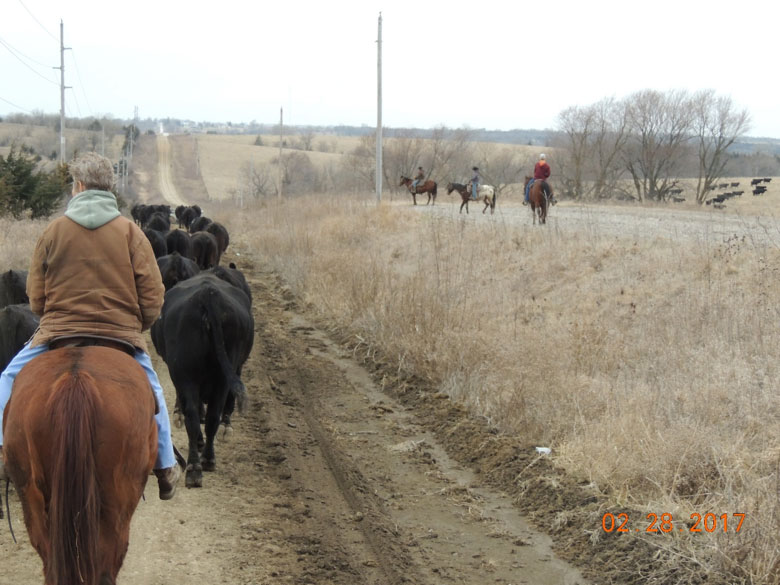 There you go girls! Congratulations on being pregnant!
Have a great weekend everyone!